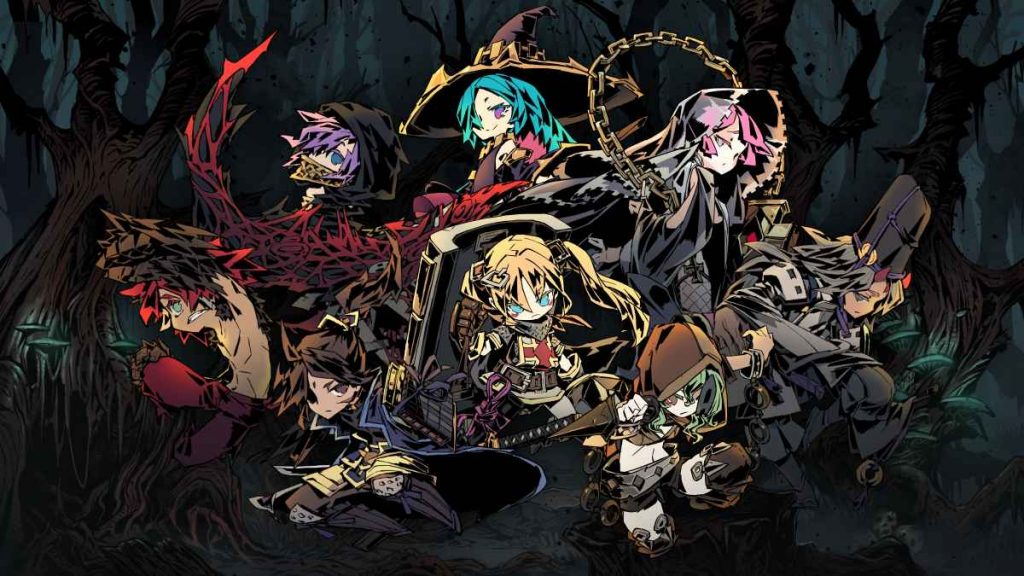 The rogue-like genre has a healthy list of classics: Dead Cells, The Binding of Isaac, Darkest Dungeon, Spelunky, and the list goes on. However, many rogue-like games have the kind of stilted difficulties that deter many on-the-fence gamers. However, Mistover might be the kind of game you need to jump into the fray with the genre of games listed above.

The premise to Mistover is very simple: defeat monsters, collect loot, explore maps, and level your characters. Doing these four things basically ensures that the end of the world will not come. The less you do while on expeditions, the more time that passes on the Doomsday Clock. When that clock strikes midnight, then everything is wiped out and you must start fresh from the beginning.

Mistover offers very little wiggle room for manipulating your game either. If you try to quit in the middle of a hopeless fight, you’ll jump right back in where you quit. Everything you do is tracked and saved. The only true way for you to revert to an old save is to backup your save to the cloud or a portable drive.

The above fact makes every exchange risky. Not only do you have to clear every single map you encounter, you also have to come out of it intact. If party members die, they are gone for good, and your investments into those characters go with them. New recruits of each class can join your party at any point, but redeveloping them takes a ton of time the game really doesn’t allow you to have.

On the other hand, developing characters is so much fun. You have gear you can fuse together, skills you can strengthen, and boosts you can unlock. These boosts, such as Luminosity and Fullness, allow you to see the maps better and explore longer, respectively. Everything you do and all that you have can be improved in some way.

Prepare for the time sink

Rogue-likes, in my opinion, have pacing issues, and Mistover is no exception. I enjoy seeing every attack, stat increase, and passive effect take place, because they add to the Dungeons & Dragons vibe the game creates on all fronts. However, the time it takes for all of those things to occur increases the amount of time you spend in every exchange. Some routine fights last ten minutes just because of all the different interactions taking place.

This level of investment adds to the tension you feel when taking on greater challenges. This is the rub for me: I wish there were a way to play the game more quickly, but the reward for winning feels so good after investing all that time and effort. Of course, Mistover offers a “Quickly” option, but you have to hold the button at all times for that to occur. Doing this isn’t hard, but having to constantly do it begins to wear on you; I found myself from time to time almost vice-gripped to the controller from holding down Cross for so long.

The other major point I wish to make comes with how the game requires you to succeed. As I mentioned before, in order to keep the Doomsday Clock from reaching midnight, you have to defeat all enemies, find all the treasure, and explore entire maps. Realistically, as long as you do everything, the clock doesn’t move. Early on, the concept of the Doomsday Clock feels ominous, but that effect diminishes as you spend more and more time clearing maps.

Granted, I can’t necessarily consider this a blatant negative. Mistover practically wants you to clear everything it puts in front of you. At the same time, losing that Doomsday intensity begins to stress just how much time you put into everything you have to do. This creates a diminished return on what the game wants to do versus what it actually does.

Mistover brings enough to the table for a good time

I want to be perfectly clear here, especially after the last couple paragraphs. While many aspects of Mistover don’t necessarily mesh perfectly together, developing your characters, knowing that they could be lost at any time (and they most definitely can), has such a cascading intrigue all its own. The more you play with them, the better they get. Farming is a big part of these games, but Mistover offers up a generous give-and-take ratio and combines it with engrossing development options.

Mistover is not the perfect formula, but it offers up its own level of intensity and intrigue. Developing your characters and gearing them up is as paramount to your success as is fighting monsters and gathering items. The risks of this rogue-like may not be as intense, to be fair. However, the other elements combined with that ever-present, albeit slightly diminished risk of failure make Mistover the kind of game rogue-like fans can easily get engrossed in. Hell, it even has enough liberties to entice those fence-dwellers as well.

While not a perfect affair, Mistover offers up a generous level of reward for the amount of risk needed to succeed in the game. Developing characters and collecting equipment make exploring each map that much more enticing. While risk isn't as big of a factor as it could be, and the amount of time needed to succeed is rather daunting, Mistover offers up an appealing formula all the same.