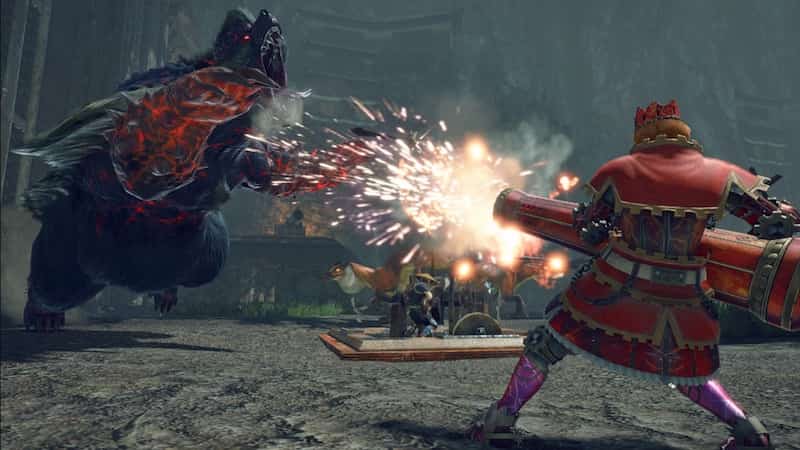 Monster Hunter Rise PS5 Review. The PS5 finally gets a port of the latest Monster Hunter title. Is it great to get back to the hunt? Find out in PlayStation Universe’s review!

It doesn’t seem like five years since Monster Hunter World brought the long-running franchise to a much wider audience than ever before, but PlayStation owners who fell in love with that game have still been hankering for a fresh slice of the monster-hunting pie. So, it was naturally a bit disappointing to see Monster Hunter Rise drop exclusively on Nintendo Switch in 2021, and PC a year ago. But now it’s finally here on PS5, and it’s fair to say it’s just about worth the wait.

The sixth mainline game in the series, Monster Hunter Rise takes the improvements made in Monster Hunter World and a few pieces of Generations, then refines and streamlines them, and chucks in a pot of fresh additions. I like to think of Monster Hunter Rise as a rearranging of the table set by World, with some changes to the seating plan. 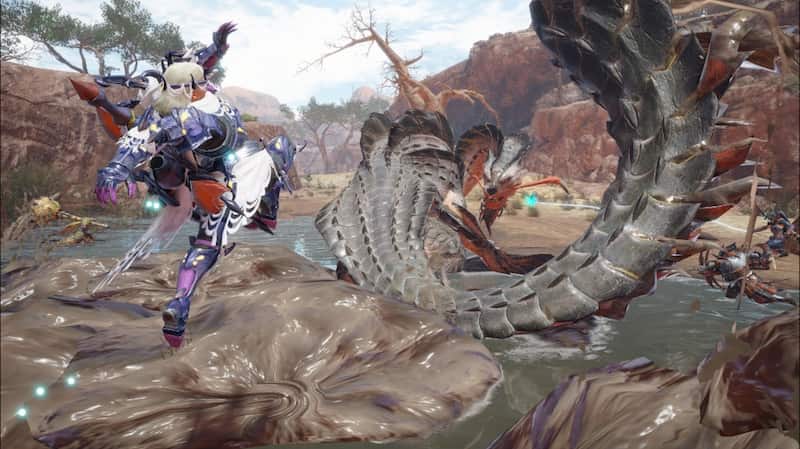 The player is a freshly-anointed hunter in Kamura Village who happens to be starting the job just as signs of an disastrous event known as the Rampage is about to kick off. When the Rampage previously occurred, the village was attacked by hordes of frenzied beasts, so it’s up to you, the player, to try and get the jump on this situation before it escalates out of hand. You’ll be dealing with the Rampage at some point, but for now, it’s time to slip back into the comfy familiar slippers of some good old-fashioned monster hunting.

Having begun life as a Nintendo Switch game, Monster Hunter Rise isn’t quite as visually detailed as its predecessor, though it does retain that game’s seamless maps. That would be a drawback, but the cleaner, clearer view of what’s going on here actually makes for more efficient, comfortable hunting. It’s a step back that brings back a little something that felt like it was missing in World.

It’s still a sleek-looking game, and everything moves at a quicker, more fluid pace than World did. Loading in single-player is massively improved, with an almost instant jump into maps outside of a few occasions where a narrative intro to the mission at hand is required. There’s far less tracking of monsters here, with the impetus on getting into the thick of things as quick as possible.

Epic Battles That Will Keep You Hooked

The fights can still be epic of course, but the buildup to your battles is generally far less laborious in Rise. Perhaps the maps lose a bit of the winding wonder they had in World by being a little more compact and relatively simple in structure, but this still contains all the things that made the hunt a hoot last time around. 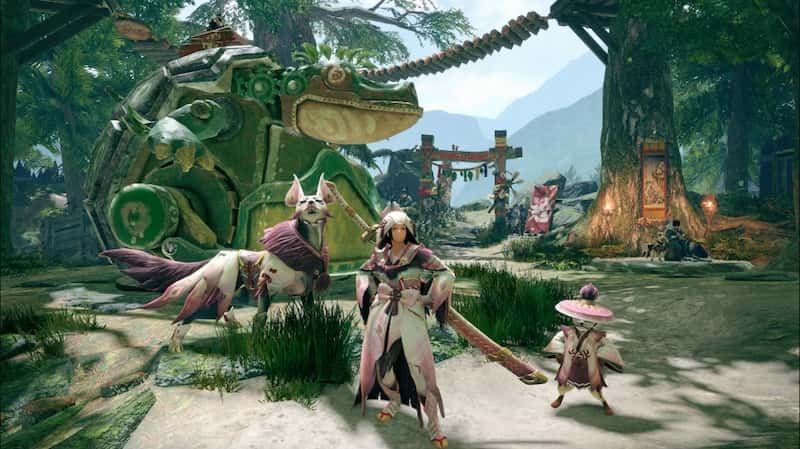 There’s something moreish about Rise’s structure and it has a lot to do with how the whole hunting process has been streamlined without losing the obvious Quality of Life improvements from the previous iteration. By being initially made for a portable console, Rise regains a compelling immediacy for the series.

Among the new additions to the series’ arsenal is the grapple hook-style Wirebug (itself an evolution of what was found in World’s Iceborne expansion) to make short work of vertical travel in certain places and can also be used to ‘Wyvern Ride’ bigger monsters, and utilize them as makeshift weapons against other monsters or just to a load of damage to them by smashing their weird skull into a cliff face. But to really get going, Palicoes are no longer the only animal friend you can have.

Palamutes are basically very big dogs that can be used as steeds to get around maps quicker, but they also are able to contribute in battle. When playing solo, you can have two AI partners of your choosing from Palico and Palamute alike, and it really adds a new dimension to combat. In co-op, you can only choose one, so a new layer of strategy is added in online play.

I was quite pleased that Monster Hunter Rise does a grand job of making single player play work. I really like Monster Hunter World, but to play it solo was almost unbearable. For this review process, solo play was practically the default option, so it was a relief to find it was more palatable this time around.

Repetition In Solo Play Bogs Things Down A Bit

Unfortunately, it does get a bit repetitive when solo play is your only option. Obviously not a problem post-release, and there’s a clear avenue for a personal resurgence with Monster Hunter Rise when it has a larger audience on PS5, but the flaws of solo play are absolutely laid bare when put under the scrutiny of extensive sessions. In a way, regular solo play is almost a tutorial for the meat and potatoes of what Monster Hunter Rise offers, but the desert is where it really earns its keep. 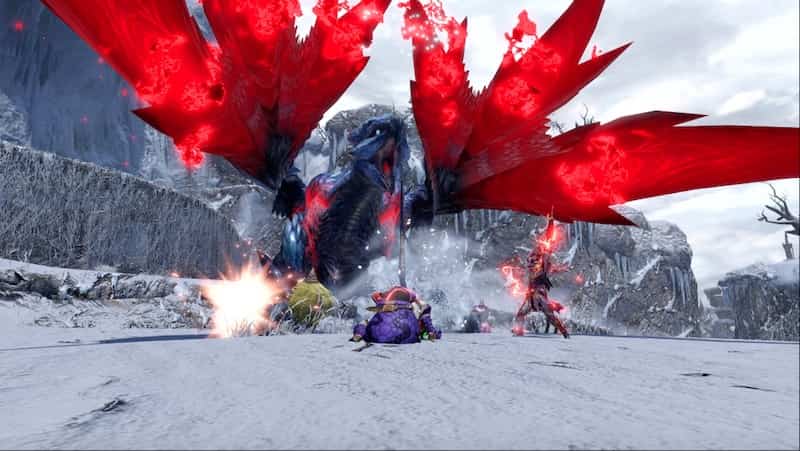 The aforementioned ‘Rampage’ brings a tower defense mode that is the most utterly thrilling addition to the series. Whether alone or with friends, ‘Rampage’ has an intensity you simply cannot get elsewhere in the game. Waves of monsters will assault your base, and you need to prepare for that with the right setup and the traps to slow their aggressive progress.

I know most people don’t much care for what Fortnite was (an open world tower defense game) before it became a Battle Royale game, but I personally love it, and having Monster Hunter Rise do something similar to that game is a personal highlight for me.

Monster Hunter Rise is just about the right mix of refinement, streamlining, and progression to make for an enjoyable sequel. Rather than bloat what was already teetering on the edge of excess, Rise prunes the formula to show its inner beauty more clearly. It’s a shame this is not packed in with the Sunbreak expansion, but there’s plenty to be getting on with what is the sleekest Monster Hunter experience on PlayStation.

While not as technically impressive as its predecessor, Monster Hunter Rise succeeds as a follow-up by focusing on getting players into the hunt quickly and comfortably without compromising on challenge.