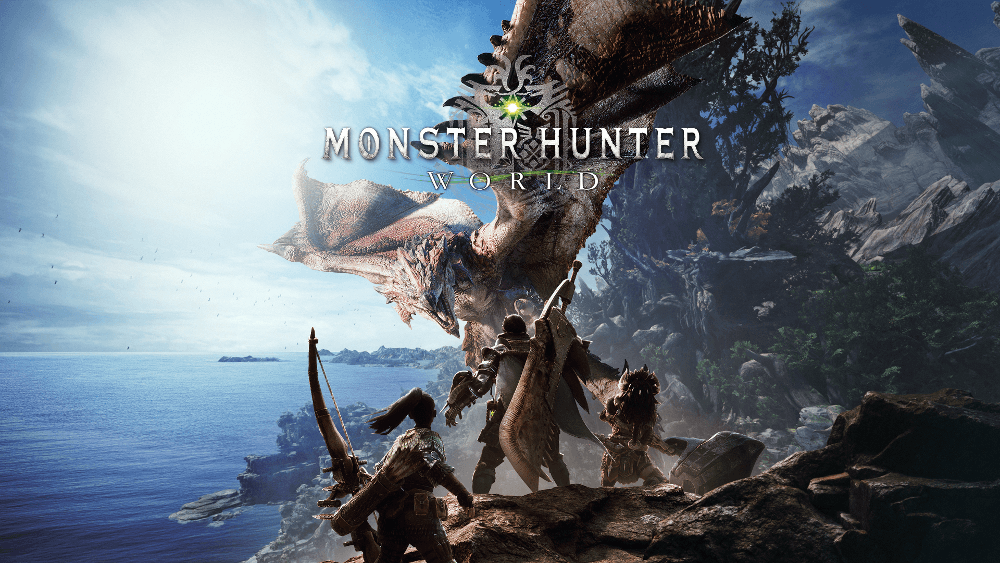 It had been hours since I started fighting that damn Rathalos. Each time, I had a satisfying exchange, inflicting tons of damage with my insect glaive. I had it on the ropes time and time again, but time and time again he found a way to decimate me with his enraged and erratic aerial movements. The insect glaive wasn't doing enough. I had to try something else.

On a whim, I picked up the Switch Axe. I wasn’t completely familiar with its combos or nuances, but I chose it anyway. This time, I found success as I learned this new weapon. This could be it. After he fled, I caught him sleeping in its nest at the top of the forest. I switched my axe to its elemental form and went ham on the Rathalos' cranium. In a rage it woke, swinging and flipping every which way. I narrowly dodged a fireball, and it turned its attention on my Palico. Still enraged, it fired a blast at my Palico. The fireball struck the dam wall, releasing a wave of water at the Rathalos, sending it down the slope and off the mountain! I stood in awe at what I had seen. The tide had literally been turned. This spontaneous display was never in any Monster Hunter game I have ever played before!

This is what Monster Hunter World is all about: perseverance and spectacle. But before all that, the game begins on a transport ship as you venture to the island where all the Elder Dragons are migrating. The mystery behind this reveals itself soon enough, and it does something that no Monster Hunter has done before. Monster Hunter World manages to delivers both what Monster Hunter is at its core and how it works. It doesn't detail every little thing, because there would be no time to play if it did that. There's just enough information delivered in a memorable and beneficial way, all while ensure that you still learn on your own. With all its moving parts, there's a charm of expanding your knowledge this way that a simple tutorial could never equal. This approach is unique to what the franchise has normally done. Before this, these games simply had a wall of text that explained the core concept of the game, trying to iterate as much as possible without overfilling your short term memory. However, that cup runneth over almost every time. Here, you're allowed to absorb content and context in a more natural way. The Monster Hunter World narrative gives a focus to your hunts, allowing you to spend more time trying new things instead of shuffling through menus and tutorials just to figure out what to do next.

What truly flabbergasted me in World was the world itself. Sure, it's gorgeous and filled to the brim with little visual goodies, little nooks and crannies just waiting to be discovered, but there is so much to this game that even after playing for 50 hours I'm still learning. In fact, while running around with fellow staffer Garri Bagdasarov, I decided to actually investigate what those big, glowing beetles were for. For the longest time, I thought I had to do something special to pick them up. Instead, they act as latching points for your rope to better reach more secluded and blocked off areas. Another thing I just learned was being able to run up a wall and jump off. This is another great way to mount monsters and inflict crazy damage. In fact, there are tons of examples of these that make getting around in World so much easier, including a lift back at base.

In terms of gearing, a lot of the formula remains the same: Bring the right parts to the smithy, and he'll give you what you want. A lot has changed since Monster Hunter’s last foray outside of Nintendo, however. Gear can be altered in modest, yet wonderful ways. Colors can be changed, and some of the better gear has slots for gems, which add extra stats to already stacked gear. This makes upgrades more palpable, and this gear is already tantalizing. For instance, you can add extra damage to a more defensive piece and vice versa. There's always the option of adding electric resistance to a piece that's weak to electric damage, as well. Most of the narrative is based in the low risk hunts, but you can soon after take on high risk hunts as well. These have you spawned in random zones to fend for yourself with whatever you have in your inventory. Oh, and monsters hit harder, too, and are much more aggressive. Expect a challenge, and be sure to gear yourself to the nines. The Gathering Hub above the base has special challenging missions only for the most powerful hunters, grouping you with other to take on intense fights with limited resources and time crunches. There's plenty of different ways to prove yourself in World, and they only get more challenging.

While World has a ton of content and delivers on that content, it has some quirks that are hard to ignore. Monster Hunter has always been about persevering against the odds of fighting monsters towering over you, so the game is not expected to be easy. However, the problem comes with how the game bottlenecks the pace into a more linear focus. This is honestly one of the best ways to help players progress along, as it allows access to just enough monsters to make the gear necessary to keep going. In spite of that, the narrative shifts pace after a while and has you spending a ton of time gathering information across all zones. Arguably, this pushes you to explore the maps more closely and find even more things to fill your coffers, but the feeling of progress comes to a complete halt at these points. Leading into these quests, the narrative has a healthy, forward-moving pace with just enough mystery to face that next big set of teeth. I was at odds with this point for a long time. There are strong positives and negatives. I understand what's being done here, but it can take away from a good thing. The parts that follow are equally interesting, as the stakes behind the monster migration continue to grow, but the stuttered pace begins to take away that feeling of growth that comes with the story line.

Teaming up with other hunters is much harder than it should be as well. You can join someone's session that makes it technically easier to group up with other hunters. Unfortunately, these sessions are more like servers rather than social hubs. From there, someone posts a quest, and everyone who wants to participate can sign up for that quest. This isn't much different than when Monster Hunter was adhoc-only, but the only thing that tells you what’s going on is a series of small on-screen prompts. The reason this isn't a full-blown negative is that you have the option to use an SOS Flare and call in assistance to anyone who responds to it, which is a happy medium between struggle and progression, but the overall grouping process could be cleaner.

While all extra and optional missions can be done with friends, the vast majority of the narrative quests are single player only and cannot be repeated. Way back when, there were very few quests that couldn't be played with friends. I'm torn on this point as well. There's a sense of validation that comes from playing through these fights on your own. They test your mettle, and they prove yourself worthy to continue on. This formula also makes it so that, unlike the old games, you couldn't just have your friends run you through everything and max you out in an evening or two. At the same time, it's a shame that hunters can't start out together and grow together. There's a lot to learn in the World, and having a struggle buddy makes it all the sweeter.

With little in its way, Monster Hunter World smashes expectations with its organic, living, beautiful world. Matchmaking has its quirks and qualms, but little stands in the way of what’s been created here. Monster Hunter World raises the bar high without distilling what made the franchise special in the first place.