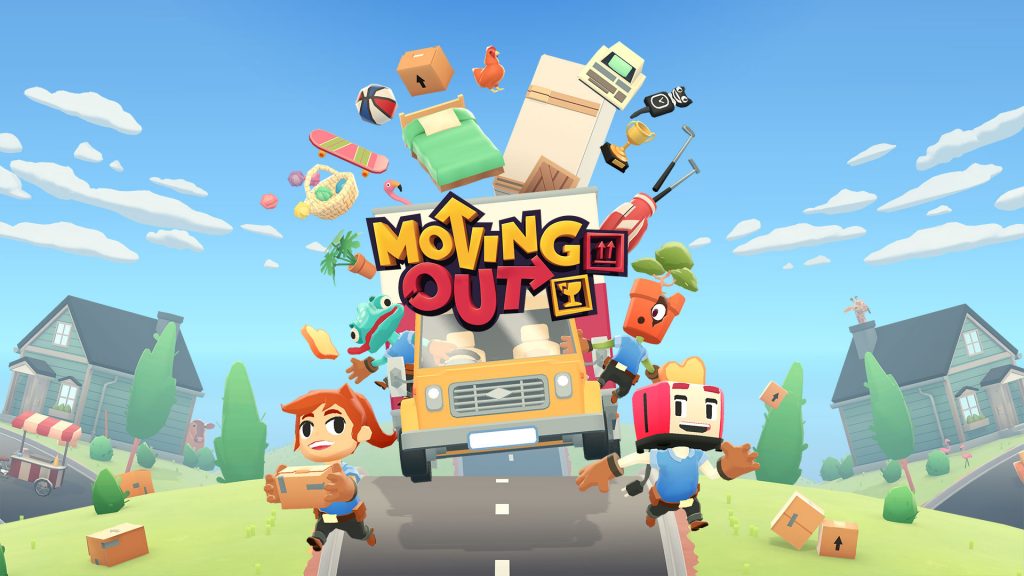 In these unprecedented times there’s a lot to be said for the use of video games as a mode of communication, connection, and perhaps principally a way of staving off the boredom inherent in being cooped up at home.

There’s even more to be said for that particular subset of games that manage to bring the family together, be it in a competitive or cooperative fashion. You’ve likely been there before; taking pop shots at your cousins with the Gold PP7 in GoldenEye’s multiplayer whilst they cowered behind cover, to the ungainly sight of your parents flailing about in one of the many EyeToy releases. A thought worth a thousand shudders, that.

Though the advent of online play has quelled a lot of that sitting room fervor, this generation has brought about a bit of a resurgence, what with successful releases like Lovers in a Dangerous Spacetime and Overcooked, amongst others – games that have prided themselves on evoking a sense of comradery and good-willed hostility in equal measure. And that’s where ‘Moving Out’ slots in nicely, SMG Studio and DEVM Games’ fantastic new physics-based caper that aims to bring local play and families together all in the name of furniture removal.

Taking its visual cues from what can only be described as a mashup between a mid-1980s instructional VHS and a spandex-clad workout demonstration (with a healthy dollop of the aforementioned Overcooked, too), Moving Out is unabashedly committed to its ‘80s aesthetic and combines it with a slapstick and oblivious humour to deliver a mighty first impression.

Assuming the thankless role of a Furniture Arrangement & Relocation Technician (we’ll let you make out the acronym) for the Smooth Moves furniture removal company, you and up to three other players are tasked with carting throughout the town of Packmore in your well-worn truck, picking up various removal jobs; jobs that’ll see you empty out the likes of snowy condos, haunted houses, and office blocks within the 30-level campaign.

Couch Co-Op Fun Is On The Work Docket

By extension, Moving Out’s gameplay is decidedly fast-paced and manic. Once the cowbell sounds, chaos descends as you and your motley crew of movers set about picking up all the required items, paying little attention to the destruction caused by doing so. From a control perspective things are relatively straightforward, with a hold of the shoulder buttons controlling your ability to pick up items and the Square button controlling the throw and slap mechanics. The real nuance – if something as unsubtle can be called that – comes from the interaction with the levels themselves as you find optimum ways of delivering the items in the fastest possible way.

As is to be expected, the levels are time-trial-based, with a gold, silver, and bronze up for grabs, depending on how quick you and your team can be. In addition, there’s also three hidden challenges within each level that are revealed upon completion. The requirements for these challenges can range between smashing all of the windows of a level (you’ll do this without bating an eyelid) to other more involved challenges, which will have you poking about the level prodding every corner.

The pursuit of gold medals and all challenges in each level does bear fruit, too. Within Packmore there’s additional levels in the form of both the VHS Superstore and the Arcade.

With the former, the more gold medals you earn, the more playable ‘memories’ of Smooth Moves’ past you can play through; these small vignettes range from participating in the Small Business Soccer League Semi-Finals to moving furniture during The Great Flood of ’83. The Arcade, on the other hand, unlocks Takeshi’s Castle-style gauntlet levels (if General Lee had you lugging a couch through the obstacle course too, that is). Though not particularly meaty, these asides do break up the standard gameplay nicely.

As you can imagine, in practice the game can get decidedly frenetic, as you and your fellow movers bumble about, trying to heave-ho a bed out of a two-story window and onto the removal truck or slalom a deck chair through a course of rakes. Though there is an air of chaos to proceedings – the mantra of ‘’it was broken before we moved it” rings very true – there is a level of skill and depth to the gameplay, with a lot of variables at play. It’s definitely a case of easy to learn, hard to master, too – with unbridled chaos that ensues with the former making Moving Out something truly special.

Moving Out Is Accessible For All Players

To foster that pick-up-and-play dynamic SMG Studio and DEVM Games have included a set of accessibility modifiers, ensuring that people who are unfamiliar with the finer workings of game mechanics and control can still enjoy the experience and get a sense of satisfaction from completing removal jobs.

With these options you’re able to reduce the difficulty, extend time limits, lessen the load of two-person item pick ups such as fridges and couches, and even make items disappear upon wrestling them onto the removal truck. Hell, in traditional terms, half the battle of a level comes from attempting to coerce a particularly tricky table onto the truck when space has become scarce. It’s advised to get the bigger items on first and then lob the rest on top, paying little attention to the crunching thuds that follow.

The mantra of accessibility extends to representation, too, with the inclusion of wheelchair usage for each character if you so choose as well as dyslexia-friendly text. By consequence, Moving Out very much positions itself as a game that actively encourages all types of players – and some of its best moments arise from handing the controller over to family members who usually wouldn’t touch video games.

When you combine that lack of controller intuition with the generally floaty mechanics – and not least the fact that something is breaking every two seconds – you get some genuinely laugh-out-loud moments, and this is undoubtedly where Moving Out comes into its own. For some more seasoned players, the slight finicky nature of the physics (through doors, especially) may be a cause for contention as is the omission of any form of online multiplayer but ultimately these niggles don’t detract from what is, at its core, an accomplished couch co-op title primarily designed for players of all abilities.

Coming at a time where people are clamoring for a way of passing the hours and perhaps even unifying the household, (your mileage may vary on that front) Moving Out is a resounding success. Its accomplished blend of pick-up-and-play mechanics mixed with the sincerity in which it delivers its humor and aesthetic make it some of the best fun you’ll have gaming this half of the year. Though some may come undone with the lack of an online multiplayer and other little faults and niggles, Moving Out has effortlessly put itself in contention as one of the best couch co-op games in recent memory.

Moving out releases on PlayStation 4, PC, Xbox and Nintendo Switch on April 28, 2020.

Moving Out's accomplished blend of pick-up-and-play mechanics mixed with the sincerity in which it delivers its humour and aesthetic make it some of the best local multiplayer fun you’ll have this year.