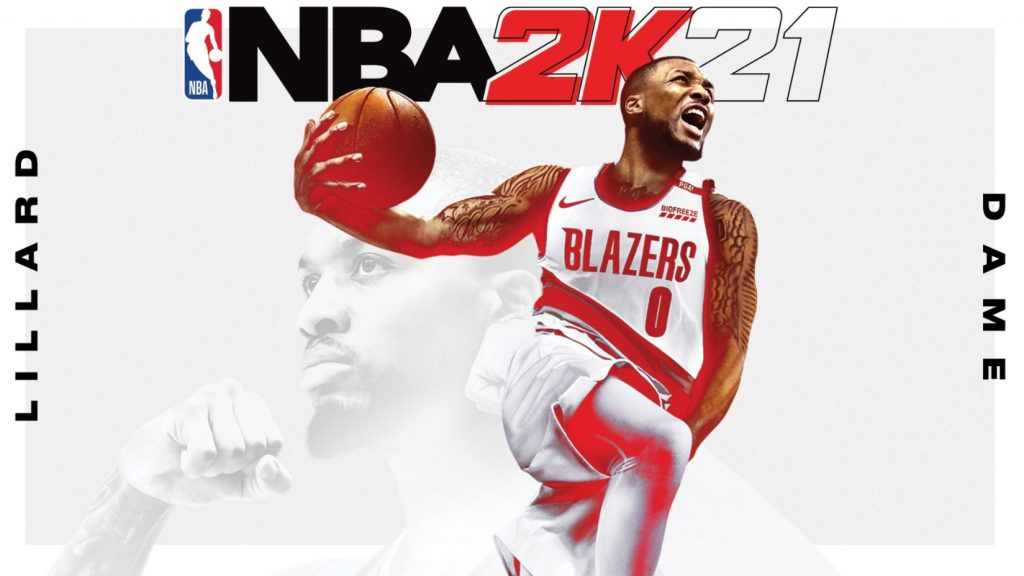 NBA 2K21 PS4 Review – Much like baseball, basketball is a sport I enjoy playing so much more than watching it be played. When either MLB The Show or NBA 2K release each year, my wallet opens up with earnest. NBA 2K21 takes much of its previous success and brings it to this year’s outing with only a few changes. Is this the formula for continued success?

If It Isn’t Broken…

The biggest issue that comes from annualized titles is the sense that development reaches a plateau with incremental adjustments and enhancements coming each year. In regard to modes, MyCareer and MyTeam work the exact same ways as last year. From a gameplay standpoint, I have little room to criticize NBA 2K21. Player movement is directly affected by a clever combination of stats and player input, and many other sports titles could take a lesson from the balance that NBA 2K strikes in this area.

The shooting has been a hot topic and I must admit that I had some growing pains acclimating to this year’s system. In particular, I felt the limitations of it in the early days of my time in MyCareer simply because my stats were so low. Once my player started reflecting an adept player with stats that reflected one, the wiggle room built into the shooting system began to show itself. Perfect timing is always rewarded, but skills and perks help to even out the playing field.

At the same time, I wish there were some way to allow for stats to improve player movement a bit more. What I like the most about NBA 2K is that movement is very tactical and rewarding when executed well but also punishing if done incorrectly. At the same time, when players have higher numbers in, say, agility or strength, then those players wouldn’t be so easily overtaken. Perks and skills help in this area — and I don’t think that this is an aspect of the game that can be easily remedied — but I also do not think that having the game automatically handle this side of the gameplay would be organic either; hence why I won’t count this as a negative or a positive but rather a speculation.

I’ve played sports games for the better part of a decade now, and I’ve enjoyed a lot of their game features and modes along the way. MyCareer has me in the same way that MLB The Show’s Road to The Show came out of nowhere and hooked me. Progression feels so rewarding, as everything I do contributes to my player in some way and the narrative brings extra motivation to the player development. The narrative is a common story in sports, but the writing and execution bring Long Shadow far above the middle ground.

With other game modes like it, I always want to rush to get through the high school and college years as quickly as possible. Long Shadow made every aspect of the story mode worth experiencing fully. Couple that with a legitimate sense of progression, after applying my earned credits, and the time invested in my character felt worthwhile the entire time. Progression comes from using VC coins earned through playing the game to strengthen different attributes; but more on VC coins a little later.

How Long Shadow connects to The Neighborhood has the kind of potential that PlayStation Home once had. The Neighborhood is a social hub that allows people to meet up and play each other in a public setting. Other players can watch games as they happen without interruption, and they can even line up to play the next game. One of my favorite areas to hang out in is The Cage simply because the courts have trampolines on them to pull off some absolutely insane moves.

At the same time, this direct connection plays into one of my biggest frustrations with NBA 2K21, and it’s a hangup that comes with almost all online services: lag. As mentioned earlier, shooting requires discipline and timing. After spending hours in single-player mode, transitioning to online play saw me missing routine shots simply because I had to learn how to account for lag. Jumping between these connected modes is a level of discipline that keeps me from wanting to switch between the modes too often.

I brought up PlayStation Home for a reason, and that’s in the sociability of the game. Outside of pickup games, players can meet up in the arcade and hang out or hit up vendors and customize your character together. Options are still limited in The Neighborhood to a few stores or venues outside of the basketball courts, but the potential for something special is there. Outside of the early server issues I had — such as perpetually waiting for a game to start or the game crashing when trying to access The Cage — the next point could be something that hinders the future of this mode if executed thoughtlessly.

For the sake of transparency, my early time with The Neighborhood was tumultuous at best. I spent literal hours waiting to play a pickup game with five other people while the court was empty. The entire neighborhood worth of courts was empty, and this occurred over the span of a couple of days. In recent plays, The Neighborhood has behaved as expected, with only a little load-in lag that comes from watching other pick-up games. My game also crashed every time I tried to enter The Cage, which I mentioned above, but that has since been remedied. I expect the majority of these issues are in the rearview mirror now.

Microtransactions will always be an issue simply because they’ve been highlighted and distributed in negative ways. Some games push them too hard. NBA 2K21 doesn’t necessarily push them, but the game points you in that direction at almost every turn. Even in MyCareer, you can buy VC coins to power up your player that much faster. The game doesn’t bring up buying VC coins directly, but the game does provide a button to add VC whenever VC is involved. Knowing where that button takes me, I avoid it out of spite more than anything.

In terms of gameplay, NBA 2K21 remains a wonderful entry in a franchise with wonderful, engaging gameplay. Some of its network features have some room to grow, but the potential they keep building each year can’t help but generate excitement. Microtransactions continue to rear their head, though this year they come more in the form of overall implied convenience rather than blatant salesmanship. Linking a single-player mode with a multiplayer mode still has me scratching my head, but both modes, when understood in their own rights, bring unique options to an established franchise.

NBA 2K21 executes the fundamentals of basketball to perfection. Add to that a wonderful narrative in Long Shadow, and the package becomes even more appealing - even if MyCareer is linked to an online mode. These modes have a lot of potential, especially My Neighborhood, but some of the ideas still need a year or two of percolation before they're at their true potential.