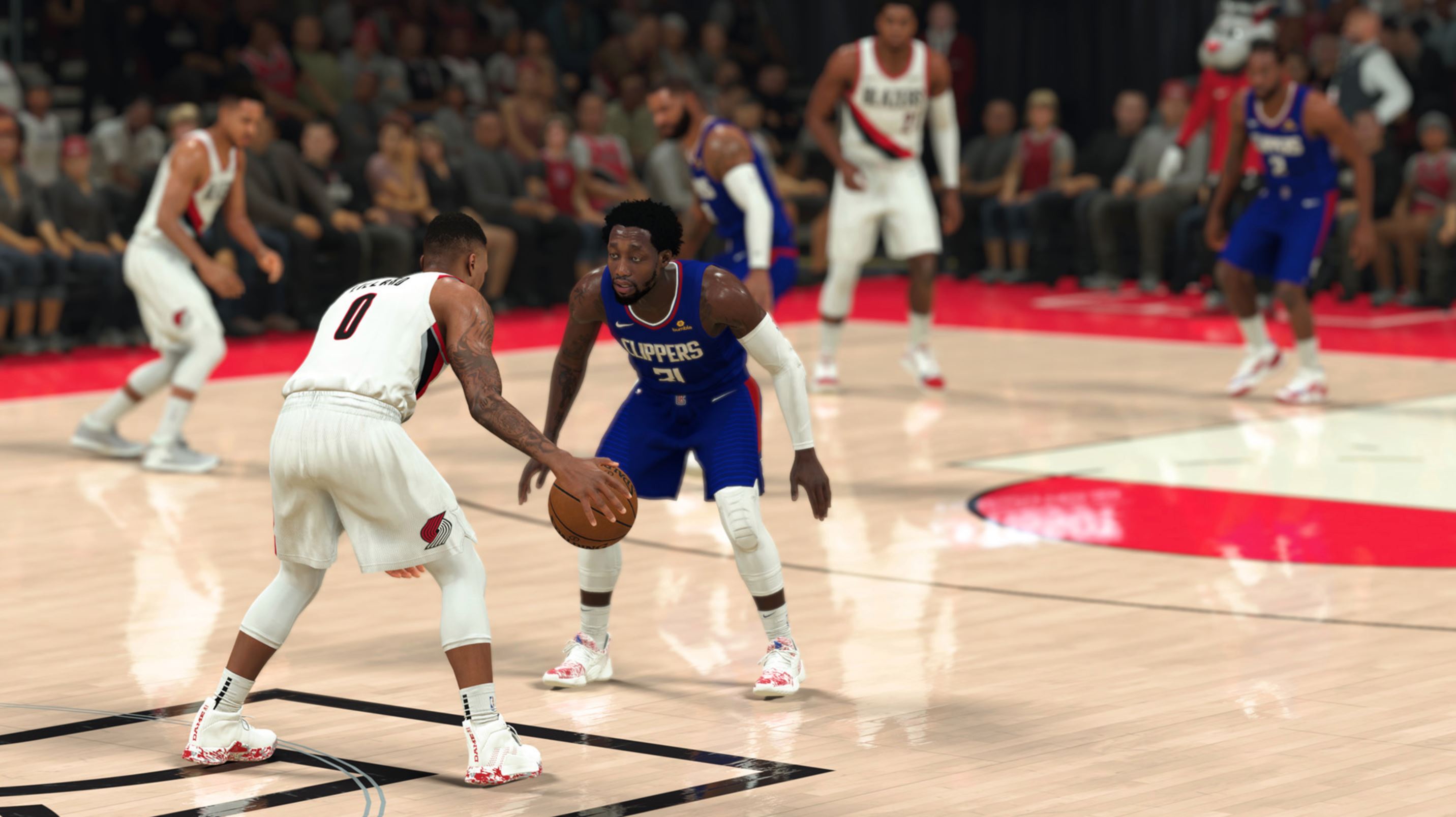 NBA 2K21 PS5 Review – After my time with it on PS4, NBA 2K21 had me pumped for its PS5 upgrade. I couldn’t help but be excited about decreased loading times, presentation boosts, new WNBA modes, and an expansion to The Neighborhood. With that in mind, this review will be an extension of our PS4 review: I’m strictly covering the new modes, performance, presentation, sound, etc. for the PS5 version of NBA 2K21.

I can’t get over the visual fidelity in NBA 2K21. I’m over here, thinking about how the visuals keep convincing me I’m watching basketball on TV. It comes and goes, of course, since I spend a fair amount of time focused on playing. At the same time, an occasional moving menu background or presentation feature appears and I can’t help but marvel at just how much more authentic players look. Created players have a little less authenticity to them, but their aesthetic is still gorgeous.

The coolest change between PS4 and PS5 comes with loading times. Gone are the multiple minute-long loads. After closing 2K21 mid-game, you can load right back to where you were from a cold boot in just over a minute. The consensus with this generation leap is how well the console values your time, and 2K21 follows that trend beautifully.

Haptic Feedback is an interesting addition to NBA 2K21. When you’re performing poorly, the triggers resist your input; and good performance yields smooth trigger input. Similar resistance comes from aggressive defense or trying to do a layup when physically covered. On a personal level, I’m not entirely sold on Haptic Feedback in general quite yet, but the extra performance feedback contributes to player development nicely.

3D audio doesn’t offer much in NBA 2K21. Sounds are clear and crisp, but there’s not as much benefit to 3D audio when everything that makes sounds (apart from the onlookers) is in front of you. A bit of 3D audio comes from where shoes squeak on the court. However, with the camera so far away, those effects are minimal.

MyPlayer cannot transfer from PS4 to PS5, plain and simple. Customized players have to start from scratch, which, despite the narrative being so well done, hits hard enough to deter me away from starting a new player. I loved my player that I built up through high school and college, but I just can’t justify my immediate time away from other games and life to start over. At the same time, I was motivated to create a WNBA MyPlayer, but that’s still separate from The City and even the base MyPlayer menu screen.

The addition of women MyPlayer is the kind of minimal effort that needs better judgment. Sure, the WNBA Career Mode is still immersive, but in a game based on stats and player input, why separate modes? Tall players and short players, small and large players, exist on the same court all the time. Excuses are excuses, and The City could be way better without those excuses.

The cost of entry into The City is a peculiar one. You’re dropped in a closed-off courtyard with four courts in it. There, you must play enough games to rank up to Pro 1, meaning that you either have to play a ton of pickup games or be really good at the game. Then there’s the dependency on your teammates, who also needs to be good to help you progress.

I understand the intent behind this, as it behaves like preliminary ranking. However, if the point is to simply reach a low-level rank, then why close off such a major feature behind it? I got lucky with my teammates, and I have enough proficiency to assist the other players to a win. The City is intended as a massive social hub for meeting other players, buying new looks, and jumping into pick-up games at your leisure. I imagine that this sort of prerequisite will keep many players from ever seeing The City.

This leads me to my final point about The City: potential. What I loved about The Neighborhood, in its condensed form, is having places to hang out, buy gear, and play basketball with other players in an open, all-in-one venue, empty space and all. The City takes that same concept, adds territories, and spreads everything out. All of these extra options are cool as hell, but the empty space and the time it takes to cover that ground between things to do turns a minor oddity in The Neighborhood into a hindrance in The City.

Performance enhancements and gameplay in the PS5 version of NBA 2K21 are the best the franchise has ever seen. Realism is above and beyond what we once considered realism, and I can’t get enough of it. Where NBA 2K21 on PS5 fouls is when it comes to how it handles its game modes. Putting up qualifier walls to access modes and separating modes from each other divides a system that was pushing toward connectivity and cohesiveness. Even with all of the wonderful enhancements, I might reinstall the PS4 version of 2K21 on my PS5 and play that way instead due to how disconnected the experience on PS5 plays in its many modes.

NBA 2K21 nails the 3 when it comes to gameplay and performance, all but sending the PS4 version to the annals of history. However, game mode choices and lack of MyPlayer transfer keep the PS4 version relevant when it comes to time investment and previous playtime. With The City being more spread out and barriers put up between modes, NBA 2K21 on PS5 feels disconnected. Consider what your needs and wants are with this game before choosing which version to buy.