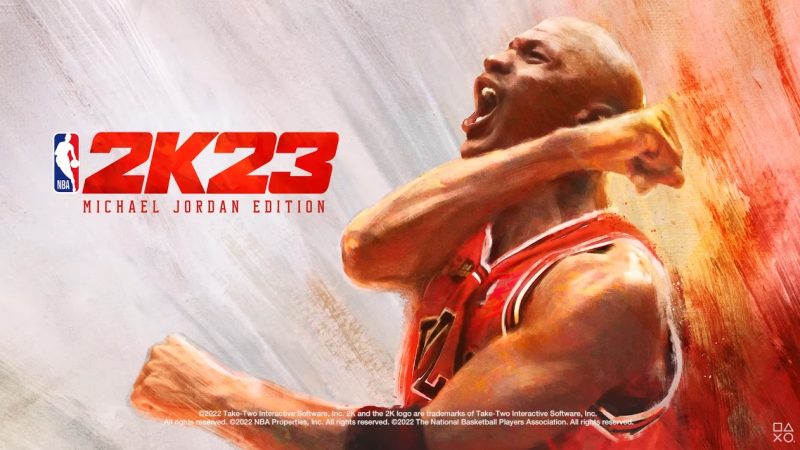 NBA 2K23 Review (PS5) – Most of the time, sports fans know what they will get when it comes to their annualized sports games. Every few years, enhancements or adjustments come around that significantly alter the way the game plays and what you can do in the game.

Unfortunately, NBA 2K23 is not one of those entries.

I wish to get the basic statements out of the way right at the onset: NBA 2K23 looks and feels a lot like the installment that 2K released last year. That’s not to say that changes haven’t come with this year’s game.

At the same time, most of them are slight, albeit significant fundamental adjustments versus meaty additions. These adjustments need to happen every year, but they need help to keep things fresh.

MyTeam removes from the Ultimate Team mode any need for contract cards. Removing these antiquated contracts was a long time coming.

MyTeam also adds an option to play Triple Threat against friends. It’s a welcome change that should have come much sooner.

While playing in MyTeam, you finally can lock onto one player and stick to one position instead of managing all five players. This is also welcome, but other sports titles implemented this a long time ago. 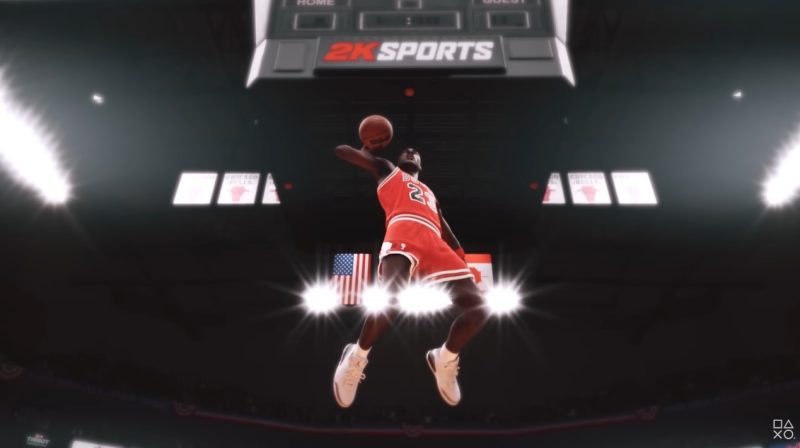 The Jordan Experience adds some extra content to the 2K formula, allowing you to experience different points in the career of His Royal Airness. At the same time, this mode appeared in 2K several years ago.

Then MyNBA added Eras, which allows you to play in three different time periods: Jordan Era, Kobe Era, and Magic vs. Bird Era. These come with unique commentary and presentation to match the times.

Seeing these scenario-based modes is welcome, but issuing the same ones, like with the Jordan Experience, just feels like a lethargic attempt to expand an annualized game. They bring variety, yes, 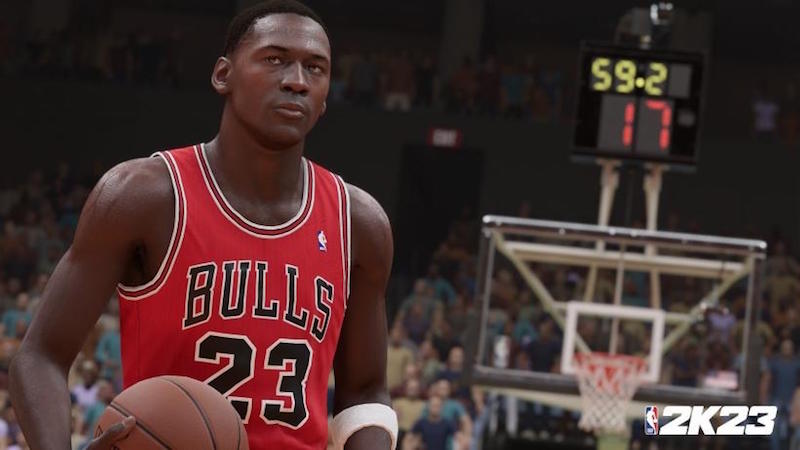 Unlike last year, which felt like more of a “day in the life of a streamer,” the narrative around MyCareer follows a more traditional focus. You’re referred to as MP throughout the game, and you were drafted one spot ahead of your rival, Shep Owens.

This scenario takes the focus of your development, constantly putting you up against Shep either indirectly or directly. Commentary plays into this as well, both on the court and off. In fact, some of the pre-game broadcasts remind me of how NFL 2K5 handled their halftime shows with Chris Berman.

This side of the presentation works very well. All commentators express their own opinions much like on all other sports shows, but they still sound authentic somehow. Some opinions are more verbose, but that plays into the hyperbolic drama that comes from shows like this.

Ironing Out The Court

As mentioned above, gameplay fundamentals seem the focus in this year’s iteration. This shows itself in how players interact with each other. To start, button commands remain the same as last year, helping the transition into these enhancements nicely.

First, there’s shooting. While the general mechanics of shooting remains the same, its execution works much more conveniently.

The shooting bar asks you to hold the shoot button or joystick input until a slider reaches a green portion of the shooting bar. Once in that spot, it’s a swish. 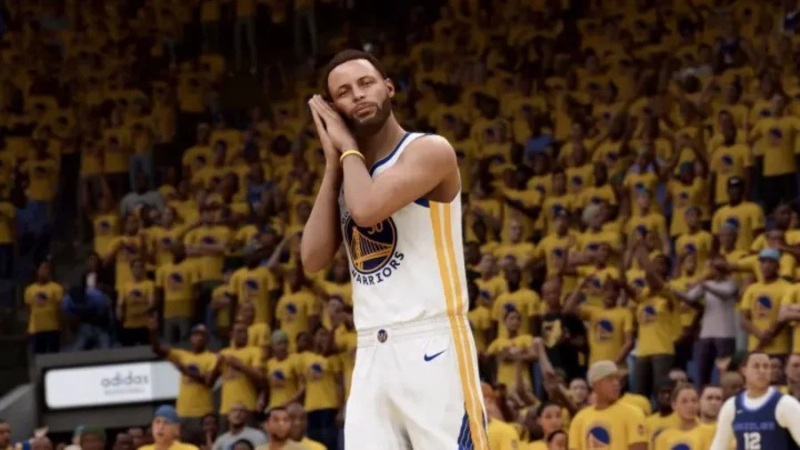 Unlike last year, that green spot is at the very end of the shooting bar. This allows for more forgiveness when shooting.

This also means that you score more points, but that helps to make the game feel more like a game and less like a deep simulation. Authenticity has its place, but a game still needs to be fun.

How players interact feels more natural. The place I noticed this the most is when executing a screen. When out of position, you have a ton of trouble getting around someone blocking you off from the person you need to defend. If they stand out of position, you can easily maneuver around them.

Screen blocks don’t have that same massive hit box that they seemed to have last year. A well-executed screen still does what it needs to do, but you need to execute it properly in order to make it work.

The last point worth mentioning is that players still stand around a lot when on the court. Particularly, instead of constantly adjusting positions or battling against a defender, players instead stand still until they need to move to a different section of the court.

Several times, all ten players stood in one place, with the only movement on the court being the ball carrier’s dribbling. In a game that pushes toward authenticity, this just feels weird to look at so often.

The City Feels The Shrink 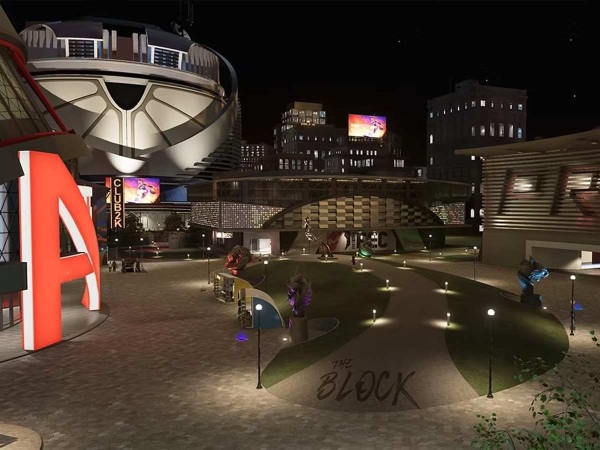 Last year’s The City was far too big to succeed. Most of the time, players simply ran from place to place for long stints of time with very few fast-travel points.

This year, The City feels much like the size of The Neighborhood from 2K21, which fits the mold so much better. This still allows for a social hub while keeping all the important features, storefronts, and locations within seconds of each other.

At the same time, performance still feels major hits. When in buildings or on the court, frame rates are silky smooth at 60 frames per second. Even before stepping out into the heavily-populated city, the frame rate quickly starts fluctuating.

After a game of buttery smooth basketball, the choppy dips in framerate just hurt the eyes. It makes sense that this mode remains exclusive to next-gen consoles, but it still needs optimization. 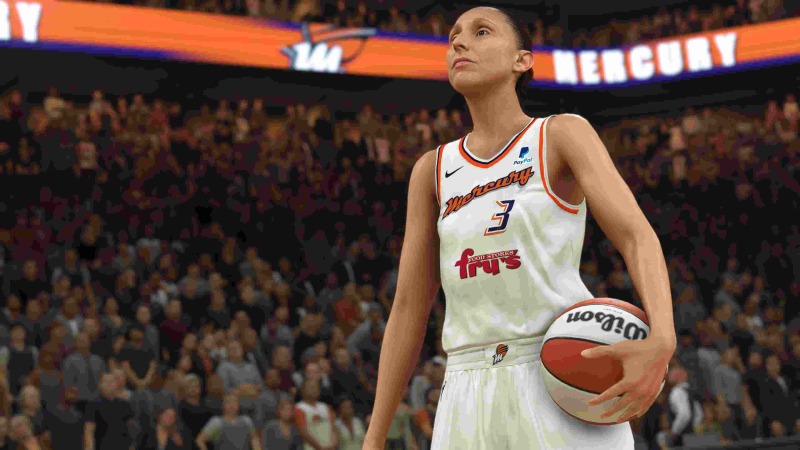 The exact same level of implementations that the WNBA side of the game received last year make a frustratingly similar appearance this year. Instead of truly enhancing the experience within The W, 2K instead chooses to keep these modes relatively the same.

The biggest inclusions in this mode come in the form of aesthetic customizations, such as jerseys and equipment. You still see this simple development effort that the game delivers through text messages, social media interactions, and player goals.

Player perks and badges remain a short and underdeveloped list, keeping this side of the game from truly shining.

The way 2K implements WNBA begs the question: How is inclusivity so hard? Everything pertaining to WNBA is completely separated from any universal online interaction. Because of this, players cannot join The City or any other social hub and play out their development in an organic way.

In reference to MyCareer, 2K manages to land many, many voice actors for different roles, both male and female. If 2K wishes to maintain the RPG-type development in its sports game, then it must consider following a similar RPG tradition and offering both male and female main characters-or in this case, MPs. 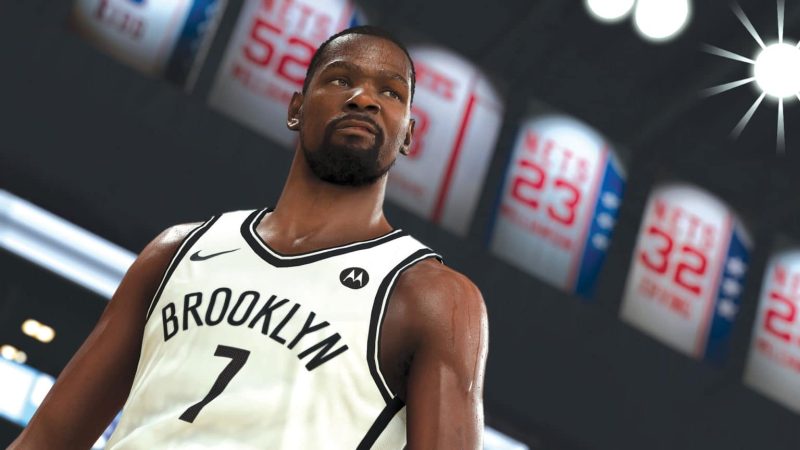 This is one area where 2K22 outperforms this year: MyCareer offered something more universal in its streamer-centric storyline. That was the perfect opportunity to pursue true, unadulterated inclusivity. Instead, 2K retreats to a specific storyline that focuses strictly on the NBA experience. Interpret that how you will.

NBA 2K23 is a hard sell. While The City receives a much needed shrink and on-court fundamentals get some welcome polish, too much of the game remains the same.

The W also deserves an actual W instead of the rinse-repeat “hey look, women play basketball, too” level of inclusions this mode keeps getting.

Considering this all comes with a $70 price tag, NBA 2K23 is only for those die-hard basketball fans who maxed out their experience last year and still need more.

NBA 2K23 makes some worthy adjustments to gameplay, making this more entertaining without losing the game's fundamental presentation and feel. At the same time, even the map shrink in The City isn't enough of an addition to make 2K23 worth a must-buy status. Not enough of the game changes to merit a purchase this year, unless you maxed out everything in last year's release and want a fresh start. NBA 2K23 is more for die-hard fans than every before.