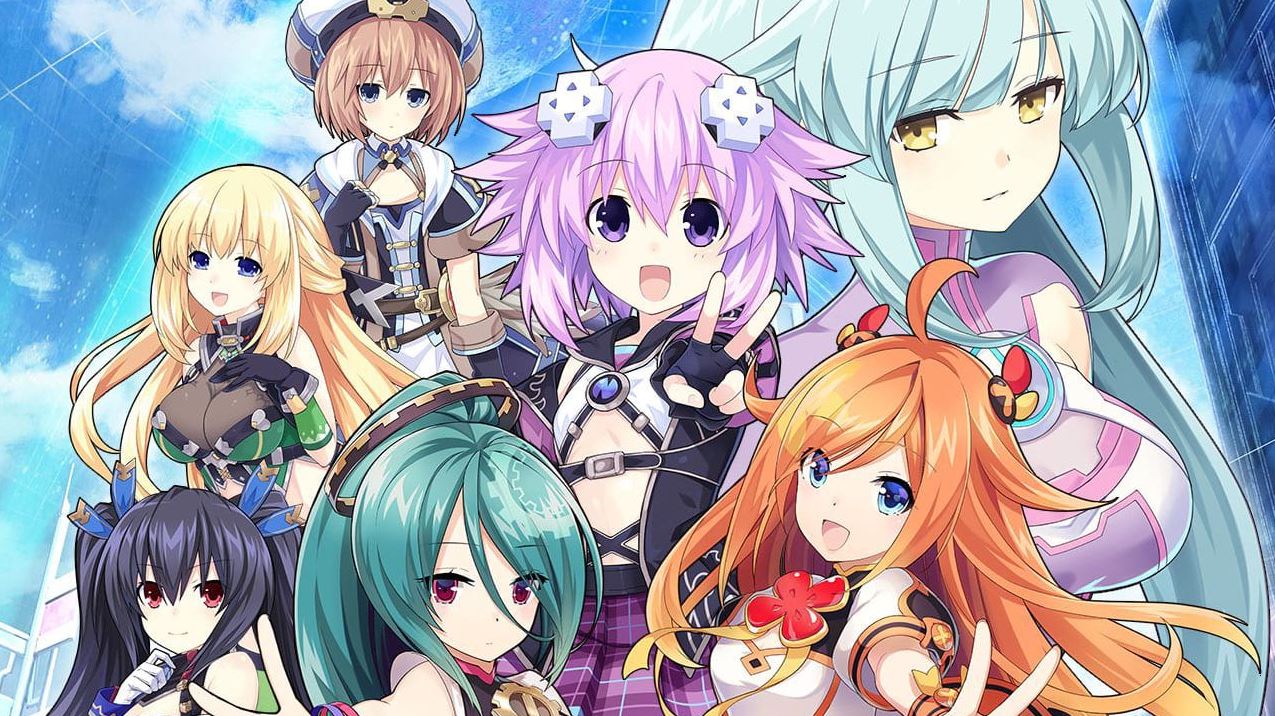 Neptunia Virtual Stars PS4 Review – The Neptunia franchise is known for making light of video games and the industry itself. Sometimes, it works well enough to make for a fun game. Other times, the intentions flop under rough decisions. Unfortunately, Neptunia Virtual Stars does more of the latter than the former this time around.

The world of Emote is under attack. Legions of Anti armies from Obsoletia are invading all the Emote nations in an attempt to dismantle all of Emote’s Content, Content being the entertainment culture of Emote. It’s up to Neptunia, self-proclaimed best protagonist and staple franchise heroine, and the rest of the Goddesses to save Emote’s Content.

The main plot revolves around a person named Faira, who acts as a leader of Emote. Soon after requesting Neptunia’s aid, Faira in a sea of cliches quickly gets hit with amnesia and it’s up to the team to also help regain Faira’s memories. The Neptunia franchise loves to play on gaming tropes by overdoing them in their stories, but these satirical attempts come across too often and too matter-of-fact to make it all work as well as it does in other entries. 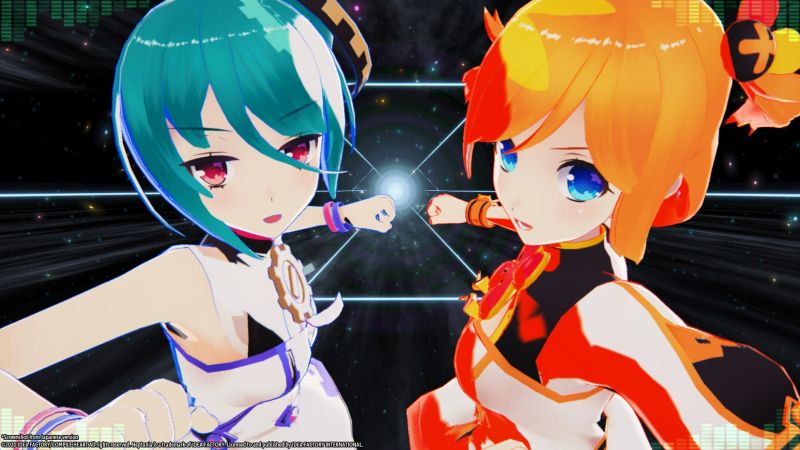 Actual Vtubers (Virtual Youtubers) make appearances throughout the game in what I can only consider as blind endorsements. Much like when EA gave priority to Youtubers for presentations, so too does any Youtuber involvement in Neptunia Virtual Stars feel like a waste. Their entries consist of random cheeky statements against loading times or industry staples or even “watch my stuff” promotions. They appear only in loading screens as a distraction from the loading times, which never last as long as the performed skits either. Thankfully, hitting the Options button skips them.

Along the way, Neptunia meets with fictional Vtubers that have been taken and imprisoned by Obsoletia. Moving through the story sees the Goddesses meeting more of them so they can join your efforts to save Emote. These fictional Vtubers then join the fight as Combos, which are fixed teams of fighters that can be swapped at Safe Points. The combatants can be either close quarters or ranged fighters.

They feel a bit different in combat simply because they can use L2 to lock onto targets. They also take traditional HP damage when struck, while the Goddesses take one point of damage with each hit. Vtubers also can use Circle to dodge attacks, unlike the Goddesses, but stiff, slow combat more often leaves the Vtubers in the line of fire before Circle will even register. I only resorted to using the Vtubers when I had zoned out badly enough for the Goddesses to lose all their health; but more on that in a bit. 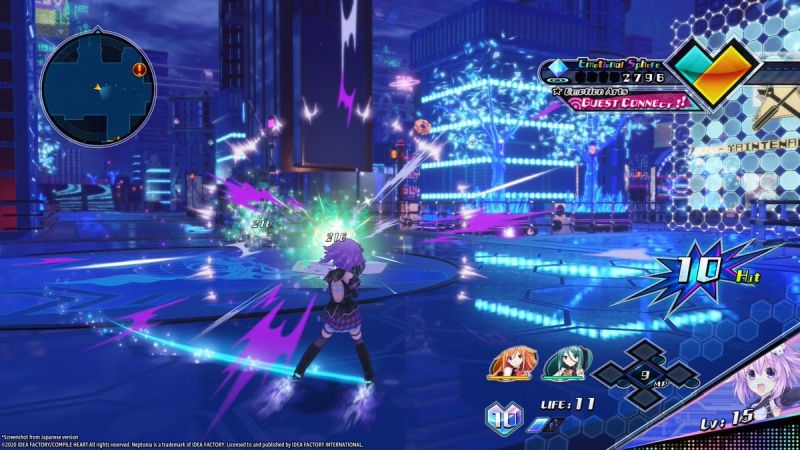 The Goddesses are all gun users who operate with an over-the-shoulder aiming style. Aiming the camera is quite stiff, but a soft auto-aim helps to keep gunplay feel simplistic. Within a square reticle is a hexagon that automatically moves around within the square reticle to keep bullets hitting the target with minimal effort. Unlike the Vtubers, pressing Circle will give the Goddesses a temporary movement boost, even while aiming, making them much easier to fight with.

The experience of combat is not a deep one. Maps are straightforward in terms of layout, though they have their own unique aesthetics, and navigating them takes little effort. Enemies themselves offer little depth either, often standing or bumbling around for a while between an attack here and there.

This combination makes overall gameplay simplistic but lackadaisical. The random fun had throughout this game isn’t really worth the rest of the time it takes to get to that fun. 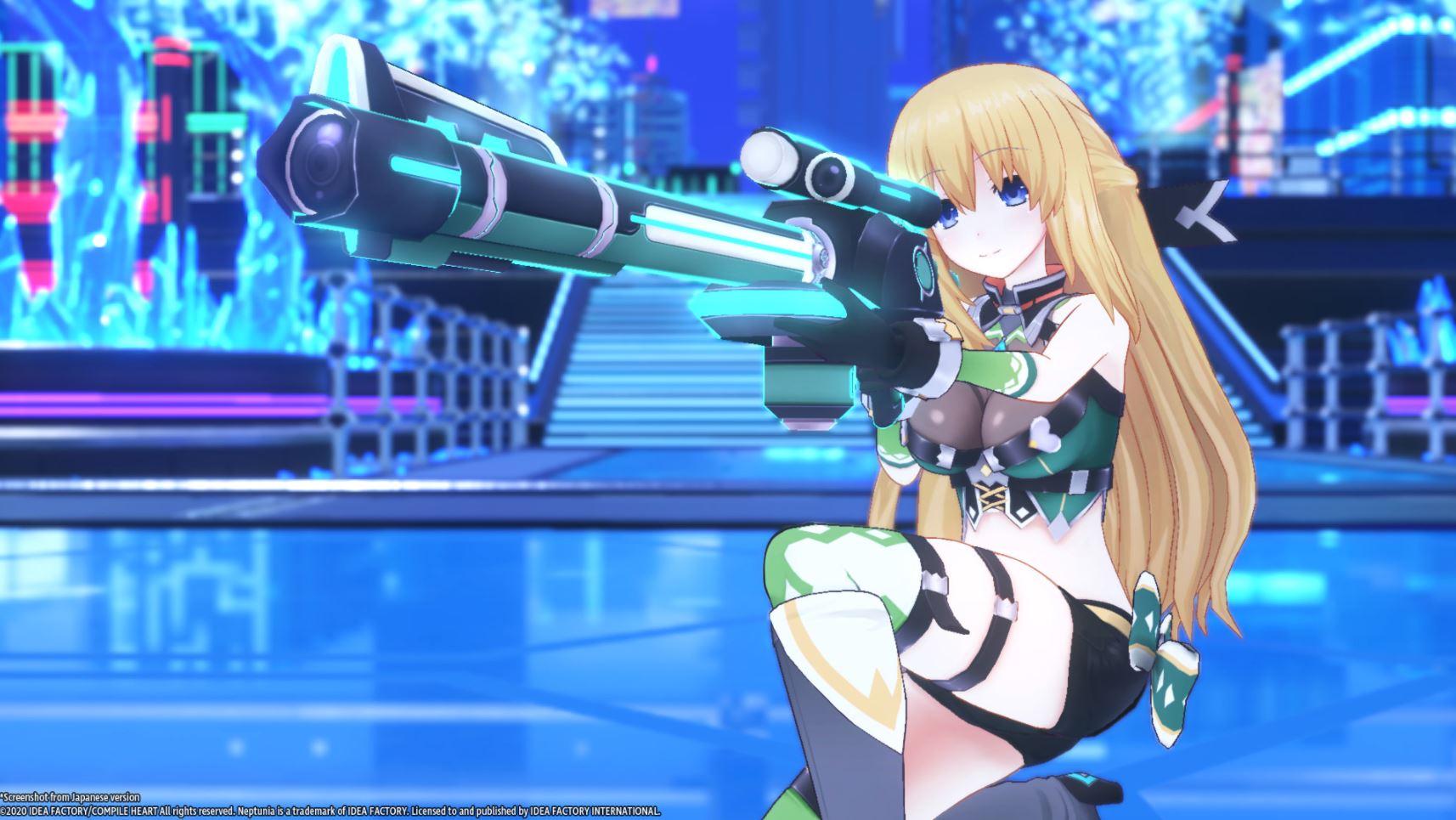 Loot that you find offers little to complicate the formula either. The only types of equipment are either cosmetic-only items or Vtuber Cards, which can be equipped to each party member, increasing stats based on what cards you apply. The stats are basic, consisting mostly of attack, defence, and health with occasional benefits like increased item drops.

These cards can be strengthened, but this often requires a lot of materials that you have to farm. Stronger Vtuber cards aren’t that necessary, since they do enough to get you through the game at their base level, without much need for development.

On the one hand, the simplicity of it all makes combat engaging in that fun, mindless way. You can jump in without much effort and do well, earning random loot and pickups everywhere you go. Even boss fights offer little resistance, and every boss is odd-looking enough to be interesting for the duration of the fight.

On the other hand, the lack of immersive content quickly shows its face on all fronts. Plus, levelling up either your characters or Vtuber Cards takes too much time and effort to bother. This is a game that is enjoyed by those looking for something that does very little to make a compelling experience. Neptunia Virtual Stars also puts very little in your way, making the formula highly accessible, even after the sea of tutorial menus at the beginning of the game.

The final point worth making is focused on the visuals. For a game coming out seven-and-a-half-years into the PS4 life cycle, I can’t help but feel deeply disappointed in having the graphical quality found in early PS3 Neptunia entries. Super Neptunia RPG avoided this necessity by having a welcoming, stylized presentation to it. Something needs to enhance the next entries in this franchise to eliminate the feeling of regurgitated releases. 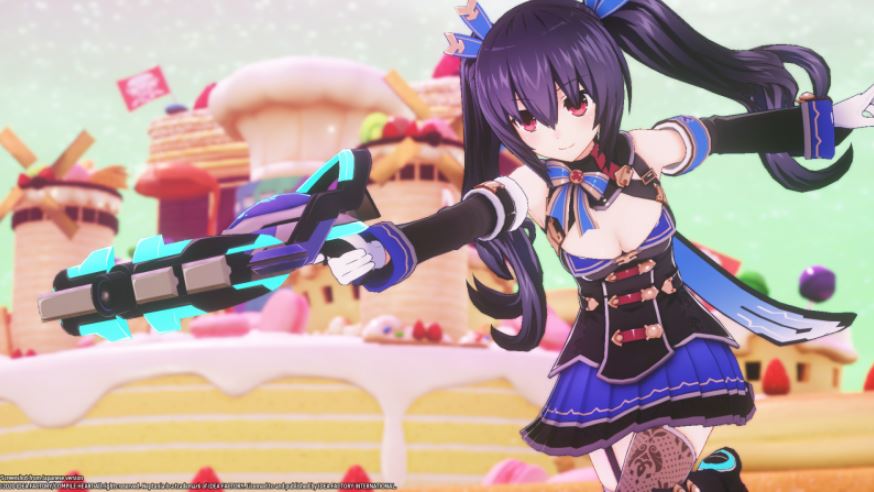 All in all, Neptunia Virtual Stars is not a recommendation I can make for anyone other than the most dedicated to the Neptunia franchise. Between lackadaisical gameplay, bland narrative, and bad decisions, this franchise entry is a pass. Consider this game an option only if you want the blandest of palate cleansers.

Neptunia Virtual Stars is available now on PS4 and is playable on PS5 via backwards compatibility.

Very little of Neptunia Virtual Stars makes it a franchise entry worth playing. Simplicity here lacks the success of other entries, instead offering something clunky and dull. Consider this a Neptunia title barely meant for die-hard fans and no one else.