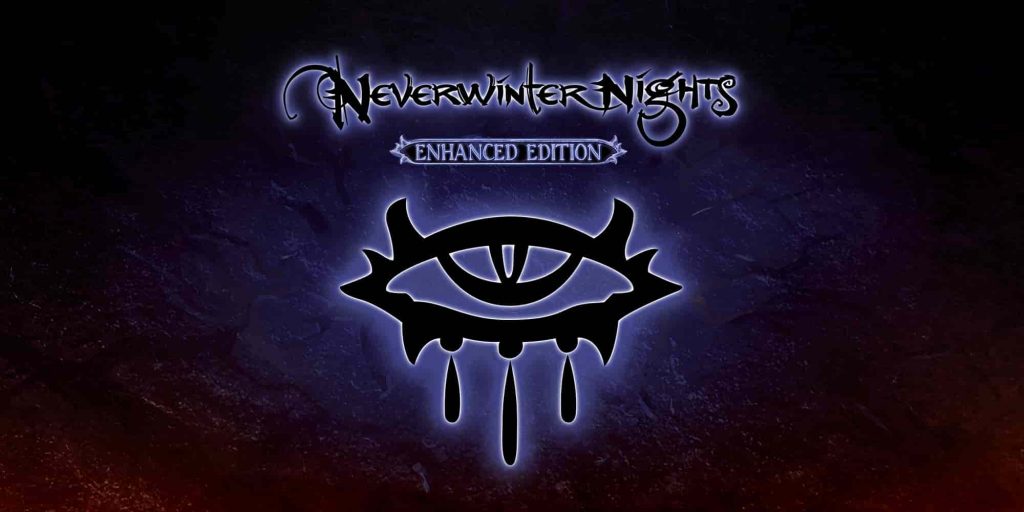 Look, let’s get it out of the way – Neverwinter Nights: Enhanced Edition looks like a PS2 game that’s been passed through a ‘Make 1080P/60FPS’ machine. There’s no getting around it – the game looks and feels dated in so many ways that it could very easily put off those who have been spoiled by the likes of The Witcher 3, or indeed, any Elder Scrolls game more recent than Morrowind.

So yes, we have established that Neverwinter Nights: Enhanced Edition is super old and crusty looking. However, beneath that wrinkled, unrefined veneer, is there something of worth lurking beneath? Well, I’m glad you pose the question dear reader because underneath that unsightly and timeworn mess of fleshy scars and wrinkles lay a genre defining RPG that will entertain you for however long you want it to.

Ok, so we’ll start with the ugliness, but first – some context. Neverwinter Nights originally saw release on PC all the way back in 2002; a time when Sony’s PlayStation 2 console had been on the market for just over a year and a half, and was certainly a fair ways from realizing its potential. As such, it’s perhaps cynically easy to date Neverwinter Nights from a technical standpoint.

Though alterations have been made to the UI and control system on account of Neverwinter Nights new PS4 digs (something we’ll get to later), the bounty of the technical improvements that this enhanced version of the game enjoys appear to be limited to screen resolution and framerate. As alluded to at the top of this review, Neverwinter Nights runs at 1080p resolution and 60 frames per second. The problem however, is that no other aspect of Neverwinter Night’s visual presentation has received improvements of this sort of caliber, meaning that rather then enhancing the game, they merely serve to emphasize just how dated it really is.

From the start you know you’re in for a ride when the pre-rendered introduction kicks in, looking blocky, flaw ridden and stuttery in a way that simply does not look good on a 55 inch 4K television. Likewise, when you’re in the game, Neverwinter Nights hardly inspires from a visual standpoint as low detail character models and environments conspire with a perspective that allows you to see through and over the environment in a way that, well, you just don’t get these days because normally developers put walls and ceilings in place to prevent you from seeing ‘into’ the world, so to speak.

The reason why such visual degradation was not seen in the previous PS4 conversions of Baldur’s Gate, Icewind Dale and Planescape: Torment is because their pre-rendered backgrounds were timeless to an extent (and already seen in current-gen titles such as Pillars of Eternity and Tides of Numenera), whereas Neverwinter Night’s visuals are entirely dependent upon the real-time visual capabilities of the time (hence the earlier PS2 reference).

Sadly, Neverwinter Nights dated presentation extends to elements of its UI too. From clipped chat dialog boxes, cutscenes that are untidily overlayed on top of the UI and more radials than you can shake a hairy elf at, Neverwinter Nights PS4 debut is hardly one in which the virtues of efficiency, elegance and polish appear to be closely held considerations.

Now, if you can get past the dated facade of Neverwinter Nights: Enhanced Edition an excellent RPG is soon discovered. Set within the sprawling, labyrinthine setting of Dungeons & Dragons Forgotten Realms (the very same as Baldur’s Gate), Neverwinter Nights tasks players with creating a hero from a wide variety of class, race, ability and stat parameters. The main story arc? To recover a quartet of mystical creatures which in tandem are required to create a cure for the Wailing Death, a seemingly unstoppable plague that is sweeping the city of Neverwinter and forcing its citizens to live under lock and key.

Of course, this being a Bioware game, Neverwinter Nights is absolutely rammed to the hilt with all manner of quest lines, side quests and companions to bring with you on your grand adventure. Likewise, Neverwinter Nights narrative is also grandly written, with the sort of sweep, spectacle and meaningfully large stakes that are only matched by the level of freedom that it permits players with which to alter the course of the story.

Also let’s make one thing clear – Neverwinter Nights: Enhanced Edition is absolutely gargantuan and could easily be the single most massive RPG available on PS4 right now. More than just indicative of the visual and UI tweaks, that ‘Enhanced Edition’ suffix also points towards the wealth of additional DLC and expansion content that this version of the game boasts – with all of the official expansions released to date *and* a massive range of custom created, officially sanctioned additional adventures (called ‘modules’) that have been signed off by Bioware itself.

Elsewhere combat is handled in a toggled, turn-based and real-time hybrid format that fans of the earlier Baldur’s Gate titles and Dragon Age Origins will surely recognize, allowing players to switch at the touch of a button between the two, and thus permitting ample opportunity for the formation of tactics as and when they are required.

Indeed, in many ways Neverwinter Nights feels like a functional precursor to Bioware’s excellent Dragon Age Origins, not least because it boasts a similar focus on adjustable combat systems, deep world-building lore, sophisticated dialog and an almost inexhaustible range of well-written characters, companions and stories. All of a sudden, when you start thinking about Neverwinter Nights in those terms, its decidedly dated presentation sort of fades into the background somewhat.

Then there’s the multiplayer side of things.

A Reduced Multiplayer Offering And Lack Of Console Parity Disappoints

Unlike the previous classic ports of Baldur’s Gate and Icewind Dale, Neverwinter Nights: Enhanced Edition offers full support for online multiplayer co-op across all core content, expansions and additional modules, effectively making Neverwinter Nights the single largest co-operative PS4 RPG to date. This is good. What isn’t quite so good however, is the fact that when compared to the Nintendo Switch and the Xbox One versions of the game, the PS4 version of Neverwinter Nights: Enhanced Edition is clearly missing a fistful of multiplayer features.

For a start, crossplay with PC, Nintendo Switch and Xbox versions of Neverwinter Nights is a no-no, restricting folks in the scope of their Neverwinter Nights co-op shenanigans to PS4 gamers exclusively. Much more egregious however, is the fact that the Persistent Worlds scenarios (massive custom built campaigns that can support hundreds of players at once), is completely absent on PS4, which is a real shame as it was those scenarios upon which the massive Neverwinter Nights scene of old on PC was able to build itself around. On PS4, it would appear that players simply won’t get that chance.

Neverwinter Nights: Enhanced Edition is out now on PS4, PC, Xbox One and Nintendo Switch.

Though the dated presentation and omission of some multiplayer features undeniably rankle, Neverwinter Nights: Enhanced Edition still manages to acquit itself ably as a landmark RPG that deserves to be absorbed by an entirely new generation of gamers.