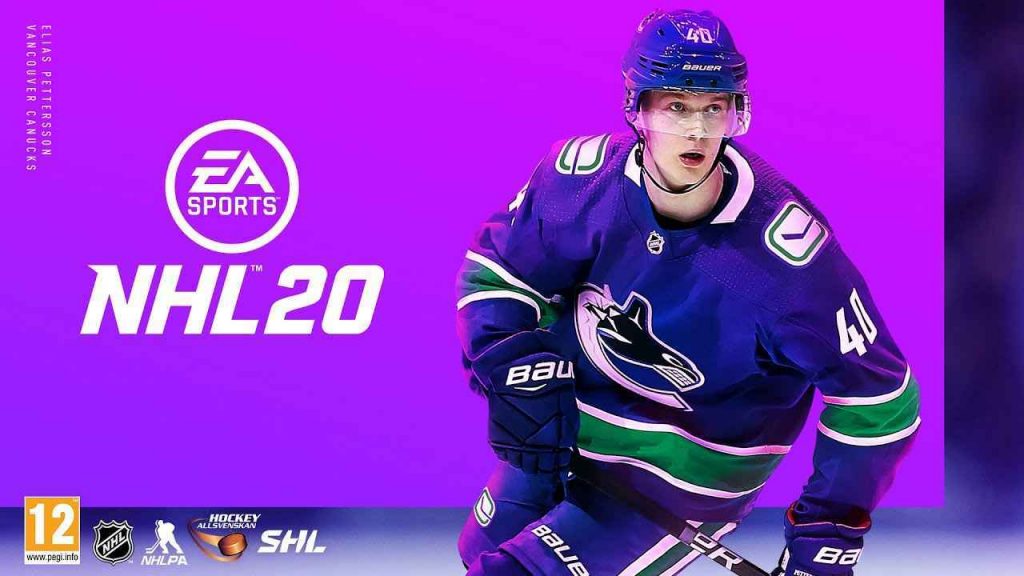 The best time I have had with NHL 20, the latest in a ridiculously long line of annual hockey sims, was having a no holds barred 3v3 scoreathon with a team comprised of a Coyote, a Devil, and a fuzzy green giant.

Whenever the reveal of the latest iteration of a popular sports title comes about, there’s a comforting predictability to what we’re shown. Buzz words, stats, tweaked controls and animations, the best pitch, turf, ice, blood splatter,and knee sweat you’ve ever seen! It sounds ever-so-tired, but just exciting enough for long-haul fans to siphon a droplet of fresh excitement juice from.

The Correct Things Remain The Same

To get something different, something more dazzling, and maybe even daft, you usually had to rely on street-styles spin-offs. More and more, though, serious sports games are embracing their goofier, more fun-loving side.

It seemed inevitable that with the lucrative money-pumping way annual sports titles have headed that the kooky spin-off was going to be less of a thing. However, to the credit of EA Sports, it has found a solution that benefits the developer and publisher by giving the audience a better variety in otherwise down to Earth sports games. This creates more reasons to stay engaged in the game throughout the year.

By this point, you know what to expect from Be a Pro, Franchise, Ultimate Team, and Seasons to a large degree. Conversely, modes such as CHEL,Threes, and Ones, while not all exactly new, bring a smidgen more unpredictability and excitement to the rock solid world of simulation ice hockey.

Of course, none of that would matter if the underlying structure and outward presentation wasn’t appealing. Presentation is typically slick and loud, with ever more detail in the players, their uniforms, and the ice.The hockey itself is largely satisfying, with a whole host of control options allowing for intricate tinkering to suit your preferred style. These range from simple one-two button controls all the way up to the kind of setup an octopus might enjoy.

Out on the ice, the players glide beautifully. There’s a good feeling of weight and momentum to them as they crash into each other and skid to a stop. Unlike some other EA Sports titles, NHL’s need to be zippy and weighty means the player movement isn’t as over-animated, lending it slicker, more responsive control. Star players are now more unique in their movement, too, even possessing signature shot styles. The A.I. is fallible, but still aggressive and competitive when it matters. It’s less like a bunch of hockeybots coming at you, and more like a team of humans, mistakes and all.

It’s not without its issues, though. Attacking may be forgiving and freeing in terms of what you can do, even being a bit rusty to start with. You soon learn the little touches that can improve your game significantly, but in defense, things are a tad fiddlier. Timing certain defensive moves without incurring a penalty requires a steep learning curve, as the speed of the game makes it difficult to get your bearings.

Eventually, this gets easier to manage, but more than a few times, defenses are left floundering and giving opponents too many easy shots at goal. On the plus side, it encapsulates the blind panic of scrabbling to score/stop a goal in the closing moments; it just happens a bit more frequently than it should.

Where this does work better is in Ones mode, introduced last year, which now features local multiplayer play. It pits three single hockey players against each other in a race to score the most goals before time runs out. It’s grounded in the reality of casually playing ice hockey in a largely rule-less manner, but it’s noticeably different enough to stand out from the more formal professional hockey on offer. Here you smash, bash, and clatter each other as you race to get the puck and sneak off a shot before getting pulped once more. It’s a really fun mode for a quick game. While online with others, it’s simply a hoot.

Threes also returns, bringing fast-paced, high-scoring arcade-style 3v3 thrills once more, letting you earn team-themed gear and even the mascots to play as. This means that yes, Gritty is playable and, subsequently, available to bodycheck into oblivion if you wanted.

Both modes have a new sub mode this year, called Eliminator. A total of 81 players can compete in a breakneck knockout tournament that sees three back-to-back games played to crown a champion. Is it a vague attempt at adding something like a Battle Royale mode to NHL 20? Maybe (definitely), but it’s a more-than-worthy addition to the franchise’s more playful side. Let’s face it: If you’re going to do Battle Royale, do something different with it. This is certainly different.

Be a Pro is much better this year. Despite a rather harsh learning curve when you start out, it’s actually the best way to understand and appreciate NHL 20’s systems, especially when it comes to playing Ones or Threes. The constant updates on what you are and aren’t doing right in a match are massively helpful in integrating your young star into a team of Pros. It still lacks a little extra pageantry and focus on your player, but it’s the most consistently enjoyable single player mode in the game.

On the more serious side of things, Franchise Mode remains a colossal beast, ready to draw in any passing hockey fanatic with its stat-heavy ways. I personally find it a little too dry, but there is no denying it’s got the potential to be engrossing.

Seasons is your bog-standard league mode, with a decent variety of leagues and teams to choose from, though none bar the NHL feel quite as extravagant in presentation (the broadcast graphic overlay for games are really good this year). With so much of NHL 20 steered towards online play, Seasons feels like a shrug of the shoulders. It’s here, but don’t expect too much extra sizzle on it.

Ultimate Team is…well, Ultimate Team. For better or worse it remains a prominent fixture in EA Sports titles, and there’s little new to say beyond some new Icons and a new mode within it called Squad Battles. In this, your Ultimate Team squad can face off against an ever-changing selection of squads chosen by real life players, musicians, and other celebrities in an offline challenge. It sounds good in principle, but the jury’s out on how much it’ll bring to Ultimate Team.

NHL 20 Adds Some Pizzazz To Its Routine

The developers have thrown in a bunch of other modes and options on top of these. From shootouts, to weekly challenges in CHEL, to the creation suite. NHL 20 is brimming with hockey-based choice, and it’s genuinely choice because there’s a bit of everything that involves hockey except any recreation of classic Disney hockey films, but maybe next year, eh?

NHL 20 balances out the fun with the competitive better than any previous entry. It has some excellent modes in Ones and Threes, a staggering amount of content, and a solid set of mechanics. It does feel like multiplayer has received the lion’s share of the attention, but there’s still something enjoyable for all sorts of hockey fans.