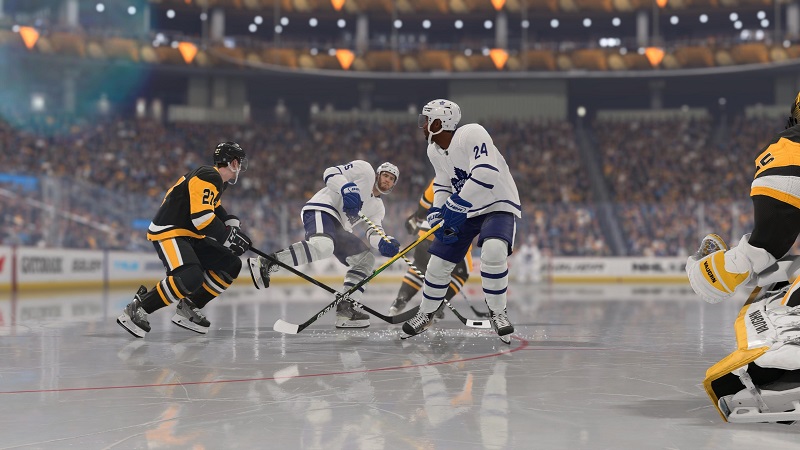 NHL 22 Review (PS5) – Annual sports releases have a history of being at best, inconsistent from year to year. It’s difficult to be a committed sports games fan when EA sometimes shows a lack of care for some of their best selling titles.

NHL 22 however goes against that narrative, as it is honestly the best the franchise has ever looked, the best it’s ever felt, and overall one of the most fun NHL games to play in the history of the franchise. The newly introduced X-Factor players mechanic is reminiscent of some of my favourite NHL games from years past, but with improved AI and player physicality, it feels like EA may have found the best balance between a fun, arcade-y game and a po-faced hockey simulator. 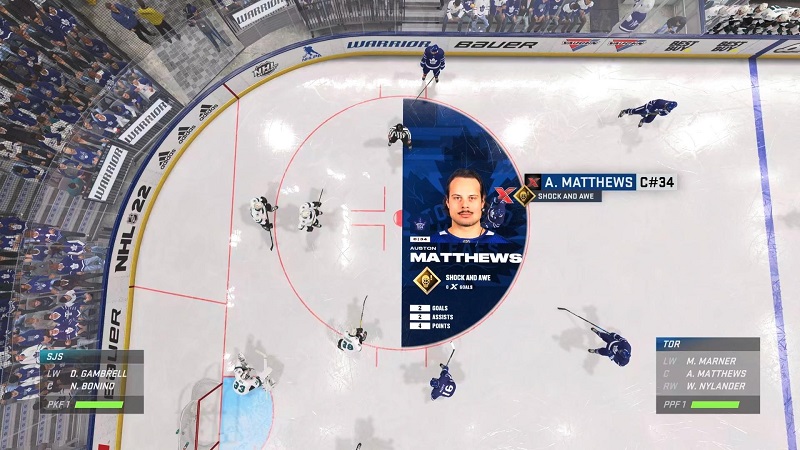 Last year in my review of NHL 21, I criticized the entry for what was essentially a split between its desire to be both hockey simulator and a fun, arcade-y hockey game. There was a disconnect between the two that was felt every time I was playing a more simulator focused game mode, like the Franchise, Season, or Be A Pro modes.

It just didn’t work that you’d spend so much time looking at menu screens, studying different statistics across individual players and the whole league, building a comprehensive and at least to you, a realistic game plan for how you’d carry out your season, only to get in the game and have all that seemingly thrown out the window in favour of your ability to make cross-crease passes for the easy one-timer goal.

This year however is a different story, since EA seems to have realized that what really is the “X” factor for these games is the arcade-y, unrealistic fun that can be had, and making that blend with the simulator presentation they put forth. It’s essentially been accomplished through improved A.I and player physicality along with game mechanics like X Factor players, zone abilities and special abilities.

As someone whose favourite NHL games date back to entries like NHL 2004, or NHL 12, it’s very nice to see a return of special player abilities for different star players on each team. I don’t even mind inclusions like the arrows which you can have appear on the ice, though they seem like a bit much at first they were often unobtrusive, in fact I grew to appreciate having them.

Ice So Clean It Sparkles 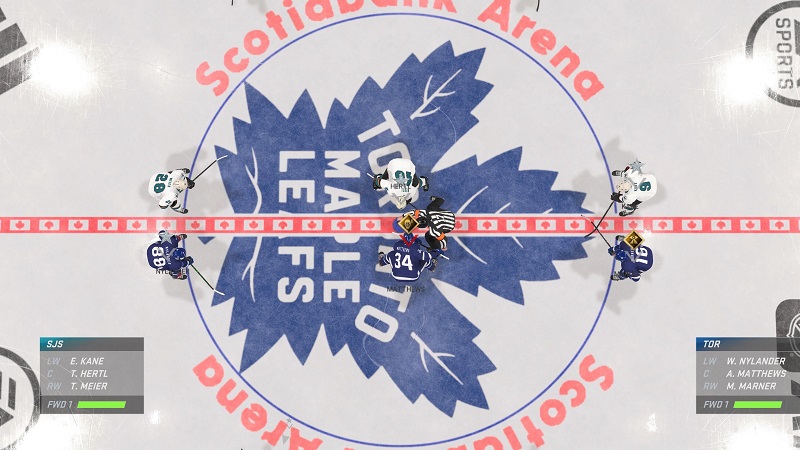 It’s definitely more of an arcade style hockey game than a “hockey simulator”, but what makes it really all feel cohesive is the presentation, and player A.I, two aspects which are arguably the best they’ve ever been. Part of why the presentation is the best it’s ever been, is because we’re seeing NHL in 4K for the first time on PS5, which is very impressive.

The higher resolution just seems to help add another level of immersion previously unobtainable in previous entries. Your teammates and opposing players are all clearly a little smarter than they’ve been in recent years, and the much more realistic feeling physical interactions on the ice contribute to the most immersive NHL experience I’ve ever had. Once again it should be noted that part of the increased immersion you could experience comes from the advancements made in the DualSense controller. So players on PS4 won’t unfortunately feel the game through haptic feedback, but it is great for increasing your level of immersion if you are able to play it on PS5.

The other aspect that really makes it all blend is the improved physicality of the players and the improved A.I. Each hit, stick check, scrum along the boards and faceoff all look and feel better than ever. Little inclusions like improved player animations when running into players and improved skating animations all go a long way to making this really look like a realistic.

Your teammates, goalies and opposing team now also don’t feel too easy to beat A.I anymore. Much of NHL 22 feels like the refinement to the NHL formula players have been wanting for some time, and it’s come together frankly better than I could have imagined.

Be A Dud Mode 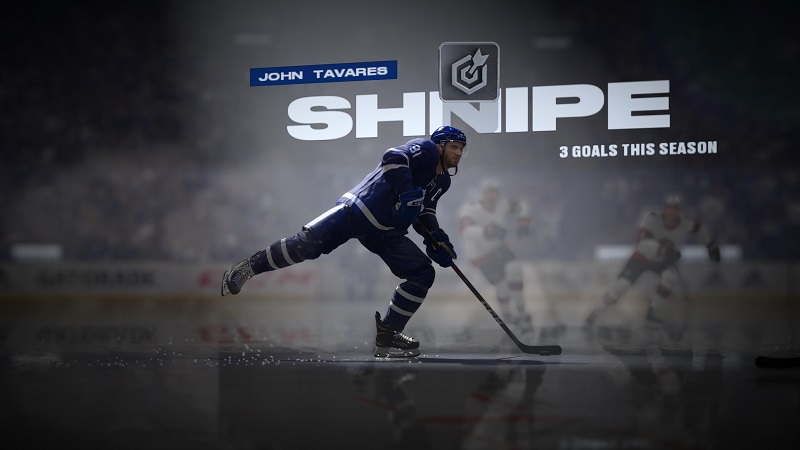 Unfortunately, what has felt like a downpour of compliments just couldn’t continue all the way through this review. The problem once again lies with what many players see to be a lackadaisical approach to these annual sports releases, when game modes are entirely copy and pasted from one year to the next instead of being revamped or tweaked in any significant way. That’s the case with the Be A Pro mode, which is practically indistinguishable to its NHL 21 counterpart.

Now I want to be clear, I understand the logic behind “if it ain’t broke…”, but the Be A Pro mode wasn’t perfect, it may be not be exactly broken but there are areas from last year to this year that can be improved. A prime example being all the same boring and poorly written conversations you’ll have between other players, media and coaches have practically all been copy and pasted from last year to this year.

The adage “If it ain’t broke, don’t fix it” does however apply to areas like the Season mode and Franchise mode, since they were strong last year and remain as such. Not everything needs to be entirely changed, sometimes it really is just about needing a better presentation but it is frustrating when areas that are clearly in need of more than just a new coat of polish are frequently ignored, especially something like the Be A Pro mode when many other major sports titles are beginning to adopt a deeper level of storytelling within these modes.

Have Fun With It, But Also Be Good 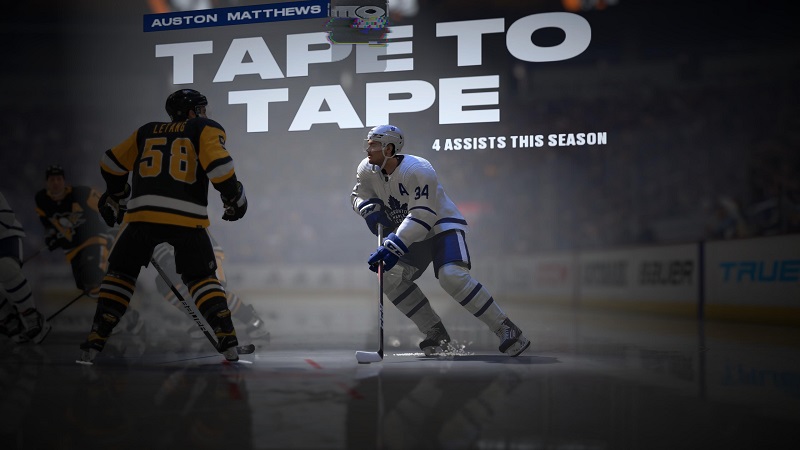 In regards to the online modes, specifically Hockey Ultimate Team and the World Of Chel, it feels like these both seem to constantly improve year on year. With the gameplay improvements previously mentioned, putting those new features into game modes where you’re meant to take advantage of pulling off seemingly impossible, arcade level tricks and moves works really well, and there’s a great curve for skilled players to really dominate.

That’s the unfortunate aspect of ever growing annual sports franchises like NHL, that those who’ve been with the games for years will of course trump newbies in online combat, but at least the aforementioned curve does kick in, once you’ve put in some practice of course.

What these modes did right last year though remains this year. Microtransactions are still unobtrusive, and the quick tournaments between players can be extremely exciting, especially regarding the Ones mode, where you fight for supremacy against two other players in an everyone for themselves match up.

Creating your player is still an oddly in depth process, since there seems to be a wide variety of options to choose from especially regarding different skating and shooting styles, but frankly it all feels entirely unnecessary when you can go through each different shooting style and see only slight differences among the entire 20 available to you.

As a long time hockey fan and NHL series player, who has recently returned to what used to be an annual purchase, NHL 22 really feels like the strongest the series has been in a long time. The presentation is the best its ever been, specifically the real time stats and animations that will pop up in-game make it feel closer to a broadcast NHL game than ever. Players, arenas, and the crowd all look better than they ever have, players interact with each other more realistically than ever, and I find it difficult not to give EA credit where it’s due.

With that said, the lack of innovation regarding NHL’s Be A Pro mode is still upsetting, and the poke-check still somehow remains a problem, though to be fair I noted to only mention it here because it wasn’t as bad as it has been, though it’s still a bit of an issue.

All things considered, and considering the state of other sports games, it’s safe to say that it’s a good time to be a gamer and a hockey fan.

NHL 22 does an excellent job at bringing back old arcade-y mechanics and blending it with today's simulation quality presentation in a way that works together rather than against itself. Some modes could still use a refresh, but the core gameplay of NHL 22 shows that the NHL series is really hitting its stride with this release.