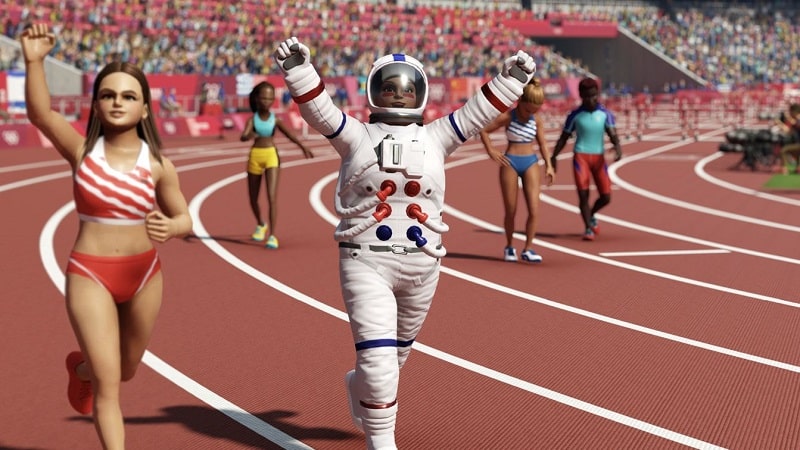 A Bouncy, High Energy And Immediately Accessible Take On The Olympic Spectacle

Certainly, a big chunk of Olympic Games Tokyo 2020’s appeal is that despite its array of different sports and game types, just about anyone can pick up the controller and start playing, marking Sega’s latest as a top contender for one of the better party games of the year. In large part, this down to a neat double header of simplistic controls and a super handy visual tutorial that immediately tells you everything that you need to know in order to start playing.

As to the events themselves, Sega have done a great job of bringing to life some of the most compelling events at this year’s (well, really last year, but thanks Covid) Olympic spectacle, including everything from the uber-traditional 100 meter sprint and freestyle swimming all the way through to BMX, Basketball, Hammer Throw, Boxing and even Judo. To say that there’s quite a variety of sports to participate in here would be quite the understatement, but it’s also fair to say that not all of these sports are given equal treatment from a quality standpoint. 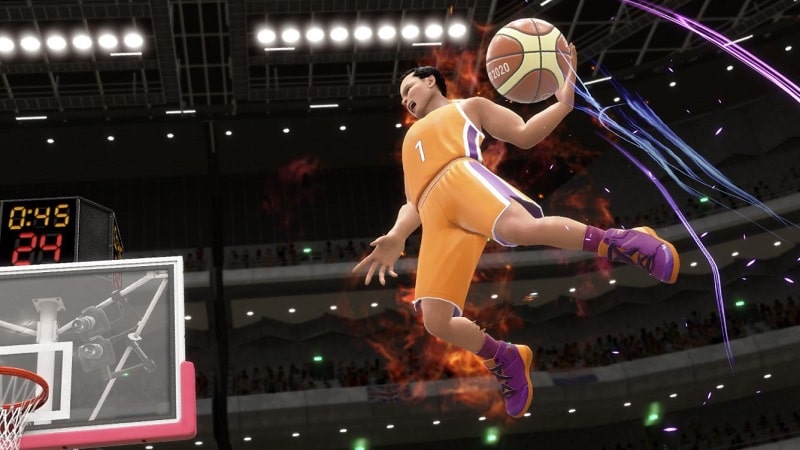 Some of the more straightforward and locomotive sports, such as the 100 meter sprint deftly honor the 80s and arcade heritage of Olympic videogames by requiring the player to tap a button as quickly as possible, with an added flourish at the end (pressing the analogue stick in addition to another button generates a burst of speed) to spice things up.

The swimming events meanwhile combine a button mashing approach with one predicated around timing. As you swim one length of the pool, you have to time a button a press so that you turn your body around at the correct time and begin the journey back, timing the button presses of the shoulder buttons to the on screen prompts as you do with each shoulder button press representing one of the swimmer’s arms tearing through the water.

What’s intriguing, is that there’s actually a bit of strategy to be had here too, as the more successful button presses you make, the more your adrenaline meter increases, with the end result being that you can elect to use a short burst of energy to sail past your nearest rival. However, if you use this burst too early on, your character can exhaust themselves and essentially end up forfeiting the race in that way instead. 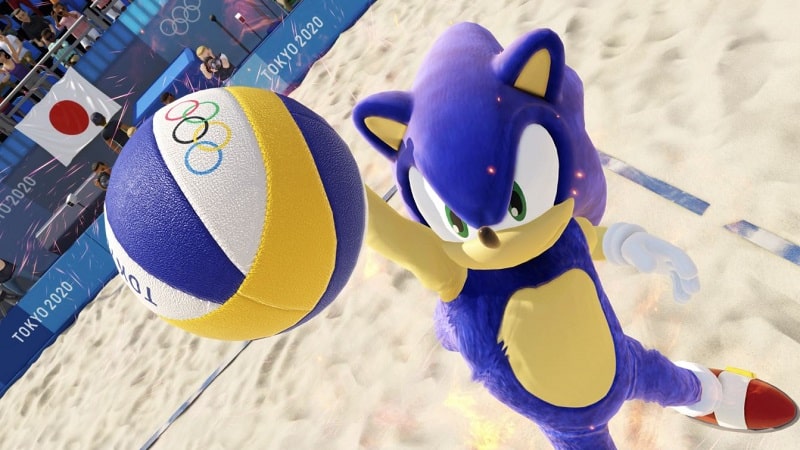 Elsewhere, other events such as Judo and Tennis both fare extremely well. In Judo, victory is all about measuring distance and using a mixture of timing and button mashing to execute the correct throw once you’re in range. Tennis on the other hand, feels like a diet version of Sega’s excellent, and wholly due for a re-release, Virtua Tennis as players glide around the court with practiced smoothness and hitting back power shots feels super satisfying.

On the other hand, some events that don’t fare quite so well include BMX and Boxing. In terms of the former, you have very limited control over the bike itself as you must pull of tricks after jumping over ramps and grinding down rails. Though a sense of speed is most assuredly present, the handling simply feels sluggish and makes the event really not a lot of fun to play as a result.

Even worse is the Boxing event. Essentially a take on Rock Em, Sock Em Robots that pretty much sidesteps all of the strategy of the sweet science, Boxing in Olympic Games Tokyo 2020 is quite simply about throwing jabs, hooks, body shots and uppercuts while a handy block command lets you, well, block incoming strikes. The problem is, because you’re largely rooted to the spot (hence the Rock Em, Sock Em Robots quip), you cannot engage in the footwork that arguably defines boxing at its highest level. Definitely something of a disappointment. 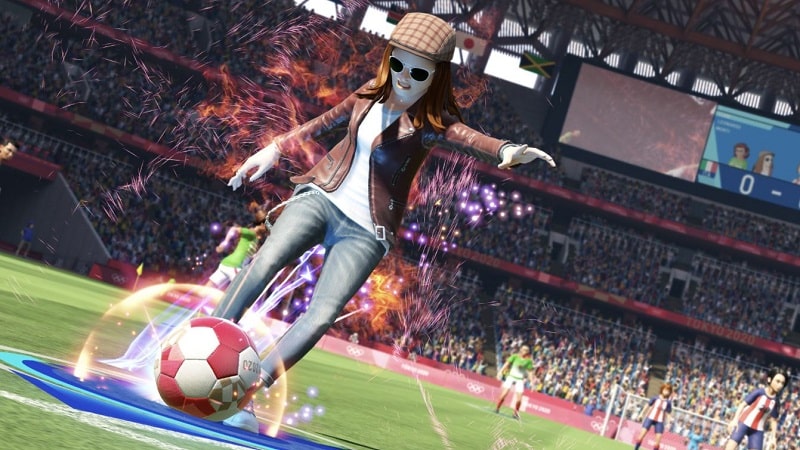 On the whole though, the selection of sports that Olympic Games Tokyo 2020 presents is arguably compelling and when played in multiplayer either locally or online (spoiler – locally with beers is *much* more fun), the enjoyment is amplified – not least because when you lose, it doesn’t even really feel like a loss thanks to generally good natured camaraderie that normally threads through such local multiplayer shenanigans. On the online side of things, such bragging rights can instead be found on the global online multiplayer leaderboards which allow you to pit your mettle against other folks from across the planet.

Beyond its seemingly endless appeal as a multiplayer party game, Olympic Games Tokyo 2020 also showcases an attractive visual style that appeals to all ages too, with stylish and often times flamboyant character models that are well animated and which can be augmented with new costumes which can be bought with coins earned from playing the game. Want to do the 100 metre sprint in a Sonic The Hedgehog costume? Knock yourself out. It’s pretty wholesome stuff and I’m certainly here for it.

If you’re not normally taken by the sometimes clinical and stuffy presentation of the Olympics, don’t let that faze you when it comes to weighing up what Sega has wrought here. An imposingly entertaining collection of mini games that will keep folks entertained all the way through the real-life event and beyond, though far from perfect Olympic Games Tokyo 2020 nonetheless confidently lights the fire and cements its place as one of the most surprising and entertaining party games of the year.

Olympic Games Tokyo 2020 – The Official Video Game is out now on PS4.

An extremely entertaining handful of sports themed mini games with just a few duffers to be found amongst their number, Olympic Games Tokyo 2020 - The Official Video Game distils the longest running athletic spectacle on the planet into a great party game with charming visuals and immediate accessibility. Right now, Olympic Games Tokyo 2020 - The Official Video Game is one of the better party games of the year.