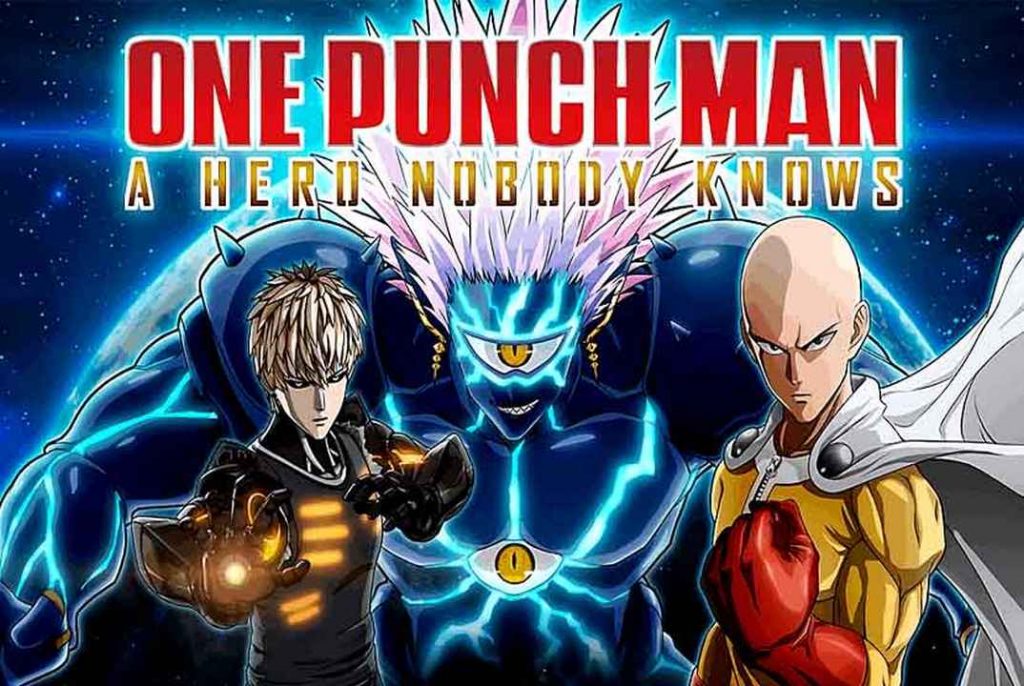 The first thing you hear upon starting One Punch Man: A Hero Nobody Knows is power metal. Keeping with the ambiance of the anime, the opening theme sets the stage for what is to come – a romp through a world full of bombastic characters and over the top action.

One Punch Man: A Hero Nobody Knows PS4 Review

I am a huge fan of the One Punch Man anime, watching Saitama’s journey as a hero is one of the highlights of the show and A Hero Nobody Knows gives you that experience. The game contains a variety of characterization options to build your hero, though be warned; while much of the character creator is linear, the accessories tab may give you some trouble. Each piece needs to be added in one of 8 areas rather than being independently moveable.

After you have designed your character, your journey begins starting as a brand-new Class-C Hero. One Punch Man: A Hero Nobody Knows is a fighting game modeled on the style of the Naruto Ultimate Ninja Storm series. Your character free roams around a set map and picks up missions, with these quests providing EXP, as well as other currencies to develop your hero.

You Are Part Of This Story

The game is set within the first season of the One Punch Man anime and as such is fairly linear. Familiar characters show up almost immediately, though the ability to interact with them gives them a welcome depth. Your character does not have a voice outside of combat, but dialogue choices help to make this something of a personal journey. It certainly isn’t as fleshed out as other games but that’s also not what ultimately, this game is about.

One nice thing A Hero Nobody Knows does is allow you to deepen bonds with the other heroes in the game. This occurs through completing personal missions for the other heroes and pays off as one will randomly show up to give you an item quite frequently in order to aid your progress.

Combat in A Hero Nobody knows is standard for modern fighting games, featuring 3 vs 3 team battles with a swap mechanic. In addition to the story campaign there is both online and local PvP where button mashing is still a viable option for those not as skilled.

Though chains and combos are present for those willing to master them, the game contains nine different fighting styles that are referred to as “battle modes”. These can be upgraded over the course of normal missions, with the added bonus of special quests that grant new moves.

Don’t Worry A Hero Is Coming

There are two additional mechanics that are unique to A Hero Nobody Knows; one is the Arrival System and the other are field events. Field events are randomly generated events that affect the battle and range from meteorites falling from the sky to random heroes showing up. These events can be both a blessing and a curse, as most of them affect both combatants. They can be turned off in PvP if you dont want the added distraction.

The other mechanic is the Arrival system and is one of the highlights of the game. Over the course of the match a timer counts down until your teammate arrives, performing combos reduces this timer significantly. This can be invaluable if your teammate is Saitama, as he will end the fight in a single punch.

One Punch Man: A Hero Nobody Knows while having a couple of unique mechanics and characteristics is by no means unique compared to other games like Tekken or Mortal Kombat. The main story is based on hitting certain levels to progress and repeatedly failing to win a fight can drag the experience out. There is a noticeable increase in difficulty tiers and many of the enemies are re-skins of the same set of models, making things seem a touch repetitive as a result.

Your skill in fighting games will truly determine how long the campaign lasts as you will be able to take on higher level missions which will net more EXP rather than taking multiple easier missions which adds on to the overall time investment. One Punch Man: A Hero Nobody Knows will resonate the most for fans of the anime and manga, while still providing a fun experience for those less familiar with the source material.

One Punch Man: A Hero Nobody Knows is available on the PlayStation Store.

Worthy of a Class-A Hero! One Punch Man: A Hero Nobody Knows is a solid fighting game experience wrapped in nostalgia and callbacks to the animated source material. Fans of the anime will love to be able to play as their favorite characters and add their own flair to this over the top world of heroes and monsters. Despite some drawbacks the game is a fun way to immerse yourself in the world of One Punch Man and feel like a true Hero.

One Punch Man: A Hero Nobody Knows