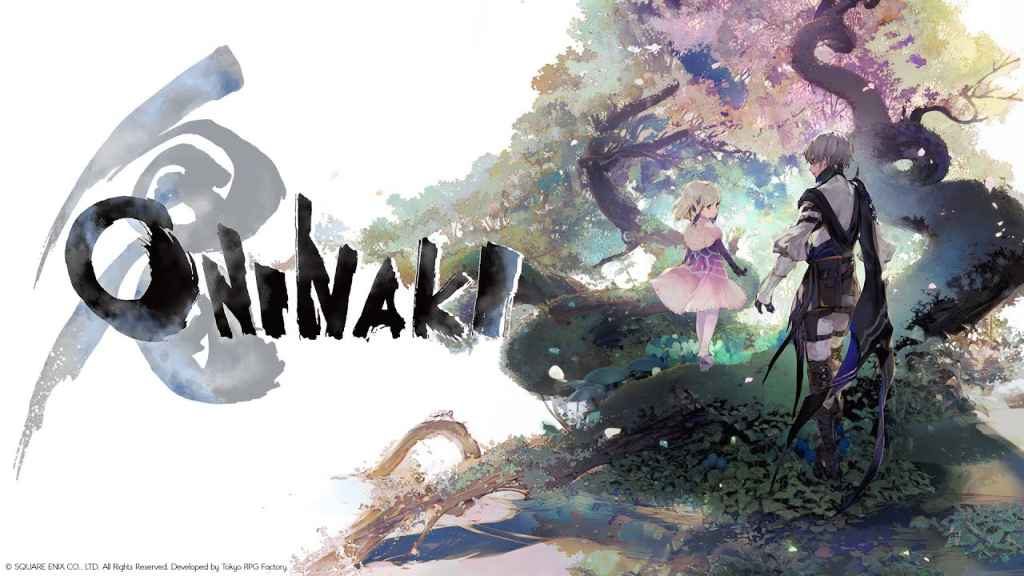 With the success of Lost Sphear and I Am Setsuna in the book, Tokyo RPG Factory hopes to continue the trend with Oninaki. It features a simplistic visual style with a promise of dark themes. It has a lot to live up to when compared to the previous games. Does it do enough to stand among the company’s previous works?

You play as Kagachi; a Watcher helping to aid the spirits of the dead on their way to the Afterlife. His intentions are fairly good-hearted, but he often contradicts himself with his nonchalant attitude toward things. He feels like he’s just doing his job while the rest of the world stresses over death and the Afterlife. However, as we see his story play out, we see him more and more come to realize the importance of the world around him.

What makes the narrative so strong is its themes, which all revolve around death in some way. This land reveres the Afterlife, but everyone has his or her own way of perceiving that importance. Some wish to throw away their life to get to the next step, and some are afraid that the Afterlife is just a hypothetical.

What Oninaki does especially well is that it allows you to see why people make particular choices. In giving these explanations, you begin to understand that they come from a place of real emotion and intent. At the same time, you still see the ultimate consequences of them. You see the motivation behind the characters in the game and the reasons for the decisions they make.

While there is an overarching narrative, a majority of the story comes through these individual tales of people you meet along the way. Some contribute to the overall storyline more than others, but all of them help to create a series of collective thoughts revolving around the process of death. With this in mind, the game’s overall presentation works wonders mimicking what made Valkyrie Profile so special, and it works quite well.

Those themes and stories are bolstered by a soothing orchestral soundtrack. Many of the tracks feature a cello melody, and that instrument just fits with the tone of the game. The soundtrack adds thoughtful ambience to the events the transpire in Oninaki, delivering strong performances without taking the spotlight away from the themes and the characters. It really is a beautiful, somber score.

The Good Comes With The Bad

The presentation also plays a part in this melancholic tone as well. The story delivers darker themes, but the art style is very simple and almost child-like. This juxtaposition plays to the common naivety that many characters have about death. It also makes many of the more morbid scenes feel that much more potent.

The narrative sports some strong themes and execution, but it also takes a while to progress. I don’t only mean that it’s a slow burn, because it is, and that aspect of the game is wonderful. But, Oninaki falters a bit when it moves from sequence to sequence. More specifically, the issue comes in the form of transitions between cutscenes.

When you encounter a cutscene, Kagachi freezes, and the screen slowly fades to black, before it fades back in showcasing a new scene. There are also long periods where characters are walking or moving around before more dialogue appears. The simplistic style doesn’t allow for those more intimate, silent moments to contribute more, so they often feel like empty spaces. These may not seem like a big deal in writing, but their frequency poses a great deal of downtime when actually playing.

Fight With Your Daemons

Other than the themes and characters, Oninaki, of course, features combat and Daemons play a big part in how you fight enemies. Daemons are dead souls that have grown too corrupted in their regrets to pass on. You wield their weapons, and they attack based on your command. As you fight with them, you gain skill points that you apply to their individual skill trees. Many different Daemons lay in wait around the map just waiting for you to unlock them.

As you fight enemies, you earn weapons for each of your Daemons, which you can strengthen and customize with an alchemist and gem sockets. Much of the combat revolves around your ability to improve and organize your Daemons beforehand. This makes Oninaki feel more strategic, even though combat is very much action-based.

When you find a new Daemon, using them effectively proves to be quite challenging. At the onset, all Daemons only have one ability to use alongside basic attacks. This means that you have to wait for cooldowns and kite a lot of enemies in order to develop that particular one. All your Daemons do not share experience pools or skill points, so you have to run each one separately to develop them.

Since the number of enemies and the challenge increases as you go along, being able to test out new Daemons becomes more of a chore than something you want to invest time into. This sees you mostly sticking with the Daemons that you had the opportunity to develop early on, leaving some of the more interesting ones on the sidelines.

Stronger weapons can help grease a Daemon’s development, but you still need a great deal of time to get them combat-ready. I wish this aspect of the game were more accessible and you could develop multiple at once.

Oninaki paints a very dark picture of life in the face of death, as well as how many people perceive both of those concepts, and the game will stick with me for a while because of that.

The game offers up a thoughtful narrative through and through. Some presentation and pacing choices sour it and combat can bottleneck your choices. Either way, the stellar tone, soundtrack, and tales of Oninaki feel memorable and potent. Once you get past a couple of issues, Oninaki is worth experiencing.

Oninaki takes dark themes and a child-like visual style and combines them with the potent themes of life and death wonderfully. Combat can be a little restrictive and the presentation takes a hit in cutscenes, but its successes make it more than worth your while. The game flows with darkness and hope, and Oninaki shines because of it.