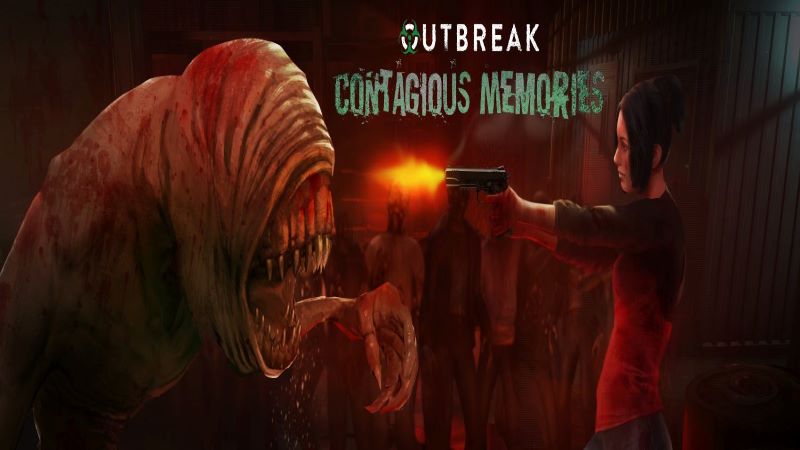 A Story That Only The Most Hardcore Fans Will Actually See

You take on the role of Lydia, who awakes in a warehouse with memory loss. The entire opening sequence and the entire game, for that matter, borrow heavily from Resident Evil 3: Nemesis back on the original PlayStation.

Lydia must escape the town while a mysterious outbreak is occurring. I would say more about the story, but it’s so bland that, quite honestly, most people probably won’t even get far enough to experience it. 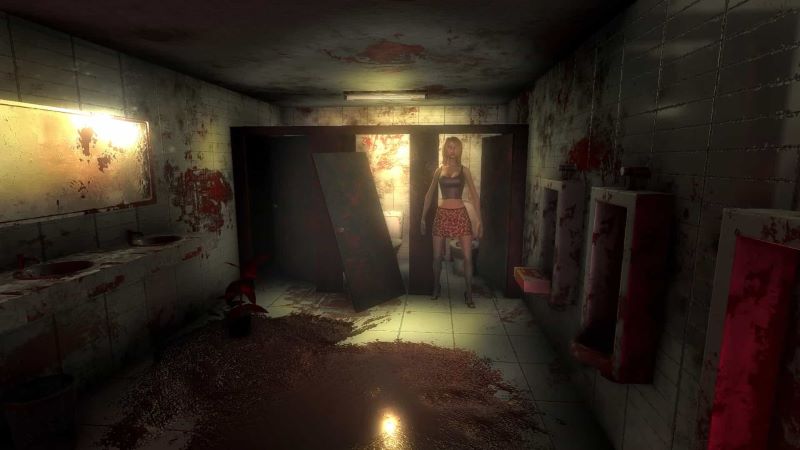 Before starting the game, I was presented with plenty of options to turn off and on. Most of these options are graphical, allowing you to turn on and modify lighting and shadows as if I’m playing on the PC. These options also don’t make much sense since the game looks like a PS3 launch title anyway, and that’s being generous.

The first thing I noticed was the controls. Button prompts didn’t make any sense to me and took me a long time to get used to. The circle was the button to open up my inventory. The touchpad opens up the journal menu, and triangle opens up the map. I constantly ended up passing the wrong buttons.

As I walked around for the first time, I tried to figure out how to sprint in the game. Well, guess what, you can’t run. At least I couldn’t figure out how. I pressed every button combination I could think of, and Lydia wouldn’t move any faster. I would have been okay with this Lydia didn’t move slower than a three-legged turtle. 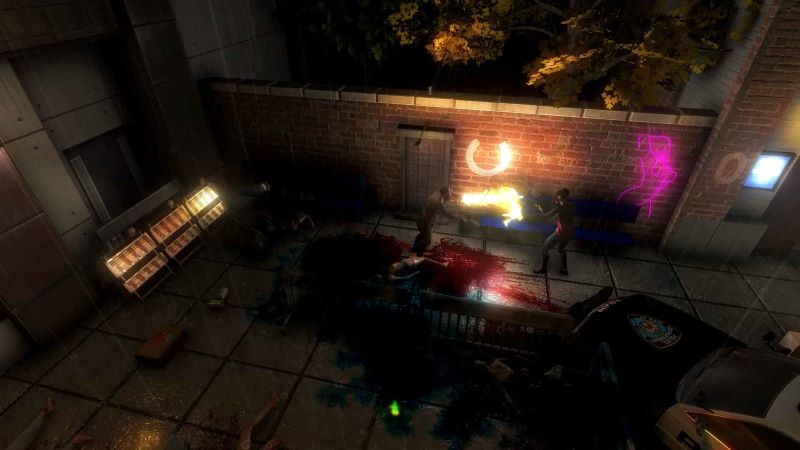 This is a problem because every enemy moves faster than you. Whenever I tried to outpace or move past zombies, I couldn’t; they were always faster than me. This led to even more significant issues that led to me quitting the game multiple times.

Another reason getting around the undead is a pain is because every time I changed direction, Lydia would stop moving and then slowly pick up speed to walk again. It’s almost as if entire frames are missing, and the game has to reset the walking animation before it would let you walk side to side or even diagonally.

Besides the ability to sprint missing, other features missing are the ability to move and shoot in third-person view. One exciting aspect of Contagious Memories is changing camera modes on the fly. By pressing R3, you can switch to over the shoulder third-person, first person, or traditional fixed camera.

I found myself playing in first person mode the most because it’s the only mode I thought gave me an advantage. That is, aiming and shooting zombies whereever I wanted. The head or the legs were an option that I thought would provide extra damage or even knock down zombies, although none of these turned out to be the case. 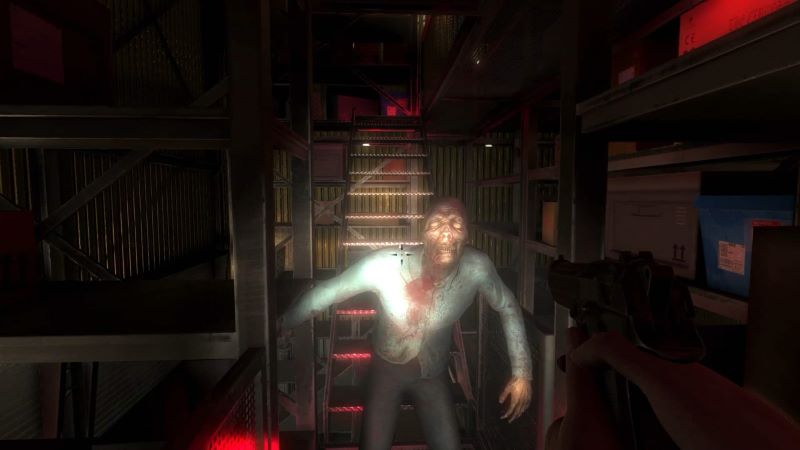 I counted just how many shots it takes to kill a zombie, and it’s almost an entire clip of handgun ammo. Going up against the undead, I wasted seven to eight bullets to kill one zombie. It wouldn’t matter where I would shoot the zombie. The result was always the same.

This again comes back to being a slow-moving character. Each shoot has about a two-second delay before you can shoot again. By the time you can take out a zombie, it’s right in your face attacking you.

Not being able to run away from encounters became a big problem later on in the game. Due to the fact ammo and supplies are limited and so much of your resources are wasted trying to take out basic enemies, I found myself constantly out of ammo, out of health, and with no way to escape my pursuers.

This led to plenty of death screens which would see me starting back at my last manual save, which at some points can be half an hour away.

Inventory management is also a pain. Healing herbs such as the green variety (a clear nod to Resident Evil) can’t be combined, but they can be combined with different colored herbs leaving you limited to how much health you can carry.

Horrible Inventory Management Leaves You With Even Less Resources

Ink, which is used to save at typewriters, can’t be combined, so they take up a slot in your inventory. Items you have no use for remain in your inventory until you store them in a storage box.

You even get an ammo crafting tool, but the required materials to create ammo are even more challenging to find than actual ammo, so it ends up taking up space in the inventory.

The game also features a meaningless degradation system on the weapons. Weapons degrade from use, so you have to find others to replace them. Early in the game, I found two of the same handgun. It’s such a pointless system because you won’t even find enough ammo to degrade your weapons enough to need a new one. 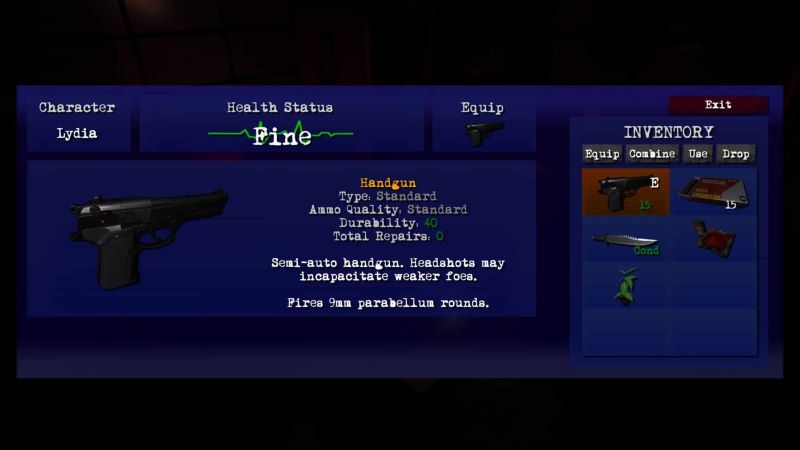 What’s worse is if you degrade them, they become useless, and you’re forced to use enough. It’s like doing an entire game run with the combat knife in Resident Evil. However, in this game, your knife will degrade, and there is a chance that you can reach the end of the game with no weapons and no way to finish the game.

Horrible Animations And Graphics Are Saved By Decent Sound Design

The puzzles feature a distinct 90s flavour, something which I did appreciate, and some of them took me a while to figure out. I did enjoy them, even though some of them can be figured out with simple trial and error.

For the most part, I enjoyed walking around the city streets, and the police station in particular is well designed. I enjoyed exploring them, but a lot of the game takes place in the sewers, which is one of the worst locations a video game can take place in. 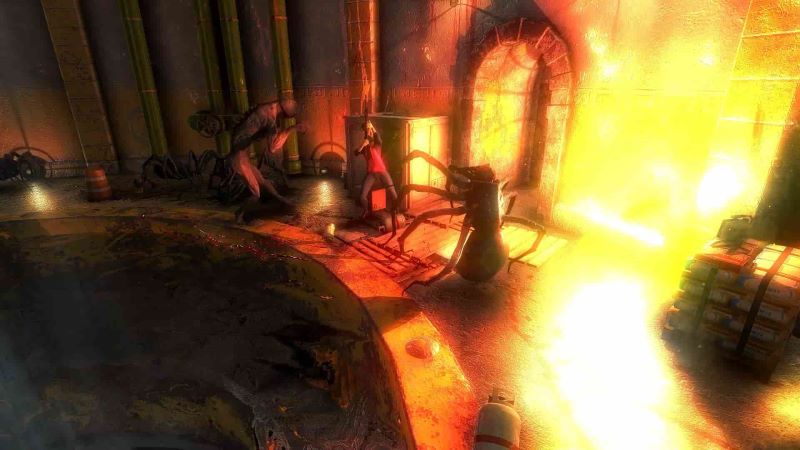 Graphically the game is terrible. You get real-time shadows and lighting against the background that looks like it was designed twenty years ago. Similarly, enemies and animation are also dreadful. There only seem to be three different zombie types that you encounter every time, and the animations are so poor that they can be unintentionally hilarious.

The zombie dogs, for example, will run at you, but when you shoot them, the animation stops and returns the dog to a standing animation where it then simply falls over to the side like a statue. The dog stands back up two seconds later by seemingly reversing the fall animation back to a standing one and then resuming its run animation.

Voice acting in traditional 90s fashion is terrible and probably the only aspect of the game that I believe was done bad by design. On the flip side the sound effects of the zombies’ groans are excellent and nostalgic, as is the moody music. It even has its own unique save room tune.

Avoid At All Costs

Outbreak: Contagious Memories is one of the worst games I’ve ever played. It’s so bad that I have to ask how this franchise has survived so long with this many instalments.

You would think that improvements would be made through eight games, but instead, Contagious Memories seems to be taking steps backwards. Without the ability to sprint, shoot while walking, and almost no resources to get you through to the end – all of which were available in previous titles – the experience is an absolute nightmare.

Only the most hardcore fans of the Outbreak franchise will come back for Contagious Memories when it’s all said and done. Everyone else should avoid it at all costs.

There is almost nothing good about Outbreak: Contagious Memories. From the terrible controls to the lack of simple quality of life issues that were found in previous games in the franchise, Dead Drop Studios want you to believe that all the horrible design decisions were done on purpose. Sadly, it's impossible to actually believe that someone can make something this horrible in hopes of entertaining anyone.