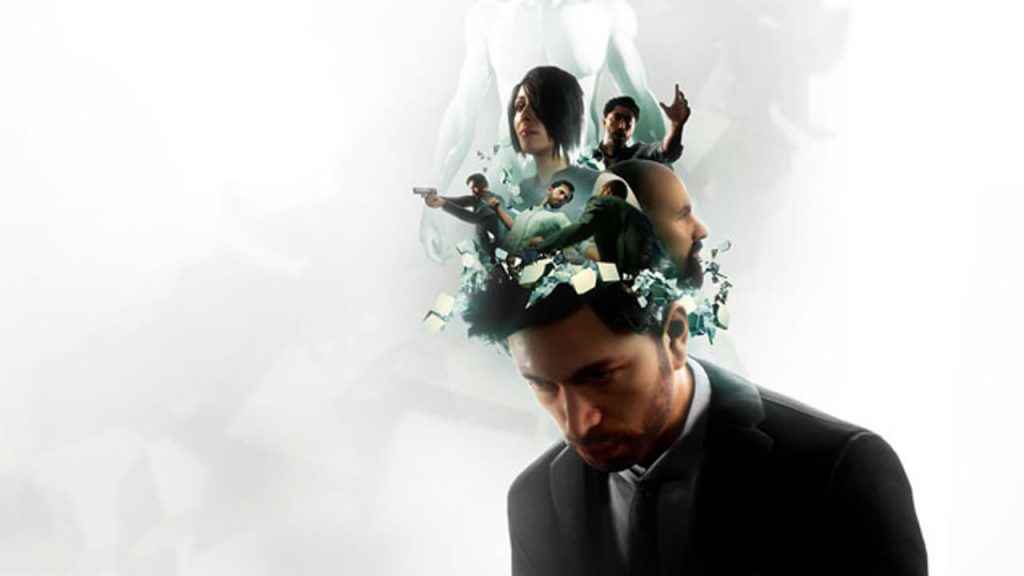 The nicest thing you can say about Past Cure is that it has pretty lofty ideas of what kind of game it wants to be.

German developer Phantom 8 Studio cites the movie Inception for its inspiration, and the game also borrows heavily from The Evil Within, Max Payne, and Quantic Dream’s back catalogue. Grand aspirations indeed.

Clearly far too grand to actually pull off because Past Cure is hilariously awful.

The game, an alleged psychological thriller, centres around a man, who is of course called Ian, who awakens one day with psychic powers, three years missing from his memory, and some recurring nightmares and hallucinations. Ian combats the downsides of his afflictions by using medication to ‘refill his sanity’ (that’s how it’s put in-game). Ian then attempts to use his powers to uncover the reason for his strange situation and the find meaning behind his visions. It sounds far more interesting than it turns out, believe me. The game’s opening sets the stall for five hours of an absolute shitshow of disorganisation and underwhelming execution. Ian, in his ‘dream state’ walks from room to room in a surprisingly bland dilapidated house. As he enters a room, the doors shut and you have to watch to see which door lights up red. An enemy (one of four ever-so-slightly-different flavors) known as a ‘Porcelain Man’ shambles out and you shoot him into rubble. Then you get to leave and enter the next room.This pattern is repeated multiple times, with slight escalation.

As an entry way into the game’s themes, mechanics, and ideas, it’s almost perfect because it nails the feeling of the remaining play time in that it’s nonsensical, poorly executed, and utterly laughable. The most compelling thing about Past Cure is in wanting to see if it ever manages to stick the landing on an idea, a mechanic, or even a plot point. It never does, but it’s ghoulish fun to try and see anyway.

The strongest suit Past Cure has is in its visuals, and even that feels like ridiculously faint praise. The art style for the nightmare world certainly exceeds the mundane ‘real world’ sections. It pulls off the odd neat, if incredibly hackneyed, trick when it tries to tackles some of Ian’s head trips, and there’s a smidgen of smart simplicity to the idea of the Porcelain Men. That’s about it really. In passing, Past Cure looks entirely reasonable, even the technical side of it isn’t as shabby as I’d suspected it would be, with some decent cutscene direction. It is however, a far cry from the quality it believes it has. Also, what the hell is up with Ian’s off-centre head? The slack-jawed mouth movements are far more disturbing than anything in the nightmare world too. Character movement is fiddly, making the combat an even more unpleasant experience than the poor design manages on its own. The abilities (all two of ’em!) Ian gains are dismal copies of ones found elsewhere (if there could be an award for dullest, most pointless, bullet time mode…). Astral Projection is the better of the two. it's used to mess with electronics and invade characters' minds. Of course, its implementation is cack-handed. Most of the ‘interference’ is banal, and mind-jacking occurs twice in poorly-scripted sections. Slo-mo is just utterly, utterly pointless, as you’re never in enough danger to warrant using it, and it hasn’t an ounce of ‘cool’ to it if and when you do decide to use it.

The game claims to have puzzles, but these are only truly taxing if you are in fact not a human being, but a house brick that found itself plopped in front of the telly. If being told to ‘go here, press this’ is something you might find especially puzzling, then Past Cure is a mind-blower.

The story? Oh well the story is…to put it kindly, nonsense. Past Cure’s failure to stick to one thing is its ultimate downfall. Much like the game itself, the story feels like it was stapled together from several rejected scripts for several different films. There’s little coherence, and every conversation sounds like over-saturated narration, even when two characters are supposed to be talking to one another. It’s not terrible, it’s incomprehensible. If there was any hope it’d all tie up nicely by the time the game’s finale rolls around, you’d be sorely disappointed. It would help if the voice acting was even a little bit decent. Of course it is not. Even by the expected standard for a small studio title such as this, the acting is horrendous. Absolutely nobody involved sounds remotely interested or emotionally invested in the lines they’re reading. While it is hard to blame them when every line sounds like an infomercial for the benefits of All-Bran to begin with, it really does not excuse voice acting that ranks so far below the term amateur, it would be embarrassing at an infant school play.

The saving grace for Past Cure, the thing that makes it a minuscule notch above the true dirge of PS4 games available, is that many of its issues arise simply because the developer had such high ambition for Past Cure. There’s a modicum of sympathy to be had in that regard, but does it stop Past Cure being a rubbish dump paella of a game? No, because lofty hopes or not, the execution of Past Cure is nothing short of shambolic. Ambition still requires a degree of skill and understanding, and it is clearly not on display here.

Reviewer provided own retail copy for this review. No, we don’t know why either.

There's no denying that Past Cure is born from lofty ambitions. Regrettably, those ambitions are not joined with the necessary skill or understanding needed to make Past Cure anything close to a competent, coherent experience. A messy bore of a game that vomits its incoherent nonsense on your shoes as it rambles on mindlessly for ten minutes about why that's important.