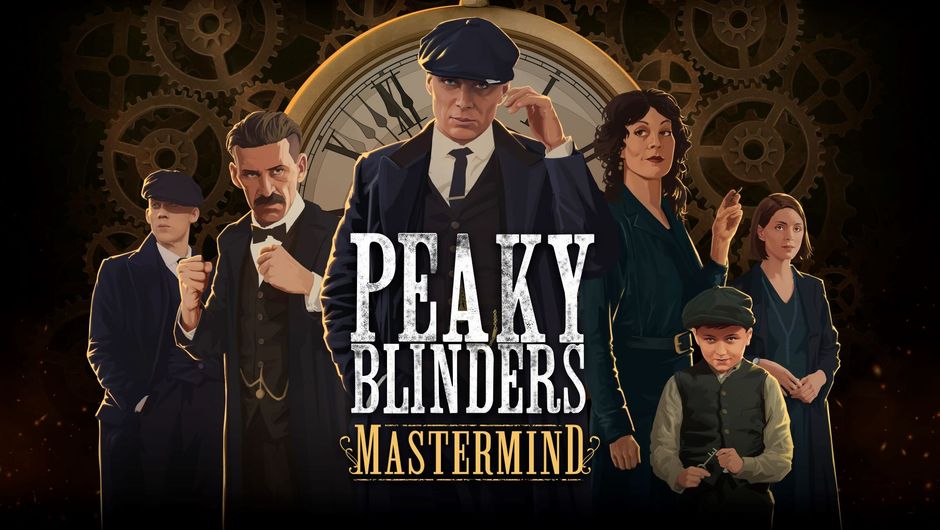 Peaky Blinders: Mastermind PS4 Review – Oi, listen ‘ere! You have been enlisted to work for the Peaky Blinders, to take part in a tale of revenge, a story of dodgy coppers and a tale of unlikely alliances. What seems to most like a madcap tale of violence is actually a normal day for the Shelbys. From the amazing minds at Futurlab and published by Curve Digital, Peaky Blinders: Mastermind is a time-bending puzzle game that has some really entertaining and distinctive mechanics that I think most people will love.

Cross The Shelbys If You Dare!

Peaky Blinders: Mastermind is unlike anything Futurlab have done before. Saying that though, if you look over Futurlab’s catalogue of games they do span a plethora of genres. From the fast-paced Velocity 2X to the tactical Mini-Mech Mayhem, from the simple Coconut Dodge to the VR racer Tiny Trax, all of their titles have been distinctly different.

Related Content – The Best Indie Games on the PlayStation 4.

If there is another game that this title reminds me of it’s The Sexy Brutale, which I loved. It has that same time-bending and manipulation mechanic that when done right, feels superb. Peaky Blinders is about planning your route through each stage, taking the abilities of each character into account and bending time to your will. You can move forward and backwards through time, moving characters to where they need to be and executing your plans to perfection. It’s how you use each character, how you use the very helpful timeline and how quick you do it that really interests me.

Sometimes you have control of multiple characters and to complete your objective you have to work them all at the same time, to a deadline and in unison. It’s here that the time mechanic really comes into its own, maybe you need to hold a door open for Ada or distract a guard, you can only control one character at once so bend time you must. After you have say, held a door open with one character, you can rewind time then select an alternate character and walk them to the door in unison with the first character you manoeuvred. It’s completely brilliant in action and so rewarding.

What I really loved was trying to shave seconds off each level and correcting my mistakes by rewinding the clock. Noticed you made a mistake? Working out what to do in a certain section of the game? You can regain your lost precious seconds by warping backwards in time and think nothing else of it in the process. When you see several characters you have set up separately, all synchronized, executing your well-laid plans together, it’s beautiful and makes you feel really intelligent. You can sit back and think, “Yep, I did that! I’m Tommy Shelby!”

Time manipulation aside, each of the Peaky Blinders has skills for you to use to your advantage. For example, Ada can distract guards, Polly can bribe coppers, John can burn obstacles and Arthur can kick doors down and throw fisticuffs about when needed. I quite often took the wrong character into the wrong section but luckily, unlike most games, I am the master of time here and a quick rewind sorted my initial mistakes. This game includes a great timeline at the bottom of your screen and it’s perfect for planning the next moves in your intricate plan.

Each character has a line in this timeline and each time they do an action, an icon appears on the timeline. You can use these lines and icons to link other peoples actions together and succeed. For example, you may want two Peaky Blinders holding two switches to hold a door open, you don’t really want to be scrolling around the level checking where each one is. That is why you use the timeline so you can chronologically line things up. It’s a simple yet brilliant piece of design that makes something that could have been a pain very enjoyable and care-free.

In addition to completing each stage within a certain timeframe for either a gold, silver or bronze reward, there are collectibles dotted around each stage. They take the form of pocket watches and to get 100% on each stage you will have to find several of these illusive timepieces. Luckily when you pause the action while you devise your cunning scheme, you can scroll around, look for collectibles and brainstorm what you will do next. On the standard difficulty, there are colored waypoints to help and these can be turned off on the highest difficulty for any masochists out there.

Graphically, I loved Peaky Blinders: Mastermind. Every character looks like they do in the show, often with games based on real-world IPs, the characters look weird and sometimes nothing like their on-screen counterparts. The story sections between each of the game’s ten missions are static, comic-style scenes and all looked well-created. The story sections were all well designed, well written and fit perfectly with the style of the popular TV show.

I loved the sound work too, there was one rocky guitar track on the level select screen that I must lookup. It was amazing. All the sound effects were good and everything within the game’s levels sound as you would expect it to. The only thing I would have liked in addition was some voice acting but I can understand why that did not happen. It would have cost an arm and leg to get this lot in to record lines and who has that kind of cash lying around?

I really, really, really loved this game. After reviewing a few heavy and not too enjoyable games recently, this was the breath of fresh air I needed. It’s well designed, well made, performs perfectly on a technical level and when you execute something to perfection, it makes you feel like a criminal mastermind. The clue is in the title of the game I suppose. If you are looking for a puzzle game, a game that requires planning and tactical nous, then this is definitely the title for you. Even if you just like the TV show, it’s definitely worth a punt.

Peaky Blinders: Mastermind is like an elaborate game of chess where the pieces have special abilities and you can time travel. It has a nice trophy list, well-designed levels and it’s really rewarding to play. It’s not overly long, it’s clever and makes you feel smart in return. So, go and get signed up with the Shelbys and remember, don’t muck with the Peaky Blinders! Or y’know, something that rhymes with that.

Peaky Blinders: Mastermind is out August the 20th for the PS4.

Clever, rewarding and a lot of fun, I have always wanted to control a family up to the neck in crime and now I can. Peaky Blinders: Mastermind performs well, never overstays its welcome and makes you feel great when things go your way. The levels are well designed, compact, short and very sweet. If you're up for some tactical planning and light puzzle work then this is the game for you.