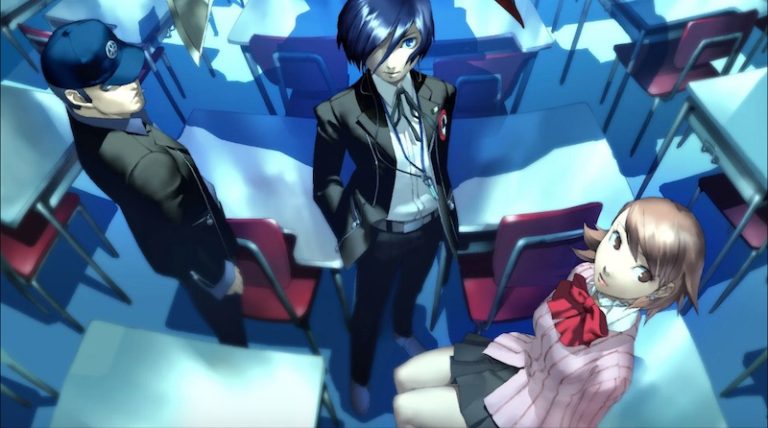 Persona 3 Portable Review (PS4) – Persona 5 brought a great deal of new fans of the series into the fold. Rightly so, since it brings a lot of flair and style not found in many games.

It’s likely that many of those fans might ride that same energy and jump into other games with Persona in the title. However, as I learned during my time with Persona 3 Portable (P3P), not all Persona games are created equal.

At the start of the game, you get the option to choose between a male or a female protagonist, Minato or Minako Arisato, respectively. You are a transfer student into Gekkoukan High School in fictional Tatsumi Port Island.

Your transfer seems to create some logistic confusion at the school in terms of where to put you in the dorms. So, you end up in a specific dorm with some quirky characters. It doesn’t take long before the oddities of the dorm surface, as shadows start to pop up and your roommates quickly need to explain what’s happening. 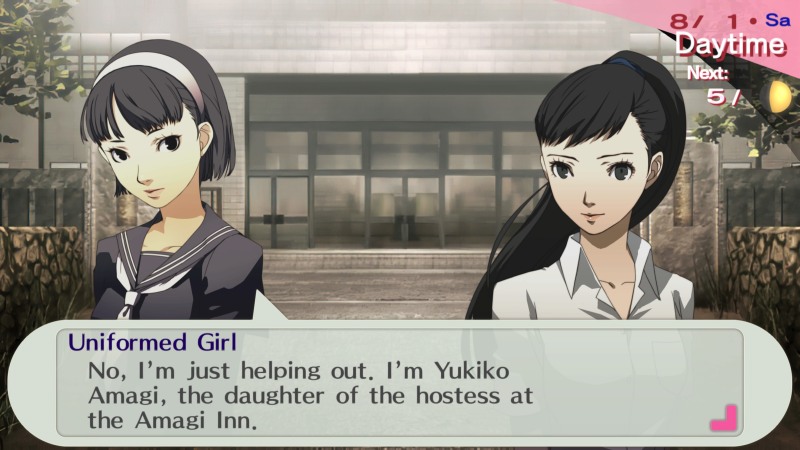 The Dark Hour occurs every night at midnight, a time and space outside of reality, and only Persona users can perceive that occurrence. Everyone else stands trapped in upright coffins during the Dark Hour.

Once the Dark Hour is over, they’re released none the wiser.

The narrative comes in chunks; if you dabble in the Persona franchise, you already know the formula. Go to school by day, save the world by night, build relationships everywhere in between. These relationships come in the form of Social Links, each one pinned to a Zodiac sign that relates to that character’s circumstances.

Going on from Social Links, developing these relationships with characters allows you to create stronger Personas from that Zodiac type. This gives an added purpose to keeping up with these side characters.

Some Personas, especially the more powerful ones, can only be created if your Social Link is strong enough in that Zodiac type. 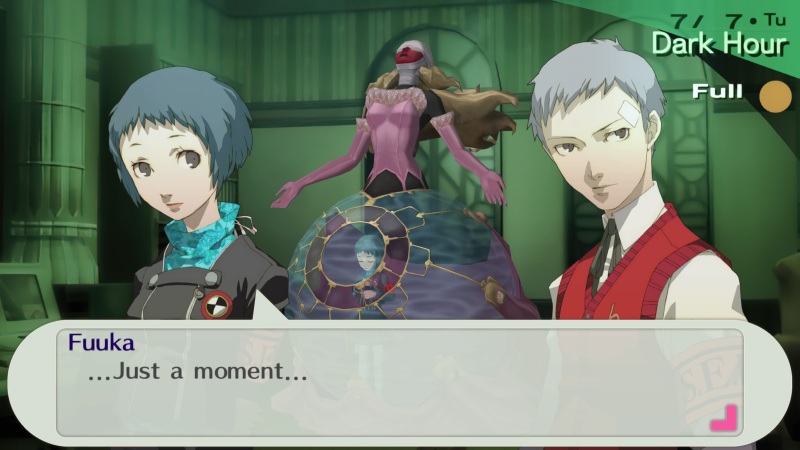 As you can imagine, this is where the min/max aspect of the game comes into play. Tons of effort and resources go into creating, or Fusing, Personas together. In doing so, they become different types with different Zodiacs.

The new Persona can also take on some of the abilities from the Personas that created them.

Even further still, you also unlock a vendor partway through the game that allows you to trade Personas for unique items and weapons. P3P doesn’t offer a great deal of depth when it comes to weapons and equipment outside of a handful of weapons for each character as you progress.

So, this vendor allows you the option to strengthen your characters even further by doing what you do already: dungeon crawl and collect Personas. Funneling all progression into developing Personas makes the gameplay side of the game a focused affair. 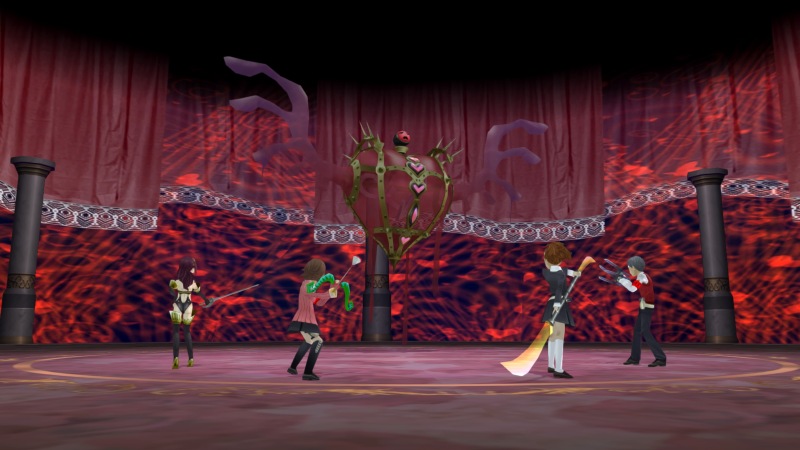 This may sound morbid, but I respect and enjoy the themes of P3P simply because they generally revolve around death. Most of the Social Links do as well. The other Persona games tend to focus more on teenage, family, and social themes with death intermingled here and there, which makes P3P feel darker than the other more modern franchise releases.

At the same time, the way Persona 3 approaches its themes is far too subtle. Instead of changing over time, most characters brood on their own for a while, have a chat with you about it, and then suddenly accept a new realization.

While this CAN happen, the frequency of this happening combined with the heaviness of such borderline faux pas topics makes each character’s revelations feel less genuine to the character and more for the player’s benefit. 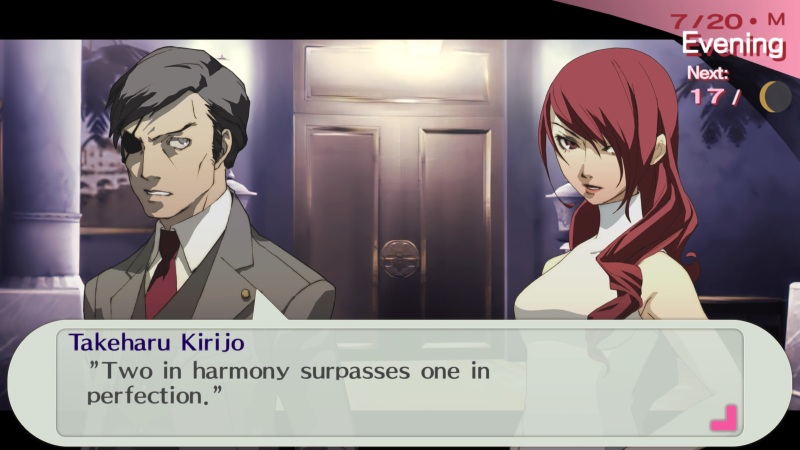 This isn’t a hindrance to the game, and it doesn’t change my respect for the topics the game discusses. Regardless, a lot of potential genuine character building is left on the table.

Considering how likable many of the characters are, that makes for a heavy blow-but not in the way you want with themes like these.

Not even a second passes from the beginning of the game and you already feel like this game belongs on a portable device. Even with the avatar art getting ever-so-slightly touched up, everything in the real world is almost slightly out of focus.

Combine that with low-resolution backgrounds, and this re-release feels simplistic. With many RPG re-releases, this is common, especially when conversation takes place in the foreground with static images of each character standing in while text flows below them.

Still, if you’re into that dated aesthetic (which I am, being a 90s brat), there’s a nostalgic appeal to it. After much of the story gets started, the oddities in these visuals start to lose their importance in the grand scheme of things. 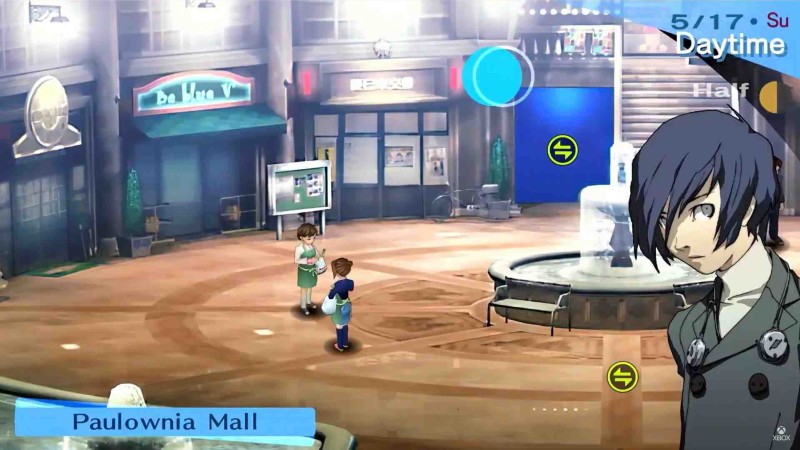 Apart from one or two voiceovers, all voice actors do a good job of delivering their characters. Thankfully the odd voiceovers don’t hold much screen time. Here’s looking at you, Shuji Ikuksuki.

P3P features its own solid soundtrack, with several hits that the game uses in repeated menus and commonly-navigated areas. While the entire soundtrack lacks the same success, the lesser impressive tracks thankfully stick to only being used occasionally.

It’s not a superb soundtrack, but it’s well-implemented within the game to play to the strengths of the track list.

Crawling In The Dungeon

In terms of gameplay, running around in dungeons, aka the Tartalus, uses the top-down angle like in Persona 4. As you progress up the tower, each level randomly generates a layout for you to explore. Apart from floors dedicated to boss fights and narrative beats, none of the levels in the Tartalus appear the same way twice. 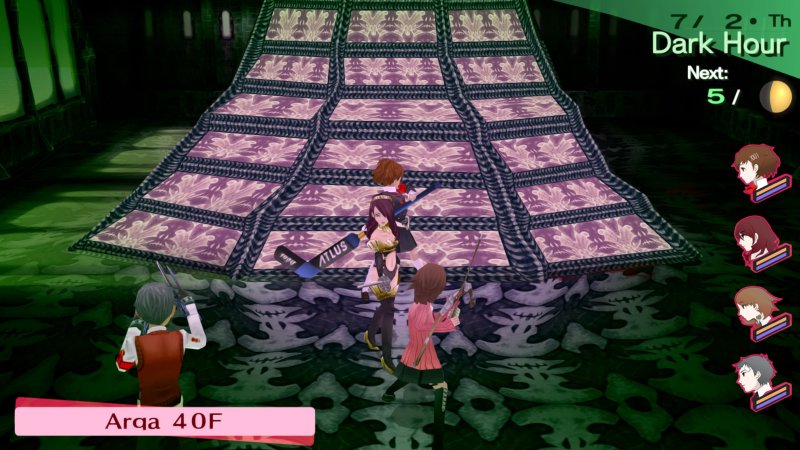 Tartarus consists of 264 levels across 6 separate blocks, and each block features its own visual style. Even though each block looks different from the next, the amount of time you spend in each block quickly makes the simplistic, unvaried visuals lose their luster.

Unlike navigating the Tartarus, P3P includes the biggest fundamental difference compared to the other modern mainline games: no running around the city. Instead, P3P has you move a cursor around still images of different locales in order to interact with the outside world.

Before this, I only had experience with Persona 4 Golden and Persona 5, and I felt this difference immediately. For the first 20 hours, I almost preferred it. 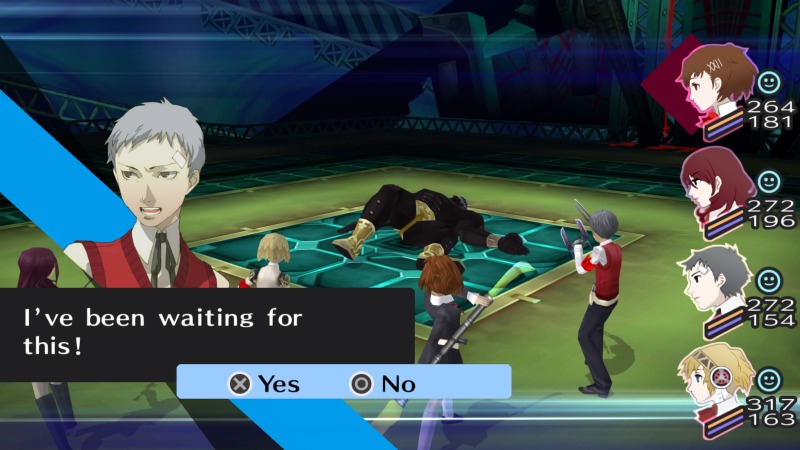 Frankly, large chunks of time go toward going to school and building Social Links. Instead of taking time to run around manually, you can just jump from zone to zone and click on things and people to interact with.

After that, though, I started to miss navigating the real world manually. Running around takes more time, yes, but it also enforces a sense of place and investment in your actions. Reducing those actions exclusively to repetitious menu clicks turns routine into thoughtless habits.

I occasionally go back and forth on this perspective depending on how I feel each play session. My Trophy-guided brain loves the menus, but my story-led mind wants a sense of attachment and purpose. Considering this is a 60-hour game minimum, that’s a lot of time to consider this conundrum. 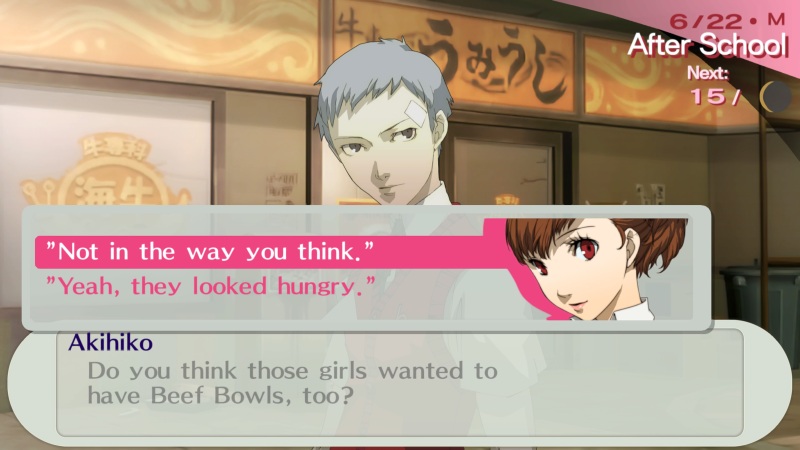 While I’m glad I finally experienced P3P, I can’t help but think I likely won’t come back to it now that I finished it.

Some may see Persona 3 Portable on modern consoles instead of Persona 3 FES as a bad choice. That’s far from the truth, but this release is not without its hindrances.

The simplified gameplay in the real world diminishes the routine native to this franchise into something more akin to disconnected busywork.

Narratively, P3P focuses on death and acceptance, something that the modern titles only bring up from time to time. While story potential is left on the table, the darker tones involved make this title worth experiencing as part of the required Persona playlist.

It may not bring you back when you’re done, but Persona 3 Portable will stick with you.

Persona 3 Portable on PS4 doesn’t do much at all to enhance what was already there to begin with, looking like a sharpened version of its former self. Regardless, there’s a strong entry here, exploring some darker concepts than the modern mainline games. It may not have the same style as the newer entries, but it sure delivers on concepts.