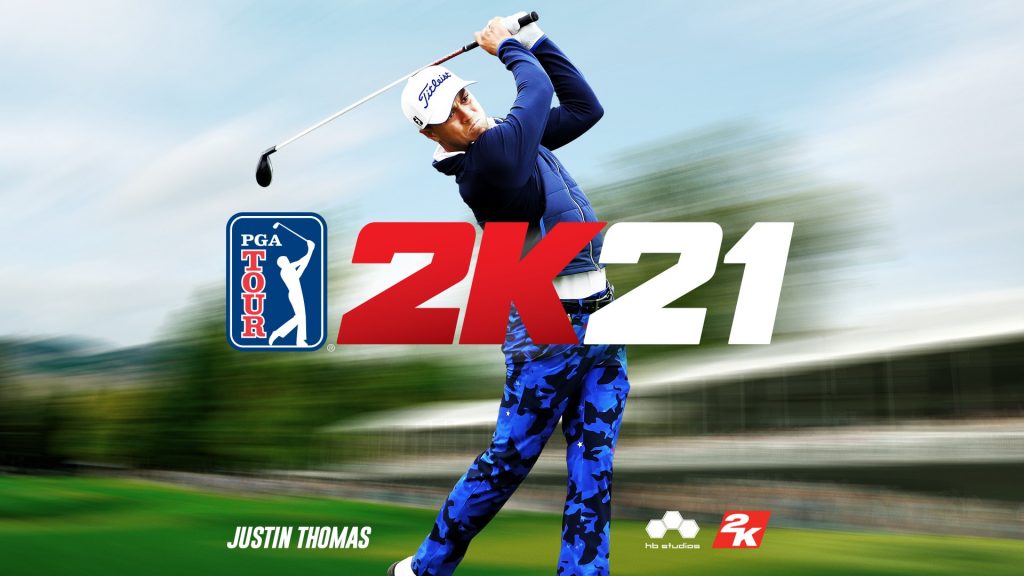 PGA Tour 2K21 PS4 Review – A good walk spoiled? Not if you are sitting in the comfort and warmth of your favourite lounge chair. I have something of a little obsession with golf games, having played them all from the likes of Everybody’s Golf VR to Tiger Woods and everything in between. However, in my humble opinion the quality over the last few years has not been great, and Everybodys Golf VR aside, we have not had a truly magnificent golf game since Woods was in his prime.

From HB Studios and 2K comes PGA Tour 2K21. HB Studios, who created the Golf Club series has created a better all-around golf experience by introducing licensed golfers, official courses and giving the player more control over the experience they want to have. My main issues with the Golf Club have been extinguished and not only that, the aspects I liked about Golf Club remain in place. As such, the entire package is far more enjoyable.

The Best Of Both Worlds

The clubs feature, which allows you to create groups with your friends and take part in scheduled events with each other, remains in place and is now called Societies. This is a solid way to get involved with other players from the get-go. The course designer also remains, which adds loads of replay value and some of the courses people have created are impressive to say the least. Some folk have even created courses based on real locations, so it’s truly an amazing feature that I’m glad has been kept in.

My main gripes with both the Golf Club games were that it was a tad too far towards the simulation end of the golf game spectrum, I like a realistic golf game but HB Studios’ previous efforts felt a bit lifeless and dull for my liking.

In PGA Tour 2K21, there are better crowds, better commentary and everything feels more fun and a lot more alive. This added to a massive plethora of options to fine-tune your experience means you can have the game as realistic or fun as you like and it is an extensive improvement.

After picking from several gameplay difficulty styles and then fine-tuning my difficulty options over a few rounds I had a game of golf that was both enjoyable and at a perfect difficulty level. The game was realistic, as in my swing needed to be good. I had to read my lie and judge things correctly but the game was still entertaining and enjoyable. There were times, where I read things incorrectly or swore as I bent my swing into some trees but it was all my own fault and when I played well, it was reflected on screen and the golf was very rewarding and addictive.

In fact, I think this is the most fun I have had playing golf, outside of VR in many years. It is rewarding, enjoyable and everything works really well. Anyone who has played a golf game before will feel right at home. PGA Tour 2K21 controls very similarly to previous games from the developer and is very similar to the old PGA Tour games. Place your marker, adjust for your lie, wind and target gradient. Then take a swing with your analog stick and as long as you keep is straight and keep a good rhythm, you should be dancing on the green. If not then make sure to learn from your mistakes, that is what golf games are all about, learning.

The on-screen indicators do a great job of helping you understand why you ended up in a bunker or the dreaded wet stuff. It tells you how straight your swing was and whether you swang too slow or too fast. It is up to you, as the player to improve your swing and become more consistent. I still make the odd bum swing now and again but overall I am much better than when I first took my initial steps out on the fairway. It’s one of the things I really like about golf games, as I get better so does my game and in turn, I get more success and win more events.

When you are in the middle of a round, there are a few things HB Studios have done to make the rounds more alive and immersive. The commentary is much improved. The commentators are voices you recognize, the silky tones of Luke Elvy and Rich Beem accompany your every triumph and disaster. They even talk to other commentators on the course and discuss your balls lie and what’s happening. It all makes each golf round feel more organic and more like the official rounds you watch on TV.

You often get replays, while you are playing from other golfers during your rounds. At first, I found them a bit jarring and out of place but over time they did add a more dynamic feeling to each tournament and let me know if someone was doing well and whether I needed to chase the next pin or not. I did get a bit sick of seeing Ian Poulter hole chip-ins from the edge of the green but that was just because he was doing so well in that event. You get assigned a rival during your career too and it was always nice seeing them struggle between your well-placed shots.

It’s Not All Good News

So, the actual golf in PGA Tour 2K21 is brilliant. Let’s get onto the stuff I am not so fond of. The XP system is just weird, as you level up you get access to more cosmetic gear and money to spend on it. It’s ok but feels a bit redundant and not very rewarding. I would have much preferred a system that let you increase your stats as you levelled up and this would have, in turn, made the career mode much more immersive. As it stands, levelling up your character does not do a lot apart from giving you access to fancier hats and different clubs. Don’t get me wrong, I love a new hat as much as the next man but would have preferred some real character progression.

I also would have liked more official courses from around the world. We have some official courses from America but a few more classics such as St Andrews or Royal Troon would have fleshed it out a bit more. We have the golf course creator which makes up for it a bit. It’s the same story with the golfers, there are only twelve official faces in the game, which is an improvement from previous Golf Club games but I would have liked more famous faces to compete against.

On the presentation front, PGA Tour 2K21 does a great job in making you feel like you are in an official PGA event. The commentary is much improved, the on-screen graphics all look nice with the right branding and it all looks official. On the course, the players, the environments and everything in between are modelled to a good standard. The whole presentation of the game, even down to the nice clean, simple menus is designed very well. The sound work is also up to a high standard with the aforementioned commentary and soothing music where required.

On a technical level, PGA Tour 2K21 runs perfectly. I had zero issues, everything ran smoothly and I was just left to enjoy my rounds of golf in peace. I had zero bugs, no framerate issues and you have to hand it to the QA teams, everything is as it should be. They get overlooked these days but I do love a well-running, well-tested game.

The actual golf is great, rewarding and very enjoyable. It feels official, full of life and what HB Studios have done with this title is superb. They have kept what made the Golf Club games great and worked on the bits that needed working on. We now have great commentary, a very malleable difficulty system and the game is much, much better for it. Add a more alive, more robust game of golf and you have a great all-round golf package that most golf fans will enjoy.

PGA Tour 2K21 is a great golf game. Yes, it has a few weird design choices, especially the XP and levelling system. This does not, however, overshadow an enjoyable golf game that you can tailor to your wishes. The game retains its great Societies feature along with a robust course designer and has a plethora of game modes and multiplayer options. If you are in the market for a golf game then PGA Tour 2K21 is a sure drive up the fairway and definitely worth your time and money.