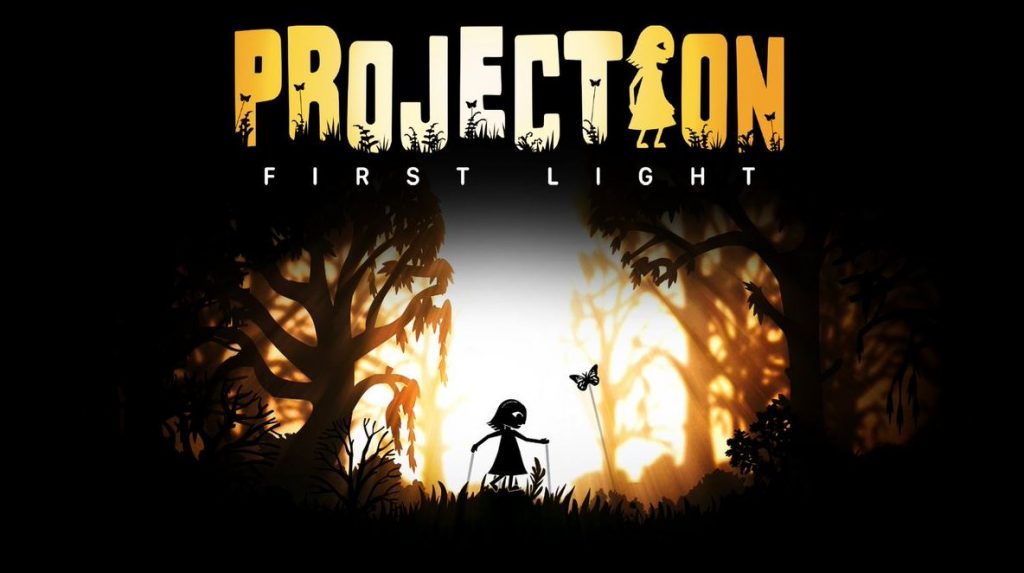 In collaboration with another indie studio, SweatyChair, the Sydney-based team were able to develop their game into a full 2D platforming experience. Projection: First Light takes us on a sentimental journey inspired by traditional Indonesian Shadow play. Furthermore, the shadow-casting mechanic gives us a fresh experience in a well-seasoned genre.

The most striking feature of the game is in the cultural homage to shadow puppetry. Clearly the artists were driven towards detailing the art style as authentically as possible. The character models look indistinguishable from their respective source of inspiration.

In fact, the Sydney team succeeded in hitting the mark in representing all four of the featured puppet styles from different nations. The aesthetics are truly a thing of beauty and feel particularly authentic in motion. Even parts of the backdrop appear and disappear as if handled manually by a puppeteer.

The platformer/puzzler hybrid vicariously immerses you in a silent protagonist, Greta. Furthermore, all the communication in the game happens via gestures and visual cues. This works as well for the experience as it does in adding authenticity to the game. Greta is very much the Alice in Wonderland, and feels very investable from the beginning.

Despite not having any dialogue, all the supporting cast you meet on the journey feels meaningful. On a personal note, I highly enjoyed the interactions with who I recognised to be Sun Wukong from the novel Journey to the West. Additionally, Sun Wukong is depicted as the protagonist in the upcoming game Black Myth: Wu Kong.

An insight a player might have playing this game is just how remarkably calming it is. This is significantly attributable to an excellent use of sound, namely the ambient score of music and the sound effect of your light source. The overall artistry displayed in the game is very impressive.

The only criticism I had on this matter is that the monotonous palette can sometimes grow tiresome. The constant sepia background on the long stretching Indonesian section (more on this later) weathered my patience somewhat . I was happy for more variety in later parts of the game.

The innovative use of casting shadows is an intriguing mechanic. On one hand, using a light source to create manoeuvrable platforms to carry, push and cushion the player and objects is a welcomed novelty. On the other hand, using R3 to move the light can be an insufferable frustration at times. It occurred to me that the game would work better with a mouse and keyboard. Furthermore, the player can come stuck in an array of shadows where the surface environment is complex.

In spite of a few instances where the mechanic can test ones patience, it is mostly enjoyable. However, admittedly it could have been the tranquil-induced state the zen-like ambience of the game offers that kept me from rage quitting at times. The puzzle elements in the game were particularly enjoyable, especially in conjunction with an agreeable bout of shadow casting.

The game runs very smoothly with the exception of a few minor bugs that I would expect to be fixed via patch, and there were a couple of times where the screen failed to follow the player into a new area.

The story of Projection: First Light, as told silently, particularly shines. The young protagonist finds herself transported through history via a magical Shadow Theatre. Greta, who begins the game as a chaotic runaway, climbs her way through challenging circumstances of different eras trying to make her way back home.

Despite the lack of any narration or speech, the game somehow delivers on evoking a strong sense of Greta’s developing character.

The difficulty of the game escalates nicely with incrementally more complex puzzles. In addition, Projection: First Light features a couple of nice boss fights to break up sections. However, I would have liked to have had something to break up the first section in Indonesia.

This part of the game is very much still with the training wheels still on, and consequently it doesn’t feature some of the more interesting complexity of later sections. In short, it should have been trimmed somewhat, and it’s a shame as in its current state some players may loose interest early.

In summary, the shadow mechanic is a fresh an innovative feature that just needed a bit more technical adjustment for console gameplay to be considered a great loop. Also, I feel that either some editing or including more variety to break up early parts of the game would have gone a long way.

Only being lacking in some technical adjustment and editing stops this title from being truly great. Nevertheless, Projection: First Light immerses you in a forgotten culture for a visual and narrative treat that will no doubt prove to be a memorable experience.