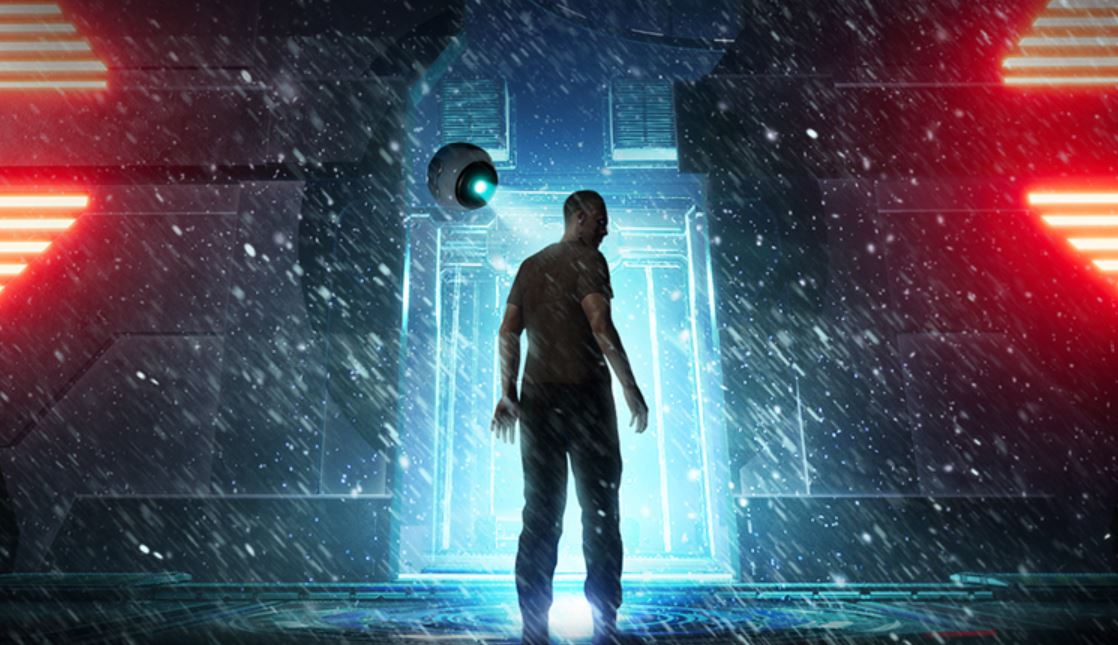 Protocol PS4 Review – There is something to be said about being ambitious, especially when it pertains to creative endeavours such as game development. Without ambition, one can easily stagnate or rehash overly saturated formulas with no significant distinctive features. But being too ambitious may lead to an unfocused product with few redeeming qualities. Unfortunately, the latter case is the most accurate way to describe Protocol.

In Protocol, we step into the shoes of a recently divorced man who signed up for an important mission in an isolated secret facility. Our mission is to make the first contact with an alien species that has come to Earth. To do so, we must follow the “protocol” dictated by an accompanying AI. However, this AI seems to be designed to mess with our character and, by extension, the player.

Any slight misstep or unprompted action that deviates from the protocol will lead to the AI pulling the plug on the mission and blowing up the secret facility after wishing us a nice day. This is very clearly established early on, even before we reach our new workplace when the AI all but dares us to throw snowballs at its drone – which I naturally did and paid the price for. 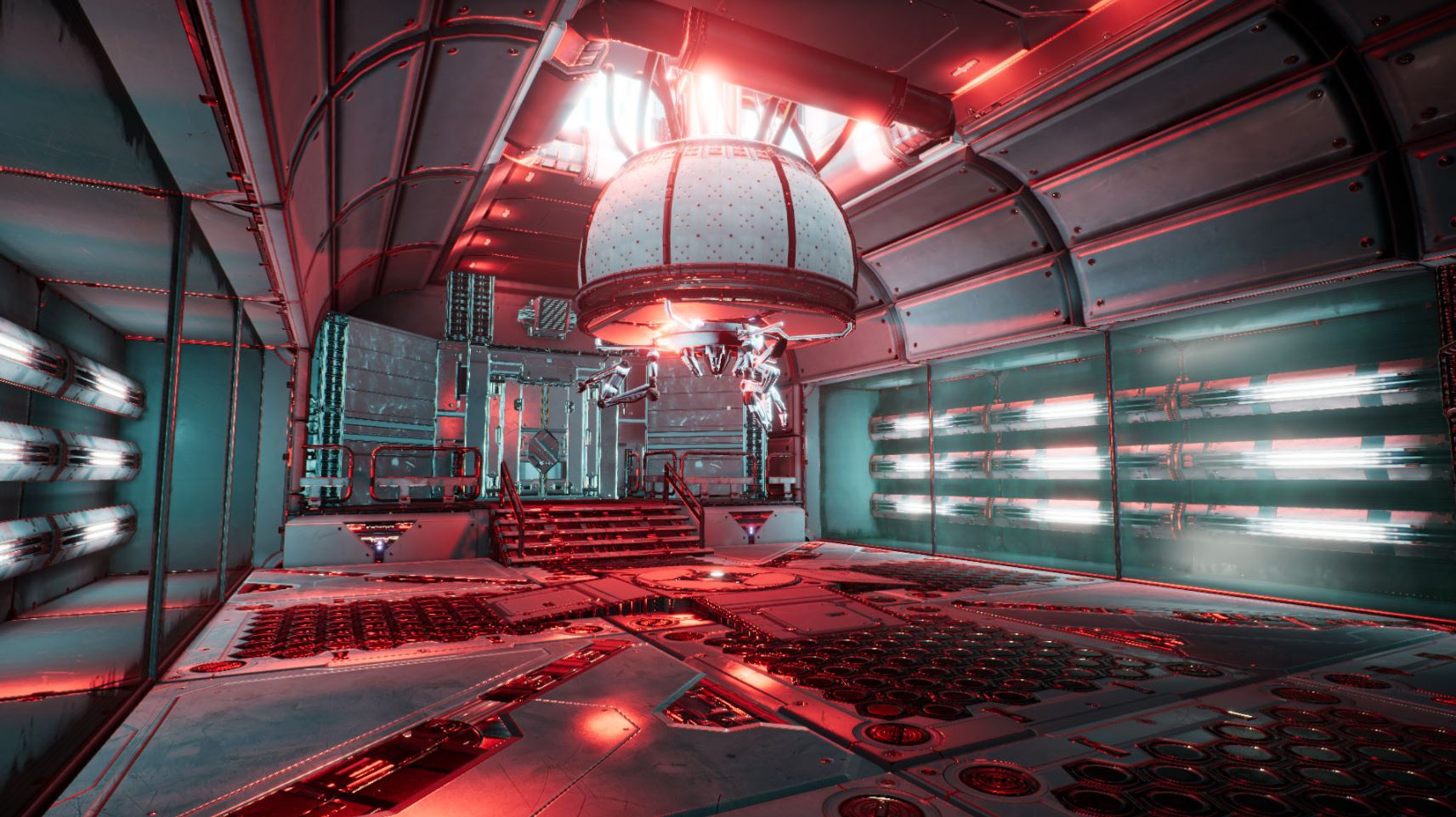 Throughout the game, we have many chances to defy the protocol. In fact, we’re incentivised to do so, as the game records every protocol breach and lets us know how many ways of defiance we missed in each chapter. “Oh, that sounds like a fun romp”, some of you might be thinking. And initially, I thought that as well.

But as I delved more and more into the gameplay, I quickly realise how wrong that first impression was. The protocol we must oblige to is quickly proven to be nothing but a bunch of menial tasks and glorified fetch quests.

Go to A to retrieve an item, go to B to use it, go back to A to put the said item back where it was; then, go to C for another item, go back to B to use it, and so on. Oh, trying to go where we’re not supposed to, just to explore a bit? Have a nice day and boom. Dropped the required item? Have a nice, and boom. Chose the wrong option or action? Have a nice day, boom. You get it by now. This soon becomes an annoying loop of receiving an order, slightly mishandling it, and being blown up, only to endure the same cutscene or lines of dialogue before starting all over again.

Credit where credit is due, this premise is an appealing one and could have resulted in an interesting and fun experience, despite all the backtracking and repetitiveness of the tasks at hand. Unfortunately, almost everything in Protocol’s execution has gone wrong. 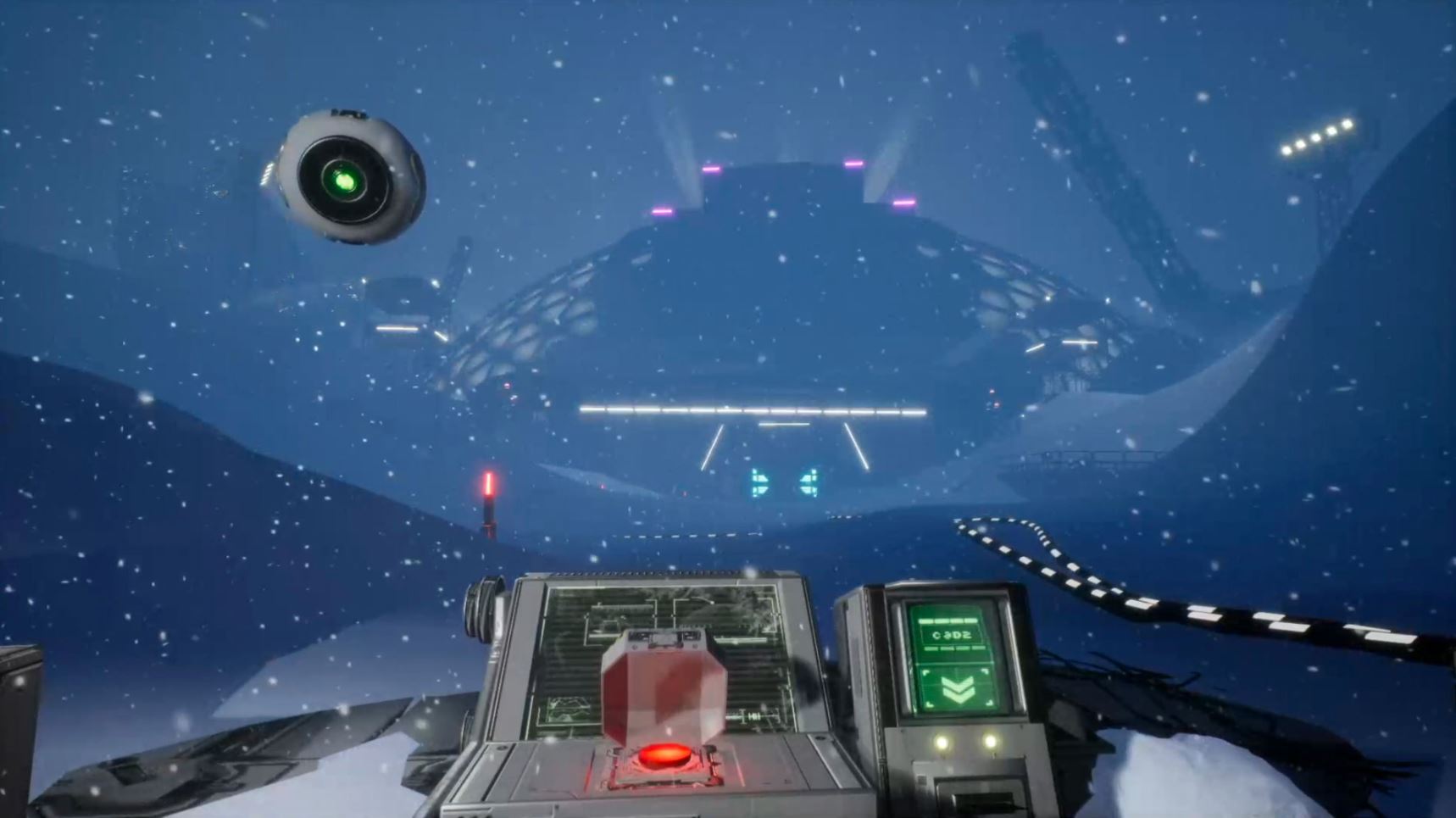 What On Earth Is All Of This?

To start off with, Protocol consistently hops from one gameplay genre to another – from puzzle-solving to shooting, to stealth-based corridor crawling and back to shooting again. This seems to be an attempt at artificially masking the boredom of our tasks by making us engage in a variety of barely functioning gameplay styles, with the first-person perspective being the only constant. By attempting to be a jack of all trades, Protocol becomes an experience mediocre at best – and utterly frustrating at worst.

More often than not, handling items is downright infuriating due to poorly implemented collision detection and interaction distance systems. Puzzles can become unsolvable due to items getting stuck in walls or constantly jittering on the ground when dropped. The FPS sections can become frustrating due to an abundance of one-hit kill attacks that can easily blindsight you.

The stealth sections present an inconsistent detection range, which quickly drained my patience and the terrible cherry on top of this all is the fact that the game does a subpar job of telling us where the next objective is. All of this lead to a lot of time-wasting or after going the wrong way and showcases a lack of respect for players’ time. 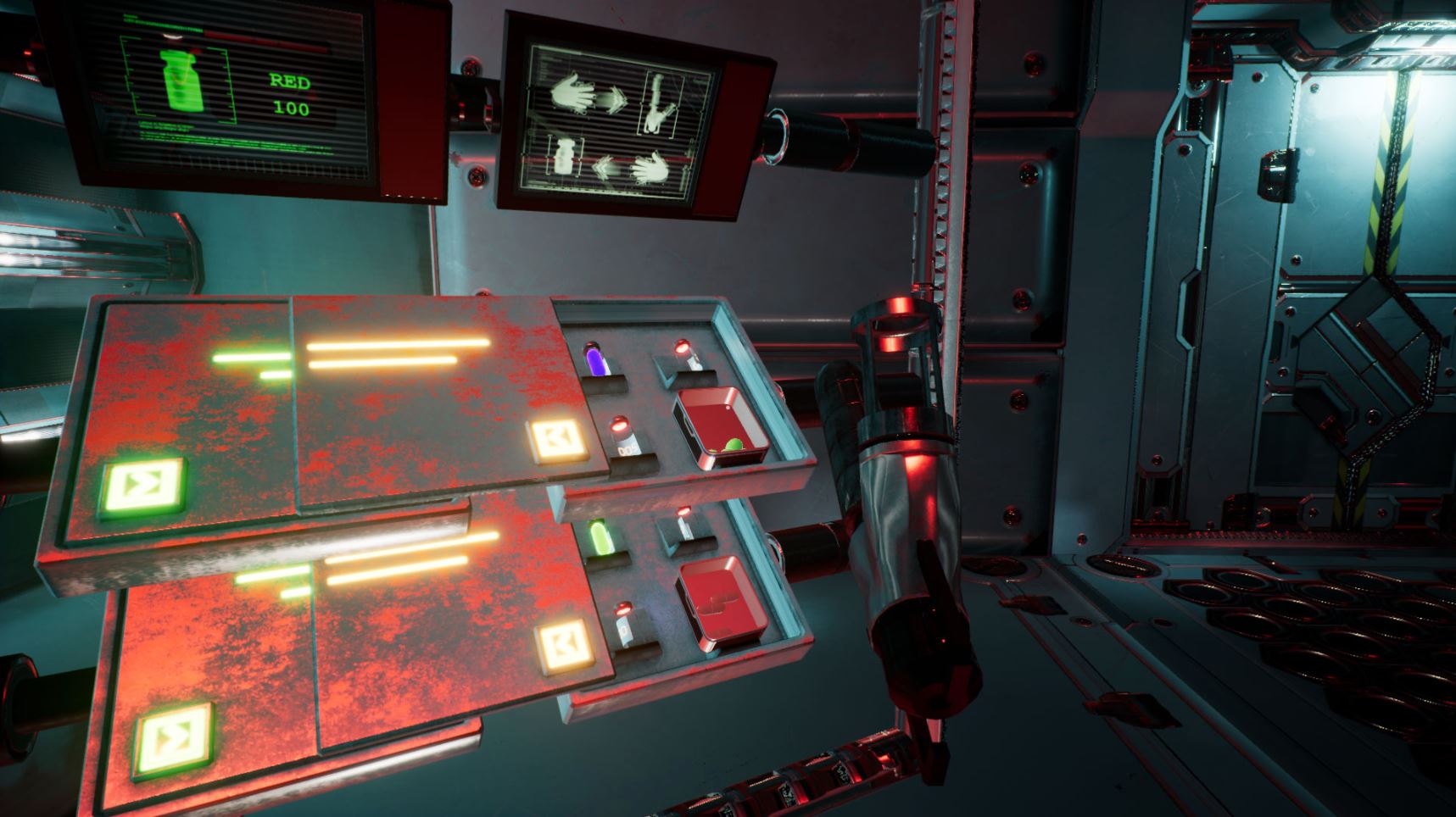 Protocol also includes sections that, if well-executed, could’ve been taken as homages to some classic and well-regarded titles of gaming’s past. In these, we are required to use awkward controls to play dumbed-down versions of Asteroids, Brick Breaker or Space Invaders, taking away all the fun that could be had with these minigames.

The only saving grace is the section where we are put in a Doom-inspired pixelated area to explore, shoot enemies, and face a couple of challenging bosses. It’s the only truly fun part of the game, and the only time where I didn’t feel the urge to close the game and go do literally anything else.

After deep-diving into the history of Protocol, it turns out it was designed as a VR experience for PC, before it made the jump to PS4. Those minigame instances, as well as the fact that we are constantly having to look down to pick up and wield our ID card, the most required item throughout the game, are clear evidence of that. It’s possible that playing Protocol in VR renders the control scheme (which can’t be changed or tweaked, by the way) less egregious, but its translation to playing with a controller is simply appalling. 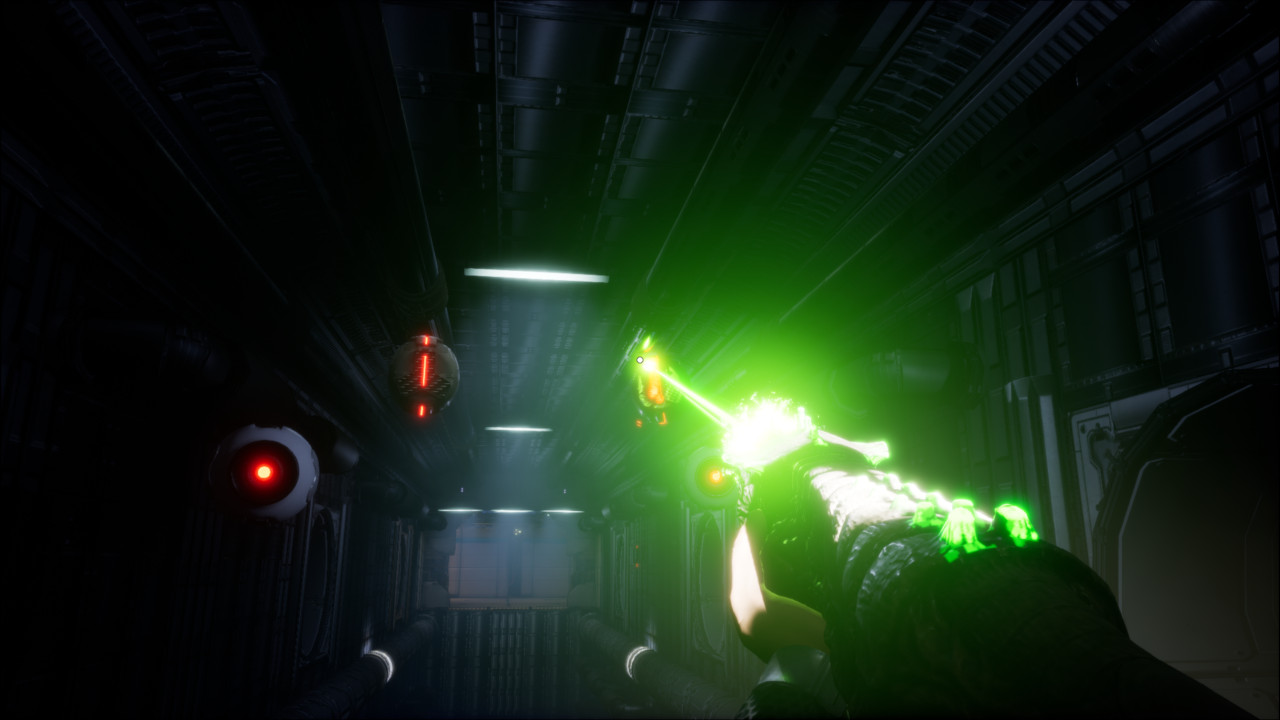 But where the game fails to live up to its potential the most is in its humour. The chance to engage players with quirky and humorous situations – like the snowball incident described earlier – is completely wasted. Besides never again being presented with a fun opportunity to oppose the AI, the writing in this game is frankly terrible.

The back and forth bickering between our protagonist and the AI is borderline cringy and immature most of the times, occasionally delving into misogynistic remarks. We have to give a word of appreciation to the voice cast that actually did a pretty decent job, given the terrible script they had to work with. But even with that, it doesn’t help save Protocol.

Light At The End Of The Tunnel

Despite the poor (at best) sense of humour and the terrible script where dialogue is concerned, there is a somewhat interesting narrative buried deep within Protocol. The plot eventually develops to a point where the intentions of the alien entity and the purpose of all the menial tasks we’ve been doing become clear. After this, you have the possibility to see multiple endings, depending on some choices of action or inaction and moral decisions put before you. Not all these endings are satisfying, but some of them neatly close out the narrative.

One of these endings is so bad that it leads to an abrupt stop in the game and doesn’t offer any details on the plot or secrets Protocol has to spill. It is the most unsatisfying and underwhelming end, but maybe also the most appropriate given the mess the overall of the experience is. 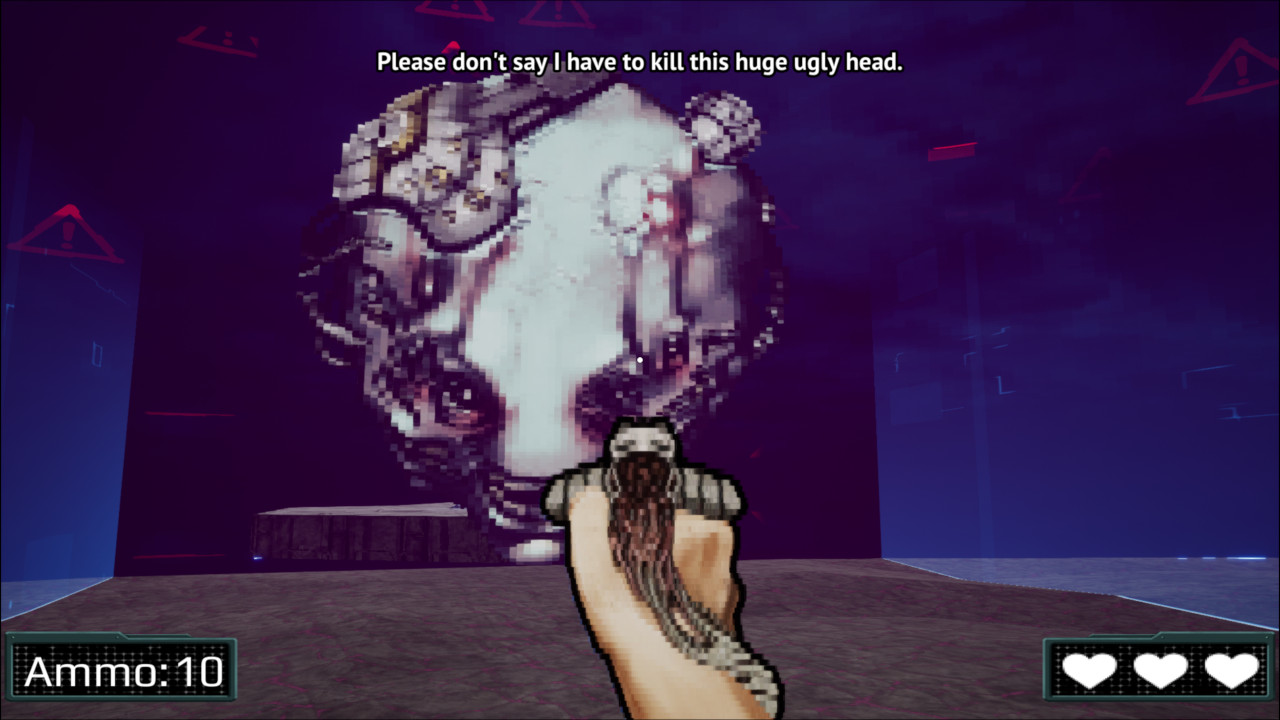 Even if the awful controls and painstaking physics and detection systems don’t turn off most players, the myriad of other problems just might do the trick. From subtitles that barely match the dialogue to necessary items falling onto the floor or getting stuck in walls, to a near game-breaking bug that almost stopped me from obtaining the best ending, Protocol is a technical mess from start to finish. The game regularly stutters, dipping below 30 frames per second a lot, freezing and crashing more than a handful of times.

Visually, the game is inexplicably outdated, and would probably be frowned upon if this were an early PS3 title, let alone a game coming out in the transition period between PS4 and PS5. Textures lack detail, character models are some of the most basic I have seen in years, and the lighting is all over the place, resulting in some instances where I had to look for a very small and specific item in a pitch-black room. Wall textures would also stutter a lot and background textures wouldn’t always load correctly.

A Poor Title That Tries Far Too Much

It is a shame Protocol ended up as it is. There was genuine potential here to deliver something appealing and unique, but I just felt like the developers didn’t have the required confidence in either themselves or their potential audience to pull it off. With more time in the oven and if focused on a single set of fleshed out mechanics, Protocol could’ve been something fun. But in trying to offer quantity over quality, I cannot even fathom this game being barely recommendable.

Indie games are where we can find some of the most intriguing ideas and distinguished experiences. But Protocol is certainly not one of them.

Protocol is available now on PS4 and is playable on PS5 via backwards compatibility.

Protocol is an unfocused, directionless mess of a game that tries to give too much without grasping the basics. The gameplay is frustrating, the dialogue is terrible, and the number of technical problems renders it almost unbearable to play. There are a few positives here, but they are so few and far between that they don’t even come close to being worth going through this experience. Stay away from Protocol, and you will indeed have a nice day.