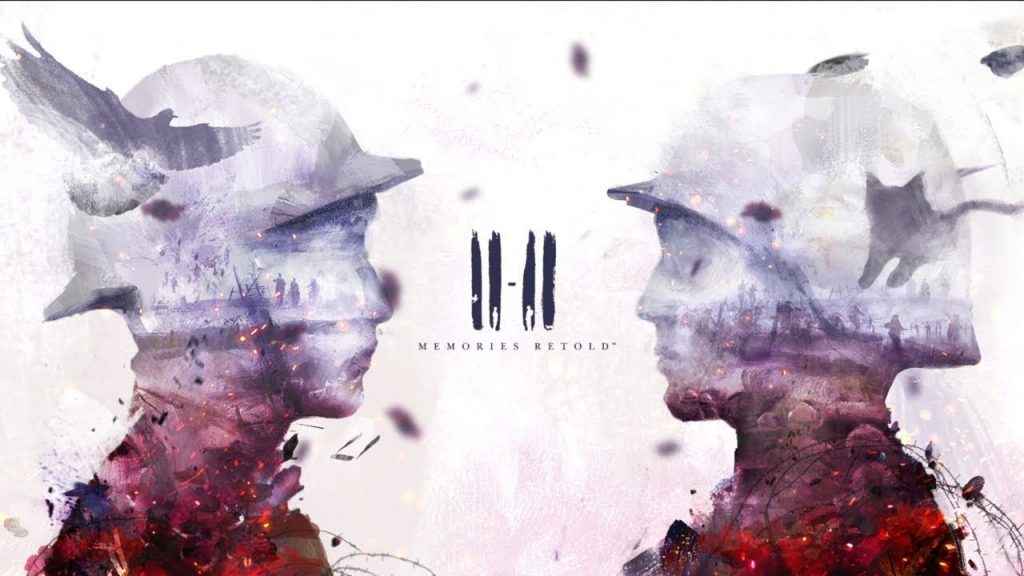 Playing 11-11: Memories Retold is akin to staring into an oil painting of The Great War – one where a flood of contours and colors are ever changing, and that, before you know it, some force pulls you into its patchwork world – not roughly, but gently and with all the delicacy of an elder parent explaining one of humanity’s most significant events to a grandchild.

A combat-free meditation on the trials, tribulations and strife of war, what 11-11: Memories Retold might lack in typical challenge it more than makes up for in impactful and keenly felt storytelling. Battlefield 1 this isn’t – and to be frank, that’s just what we need right now.

11-11: Memories Retold is a stirring and poignant take on The Great War

Rather than from the end of a barrel or at the point of a blade, Memories Retold imparts its meditation on The Great War through a much more pacifistic oculus. Produced and directed by Yoan Fanise – an auteur who has significant passion for this particular conflict (Fanise previously worked on Valiant Hearts for Ubisoft – a similarly restrained effort which took place during the same era), Memories Retold is a third-person narrative adventure that has players taking control of two different individuals caught on opposite sides of the war.

On the one side, actor Eiljah Wood provides meek Canadian war photographer Harry with a pitch-perfect mixture of earnestness and determination, making him extremely easy to root for early on in the game. On the other, veteran thespian Sebastian Koch brings a solemn gravitas to the much older German zeppelin engineer Kurt, whose son Max has gone missing at war and who decides he must enlist to reach the front in order to discover his fate.

As Harry, players can use his portable camera to take pictures whenever you like – indeed, Memories Retold painterly visual style is such that any given moment can end up being a worthwhile capture so expect to be taking plenty of snaps. Harry’s interest in photography bleeds into the game structure proper, too as in order to progress, he must take photographs of specific objectives and targets.

However, the game helpfully reminds players that during the early part of the 20th century, film was considered a luxury and so this enforces a restriction of 16 pictures a day outside of primary objective photos. All the same, the opulence of the game world is such that every new area you walk into holds a special kind of fascination – and so you can expect to use up that allowance pretty quickly.

Serving as more than just mere window dressing, these photos also affect the overall narrative too, because whenever Harry encounters a mailman he can specify the photos he wants to send home to his sweetheart to convey his thoughts on the war.

You see, if Harry sends home pictures of military apparatus, human tragedy and other such scenes, the response from home is one of concern – specifically that Harry is starting to lose his humanity and is becoming swallowed by the conflict. If on the other hand, Harry elects to send back photos of fields that spread to the horizon, or, pictures of soldiers having fun playing football, the response will be one of fascination and hope that Harry has still managed to find and capture pockets of humanity in a time of war.

Rather than just copycatting this mechanic for the other character in the story, Kurt, the developer has instead given the German protagonist his own and more suitable way of using the war around him to influence the manner in which the story plays out.

As he presses on in his quest to find his wayward son Max, a sprawling odyssey which draws him ever deeper into the heart of the conflict, Kurt encounters many of his own countrymen who are struggling to survive and in doing so he strikes up conversations with them, and in some cases forges brotherly bonds that gives the German engineer an unexpected sense of belonging.

It’s these conversations and relationships that affect the manner in which Kurt writes back to his family, because the more folks he interacts with, the more keywords will be available to him when he writes – something that can in turn then be used to affect the manner in which Kurt portrays his experiences to his loved ones. Speaking of conversations, another interesting idea that the game toys with is the idea of language barriers.

Whenever a character says something to another in a language that it is not understood by the recipient, the subtitles turn red to indicate this fact – serving as a reminder of the same language trials and tribulations real soldiers went through during The Great War when battle lines became blurred. The result of these sorts of breaks in the linearity of the story is that Memories Retold has far more replay value than initial appearances might suggest – a fact that is borne out yet further by a range of key points in the game where the player can make a major decision that ushers the narrative down an entirely different route.

Speaking of replay value, though points of interaction in the environment are few, and by and large Memories is a rather straightforward and challenge-free experience, wanderings off the beaten path are rewarded with special collectibles that expand the whole affair further still.

Much like the superb Valiant Hearts, collectibles in Memories are effectively incentivised by the fact that they provide a window into history, laying bare historical records of the time and educating the player on the numerous economic, social and military facets of The Great War. More than just existing in the world as collectibles, some of these objects can only be obtained through completing special tasks – such as taking specific photos, taking part in a game of cards and so on.

By encouraging such ancillary activities this way, Memories makes you want to try and do everything, and so provides ample distraction from the inexorable march of its narrative. Unfortunately, with Memories utterly unique, though sometimes chaotic visual aesthetic it can be rather easy for these collectibles to get lost in the swirling vortex of coloured brushstrokes, making discovery of them a little more difficult than it should be.

11-11: Memories Retold looks like no other game on the market

When it comes to the audiovisual side of things, whereas Yoan Fanise’s previous foray into The Great War for Ubisoft, Valiant Hearts, was a much more like a fantastical French cartoon, Memories Retold is by contrast a much more realistic, somber and painterly affair.

Simply put, 11-11: Memories Retold looks like nothing else on the market right now – a splotchy oil painting brought to miraculous life with a cascade of coalescing colours, undefined edges and moisture blotted detail, it’s clear that the substantial creative talents of British filmmaking studio Aardman (Wallace and Gromit, Arthur Christmas and many more) have been put to serious and effective work here.

Granted, though the visual style lacks the pin-point precision detail that other visual veneers might inflect, the whole muddied oil-painting look does much to reinforce the notion that playing Memories Retold is akin to peering back into a point in time through a dirtied and unclean lens – which is just how it should be really.

Beyond the treat to the eyes that Memories Retold provides, the whole affair is underpinned by an absolutely rousing orchestral musical score, and it’s one that sits up there with some of the best soundtracks on PlayStation.

Created at the legendary Abbey Road Studios by composer Olivier Deriviere, both the London Philharmonia Orchestra and the Pinewood Singers contribute to provide Memories Retold with a riveting soundtrack that frequently oscillates between the somber and the thunderously triumphant with ease. In short, this is one soundtrack that you’ll want to use to show off your fancy sound system.

Ultimately, 11:11: Memories Retold is not a difficult game by any stretch of the imagination. Though, there are some light puzzle and fetch elements that are made a little more complex by tandem conundrums that require the player to switch between Harry and Kurt, the fact remains that the Memories Retold is an affair that holds its riches in its story, rather than in its gameplay.

As the dual narratives of its seemingly opposed leads come into focus and begin to intertwine, it soon becomes clear that tragedy is keenly felt that much more because Memories Retold is not a traditional shooter or action game. As a result, because the deaths are much rarer and the characters are that much more deeply written, acts of violence hit home with rude accuracy much more effectively than they otherwise would.

A heart-rending parable of tragedy, loss, coming of age and unexpected lifelong bonds made between unexpected individuals in the midst of humanity’s darkest hour, 11:11 Memories Retold is a thunderously resonant experience that lingers long in the memory after the end credits have completed their ascent.

11:11 Memories Retold is developed by Aardman/DigixArt and released by Bandai Namco Entertainment. It will be available to buy on November 6 for PS4, PC and Xbox One.

Though it might lack typical challenge, 11-11: Memories Retold is a journey that is absolutely worth taking. An affecting and tragic look at war from the perspectives of two soldiers who seem least keen to wage it, this is pretty much essential for anybody with a heart.