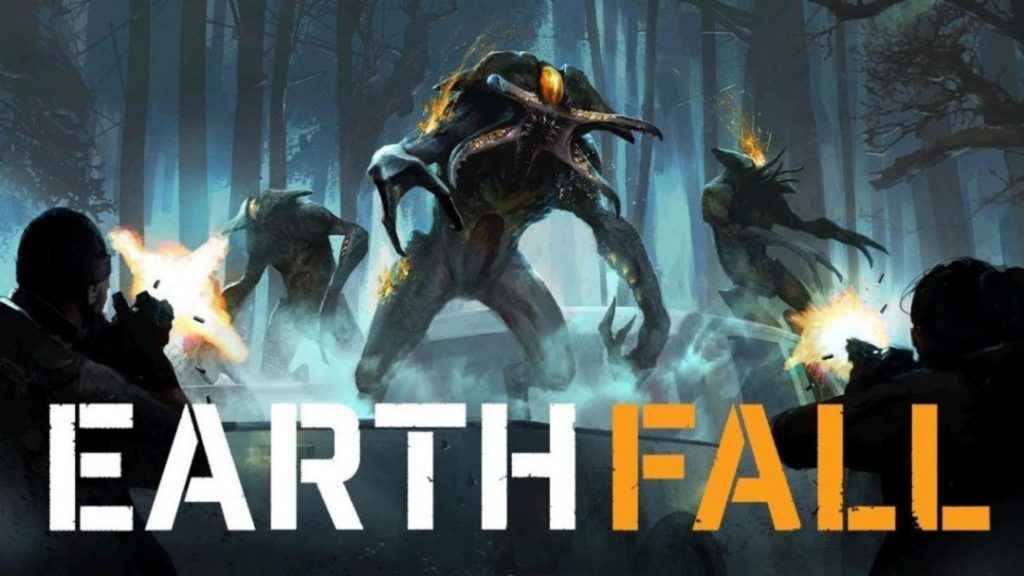 I’ve been itching to play a co-op survival shooter for years. Sure there were titles like Payday, but they just didn’t satisfy my urge which I left behind with Left 4 Dead 2. When I found out about Earthfall it instantly peaked my interest and now that I’ve gotten a chance to play it I see that I’ll have to wait even longer to quench this urge.

Earthfall Is A Cheap Imitation Of A Classic

There really isn’t a story to be told in Earthfall. Aliens have invaded the planet and our four survivors set out on random tasks that aren’t really explained. There is lore to discover when you interact with objects, but that’s as far as a cohesive story I got or understood.

To say that Earthfall got its inspiration from Left 4 Dead may get people on board with the title, but the truth of the matter is Earthfall is a badly designed re-skin of the popular franchise. Not only does it play similar but the enemies are exactly the same.

The Whiplash will run up and grab you dragging you away just like the Smokers in L4D and a giant tank like monster will show up just as well. It’s a cheap imitation and it’s as if the developers didn’t even try to hide that fact.

Earthfall needs to be played with friends only because your A.I. team is absolutely dreadful. They take all the weapons that they find and pick up all the health as soon as they see it if they don’t already have some. So many times I would be out of ammo just to have the A.I hoard all the weapons as they appear.

Earthfall: Everything Is Out To Get Us, Even Our Friends

For some reason when playing online with friends and A.I., the A.I. is rubber-banded to the person hosting the game. They follow them around everywhere. While playing with fellow staff members one of the A.I. just stood next to him not allowing him to place down a gun turret and he wouldn’t move until the player moved and the A.I. followed.

Going through the ten levels one thing was always clear. We never knew what we were going to encounter. Though it was nice that the type of enemy we would face would be different when we replayed the levels, we quickly realized that it wasn’t as fun as we thought.

One of the biggest problems with Earthfall are the hoards we faced. Sometimes we would encounter a hoard with the giant tank monster and right after we finished that hoard another one would pop up right away with the same tank monster. We would run out of ammo and health before we could even get close to winning the second fight.

This happened often where we were pushed into a corner with only our pistols or melee weapons to defend ourselves. It wasn’t fun and we forced us to restart countless times.

Earthfall: Can You Hear Me Now?

It’s not all about the shooting aliens from point A to point B. Some missions tried to do some interesting things like fixing up a van where we have to push the van into a garage to set up new tires, and charge the battery all while trying to fend off an unlimited hoard of enemies.

It’s a nice addition but boy was it infuriating just because of the randomness of the hoards one time it would be easy, and another time we would all die before we even got the van into the garage.

The shooting itself is good enough. I never had any trouble with most of the combat I encountered. Some control decisions are awful though. Having to hold down the L3 button to sprint is a terrible configuration decision. Other frustrating sequences came from climbing ladders which some of us had trouble doing because the game forces you to look up when approaching a ladder to climb it.

Some of the more entertaining moments came from when we had to set up defenses to prepare for an impending hoard. Barricade fences can be placed down to keep aliens from getting though until they destroy them and setting up gun turrets. We had a blast in these moments and working together we came up with some great defensive strategies.

Sound design is also very poor. Gun sounds are sometimes missing, character voices can get annoying as they constantly say the same thing over and over. The music though is by far the biggest culprit. I can’t describe how bad the music is. It’s as if a college student in the seventies just got his brand new awesome keyboard and made noises that they mixed together.

There is also no sound cue when some of the special aliens attack. The Whiplash just grabs you without an indication that it’s there unless someone on your team spots it before it attacks. This goes for every special alien except the hulking tank monster which has its own musical score behind it.

Earthfall feels like a cheap imitation of a great game. It’s not that I want to dislike Earthfall, it just gives me plenty of reasons to dislike it. Bad A.I. random enemy hoards, horrible sound design, and worst of all the general lack of enjoyment Earthfall presents.

Earthfall is available now on PlayStation 4, Xbox One, and PC

Earthfall is a hard pill to swallow. Almost everything it does will lead to frustration. Your money is better off spent elsewhere unless of course you constantly love to scream in your friend's ears.