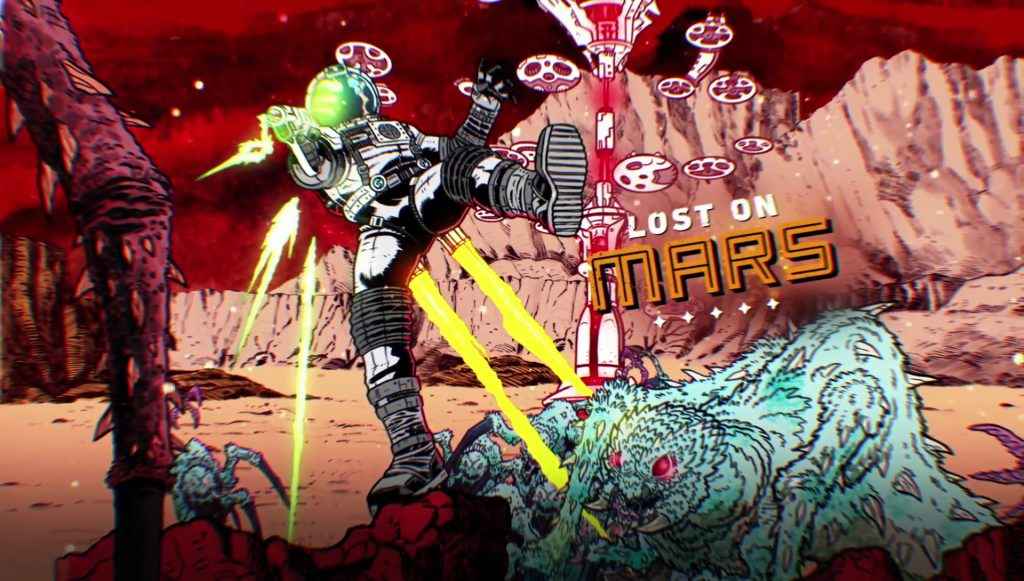 Look, it’s fair to say that when we reviewed the first of the Far Cry 5 single-player expansions last month, the Vietnam-set Hours of Darkness, we weren’t exactly bowled over by what we found. So it is then that I went into the second expansion, Lost On Mars, with decidedly lower expectations to say the least.

The result however, was I ended up being somewhat pleasantly surprised by the fact that while Lost On Mars offers little truly new over and beyond the base Far Cry formula, it nonetheless succeeds on some level thanks to oodles of goofy charm and oddly endearing humor.

Set on Mars, (no kiddin’) after a mysterious alien space craft lifts Nick Rye, our redneck protagonist, and his trusty potato truck from the road players must interact with the floating head of Far Cry’s longtime gun-toting Texan jester Hurk, who in addition to offering to help you return to Earth wants you to help him be restored to his previously, fully intact self.

So yeah, the whole set up for this expansion is absolutely nuts, possesses none of the semi-serious beats of the base game and has more Star Wars prequel and Far Cry 5 meta gags than you can shake a hairy stick at. In fact, over the course of its nearly 6-8 hour duration, so thick and fast come the jokes and quips that this sheer barrage of humor actually serves to paper over the rather uninspiring and rote gameplay that lurks underneath.

When you get stuck into the game proper, Lost on Mars has you scooping up body parts, unlocking towers (the towers on Mars need to be powered by crystal cores to work, rather than just flicking a switch as in other Far Cry efforts), blasting aliens and using accrued materials to construct a range of weapons.The real problem however, is that Lost on Mars just isn’t much fun.

Like Hours of Darkness before it, Lost On Mars plays out the Far Cry concept on a far more reduced and conceptually reduced scale. So, while you’ll be doing a whole bunch of familiar busywork such as collecting items, activating towers and unlocking outposts, the Martian environment also robs Lost On Mars of much of the emergent shenanigans that make the mainline series so compelling in the first place.

Despite an onslaught of comical commentary from Hurk, kitsch laser guns, funky jet-packs and boatloads of Starship Troopers inspired aliens to blow apart, Lost on Mars simply sticks far too close to the Far Cry template, yet simultaneously it also fails to expand upon many of the elements of Far Cry 5’s open world that make traipsing around Hope County so enjoyable in the first place.

That said, if you can adjust your expectations accordingly do so, because while it lasts Lost on Mars is relentlessly amusing; just don’t expect it to do or be much more than that.

Far Cry 5 – Lost On Mars is available right now from Ubisoft on PS4, Xbox One and PC, and can be bought separately or obtained through the Far Cry 5 season pass.

Though still far from essential, Lost on Mars has enough humor and charm that it can paper over some of the cracks of its ho-hum Far Cry-lite experience. Fans of Far Cry 5 who still can't get enough of Ubi's mammoth open-world shooter will invariably find much to enjoy here, but others looking a fresh approach will be disappointed.