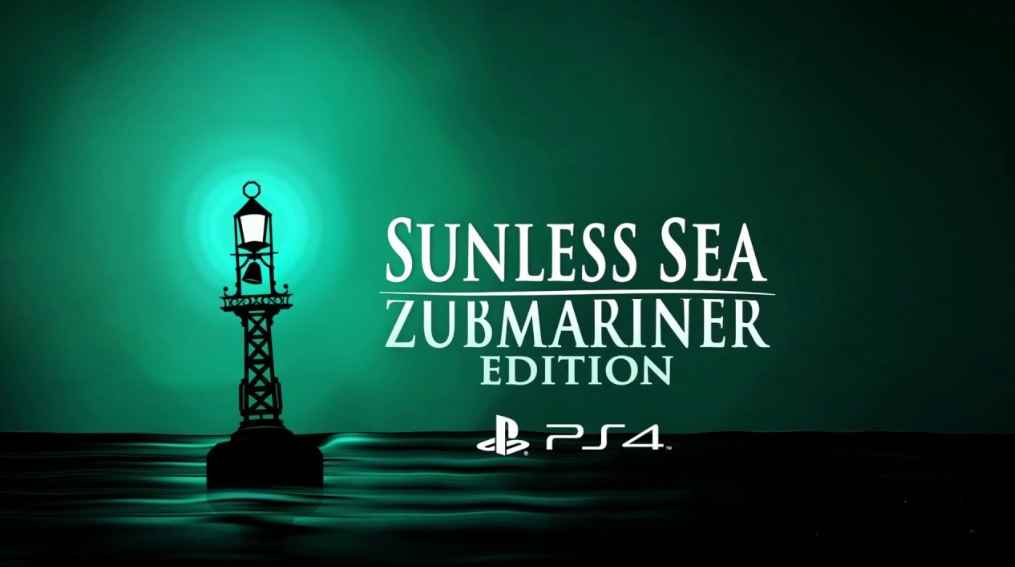 Failure in Sunless Sea: Zubmariner Edition can come in many ways – almost too many. As a captain of a ship that must brave some literally hellish waters, you can find yourself stranded with no fuel, starving to death, killed by unspeakable horrors, blown up by pirate ships or smashed to pieces by whirlpools to name just a few of the ways you and your crew can be shuffled off of your mortal coils.

Sunless Sea Is One Of The Most Brutal Roguelikes On PS4

Sunless Sea makes a compelling case for itself as one of the most brutal and challenging roguelikes you can get on PS4 right now, and it’s abrasiveness is something that bleeds through into its opening hours. With an array of quasi-abstract terminology and odd nomenclature, Sunless Sea can easily bamboozle the player in the early going with names and terms that don’t mean a whole lot.

Though perhaps worse still is the fact that Sunless Sea seems a little reluctant to tutor players in some of its finer machinations. Whether by accident or deliberate (the latter seems more likely given the unforgiving nature of the game), Sunless Sea’s tutorials don’t do a great job at all of acclimating fresh faces to the numerous complexities of its dark domain.

At the beginning of every game, Sunless Sea has players choose a background, history and legacy for their sea captain with each providing a different set of bonuses, such as increased starting money, better stats or some other unique buff. With a character decided upon and created, you then set out from the starting area of Fallen London in search of fame, fortune and whilst also trying to not die in some sort of horrific way.

Predominantly played from a top-down perspective, Sunless Sea has you guiding your ship around a procedurally generated world and whether you’re ferrying folk from one place to another or simply discovering new lands or settlements there is always something fresh to get stuck into. Where developer Faillbetter Games is especially clever in this respect however, is that the starting area and the islands that surround it remain the same on every playthrough – it is only the far-flung islands and continents that change each time you begin the game anew.

This is especially useful for newer players as it allows them anchor to a set of familiar locations before they go off exploring into the dangerous waters beyond. Ultimately, Sunless Sea is all about seeking out fortune and as previously alluded to, this can be achieved by transporting people to particular locations, trading goods, discovering treasure and even selling the reports of your escapades for cold hard cash.

Once you have amassed a sufficient sum, you can then put those funds into upgrading your ship, getting extra crew, or even buying a new ship or zubmarine (submarine) altogether. In short, you will not run out of things to do in Sunless Sea – once it gets its claws in you, they will stay in you for hundreds of hours.

Boasting almost as much depth as the briny deep of Sunless Sea’s watery expanses, the game also has you managing other aspects too. In addition to scoring cash, crew, fame and better boats, Sunless Sea also has you working to keep your crew’s hunger under control, their mental state in a good place (a terror rating ticks up in relation to the more horrendous acts they do and horrors they see) and ensuring you have enough fuel for your journey.

As such, it’s this choice that is frequently forced upon you; do you only seek out minor treasures not too far from home and ensure you get back in time to refuel, or, do you push yourself further out into the unknown with the hope that you’ll stumble across a port on the way back that will have fuel to sell?

Every playthrough of Sunless Sea is like this – a hugely satisfying cornucopia of risk/reward scenarios that must be tackled in order to maximize the best outcome which balances survival and capital gain, and it’s a formula that never dulls in its compelling nature the longer you play. Though Sunless Sea is always a resolutely challenging beast, there are a couple of design decisions that have been made which help to ease the burden a tad.

First off, when you’re sailing the high zees (seas) you can dispatch a bat to circle a wide radius in front of your ship with the airborne fiend reporting back to you any landmasses in the near vicinity as a result – something that always proves handy to do. Secondly, when you have taken on a mission and the destination is close by a useful text prompt pops up informing you of the direction you should be travelling in. Obviously this is all simple, quality-of-life stuff, but it all adds up to make Sunless Sea a more enjoyable experience than it perhaps otherwise might have been.

Wrapped around its freeform exploration and roguelike elements is the writing of Sunless Sea. Frequently stupendous and dripping in descriptive detail and ornate turns of phrase, Sunless Sea’s lack of voice acting is neatly countered by some of the best writing seen in a PS4 title as the developer brings the vivid universe of Fallen London (itself a sprawling, grim odyssey spanning other works) to life in stirring and compelling fashion.

With the PS4 version of Sunless Sea being the Zubmariner Edition, players get even more content stuffed into this already considerable package than normal. In the Zubmariner edition, players can take control of a Zubmarine (submarine) and scour the zeebed (seabe – oh you get it by now), discovering long forgotten wrecks, ancient civilizations, a range of new monsters and hours upon hours of new narrative goodness to enjoy.

Quite simply, Sunless Sea: Zubmariner Edition is a package that is absolutely bursting at the seams with value and potential for massively extended play. With its deliberate pace, unforgiving nature and difficult to grasp initiation, it’s reasonable to posit that Sunless Sea won’t be for everyone.

Those who do take a chance on Sunless Sea: Zubmariner Edition however, will not be disappointed as a gargantuan prospect soon reveals itself with superb roguelike mechanics and the sort of upper echelon writing you rarely get in games.

Sunless Sea: Zubmariner Edition from Failbetter Games is out now on PS4.

An intimidating and slow burning prospect, for those who can look behind its challenging facade Sunless Sea: Zubmariner Edition soon reveals itself to be a masterly work that deftly marries great writing with fine tuned roguelike mechanics.