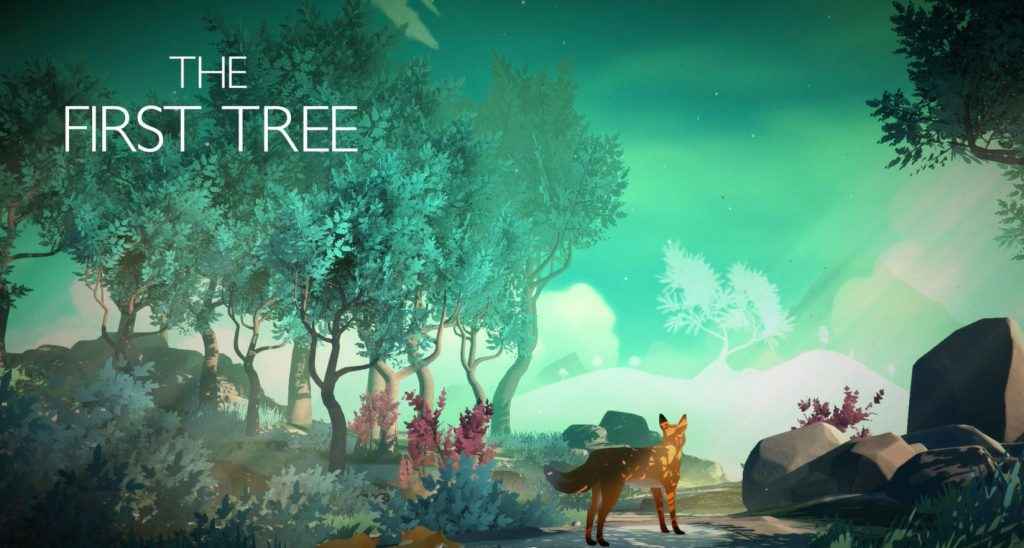 It is rare in today’s gaming climate to go into a game with no expectations. Games today have marketing teams and PR representatives releasing trailers, fighting for media coverage, and showing as much of the game as possible to ensure purchases from consumers. The First Tree was not like that; the only mention of this game anywhere was on a PlayStation Blog post released on a Thursday evening.

This meant that going into The First Tree, I really didn’t know what to expect. That obliviousness led to The First Tree absolutely blowing me away. The game’s one developer David Wehle has crafted a short, yet poignant game, that focuses on the passing of loved ones and the regret of not connecting with them more. The First Tree is up there with the best of narrative-focused adventure games, like Gone Home and Journey.

The First Tree is a game of two tales. One is of a fox looking for her cubs who have gone missing. The other is of a man, Joseph, who is suffering from anxiety, regret, and sadness, on the day before he visits his family back home. The former narrative is what you play. You spend the game playing as this fox, exploring a handful of different environments in search of your cubs. The latter tale is only ever heard. The game is narrated entirely by Joseph and his wife, Rachel, as he confides in her, detailing all of his thoughts about his father, the way he treated him, what he did right, and what he did wrong.

The two narratives purposefully run parallel alongside each other and each has their own heartbreaking twists and turns. The story of the fox was engaging through my control of her. The search for her children is something I actively wanted to do, ensuring I left her happy and content. Joseph and Rachel’s story is believable and enthralling. This is crafted through the excellent voice acting by both David Wehle and his wife Elise, who voice Joseph and Rachel respectively.

The suspension of belief in Joseph and Rachel’s relationship comes through that personal connection David and Elise have. Whilst I was listening, hearing each of them pour out their feelings, I could imagine that this was a conversation that they had previously had in their real-life relationship;i t flew so naturally to both of them.

To some degree, that may be the case – the events of The First Tree are based on David’s own real-life experience of losing his father and the authenticity of that experience comes through in Joseph. The character and the way he jumps from one thought to another as he battles over his choices in life was reflective of real life. On top of that, I found a greater connection to Joseph through my own struggles over connecting with my family.

The excellent narration continues over into a developer’s commentary mode, which you can toggle at any moment. This is a welcome addition as it allows you to see David Whele as a human, why he chose to make this game, and the struggles he faced when doing so. You can find interesting facts about the game’s development here as well. For example, David has no experience with coding. Which, in turn, only makes his achievement with The First Tree more monumental.

The game concludes with a heart-wrenching final level which gave me chills, with one moment absolutely destroying me emotionally and another being a masterpiece of music and gameplay. I will leave it at that to preserve your experience with the game.

The First Tree Review – A World Of Beauty

The First Tree is set across five different levels each with their own environments. There is a wintry hillside full of bunnies scavenging for food. There is a tightly packed forest with trees and rock structures. My favourite is a gorgeous level with a huge lake and a moment that is surprisingly hopeful and optimistic in the sorrowful look at life that is The First Tree.

These levels vary in terms of how they look. Some look gorgeous, whilst others can seem simplistic and sparse. However, I never looked at the game and thought it was ugly. Instead, I came to the conclusion that the lack of fidelity added to the unique graphical style of The First Tree. That style manages to make the game seem approachable and welcoming in its simplicity, despite hitting you in the face with the theme of death almost immediately.

Scattered around the world are objects from Joseph’s life that help you to discover the type of person he was when he was younger. However, they also give the game a visually pleasing aesthetic, with natural wildlife and wilderness juxtaposed with mechanical trucks and buses.

Besides the simplicity of the graphics, there are a couple of places where certain objects and models don’t exactly look like they belong in an environment. However, it didn’t happen enough to hinder my overall experience. Similarly, the music is also beautiful. Josh Kramer’s piano pieces in The First Tree fit snugly within the world and feel as if they were made for each section of the game specifically, despite the fact that this was not the case.

David Wehle used Kramer’s publicly available music for this game. As mentioned earlier one of the final moments of the game makes use of music in a perfect way, evoking the feeling that you are unveiling a long-hidden relic and about to discover the most valuable bit of information ever known to mankind. It is hard to effectively put into words how that moment makes you feel other than playing it for yourself.

The First Tree Review – The Issues Do Not Matter

The First Tree is not flawless. Gameplay outside of walking consists of floaty and imprecise platforming that can become frustrating during the moments I didn’t make a jump I should have. Puzzles are few and far between and their simplicity did not even pose an ounce of a challenge. However, this really does not matter. The First Tree is about two stories and they are told perfectly. The gameplay issues never affected my enjoyment of the game because the narrative behind it was so strong and impactful.

The First Tree is one of the best stories I have experienced this year. It is an example of why independent games matter so much. The flawless telling of a personal and emotional story is something only found in a game removed from the marketing and corporations of today’s industry.

The First Tree is a must-play for fans of narrative-adventure games, it will leave an impact on you that very few games are able to do.

The First Tree is out now on PS4.

The First Tree is an exceptional story of loss and regret. The achievement by the game's one developer, David Whele, cannot be understated. The combination of all the elements of this experience creates one of the most memorable games this year. If you enjoy narrative adventure games then The First Tree is more than worth the two-to-three hours it takes to beat it.