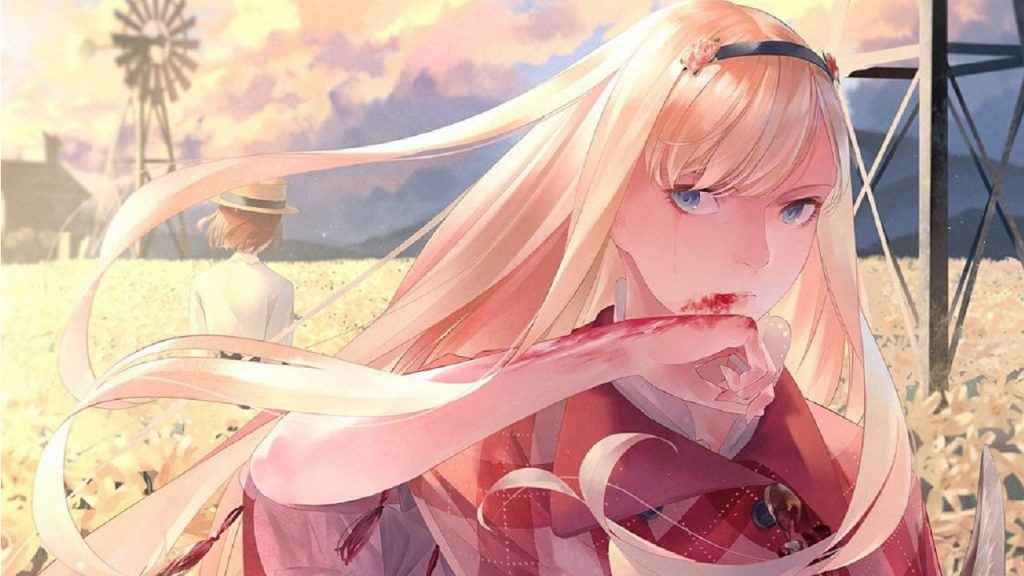 “This game was made with the belief that nobody is wrong for being what they are.” – These are the very first words that greets the player when they start a new game in The Missing (for the sake of sanity, I’m not going to regurgitate the entire title over and over), the latest effort from engagingly offbeat Japanese games developer Hidetaka ‘Swery’ Suehiro.

While such words ultimately ring true, they also speak to the core of the parable that The Missing imparts – a heart-wrenching journey of acceptance and loss set against the backdrop of a two-dimensional puzzle platformer akin to the likes of Playdead’s Limbo, or its spiritual sequel, Inside. In short, fans of those games will find themselves more than satisfied with what ‘Swery’ and his team have wrought here.

As the titular protagonist J.J Macfield, The Missing opens with J.J and her best friend enjoying their time together during a camping trip on the fictional Memoria Island, located just off the coast of Boston. However, things go rather awry when her friend goes missing during the night, forcing J.J into a frantic search across the island to try and find her wayward companion.

Naturally, things don’t go very well for J.J in her search and it isn’t long before she’s absolutely consumed by a tidal wave of self-doubt – did her friend leave because she said something wrong? Did J.J overstep a boundary with her affections, or, is there something else at play? Worse still is the bizarre transformation that Memoria Island itself has seemingly undergone – initially an idyllic rural sprawl of forests, picturesque views and rolling hills, the island now finds itself riddled with barbed wire, horrific traps and a range of demonic creatures that are hellbent on tearing J.J to pieces.

Luckily for J.J however (if you want to call it luck), she cannot die. Whether she’s carved up into a bloody stump, decapitated, dismembered, set on fire or pulverized with impossible force, Ms. Macfield simply refuses to give up the ghost. In a way, J.J is trapped in a kind of purgatory that she cannot escape – unsure of how the most important person in her world truly feels toward her, the notion of suicide holds no solace simply because her suffering can never end.

Supporting the unfurling of the game’s narrative is J.J’s trusty mobile phone. As she makes her way through the island, J.J receives a new messages from friends, family and acquaintances, while also engaging in real-time conversations with the odd cold calling individual (whom, for the sake of spoilers, shall remain nameless). It’s here actually that The Missing really sinks its teeth into the player, as the messages that are slung back and forth between J.J, her best friend, her teacher and other folks in her social circle all add up to paint the picture of an individual striving for acceptance of what she is in a world that is reluctant to provide it.

With themes of ultra-violence, suicide, liberal use of the F-word, a dash of sexual content and the fact that J.J spends most of the game crying, screaming in pain or physically/mentally/emotionally falling apart, it’s fair to say that The Missing is fairly heavy going indeed for the most part. That said however, for all the macabre and nihilistic shenanigans which occur on Memoria Island, glimmers of hope soon emerge – whether its rays of sun breaking through the clouds, or the comforting echoes of loved ones, The Missing does occasionally provide some balance to its dark tale.

The first time J.J ‘dies’ is a horrifying event for sure, but after that initial and very painful shuffle off of her mortal coil, The Missing soon reveals the ace up that lurks up its sleeve, and it’s one which separates it from its peers in Limbo and Inside. You see, though ultimately immortal, J.J can actually use the variety of painful deaths that she endures to progress through the island. In one example, after being carved up into little more than a rolling head, J.J can then leverage her reduced dimensions to reach previously inaccessible places – her skull bouncing along happily in quite the grotesque display.

Elsewhere, another conundrum has massive vines barring J.J’s way and thus preventing her from pushing further into the island – but the solution? Set J.J on fire and have her charred, stumbling form run into said vines, setting them ablaze and clearing the way while she screams her burning lungs out. Luckily though, the player can reconstitute J.J’s physical form pretty quickly by holding down the triangle button, with the resultant animation of our heroine snapping her neck, arms, legs and back into place proving to be a gruesome and sadistic spectacle to say the least.

By weaponizing what is thought of as a typical fail state in platform games, The Missing instead makes death an essential part of the experience as it actively encourages players to sacrifice J.J and parts of her anatomy in order to progress through the game. Thusly, in doing so, not only does The Missing freshen up the horror platformer in such a unique way, it also makes the player directly responsible for the misery that is inflicted upon poor J.J. Again, we’d be lying if we didn’t say that The Missing is some heavy going stuff.

While The Missing’s deft marriage of platforming, puzzle and horror elements is well-judged, there are some aspects which don’t quite match the lofty caliber glimpsed elsewhere in its design. The platforming fundamentals for instance, though fine for the most part, can feel a little sluggish at times with J.J not responding quite as swiftly as she should, while the transitions between crawling, crouching and upright stances feels less than smooth to say the least.

Visually speaking too, The Missing is something of an uneven affair. Though the character designs possess an undeniable charm and an almost ethereal glow to their appearance, the actual environments leave something to be desired as low detail textures and relatively simplistic geometry seem out of place when compared to the aforementioned stylish art direction.

Further afield, in terms of value, The Missing is a fairly linear affair, though a reason to play through the game comes in the form of doughnuts which when collected, unlock progressively more and more concept art through J.J’s phone for the player to ogle at. It’s nothing especially compelling truth be told, though your mileage may vary, the quality of the art direction is such that these images become quite the pleasure to collect.

In the end though, the emotional core and innovative mechanics of The Missing win out, cementing the game as a glorious exercise in Swery’s trademark brand of eccentricity, and an essential prospect for folks who got their kicks from the likes of Limbo and Inside.

After all, how many other games can you name where you’re encouraged to die over and over just to progress? (And don’t say Dark Souls – we don’t brook that kinda of chatter here)

Developed by White Owls Inc. and published by Arc System Works The MISSING: J.J. Macfield and the Island of Memories is out now on PS4, PC, Xbox One and Nintendo Switch.

Slightly clunky platforming and inconsistent visual presentation isn't enough to meaningfully detract from one of the most emotionally affecting and innovative action platformers on the market. If you enjoyed the likes of Inside and Limbo, you'll love The Missing: J.J. Macfield and the Island of Memories

The MISSING: J.J. Macfield and the Island of Memories