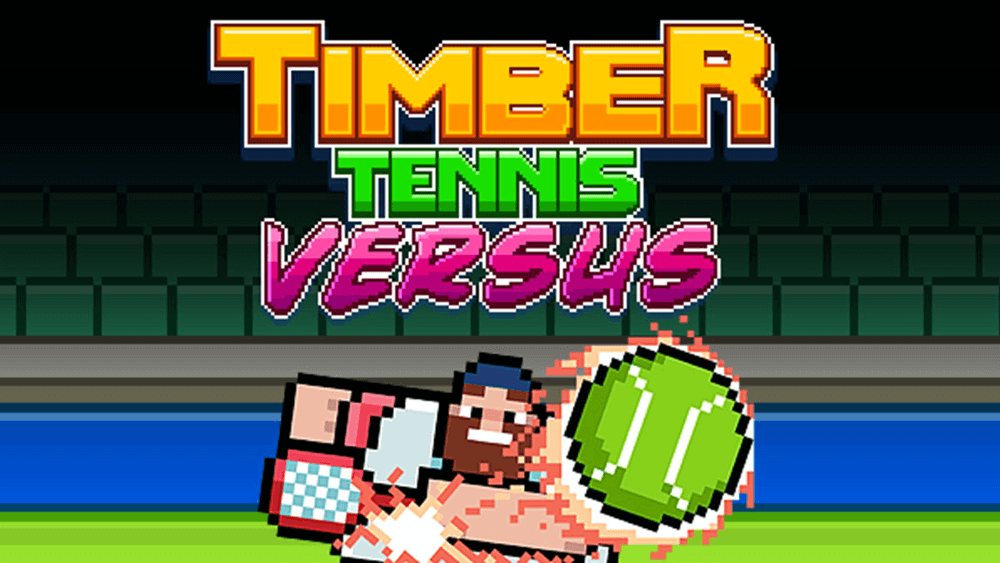 A few tennis games have come out so far this year, but not one has had any reason to stick with them. However, the minds behind the popular mobile game Timber Man have swapped their axes for tennis rackets with Timber Tennis Versus. While very simple, Timber Tennis Versus, in a pool of terrible competition, is the best tennis game this year.

I shall take a step back from that bit of hyperbole however, even though it is technically true. Timber Tennis Versus is a very simple game with a very attractive $2 price tag. All you do is move your character back and forth on the court to volley. You do not even have to swing. Just get in front of the ball, and your character volleys automatically. Where the ball flies is random as well, so you do not even have to aim.

On paper, this sounds quite dull. In fact, a fair amount of the campaign mode is rather lacking to say the least with AI that offers very little challenge. Hard mode has the greatest resistance, of course, but that still provides little opposition.There are a lot of collectibles to unlock in Timber Tennis, but a lot of coin farming stands between you and them.

With such trinkets largely being aesthetic items, very little justifies going after these extras. Even worse still is obtaining the immense amount of coins necessary to unlock everything for a couple of the game’s Trophies. Online matches yield very few coins, and even then you have to win in order to get any returns close to worth your time and effort. Single-player tournaments are the most efficient, but the ease of that game mode makes collecting everything a real slog.

But those special items, though!

The true focus of Timber Tennis is how you utilize your special items. As you play, gifts appear on the court that grant you items to use against your opponent. Some are paint clouds that block off sections of the court while others include power hits and an ooze bomb disorients the opponent if struck with it, inverting their controls for a time. The best item, in my opinion is the freeze bomb which does exactly what it sounds like a freeze bomb would do.

These special items are what make this game engaging. The real challenge is keeping the ball going while juggling both your and your opponent’s special items in real time. As I mentioned earlier, the single-player tournaments offer little difficulty at all; the AI tends to just stagger around the court, rarely using their special items on you.

In my humble opinion, this game is part and parcel a competitive game that should only be played against other players and as such, a deceptive amount of strategy goes into winning this game. What makes it accessible in that regard is how simplistic the game is to play. The D-Pad moves your character back and forth, and X activates your special items.

Using that knowledge, timing is what you need to master, knowing the most opportune times to maximize the advantage your items will use, countering what your opponent does to you.

Timber Tennis Versus is an engaging online romp

Timber Tennis Versus is not a deep game, but it is a good time through and through. Timber Tennis shines the brightest while online, throwing you into the deep end with the game’s easy to use but hard to master gameplay.

Design choices for unlockables and the single player’s easy AI do however leave a great deal to be desired conversely. Play on the couch with a friend or sibling, or jump online and play against other Timberjacks and Timberjanes. Simply put, Timber Tennis Versus is a deeply fun, deeply simple tennis romp that anybody can play.

Published by Crunching Koalas and developed by Digital Melody Timber Tennis Versus is out now on PS4, PC and Nintendo Switch.

Timber Tennis Versus is everything you'd want in a competitive game - simple controls and challenging gameplay. Playing against other players makes for a great time, but the single player lacks both challenge and depth. Still, you'd be hard pressed to find a $2 game this competitive or perhaps this enjoyable.