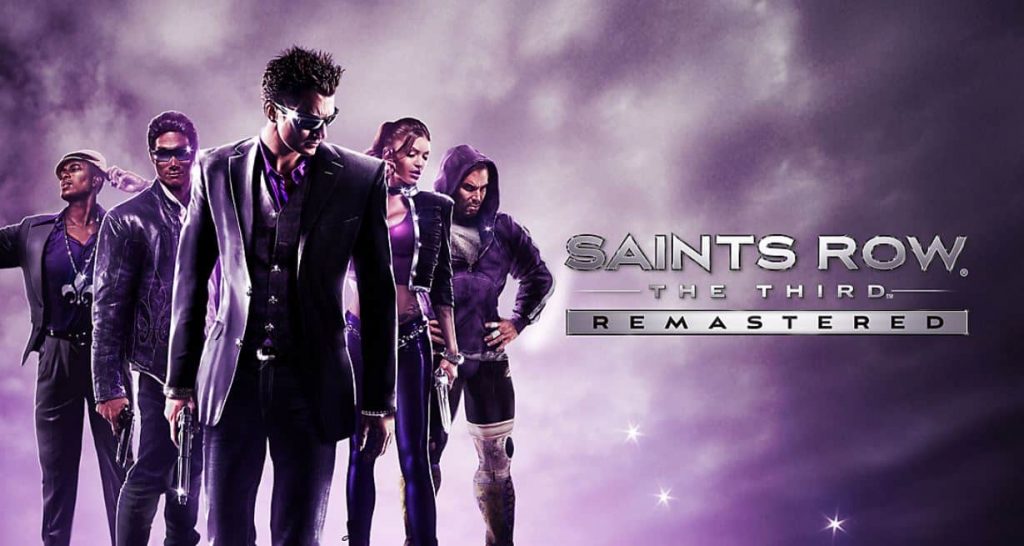 Saints Row The Third Remastered PS4 Review – Saints Row deserves more recognition as a series than it gets. Volition’s fidgety attitude towards the direction of a franchise that began life as a painfully low-rent Grand Theft Auto wannabe means it has hopped from crude gangster parody to throwing out superpowers, alien invasions, and a literal trip to hell whilst forging an identity all of its own.

A Polish Laden Remaster Of A Top-Tier Open World Effort

The pivot and peak in all this is undeniably the direction Volition took Saints Row The Third. It constantly teeters between crass smut and overblown crime saga, and with subsequent DLC, it even finds time to go to some of the more fantastical places that would become normality in subsequent sequels. With a remastered version of the game here nearly a decade after the original, it’s a good a time as any to revisit an underappreciated slice of absurdity and silliness.

Saints Row The Third sees the purple-laden street gang evolve from simple hoods to an all-out franchise in their own right, with branded energy drinks, name recognition, and a rabid fan base who apparently have no issue with their power-hungry heroes being in the murder-for-profit business. A bit far-fetched, I know.

Of course, it all comes crashing down as rival criminal organizations team up to drive the Saints out of business for good. So you, Shaundi, Pierce, and a growing collection of eccentric supporting characters set out to take the city of Steelport from your rivals, and restore the natural order. As you probably know, it doesn’t end up being quite as simple and serious as that sounds.

During the story, your gang boss will have a low-speed chase featuring gimps, take on a luchador, participate in an extreme game show, literally ride through cyberspace, and face a race against time whilst belting out Bonnie Tyler, and that’s just a smattering of the strange, smutty, and silly things Saints Row The Third throws at you. It revels in mayhem and absurdity, and naturally that makes it a hoot to play most of the time.

Surely then, a remaster should only require a simple sprucing up of a winning formula? Well, the game certainly needed some tweaks to fit in nicely with more modern open-world efforts, so a simple touch up isn’t really going to be enough.

On the surface, the remaster is an impressive one. I kept going back to a copy of the original game for comparison and the visual upgrade is significant. Character models get a hearty tune-up (well, the important ones anyway), and textures, in general, have been kicked up a generation.

The lighting is easily the most noticeable change, with the city of Steelport draped in bewitching hazy sunsets and the scuzzy glow of neon at night. Weather changes felt arbitrary in the original version of Saints Row The Third, but here, thanks to the improved lighting and textures, there’s a real shift in how the city feels depending on the time of day.

One of the biggest criticisms I could make of the Saints Row titles is that while the actions in the world these colorful characters inhabit are loud and over the top, the cities themselves are terribly forgettable bland things. Saints Row The Third Remastered goes some way to addressing that problem, even if Steelport still isn’t up there with gaming’s most memorable cities due to an uninspired layout.

The changes to textures, lighting, and ambient city noise make it a far more interesting place to travel around than before though, which in turn eases the previously dreary downtime between the insanity. The result of that is a better flow and transition between the journey and the mission.

The UI hasn’t received the same level of attention sadly, still pretty much as it was, and not even spruced up a little. It’s a minro grumble, granted, but you could argue a tweak here and there wouldn’t have gone amiss.

What clearly could have been better in this remaster is how the game handles. Saints Row The Third was already guilty of being a bit stiff and wonky when it came to gunplay and vehicle handling back in 2011, which caused a fair few moments of aggravation and frustration in an otherwise engaging and fun environment. Saints Row 4’s solution to this seemed to be to make vehicles redundant whilst ramping up the combat with superpowers.

There was an opportunity to address these weaknesses of Saints Row The Third with this remaster, but unfortunately it’s almost entirely as it was back then. Saints Row The Third doesn’t handle precision all that well, preferring to opt for the ‘bludgeon and scatter’ school of thought, which is perfectly fine and in keeping with the spirit of the game. It’s just that certain missions call for precision, and those are the times where the game stops being the merry-go-round of dirty, stupid fun that you came here for.

Happily, it’s not something that really gets in the way of the bludgeoning in the long term. It might make getting that 100% completion rate a bit more aggravating than it should be (side missions such as helicopter attack and Professor Genki’s game show get frustratingly fiddly in harder difficulties), but most of the time, there’s something willfully daft to do like throwing yourself deliberately into traffic or letting a tiger ride in your car.

So while Saints Row The Third Remastered is undeniably a much prettier upgrade of the original, complete with all the DLC (much of which bridges the gap of absurdity between The Third and Saints Row 4), it’s a little disappointing that the mechanical side didn’t get as much attention. Still, in a world of meagre ports and remasters, it’s clear that this has gotten more care than most.

If its ill-mannered banter, obsession with genitals, and inability to take anything seriously bothered you before, it’s not going to change your mind all of a sudden, but for all those who remember Saints Row The Third’s childish brand of dirty joy in a far more appreciative light, it’s a welcome homecoming.

Saints Row The Third Remastered Is Out Now On PS4, Xbox One and PC.

It’s still the same old crude, ridiculous, and daft Saints Row The Third as it ever was, complete with many of its original mechanical shortcomings, but the remaster does a wonderful job of making it look better than ever.