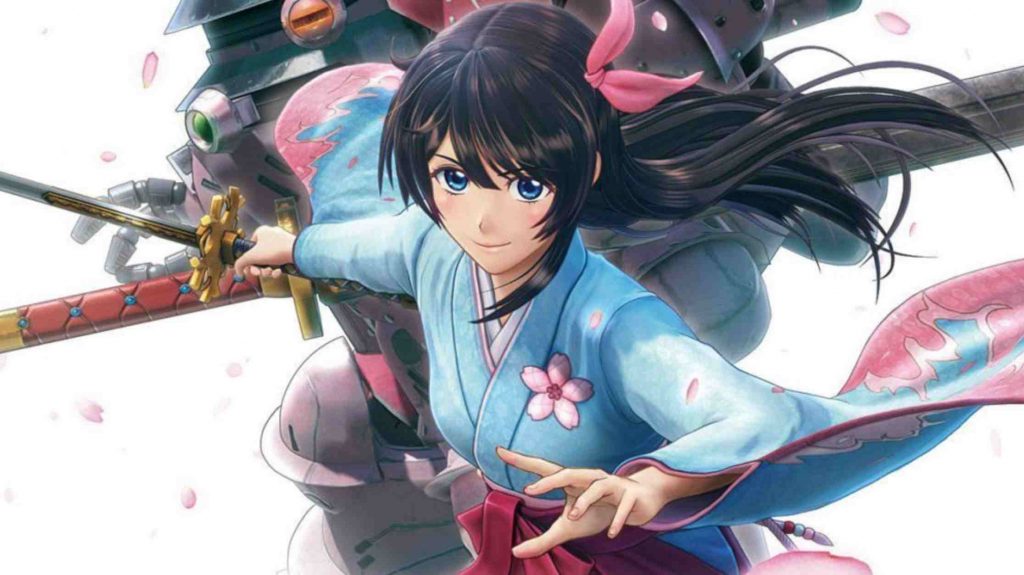 Sakura Wars is a historic franchise in Japan. Here in the West, it’s likely you haven’t heard of it because there has only been one other title to be released in the West back on the PS2.

Sakura Wars is a much-beloved franchise in Japan. Its blend of dating simulator mixed with tactical-role playing action was a great blend for fans mostly due to the great writing and character development the franchise became known for.

Now fourteen years since the last Sakura Wars title was released, SEGA has graced us with a new instalment that should appease old and new fans alike.

Sakura Wars is both a sequel and a soft reboot for the franchise. Set in an alternate 1940’s Japan, the world is united in battling a common enemy: demons from other dimensions.

In order to face this demonic force, humanity uses mechs to battle the demons. This time around the mechs use Spirit Energy, which means that only specific people who can harness the energy can run the mechs.

In previous titles, the mechs were piloted using steam power. That’s not to say the world itself isn’t steam-powered as a lot of the technology has advanced quite a bit. Including steam-powered cell phones.

The story takes place ten years after a massive battle for the planet took place between the Archdemon and the Paris Combat Revue, New York, Combat Revue, and the Imperial Combat Revue. The battle was so devastating that the three Revues gave their lives to destroy the Archdemon, bringing a period of peace to the planet.

You take control of Seijuro Kamiyama, a demoted Navy Officer who is tasked with running Japan’s Imperial Combat Revue. The Revue has fallen from grace since the defeat of the Archdemon.

It’s been so bad that the Shanghai Combat Revue has stepped in to protect Japan. Kamiyama joins the Revue as it’s new captain and leader of the Flower Division, an all-female team with very little experience in fighting demons and more importantly little skills in acting and performing.

Love at Every Corner

The Imperial Combat Revue secretly operates out of a stage theater. In order to keep the Revue financially stable, the Flower Division holds plays in order to keep up appearances and keep money coming in to ensure the Revue functioning.

Unfortunately, all the girls are pretty bad actors and it’s up to Kamiyama to not only improve the reputation of the theater but also lead the team against demon attacks.

Sakura Wars has always had great writing and character development, and this new title keeps that tradition going. Not only did I fall in love with the main cast, the side characters you encounter completing side quests are all written so well that I always remembered to visit them throughout the game just to see if they had any new quests for me to take on.

Each of the five main female characters are bursting with personality. Sakura: the childhood friend of Kamiyama and badass samurai. Hatsuho: The hot-blooded hit-first-ask-questions-later shrine maiden. Claris: Play writer and hardcore bookworm. Azami: A ninja in training and stickler for the rules. And Anastasia: The professional actress and star of the theater.

You’ll need to learn what they like and don’t like while helping them improve their skills, help them deal with their problems, and be there for all the emotional support they’re going to need. This makes up the bulk of the game and where the dating simulation comes in.

I’m not saying you will actually go out on dates with the girls, but the goal is always to improve their spirits and help them through each chapter. Each chapter will focus on a big story for one of the five girls to help you get to know them more and learn about their background and what brought them to the Revue.

As you have conversations, you’ll have to make choices on how to respond much like you would in any Bioware title. Depending on your answers, your relationship will be affected with each girl. Most of these decisions are one on one, but other times you’ll make group decisions that some characters will agree with and others won’t.

If your relationship with a character is bad, they may not show up during combat sections to lend a hand, and you may miss out on some important scenes with characters in future chapters as well. Keeping everyone happy may sometimes mean you have to make a decision you personally don’t agree with but you know it’s the right decision to make to keep, them happy and in good spirits.

I should mention just how good the animations are in Sakura Wars. Not just from the mech combat animations but during story conversations. Every scene has characters move around and react a lot to what’s going on. It’s something, in all honesty, I haven’t seen in very many titles.

It goes so far as to lead to clues during conversations. A character may say something one way but their body language will tell a different story. If you pay close enough attention, it will help you make the right choices.

It’s not all drama though. There are plenty of emotional moments in the story and some take some very drastic turns but there are a lot of humorous moments as well. Kamiyama finds himself in some unfortunate circumstances most of which are in your hands. Kamiyama constantly finds himself walking into the bathing room when one of the girls is already using it.

It’s not his fault as there is only one bath in the entire theater and a guy’s got to take a bath as well right? You learn quickly that if you so chose you can make Kamiyama a perv, and there are plenty of dialogue options to allow you to do that, such as peaking in on the girls. This, of course, will land you in some serious trouble, but sometimes it’s worth doing just to see what kind of trouble he can get into.

Sakura Wars forgoes the tactical combat that was a staple of the franchise. This time around combat is very action-oriented and plays more like a muso hack and slasher title. It’s not bad by any means, but it gets pretty repetitive rather quickly. Each mission has you accompanied by one of the Flower Davison members depending on the story sequence.

Other characters will show up to help out if you find yourself in trouble. That is if you have a good relationship with them. You can even switch to the other character accompanying you, and in some cases, it’s important to do so.

A lot of the missions you deal with have flying capabilities, and it’s a pain to take them on unless you have a companion with long-range capabilities. I found myself switching between characters all the time as each one deals with specific enemies better than others.

Unfortunately, there just isn’t enough depth to the combat sections. There isn’t much enemy variety and not enough bosses to take down. This irks me the most as the boss battles are quite fun, but there aren’t many of them. In fact, one boss you end up facing three different times, and all the boss does is add one new attack to their arsenal.

The level design leaves a lot to be desired as well. When facing off against demons you’re transported to some demonic realm that looks like a burning steampunk factory. It’s rather bland and boring to look at. Fortunately, the locations outside of combat, such as the theater and the areas around it, are gorgeous.

A Feast For The Eyes and Ears

Graphically, the game is a treat. It won’t match titles like Final Fantasy VII Remake, but it’s gorgeous in its own way. Sakura Wars is easily one of the best looking anime games on the market. The world is very aesthetic.

The vibrant colors of Japan jump right out, and the character design from renowned manga artist Tite Kubo of Bleach is memorable and unique

Sound design is also a standout. The game isn’t dubbed so you’ll be reading a lot of subtitles, but the soundtrack itself is magical. It’s hard to describe a lot of the tracks as they mix classical with jazz. It’s so well composed that I found myself just standing around listening to the music. There are of course some tracks that are fairly cheesy but those are designed to depict the comical or heroic moments in the game.

It’s been fourteen years since the last Sakura Wars title was released, but the franchise is finally back and it brings with it plenty of modern touches while expanding on all the things that made it so popular in the past.

The character development is on another level and there wasn’t a single character I wasn’t invested in, which includes side characters as well. It’s a shame the combat isn’t on par with past titles, but it’s a small gripe in a very big package.

Sakura Wars is available on PS4 from April 28.

Sakura Wars is a great little gem. It's the perfect title to get into the franchise and see why it's regarded so highly in Japan. Sakura Wars has some incredible writing and character development, it's hard not to fall in love with everyone you meet in the world. It's just a shame the combat isn't on the same level and at times take the steam away from the fantastic narrative.