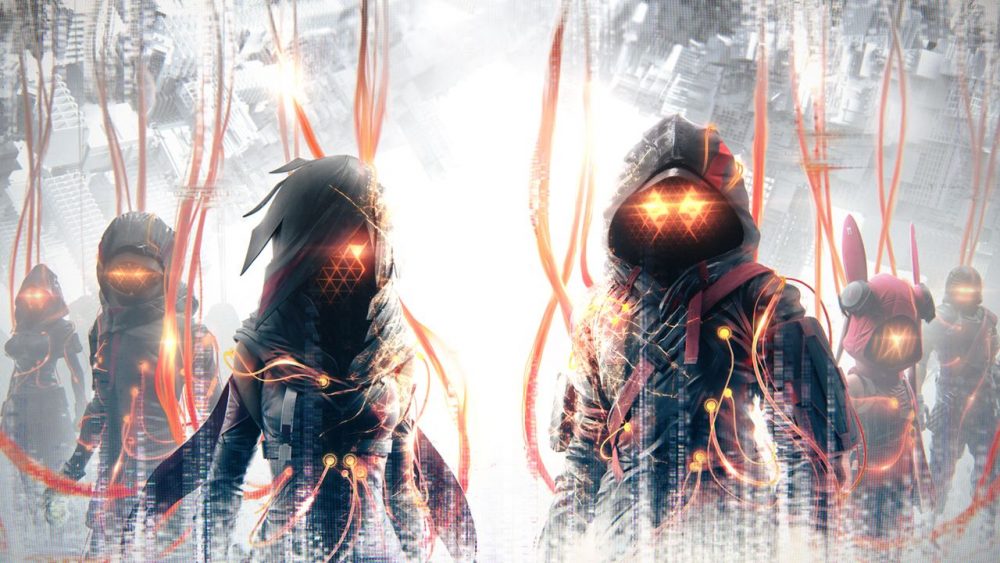 Scarlet Nexus PS5 Review – Scarlet Nexus from Bandai Namco has been on my radar for a while. I am not sure why the title grabbed me pre-release. Maybe it was the attractive anime-style presentation or the futuristic setting? Something about it just spoke to me. But going into it I knew nothing about the game from a story or gameplay perspective.

After playing Scarlet Nexus over the last week or so I can definitely say it is not just style over substance. As well as being a very attractive game, it has a narrative and combat system that matches up to that style. Scarlet Nexus is a twisted technological tale, where you get to evolve your connections with your team and rip through hordes of unworldly adversaries.

Harness The Red Strings, Save The World

At the start of Scarlet Nexus, you get to choose between two characters, Yuito Sumeragi or Kasane Randall who are both being enrolled into the OSF. The OSF strands for Other Suppression Force, a task force of sorts that protect the civilian population from the constant threat of the lumbering mutants called the Others. The Others are some of the weirdest enemies I have seen, think twisted bouquets wearing fishnets or robotic crocodiles with fungi on them. Extraordinarily freaky.

In an alternate reality where most of the population are born with uncanny abilities, the OSF gather these beings together, tie them collectively in a sort of technological web. Here they can talk to each other telepathically, borrow each other’s abilities and form strong bonds to further increase their power. I chose Kasane on my playthrough and the story heavily centred around her, her sister and their tight relationship. 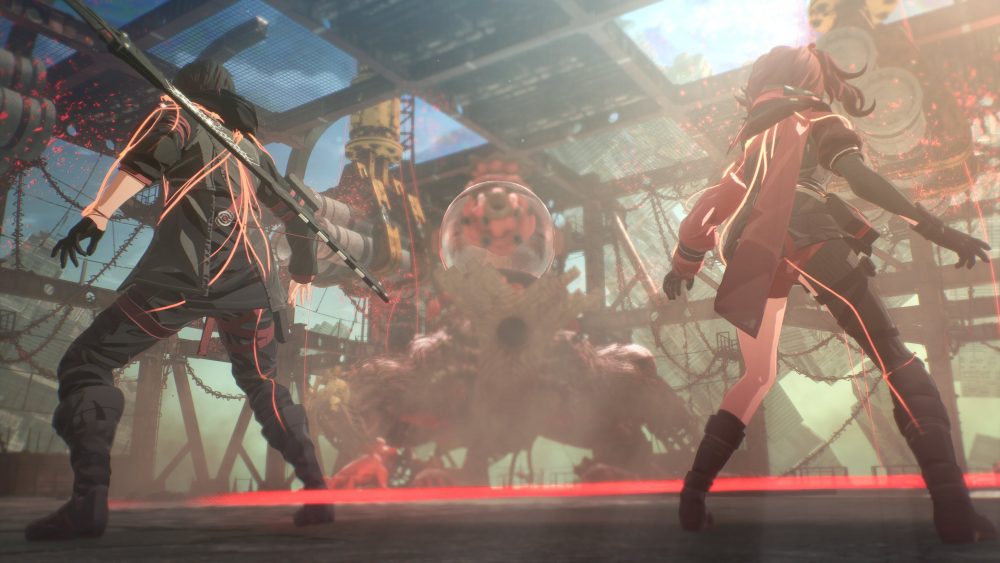 Scarlet Nexus is also set in an alternate reality where a revolution is brewing, conspiracy theories are rife, and the end of the world beckons. The game is full of twists and turns. I will not spoil any more of the narrative as every extra word I utter, will reveal more than I want to give out. I will say this though, I did find the narrative to be unique, interesting and never once did I feel the need to skip any dialogue. Which for me, says quite a lot. I often get bored with needless fluff and pointless jibber-jabber.

So, you turn up for your first day at the OSF, get hooked up to some freaky digital tentacles and take your aptitude test. Your early missions guide you through what I think is a constantly intriguing combat system and the various facets of the game. You are then slowly introduced to more intricate systems and start to meander through the games interesting if a bit uncanny gameplay loop.

The majority of Scarlet Nexus is semi-linear missions broken up by story segments and standby phases. In these standby phases, you get to give gifts to your platoon members, work on your bonds, and hopefully get more powerful in the process. The interactions between characters and the way you spend your downtime did remind me of games like Persona but without the time restrictions.

Giving gifts to people and spending time with them furthers your relationship and gives you little threads of backstory, which was a nice break from hunting mutants. 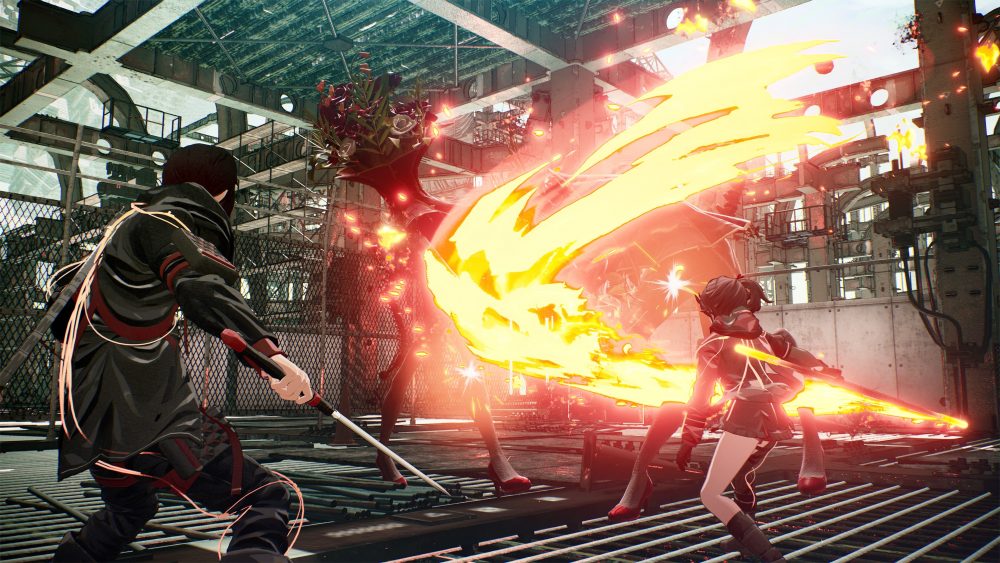 Scarlet Nexus is a third-person action RPG, with one of the most riveting combat systems I have experienced in a while. The combat system is made up of three main parts. These parts have other little systems and nuances but they fit into these three main categories. You have your melee abilities, split into a light attack and a heavy attack. You have psychokinesis abilities that interact with the environment and you can also borrow the abilities of the other members of your party.

What I loved so much about this system is how well all these parts work together and how you can use your environment to turn the tide of battle. As your attacking with your melee attacks, your psychokinesis bar fills up allowing you to target items in the environment and lob them at your foes. Similar to something like Control. The interesting wrinkle in this system though is that you have special techniques to chain together that flow within each other to keep your attacks rolling and your psychokinesis bar topped up.

If you attack while throwing an item with psychokinesis it creates a follow-up attack which fills up your psychokinesis gauge further and if you throw items while attacking they create powerful combos. This flow and combination of mechanics means you are constantly mixing up your attacks, scanning your environment for things to fling at your enemies. Working out the best order to do these things in, to maximise your damage output and keep your psychokinesis gauge topped up is very moreish. The whole system has a lovely rhythm to it and I cherished digging into its complexities.

On top of all this, as I mentioned earlier, you have abilities you can borrow from your teammates that add further layers to this delicious combat-driven cake. You can use fire abilities, electric abilities, teleportation and even time dilation. As with most JRPG combat systems the enemies can get inflicted with statuses and can be weak to certain effects. When you mix all this together, you get a very well-conceived combat system that stayed fresh, well into the endgame. 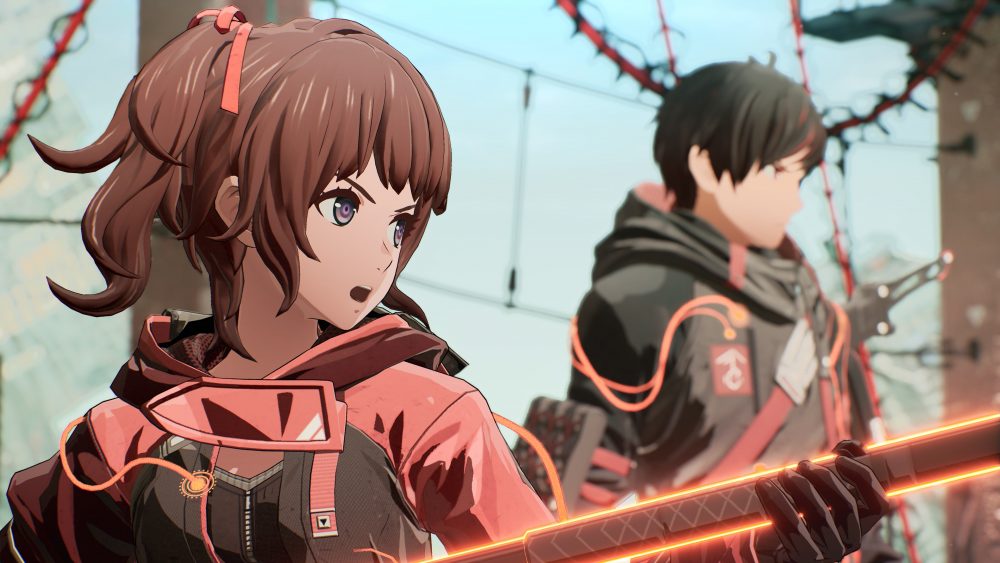 As you can tell I really enjoyed the combat system, it flows beautifully and has loads of unlockable abilities. I have not even touched on many other systems but let’s just say you can ride on top of a bus, driving it into foes, hurl cars at enemies, and even spin girders around in their faces. In my opinion, Scarlet Nexus’ combat system is its best feature. It’s so rewarding and you really have a lot of room to express yourself in how you want to play.

While Scarlet Nexus does contain DualSense features like haptic feedback and adaptive triggers, I think I may have been spoiled by Returnal and Ratchet and Clank in recent months. You get tension from the controller’s triggers during battle and haptics fire off when you take hits and glide across the battlefield. I just feel they have less of a transformative experience than the aforementioned titles.

It’s the same with the Activity Cards. They are there and they do function but it was just a card for your current goal and a list of trophies, nothing ground-breaking. I would have liked a deeper implementation, like Astro’s Playroom where I could jump to a side-quest or other activity, not just a bare-bones system like we have here. The Activity Card system is a great feature when used correctly.

A JRPG Piece Of Art With A Lack Of Life

I thought the art style in Scarlet Nexus was beautiful. Well, most of it was. The characters are gorgeous, everyone is so damn attractive, probably to counteract those weird, weird mutants. The combat effects are equally beautiful too. The only thing I thought let the presentation side down a tad were the environments. They all seemed a bit drab and lifeless. I also really enjoyed the comic book-like cutscenes, they were an eclectic mix of storyboards, animated sections, and stills and really gave the narrative an unusual and unique feel.

Surrounding these far too beautiful characters is a lovely soundtrack with blood-pumping electronic music accompanying your many skirmishes and soothing acoustics playing as you wander around the world of Scarlet Nexus. This was all filled out with crunchy dubstep and fast chaotic pieces. At times all of these styles of music were mashed together but on the whole, it worked. I found the soundtrack uplifting when it needed to be and at times, appropriately sombre. 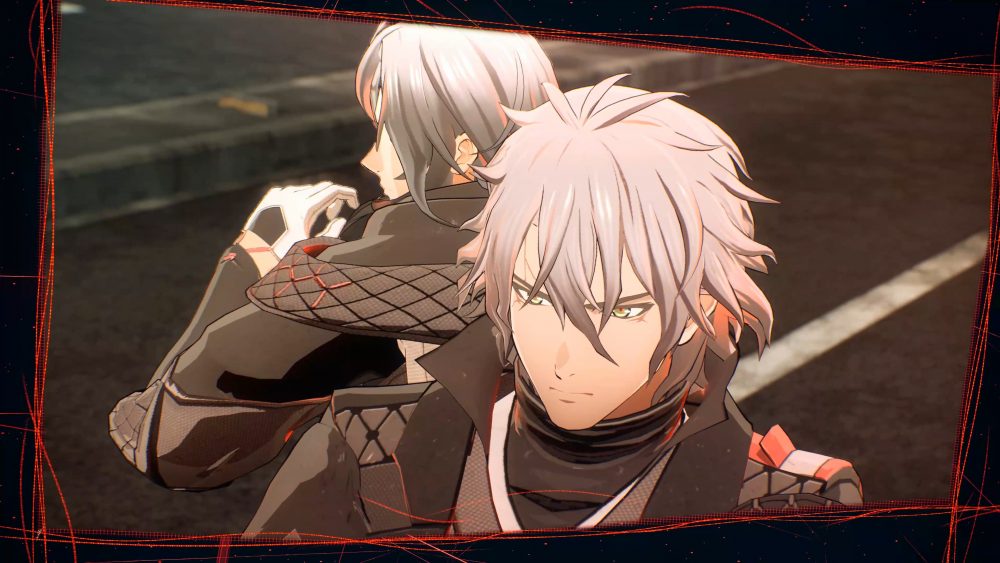 On the performance front, I had no issues with the way the game ran. Scarlet Nexus was smooth and error-free. There were a few things that bothered me though. The mini-map was often useless and sometimes the camera would act in strange ways. It would get stuck behind posts or walls during combat and sometimes it would twitch during exploration. It was only a small thing, that I eventually adjusted to, but still not ideal.

Scarlet Nexus is a hugely enjoyable game. It has an interesting story, a fantastic combat system and on the whole, is generally beautiful. Sure, I wish the camera was a bit less wonky, I wanted a bit more variety and intricacy in the environments but I really savoured my time with these quirky characters.

There is a lot of enjoyment to be found fighting back hordes of mutants and seeing the unique narrative through to its conclusion. I have clocked about thirty to thirty-five hours so far but I skipped some of the bond and side content. Surely, with all the extra content you can easily get fifty hours plus out of it. I did start a playthrough with Yuito too but I have put that on the backburner to return to at a later time.

While not being perfect, I think most players will find something in Scarlet Nexus they will enjoy. From the addictive combat system to the technological narrative, there is a here to devour. You get a decent amount of content for your money and you will get a memorable experience, what more can you ask for?

Whether you latch on to the interesting technological tale of Scarlet Nexus or dig into its intricate combat system Scarlet Nexus is well worth your time and effort. It's full of beautiful characters, strange creatures, and plot twists. The camera can be irksome and some of the environments can look dated but overall the experience is a pleasant one. There is a fair amount of content for your hard-earned cash and the game never outstays its welcome. I can recommend it to most players, even people who rarely dip into the JRPG genre, such as myself.