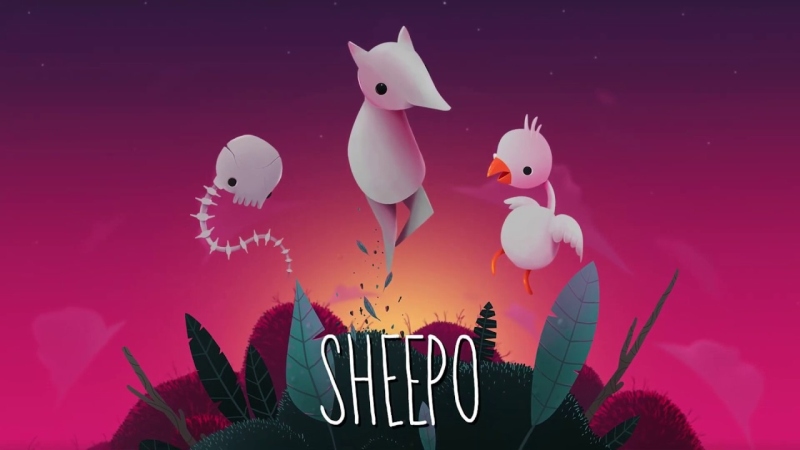 Sheepo Review (PS5) – I love the idea of challenging games like Super Meat Boy. Needing that kind of discipline to perform choreographed motions perfectly in order to complete each level just gets me fired up. Unfortunately, I only experience this when I watch someone do it on YouTube. Then I happen across a game like Sheepo, an entirely-passive 2D platformer.

To clarify, I do not make a direct comparison between these two games when it comes to the challenge level. At the same time, Sheepo gives me a unique combination of responses when playing it: zen and satisfaction. Its levels are far from taxing, but they still call for some forward thinking and technique.

You, a bipedal sheep-thing, wake up on a spaceship that just landed on a brand new planet. A voice over the intercom informs you of your mission to sweep the planet to collect eggs for the six species on the planet. The goal is species preservation, and it’s your job to bring back an egg from each species for a sort of interspace hatchery. 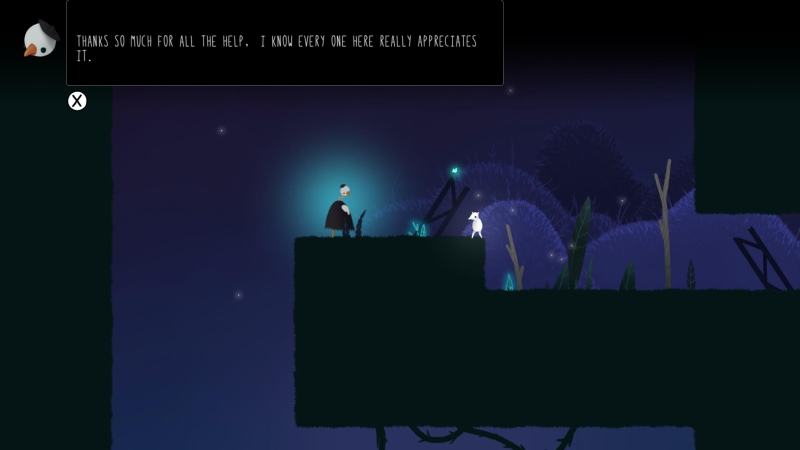 Part of the fun comes from how your radio companion treats their role in your efforts. Instead of truly offering genuine help, they give cheeky or vague descriptions of what you need to do next. When bosses pop up, they exit stage left on “some other thing” and coincidentally return after you beat the boss then use words like “teamwork” to describe your success. With only written dialogue, you get to be the one to inject the snark into the companion’s words.

Overall, your radio companion comes off as that playful coworker or classmate who does just enough to appear like a participant but does so little. They never hide it either, which adds to the humor of it. The principles of the game are quite simple, so watching how your companion sluffs off on simple duties brings out a good chuckle from time to time.

While it’s not a hard game, I coin Sheepo as “deceptively challenging” after comparing the game’s aesthetic with what it asks you to do. You run around as a sheep on some unknown planet, and you take on the form of other animals you encounter. Plus, everything looks cute and cut out, kind of like a simpler-looking Tearaway. You wouldn’t expect a game presented this way to ask for much skill at all. 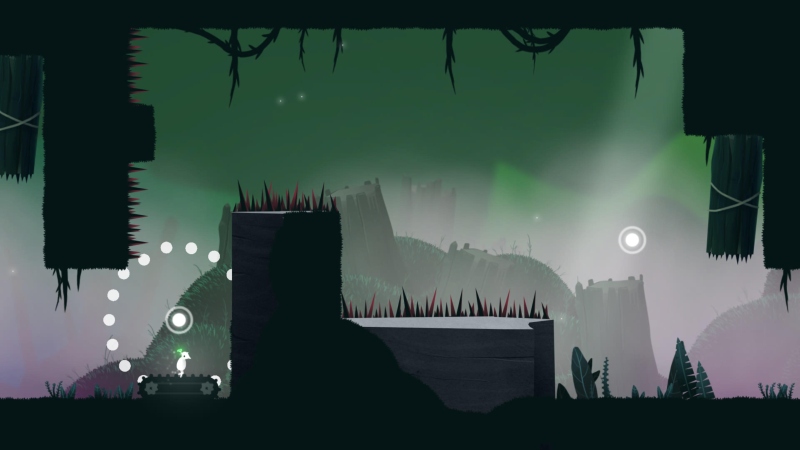 However, the challenge comes with the game not allowing you to use offensive actions of any kind. Instead, you must react to the world and manipulate it as well as you can. Boss fights see you evading attacks and finding ways for them to either tire out or hurt themselves. These fights are the only hostile enemies you encounter, with the rest of the danger coming from environmental dangers, mainly spikes or toxic goop.

While each boss fight follows the same idea, they all require different strategies. One, a goose, has you climbing to the top of an enclosure so you can knock out the boss. Another sees you getting surrounded by the boss itself, trying to respond to its actions in a shrinking environment. You die fairly often, but progress rarely feels halted. All in all, you must find a way to defeat the boss by either getting it to hurt itself or getting some help from the environment.

Getting Around the Map Offers A Different Challenge

At the beginning, you have no way to shift into different animals. Once you defeat a boss, you gain the ability to borrow that boss’ ability, like goose’s wings, worm’s tunneling, or a slug’s adhesive body. Like any Metroidvania, you often find paths you can’t traverse until later. Sheepo makes it crystal clear where you can and cannot go because the animals you need to utilize always sit in their necessary spot, waiting for you to eventually use them. 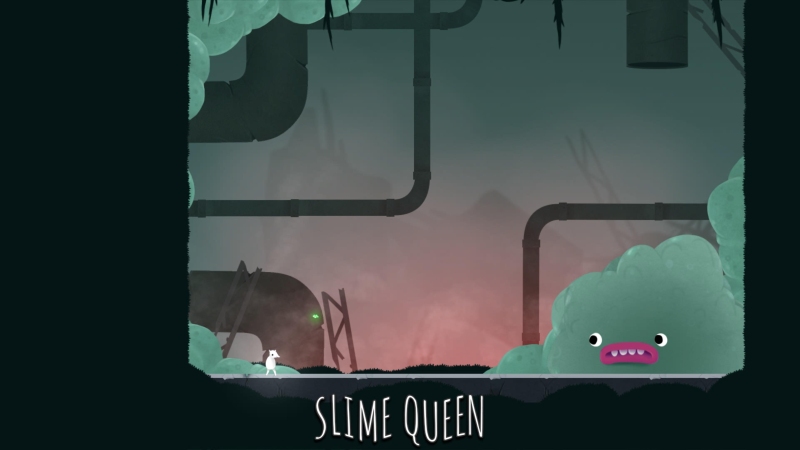 There’s much more than a handful of zones you pass through, so keeping track of all of the progression points and secrets quickly grows into a large task. This is where Sheepo offers up another level of difficulty that doesn’t play to the game’s strengths. The in-game map offers little support other than where teleportation points and save points are located. It shows nothing like when you complete everything in a zone or where a discovered animal sits, often hindering you from moving forward at a steady pace.

As you reach the end of the game, the map issue frustrates heavily. Finding where you need to go takes a great deal of time when compared to the length of the game. For perspective, I took 45 minutes to find my next progression point in a game that took me a total of 3.5 hours to beat, including that down time. In a lifetime, that’s not a lot of time; but when compared to the life of the game, that’s just short of a third of your time looking for a point of progression.

The final point may be one of personal preference, but I kept facing the same control stumble. The circle button jumps, and cross interacts with object and animals in the world, but for the life of me I constantly tried to use circle to combo from a jump into interacting with something. With how simple the gameplay delivers itself, I feel like a bit more simplicity with the controls would benefit the final product a bit more.

A Great Concept In Need of Just A Little Help

I feel like my time with Sheepo was mostly well spent. Exploring this new world for the sake of animal preservation made for a cool premise, and becoming those animals made for fun gameplay variety. Progression hits a few walls, with the end of the game feeling that wall the most. All in all, there’s a healthy challenge here that never stresses too hard yet still feels satisfying, even if Sheepo hinders progress near the end.

Sheepo shows a ton of potential and executes rather well. The two brothers who worked on this game should be proud of what they created. While the map and controls need a little more streamlining, Sheepo offers up a cool, passive option to the Metroidvania formula.