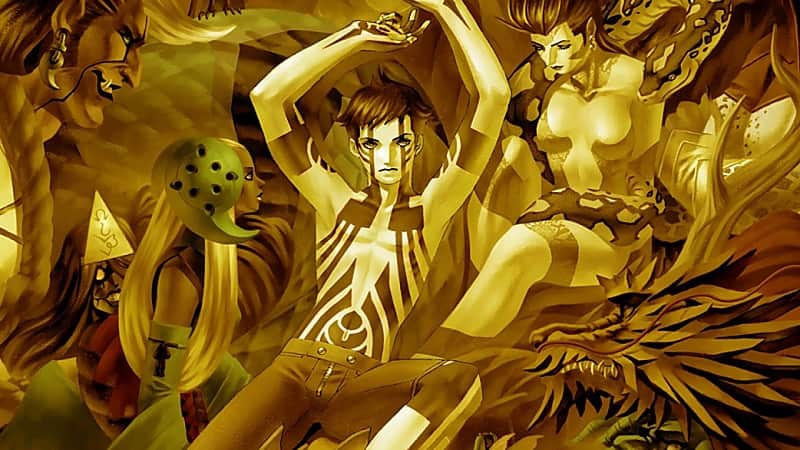 Shin Megami Tensei 3: Nocturne HD Remaster PS4 review. Despite all the conflicting opinions out there, I always support companies re-releasing old games. New gamers join the industry and having access to old games on new hardware, no matter the means, is a plus for everyone. I say this from personal experience because I’ve barely had a chance to even attempt most of the old games I’ve picked up well after their release. One of those is Shin Megami Tensei III: Nocturne, even if I have it shelved in my collectables room.

Remasters come with a spectrum of quality changes, depending on the efforts put forth by the team releasing the remaster. Some games, like Final Fantasy X, receive the full treatment of re-recorded soundtracks and overhauled graphics. Some games, like the Devil May Cry HD Collection, receive minimal enhancements to the source material. While the game proper is unique and charming, the remaster for Nocturne lands alongside Devil May Cry most of the time, comparatively speaking.

The End of The World

You, the silent protagonist, begin the game meeting with your friends at the Shinjuku Medical Center to visit your teacher. The scenario quickly veers into peculiar territory as your two friends, Chiaki and Isamu, allude to strange cults that have sprung up in the area. In particular, Isamu mentions the rumor that this medical center is the epicenter for these cultists and their practices. Considering the hospital is devoid of people, the potential of that being true starts to grow. 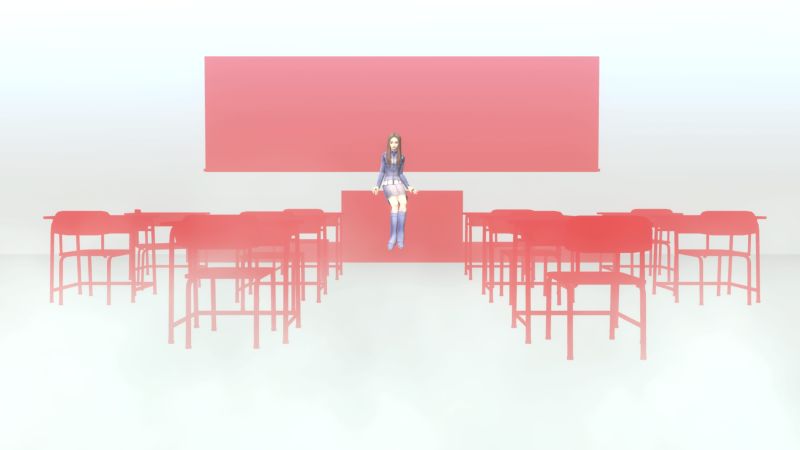 While searching for your teacher, you stumble across Hikawa, which confirms the cultist suspicions. He tells you of the incoming apocalypse, coined the Conception, and how everyone outside of the medical center will die. He threatens to kill you, but your teacher intervenes with some cunning threats. She then takes you up to the roof and vaguely clues you in on the impending end of the world.

Not long after her vague explanation, the world around you begins to lift up. Soon all of Tokyo is encapsulated in a large sphere. You then are granted demonic powers and become a Demifiend with the option to side with others to decide the fate of the new world. Before that, though, you must first escape the hospital.

My exposure to the Shin Megami Tensai and the Persona games is limited to what I’ve had access to on PS4, which is unfortunate, since these two titles grew from the same starting point. While I enjoy them both, I enjoy them for different reasons. Modern Persona games fall within that coming of age narrative style, filled with character development and personality. Nocturne, on the other hand, explores philosophies and how those outlooks affect the world. 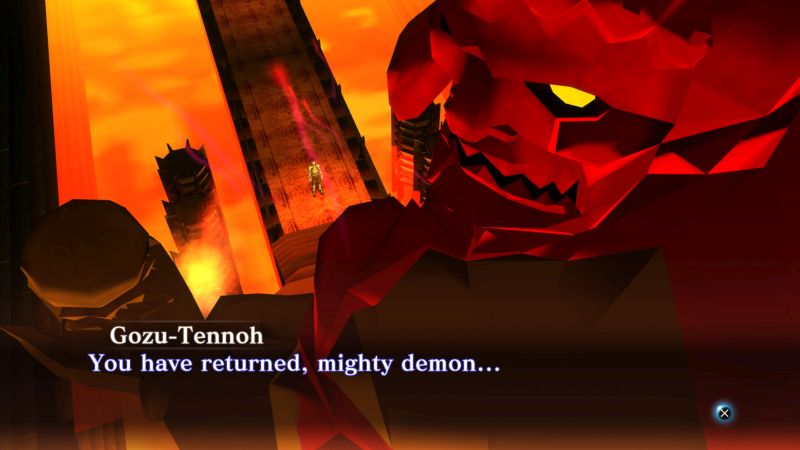 I muse on this here for the simple fact that Nocturne does not have much character development and features little interaction with other side characters. Your two friends become the representatives of different Reasons, which are groups of survivors who think they should decide how the new world should be formed. They take valid and thought-provoking, albeit sinister stances, but this approach offers you little connection to your friends, resulting in them not feeling terribly important on a personal level.

However, this isn’t Nocturne’s focus. Instead, you, the player, are the only entity this game is communicating with. You explore this warped version of Tokyo, helping random spirits and defeating enemies you don’t side with. This results in an open ended RPG that just doesn’t happen anymore.

Ultimately, while I love an engrossing philosophy, I’d more readily play a game that has defined characters that convey the game’s intentions. A character-driven approach delves into similar outlooks and allows you to empathize with their circumstances. All in all, the experience Nocturne gave me remains unique in a modern sea of copy-paste games, and I’ll think about it a long time. It just doesn’t have the narrative intimacy that other heavyweights do. 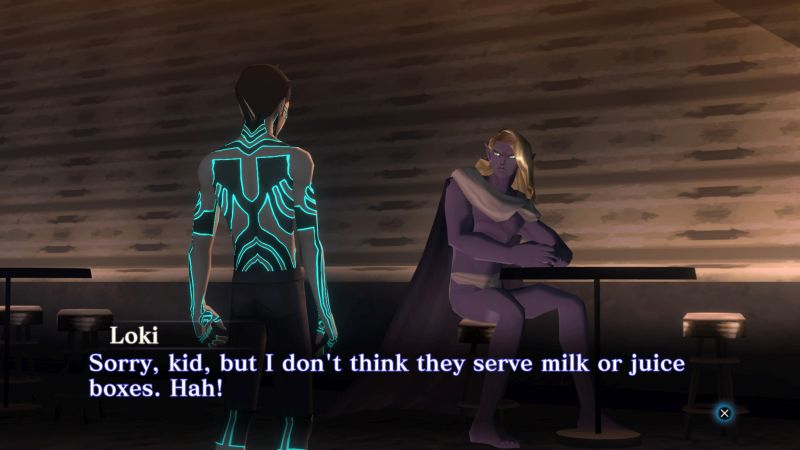 On the other hand, Nocturne has a subtle way of creating context through the world itself. All random conversations with spirits have some form of relevant information, and they contextually direct you to your next destination. The writing is subtle, and I can’t help but relish that aspect of the game. You’re rewarded for exploring with loot, but you also come across random ghosts and demons that all have their own personalities, which keeps exploration from being one-note all the time.

In terms of gameplay, the biggest difference between the two comes in how you move around. Coming from a first-person dungeon crawling franchise, Nocturne makes its jump into third person, but it brings the old control style along for the ride. Traditional movement controls with both analog sticks still works well enough, so they’re always available. However, you’ll find yourself using R1 and L1 to turn more often than not, because using the right analog stick just doesn’t feel anywhere near as natural as it does in Persona 5.

Much like in Persona, you obtain new combatants through battle. When enemies appear, your main character has the option to talk to the enemy in hopes of recruiting a new ally. However, gaining new allies isn’t as easy as opening up conversation. It’s also not as easy as answering questions, like in Persona.

Enemies talk to you and ask for things, like money or items. Some baddies can’t communicate, so you can’t obtain them through combat – more on that in a bit. Giving them what they request doesn’t guarantee anything either. Sometimes they ask for a bunch of stuff and then flee. 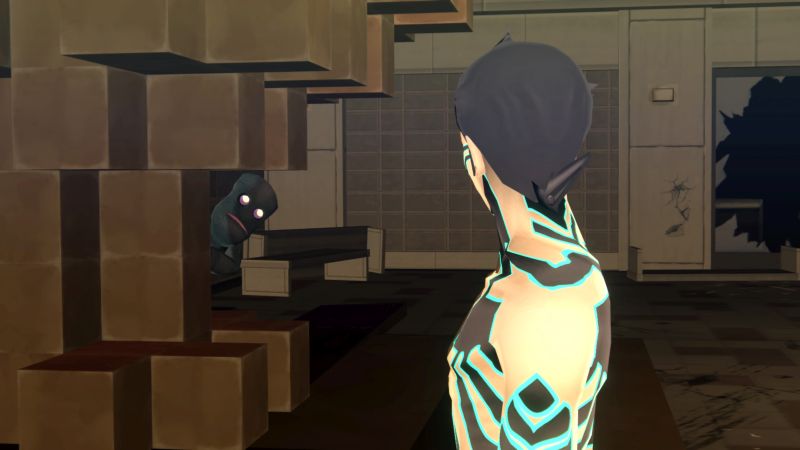 That’s where demon collecting becomes strategic. Each monster you obtain has its own list of abilities, much like with Personas, but they also feature different ways to talk to enemies. For insurance, having an ally with the Persuade skill allows you to keep talking to indecisive enemies. You have to make sure that your allies not only have necessary combat abilities but ways to also recruit new allies.

Going back to enemies that can’t communicate, the other way to obtain allies is to fuse your demons into new ones. You choose from a list of your collected demons and get combination options to preview the resulting demon. Unlike the original game, you can choose which skills carry over instead of the game randomly selecting from your monsters’ current skills. This cuts down on the time you need to build the monsters you want without changing the formula of demon fusion, which is a delightful balance of old and new ideas.

Fight With Your Demon Pals

The other strategic part of the game comes in the form of Matagamas. These come as rewards for defeating bosses, and each one grants you different bonuses. For instance, one increases your fire resistance and boosts your fire damage but decreases your ice resistance. Each one has its own set of skills you can earn, which adds both playing style options as well as different skills to develop. 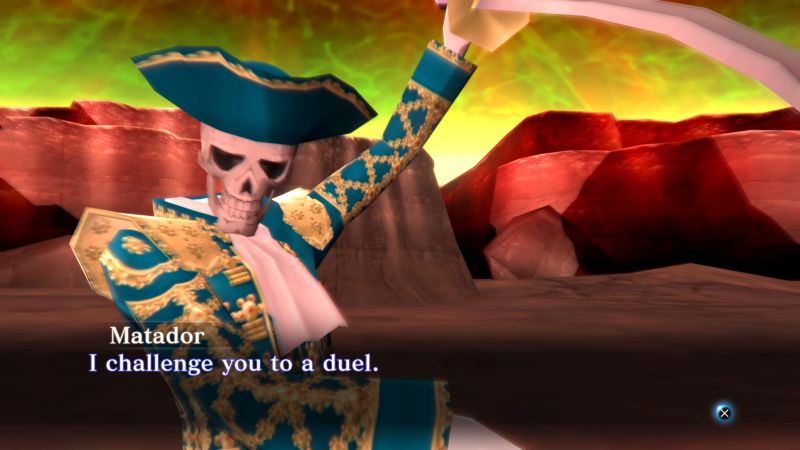 Having all of this control over your party is paramount to your success. Boss fights demand your attention and preparation, often requiring you to test the boss just to see how to beat it. In particular, most bosses use buffs and debuffs to sway the battle. You cannot succeed just by attacking; you HAVE to counter.

Some bosses increase their evasion, which is particularly dangerous. Missing an attack skips one of your moves during your turn, so bosses can greatly disrupt your strategy. Simply grinding out levels doesn’t compensate well either – Nocturne demands your efforts.

On that note, this HD remaster features a Merciless difficulty, which allows you to experience the story without difficulty. Considering the focus put on developing your demons alongside the philosophical narrative, many of the original game’s intentions lose their luster. The original game focuses your efforts into understanding all the systems and keeps you thinking about all circumstances you come across. In contrast, Merciless difficulty ultimately makes Nocturne accessible to everyone, but without needing the effort the original required, you just go from cutscene to cutscene using auto attack. 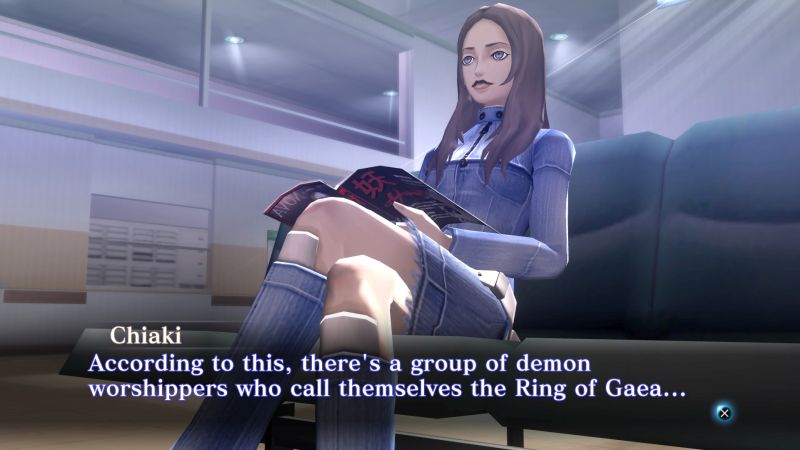 Visuals lack the kind of enhancement you’d find in a top-notch remaster. The main character received some extra refinements, but everyone else has the same kind of graphical fidelity found in upscaling emulators. This doesn’t hold back the game’s potential at all, of course. However, the differences come up often.

Audio quality is also a major outlier. Instead of recording new tracks, they copied and pasted the compressed PS2 audio and used that. One contradiction to this is that all voice work was redone, with some lines added, which plays into the game’s favor. It’s unfortunate that not all of the game’s audio received the same treatment.

A Classic That Deserved The Full Treatment

Considering the original PS2 game still sells for $40, paying $50 to conveniently play Nocturne isn’t a tall order. The PS2 Classic sits on the PS3 store for $10, but the few gameplay enhancements in the remaster add enough quality of life to make the extra $40 cost justifiable. Older games like this rarely have this many options, but a unique game like Nocturne deserves options.

Either way you play it, Shin Megami Tensei 3: Nocturne is one of those bucket list RPGs that all fans have to experience. With the new Merciless difficulty, everyone can, for what that’s worth. This remaster is not a significant improvement, but it does make a classic more accessible. Anyone looking for something unique will find just that here, despite some of its issues.

Shin Megami Tensei III: Nocturne Remastered releases for PS4 on May 25, 2021, and is playable on PS5 via backwards compatibility.

An RPG classic makes its way back to the front lines. Shin Megami Tensei 3: Nocturne HD Remaster has all the bells and whistles that came with the original fan favorite title. The minimal additions that come with this remaster do little to help or hurt the formula. Merciless difficulty drops the challenge too much to capture the game's magic, visuals only offer slight clean-up, and audio is still the same PS2 audio. While the game deserves better enhancements, getting Shin Megami Tensei 3: Nocturne in a more contemporary accessible form is still worth the price of admission.