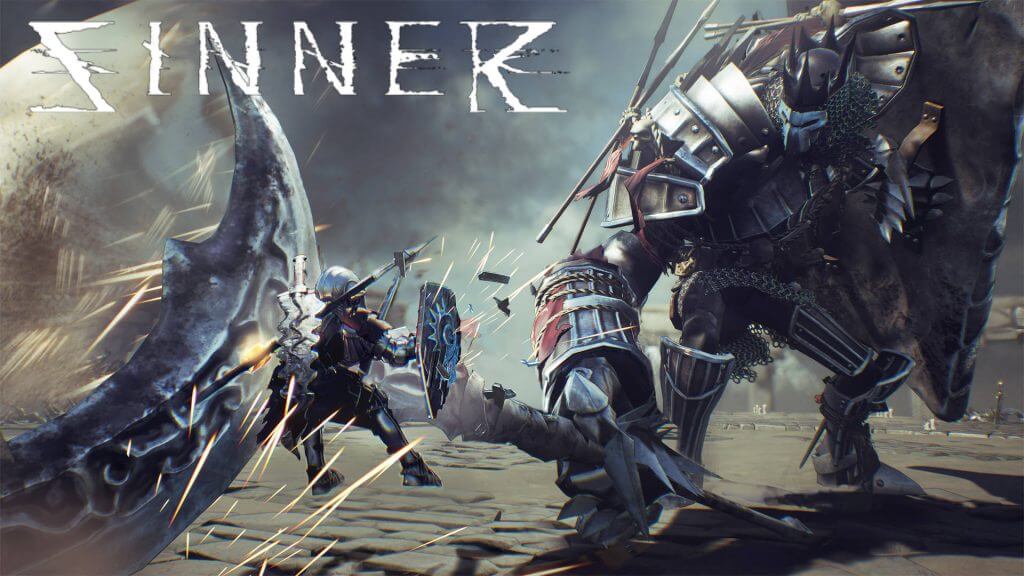 Sinner: Sacrifice For Redemption from Dark Star Game Studios is a challenging battle of bosses which finds you fighting incarnations of the seven deadly sins. The game is currently available for PS4, Xbox One, and PC.

Even if the phrase never earns a proper spot in the world of video game genres, Souls-like is a perfectly acceptable phrase often used to describe brutally difficult games inspired by From Software’s Dark Souls games. Sinner: Sacrifice For Redemption is a challenging and often sadistic journey into your own personal mini version of Dante’s Inferno.

Sinner: Sacrifice For Redemption is all about the fight.

The game offers very little narrative or story, but through a tutorial and some cryptic hints you soon learn that your character has done things that you must atone for by fighting eight bosses in the afterlife to save your kingdom or maybe your soul. After the tutorial, the game wastes no time before switching to all boss fights all the time and you are placed in front of seven shrines. Before you face the boss in battle you must make a sacrifice which includes things like health depletion, item reduction, weaker attacks, or having your stamina exhausted at a much faster rate. The latter, nearly proved to be a game breaker for me, as one of your best defense mechanisms is dodging. This downgrading or sacrifice stays with you once you beat the boss and move onto the rest.

Sinner: Sacrifice For Redemption features bare-bones combat that often wasn’t as responsive as I needed it to be. You come equipped with two sizes of swords, a few projectiles, and can perform light or heavy attacks, block, rush, and dodge. Survival will depend on getting to know your enemies, some will take you longer than others to master and while it’s incredibly difficult it’s not impossible if you learn their rhythm and have patience.

The game environments and graphics are sparse and appear to be almost muted. In the end, I could never decide if I thought it was by design or that of a rushed or incomplete level design. Either way, it oddly works for the game and provides a simplistic beauty.

The devs may not have created a Skyrim sized world for you to explore but in a game dependent only on boss fights, they delivered eight well designed and horrific manifestations of nightmare fuel that were obviously crafted with care. Each boss delivers a different experience and has their own weaknesses, strengths, and nuances. Unfortunately, many gamers simply won’t want to invest the time and frustration it takes to beat them. I love the sound of clanking swords in the morning

One of the best features of Sinner Sacrifice For Redemption is the sound. Eerie effects accompanied by the often frantic music provides a perfect soundtrack to defeating the seven deadly sins. The direction of the enemy attacks was easily detected, and sword hits chimed like a bell.

I do think the game is worth it if you are a big fan of this type of game, or a sadist, but it’s fierce difficulty and character downgrading will likely even scare away hardcore gamers that might not be willing to invest in the cause.

Perhaps some more lore or story, and an in-depth tutorial would have made my time with Sinner: Sacrifice For Redemption more enjoyable. Instead of wanting to know what was in the box with the enthusiasm of Brad Pitt, I was ready to sacrifice my soul and kingdom for a quick end to the game.

Sinner: Sacrifice For Redemption eliminates the campaign in favor of eight punishing boss fights based on the seven deadly sins. Instead of upgrading your character like a good RPG, the game uses a downgrade system that adds an unwanted wrinkle into the Souls inspired difficulty. The problem is that I couldn't connect enough to the game to care about the fight and was only rewarded with frustration in defeating the bosses.