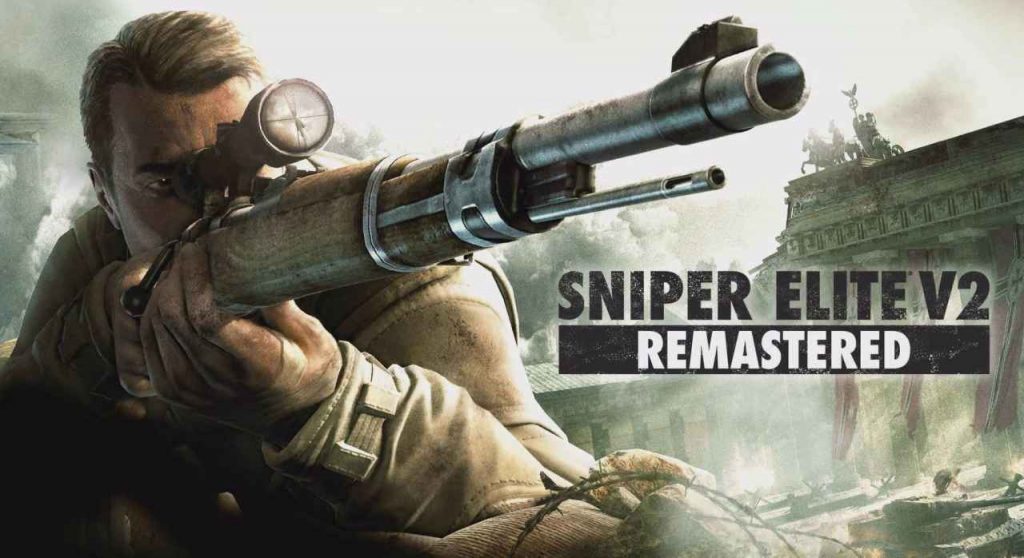 At its core, Sniper Elite V2 Remastered is everything you remember about the game from the last generation. The core mechanic of aiming down your scope and watching the bullet you just fired enter into an enemy’s body, puncture organs, and break bones is still as rewarding as it has ever been. Similarly, the level design is still memorable with unique objectives for each one.

However, after a few hours, some of the cracks in the wall start to appear and issues from the original game that you would expect to be fixed in a remaster are sadly still present.

Rebellion perfected the act of sniping with the Sniper Elite series and with V2 Remastered they haven’t made any concessions. Snapping onto targets and lining up my shot feels raw and visceral, as the bang from the gunshot reverberates around the room as it left my speakers.

To the same degree, switching between targets and hitting multiple shots within seconds of each other towards the end of the game gives you the impression that you have perfected the core mechanic of the game. This left me with a nice sense of progression as I slowly watched myself become more proficient as the game’s narrative went on.

That narrative still isn’t anything more special or memorable than what it was seven years ago, with cutscenes featuring no dialogue and just character movement, as well as characters that are thrown in with vague reasoning. However, it serves its purpose in taking Karl Fairburne, the game’s protagonist, from level-to-level and giving context to your actions in the game, namely killing everyone you see in order to stop the launch of a deadly bioweapon.

On that journey, Karl comes across various situations, from taking out targets and protecting others, to reaching a location to find some intel and escaping the area. Across the ten levels in the main campaign, the various mission objectives I was presented with constantly offered up new combat situations and ways to approach a new arena filled with enemies in need of a good shooting.

These 45-minute sandboxes were incredibly fun to experiment with, approaching situations in new and interesting ways which in turn lead to me pushing my creativity and experimentation. For example, in the game’s first level I came across a street with around five enemies. The first time I engaged them head on and died quickly. However, the second try I snuck around to the side and found that I could use my silenced Welrod pistol on one enemy, remain in stealth and kill two enemies who were lined up next to each other with one bullet. This gave me enough time to snipe the final few enemies on the other side of the street.

On top of that, one of the core mechanics in V2 Remastered is the ability to mask your sniper shots with sounds in the environment. For example, if you stand next to a loud piece of machinery, the noise created by it will mask your shot and allow you to remain in stealth while sniping soldiers from a long range. This further encouraged experimentation and often led to me spending upwards of 45 minutes in one combat arena, tackling it in new ways.

However, combat in V2 Remastered has not seen much of an upgrade compared to its last generation counterpart. Using the Welrod pistol and the various SMGs feels a little clunky and imprecise when compared to the flawless and accurate feeling of the game’s titular sniper rifles.

Also, the game’s AI appears to have not been updated at all leading to some frustrating situations. I could be in stealth, hiding behind a piece of cover and out of sight, only to have the enemy walking towards me see me through that piece of cover and throw me into combat when I shouldn’t have been. This led to me restarting the checkpoint and having to replay sections over and over again, as I made it my mission to be as stealthy as possible.

On a similar note, the dialogue audio in the game is not directional. This means that when you are trying to return to stealth, instead of hearing the enemies’ dialogue from where they are in the level, it just plays as another sound effect, leading me to not know where an enemy is and simply hoping for the best as a result.

The final noticeable issue with V2 Remastered is that the texture quality of some buildings and backgrounds haven’t seen much of an upgrade. They tend to look outdated and murky compared to some higher quality models, such as the people and vehicles.

Beyond the main campaign, Sniper Elite V2 Remastered offers a lot of content; unfortunately, not much of that is meaningful or entirely rewarding.

The game comes bundled in with all of the DLC content released for the game. The four ‘Challenge’ levels offer new maps and fresh objectives to take on alone. The two most memorable being Assassinate the Führer where, well, you assassinate Hitler and Neudorf Outpost, which has you blow up a facility in a large open field (an environment not seen in the main game). These surprised me, as I actually found them quite fun.

The Kill Tally mode, on the other hand, is an uninspired horde mode that gets monotonous within the first five minutes of playing. You can play this with a friend, where I am sure you will have a bit more fun; however, the simplicity of the mode and the lack of enemy variation makes this a part of V2 Remastered not worth your time.

Sniper Elite V2 Remastered is a great way to return to Rebellion’s classic franchise. The gameplay and level design remains engaging and the sniping feels just as good as you remember.

Despite it being a solid package, some flaws still shine through the coat of paint the game has been given. Most notably, the game’s AI is finicky and outright broken in places with enemies getting caught on objects in the world and noticing you from behind cover. Nevertheless, the main campaign and Challenge levels are a great way to spend eight to ten hours of your time, even with a few issues here and there.

Digital game code provided by the publisher for review.

Developed and published by Rebellion; Sold Out distributes retail versions of the game. Sniper Elite V2 Remastered releases on May 14, 2019, for PlayStation 4, PC, Nintendo Switch, and Xbox One.

Sniper Elite V2 Remastered is a solid remaster that allows you to experience the campaign, DLC levels, and visceral, satisfying shooting the game is known for again in 2019. Some aspects of the game have not seen much of an upgrade if any upgrade at all, with the game's AI and the audio system showing its age. Despite that, the game is an enjoyable way to hop back into Rebellion's classic franchise.