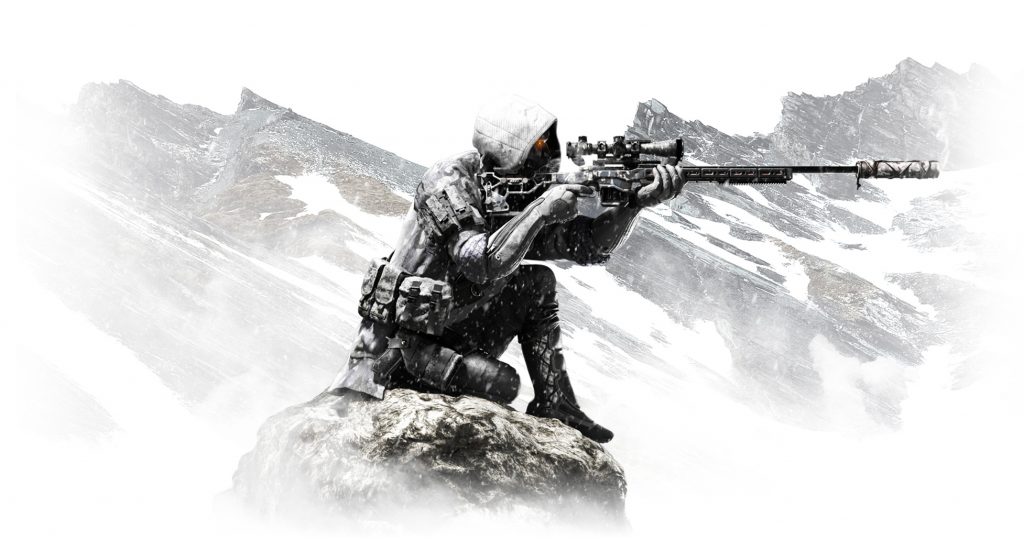 Sniper Ghost Warrior is a franchise that has never quite reached its potential and has always struggled to find an audience. And with CI Games‘ latest entry, Sniper Ghost Warrior Contracts, the franchise makes some steps in the right direction by streamlining the experience and focusing more on getting you into a level and sniping some people.

However, Contracts still retains many of its predecessor’s faults, including some ugly and broken AI, clunky gunplay, and some occasional poor design decisions and develops some new issues along the way.

The basic setup for Sniper Ghost Warrior Contracts’ story is that you are a contractor-for-hire called ‘Seeker’ and a bodyless electronic voice representing a third party has hired you to take out a number of targets in the Siberian Wilderness.

The intro is filled with exposition, forgettable Russian names, and generic b-roll war footage, with later cutscenes following the same trend. The story is nothing remotely interesting and I found it really easy to lose attention and look at my phone, whilst I waited for the level to load.

This comes down to these cutscenes and the set-up for each character acting solely as a reason to have you killing people and completing the objectives that are available in each Contract. There are no recognizable characters, themes, plot threads and every cutscene is nothing but window dressing for the level that you are about to enter. This may disappoint those that were looking for a more story-focused experience; however, I didn’t find this to be too much of a problem, because of how Sniper Ghost Warrior Contracts focus on gameplay and customization.

With this entry in the franchise, CI Games has decided to create five different and unique sandboxes for you to explore and snipe people in, with a Contract and list of main objectives in each one. Collectibles, side objectives, challenges, and bounties are packed on top of those main objectives giving each level a nice amount of replayability and exploration.

The game’s map will become your bible as each area of the level is highlighted and color-coded, showing you exactly where to go to complete the main story and precisely where to find high-value targets or optional objectives.

However, there are a lot of different icons that can appear on the map, making it a bit cluttered at times and really hard to find what each one is for in the legend. Some icons aren’t even shown in the legend, which was occasionally infuriating as the only way I could find out what an icon meant was to go up to it in-game.

Challenges offer unique ways to play a level or complete an objective, such as killing people with certain weapons or completing a certain objective without being spotted. At first, I was overwhelmed by how much there was to do. But, after completing the first level I became quite accustomed to the map and Sniper Ghost Warrior Contracts’ decision to create a sandbox with a checklist of things for you to do.

It was a nice bit of fresh air in an industry that is either hyper-focused on a narrative-heavy single-player experience or shoving multiplayer, live-service, daily events down your throat. I enjoyed having a list of objectives to complete and a bunch of things to find, being let loose to do all that without having to worry about a narrative or whether I need to upgrade my gear. Sniper Ghost Warrior Contracts puts you into the game and gives you free will to do whatever you want.

When sniping, the game is surprisingly enjoyable as you can sit back and pick enemies off from as far away as you want. Each sniper rifle handles well and allows you to see your bullet drop and the wind direction from within the scope, which is incredibly helpful and allows you to quickly move from one target to the next.

However, when you get up close and personal, the gunplay shows its faults. On top of your sniper rifle, you can also carry a handgun and a secondary weapon, such as a rifle or shotgun. Unfortunately, both of these weapons don’t handle well at all, no matter which weapon you actually hold. The close-range weapons feel clunky, stiff and you aren’t able to react fast enough because of that, which led to many… many deaths.

It never became frustrating, but whenever I had to switch to close-range combat I immediately wanted to be sat back up on a hill with a scope and some binoculars to mark enemies. It’s a shame because the sniping feels punchy and satisfying. I wish it would have felt the same with other weapons.

There are also a number of grenade and utility items to use, such as EMP grenades, Bouncing Betties, tripwires and so on. However, I never felt like I need to use any of them outside of the grenades, so I didn’t outside of a few times to see how they worked. A lot of these items are geared towards tactically planning your route and knowing patrol routes through levels, but Sniper Ghost Warrior Contracts simply doesn’t play like that.

The game’s AI is so poor, and at times broken, that it is often easier to just sit back, clear a compound or section of the level of enemies and then head in to explore. I have had enemies spot me from behind cover, sound an alarm for no reason, and walk into walls and gates. Trying to tactically play this game is not enjoyable, especially seeing as the game will randomly spawn Snipers on top of buildings and mountains that can kill you in one shot (which led to a number of angry deaths). So, as with the game’s checkbox-contract-style levels. I just turned my brain off, shot some people and didn’t pay too much attention to my actions.

That is really where you will find the enjoyment in Sniper Ghost Warrior Contracts. If you want anything more from this game than an FPS where you can turn your brain off and listen to a podcast, shoot some people, and complete a bunch of tick boxes then you are going to be disappointed or underwhelmed.

Sniper Ghost Warrior Contracts is a perfectly fine game. It offers a wealth of customization options for your loadout and weapons, skill trees, and expansive sandboxes with a bucketload of activities and challenges to complete. The problem is that most of that customization is pointless and doesn’t feel worthwhile. The game offers a solid, but forgettable sniping experience, but close-range combat and the game’s AI pail in comparison.

The story is a bunch of jibberish and the game doesn’t look particularly appealing with poor textures, bland environments, and occasional framerate slowdowns when it is snowing heavily. Sniper Ghost Warrior Contracts isn’t particularly bad, but it doesn’t do anything especially well either. So, it just kind of sits in the middle as a fine mid-market game that might be worth experiencing for a cheaper price down the line, but not right now at its full retail price.

Sniper Ghost Warrior Contracts is the most average game I have ever played. Nothing it does is particularly memorable or amazing, but it isn't broken or bad either. The gameplay can be both enjoyable and clunky depending on the situation. The story is forgettable and environments aren't appealing. But, the game's open-ended levels and tick box-style gameplay make it a great game to play whilst listening to a podcast. Overall, it is a half-step forward for the franchise, but much like the previous games, there isn't much reason to check this entry out.