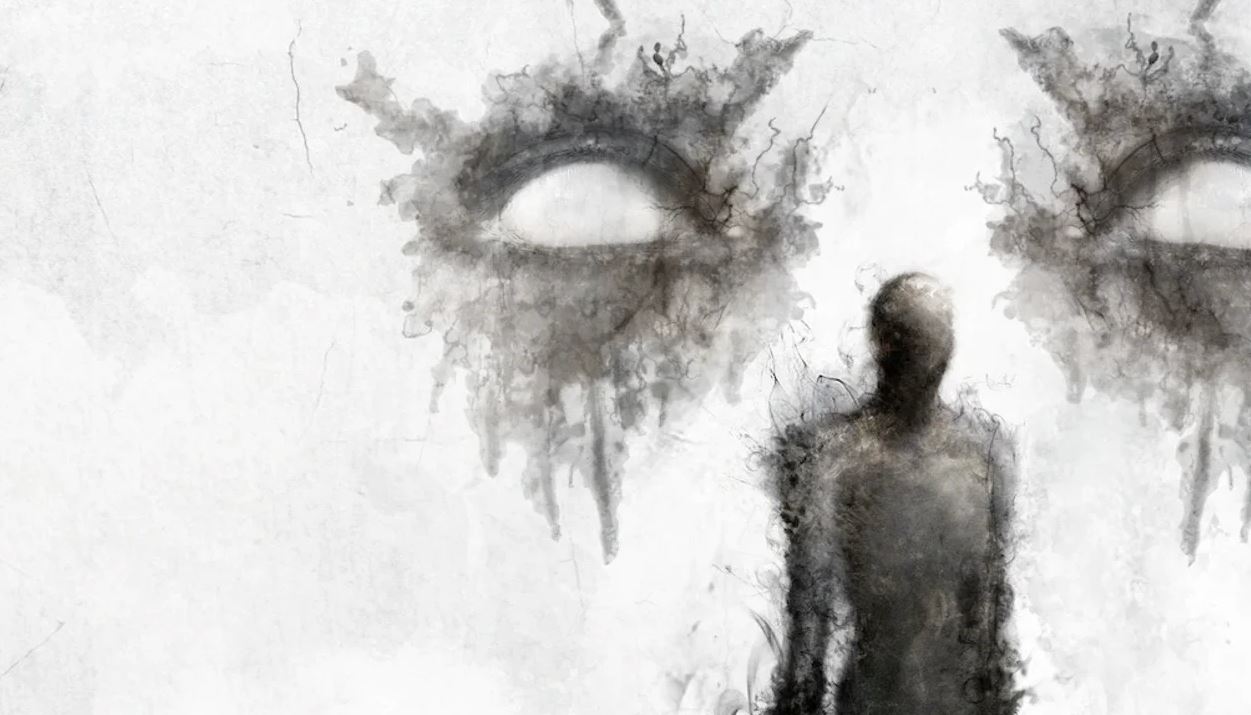 Song of Horror PS4 Review – Horror has been one of my recent pursuits the last couple years. I search for that specific content in all mediums which evoke true dread, suspense and lack of control. Now, not all games have crossed my path, but very few have stirred in me the flight response quite like games did several generations ago. With that in mind, I must share my excitement for Protocol Games‘ Song of Horror, flaws and all.

Acclaimed writer Sebastian T. Husher has gone missing, and his editor sends a do-it-all assistant, Daniel Foyer, to visit Sebastian’s house and find out what he can about the author’s disappearance. From the moment Daniel arrives at Husher’s mansion, everything feels peculiar. The dinner table is set, power is out, the house is empty, and the front door is unlocked. From there, things grow steadily weirder.

Daniel comes across a music box, which plays a song that sticks in his head to insane levels. He starts to hear and see things: doors opening and shutting, footsteps in other rooms, and odd crying behind locked doors. Worse yet, an entity called The Presence makes itself known, popping up at random points. The Husher Mansion now has it in for Daniel. 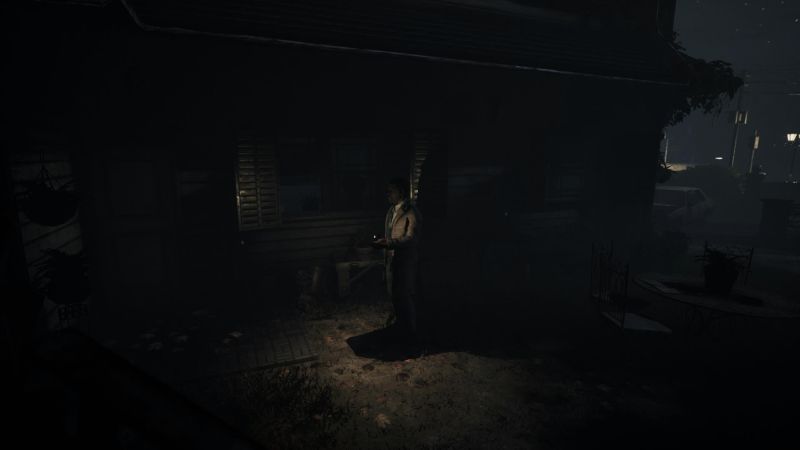 Soon thereafter, Daniel finds himself trapped behind a mysterious, rusty door. Having waited even longer, the editor then sends another person to investigate both Daniel’s and Husher’s disappearances. This is where you’re introduced to the other characters in Song of Horror. More than that, you’re given the choice of who to take to the horror house.

Each of the five chapters has a different set of characters to choose from. Most chapters have characters in common, but a few characters are specific to certain chapters. The narrative itself doesn’t change depending on the character you choose. Instead, the different characters act as more like lives that you have before it’s game over.

That comparison isn’t the best either because each character has their own little developments and circumstances. Either way, the outcome of the story stays the same no matter who you use. 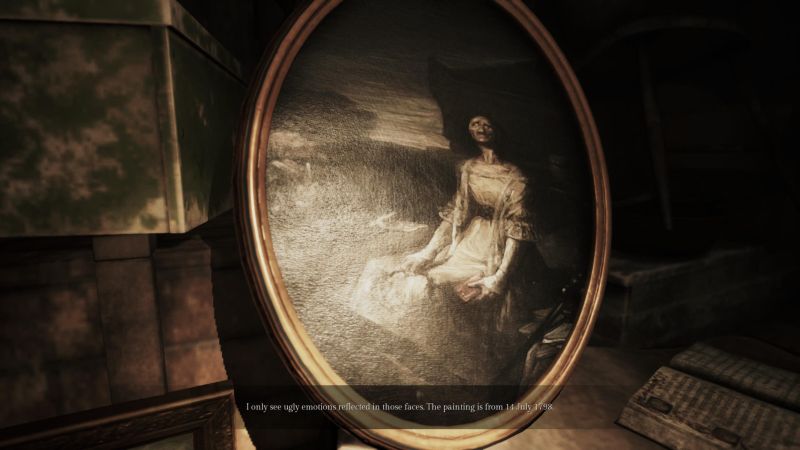 Each chapter has a new setting, and each setting has what I would call a local character to that setting, or someone who is more familiar with that setting than the others. Playing with that character in their familiar chapter gives you more insight into the character and the space you occupy. This aspect makes repeat playthroughs interesting enough to do simply because each unique character will have different ways of interacting with the environments. Granted, these are more tidbits of character development versus much substantial content, but it’s not the only thing that makes future playthroughs worth the while.

The entity that haunts you throughout the game, The Presence, only has a handful of fixed events. The rest result from how you play. The Presence has its own AI built into the game, and it constantly adapts its behavior to your actions. If you run, it’ll find you more often and with more unique methods.

If you remain quiet, you’ll avoid many attacks from the Presence. Character movement is slow when walking, but you quickly learn that that pace is more efficient than running and having to hide all the time. When hiding, a mini game, of sorts, starts, and you maintain your breath or your heartbeat in order to keep quiet. These games add to the tension because you see the threat on the screen but you have to pay attention to matching your breath or heartbeat. 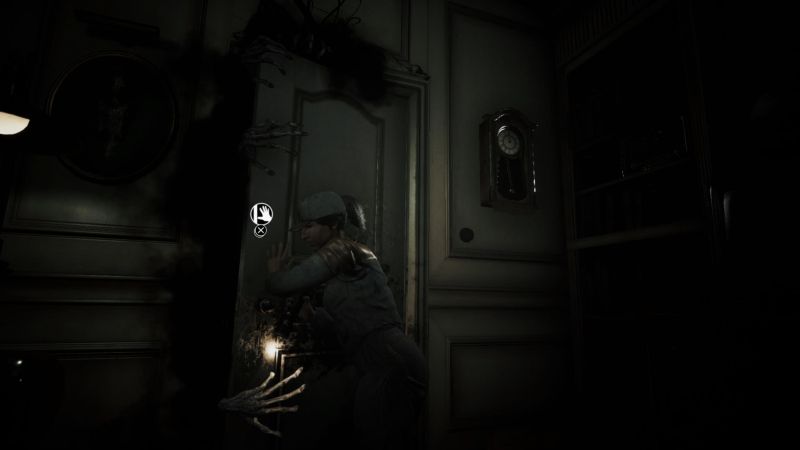 Patience Is A Virtue

Careful navigation is key to survival. To help you with that, many doors give you the prompt to place your ear to it to hear what’s on the other side. Listening stands between you and instant death if you find yourself in the wrong situation. This function remains relevant simply because the listening prompt only appears when you encounter a new door or you sense the Presence is near.

The game demands that you pay attention with your ears, and it makes you struggle with it at the same time. Different flooring makes different sounds, and in empty, quiet venues, your footsteps carry almost all the time. The buildings themselves also make noises, many sounds resembling something monstrous or supernatural. You listen for the Presence at all times, but you have to try and filter through the sounds of the world around you, which adds to the tension nicely.

Even in uneventful stints, the tension of previous encounters stays with you. Silence soon feels like foreshadowing rather than a safe place. Combine this with real time lighting from flashlights in dark places, and you land smack dab in a delectable horror environment. 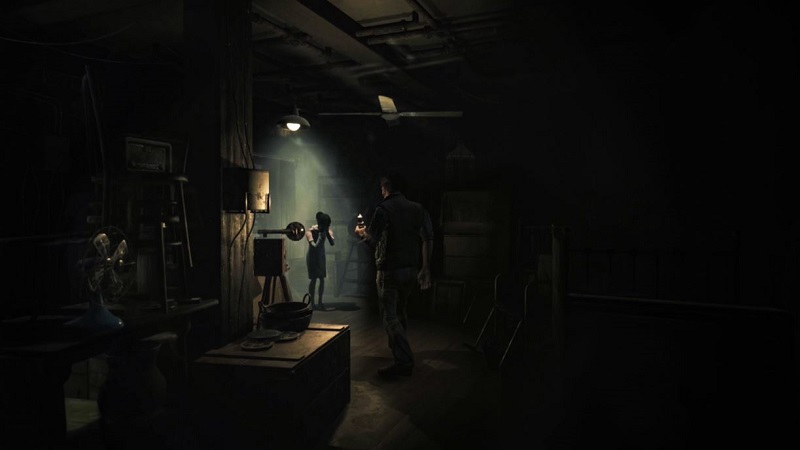 The strengths shines in Song of Horror’s successes. In contrast, its shortcomings also stand out. Character models have thoughtful design, but they lack the level of facial detail to seal the deal. Remember how 3D teeth looked at the beginning of the PS3 generation? Those make an appearance here, with many of the other olden visual problems, and the many close up shots of the characters in distress deject from the scene’s intensity.

All characters make little exasperations as they interact with the environment. This isn’t peculiar in practice, but the sounds come off more like grunts instead of discernable reactions like huh or what? For example, hearing a constant “eh” in the upper register quickly annoys, even if it’s soon forgotten with the next Presence attack. Having each character express themselves brings some variety, but the execution of it lacks refinement.

Voice acting also falls short of what makes the game substantial. All voice actors come across almost cheesy at times, but they hit the mark just as often. Equally so, the writing works well for what the game wants to do. For both of these points, dialogue only appears in high frequency during interludes between chapters, so they rarely overshadow the intriguing gameplay. 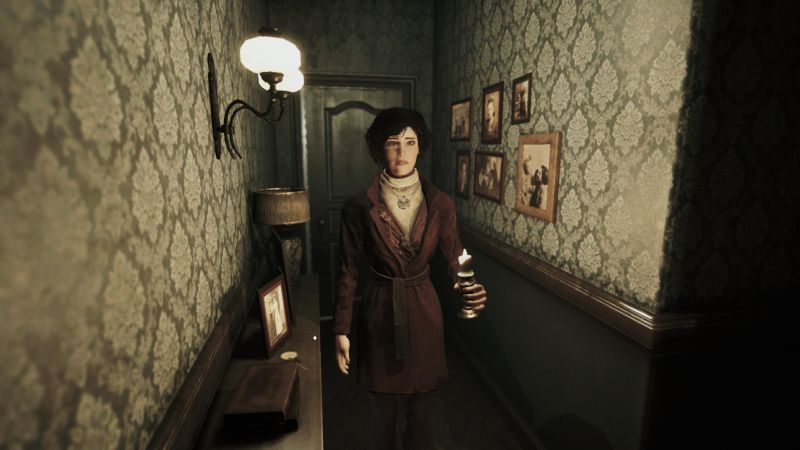 Song of Horror features puzzles directly from the Resident Evil vein, requiring you to find keys and combine items to progress. I suck at puzzles, but the game’s pace combined with the level structures make completing them mostly feel natural. The first couple puzzles are the hardest, which puts a weird imbalance to this aspect of the game. At the same time, exploring ad nauseum will see you find everything you need, even if the effort sometimes feels tedious.

The game length of Song of Horror cemented me firmly on the fence. Each chapter runs anywhere from 1.5 to 3 hours depending on the hang-ups you have with puzzles and avoiding the Presence. Put that across five chapters, and you’re playing a walking horror game that runs for at least 7 hours. That’s a lot of slow paced content.

The places you visit further delve into the overall scenario, with none of the locales feeling bland or mediocre. At the same time, that length of investment sees you slowly recognize the patterns of the Presence, even if the Presence is responding to your actions. The mystery never quite disappears, which adds decadence to the product, but too much sweetness often has consequences. I’ll forever love what this dev team has done here, but I still think the final product should have been shortened for stronger impact. 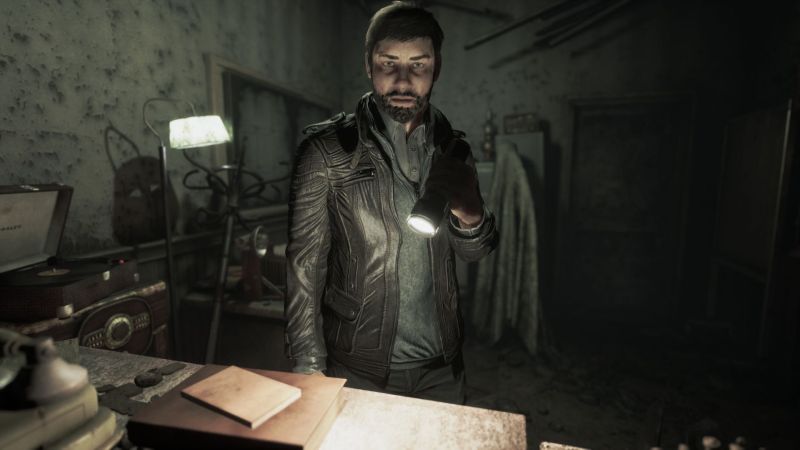 Finally, the controls need some fine tuning. For instance, if you get caught in a narrow corridor, you get hung up on random things around you and have trouble turning. When the camera angle changes, you keep moving in the direction you were going, but if you jiggle the joystick a little, you’ll stop and start walking in a different direction. Thankfully, Song of Horror on PS4 doesn’t have the tank controls that the PC version initially had, but it still has room for improvement.

Song of Horror is not a perfect game by any stretch, but its strengths take the foreground and never give it up. Even with odd looking facial designs, long game time, and scattered quality voice work, the Presence lives up to its name and demands you stay attentive to it. Song of Horror is saturated with the heart of true horror without relying on any gimmicks. I hope Protocol Games makes a healthy profit with Song of Horror because it would be an absolute travesty to see such a thoughtful, creative team fall by the wayside.

Song of Horror is now available on PS4.

Song of Horror is not the perfect return to old school horror, but it makes one hell of an impression. An adaptive adversary combined with fantastic ambience more than outweigh last gen character models, iffy voice work, and lengthy chapters. Protocol Games is onto something here, and horror fans must give it a go.