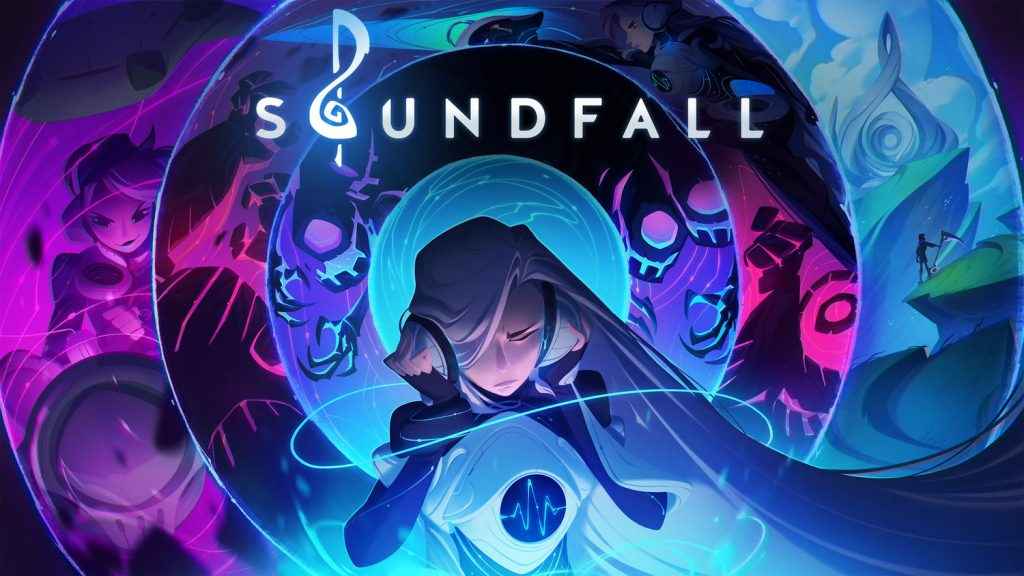 Soundfall PS5 Review – Unique concepts don’t come around too often, especially in this modern gamescape of formulaic development. That’s where indie titles come in. Only a handful of developers attempt to mix musical aspects with gameplay, and not all of them work. However, Drastic Games, developer of Soundfall, melds music with dungeon crawling wonderfully.

Overburdened by her life, main character Melody seeks a reprieve from reality using her headphones. Immediately upon putting them on, she finds herself warped into an unknown world called Symphonia. You quickly learn that an unknown organization called the Discord is already started taking over the land. You were brought here to thwart Discord, dropping you right into the fray from the first beat.

Interestingly enough, the first thing you notice in this music-based game is its visuals. They feature a simplistic, almost cartoony presentation that allows for vivid, hyperbolic animations with vibrant colors. This side of the game serves as an initial burst of charm, but the true strength of the game appears when the music starts. 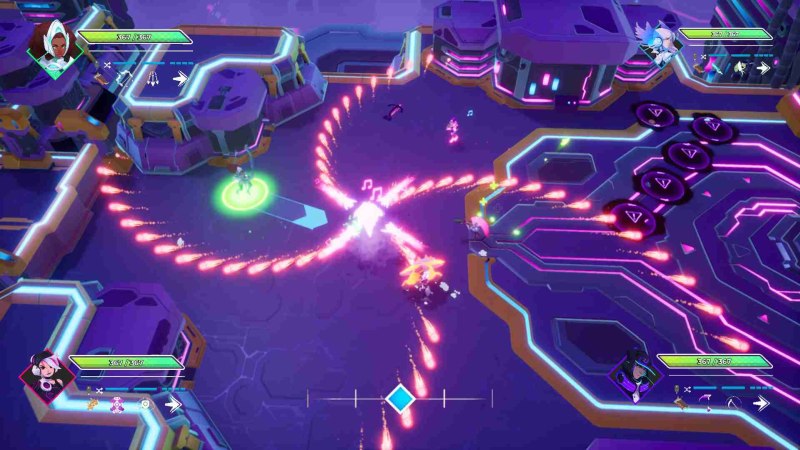 Soundfall’s score took me by surprise in the best way. From the first moments in the first zone, I felt and lived each track–unique tracks, I might add. I’m a pretty reserved queer white guy born and raised in the Midwest, so I naturally don’t do much dancing to music I love listening to.

With this soundtrack, though, I constantly bop and sway and sometimes even flail in response. I once even stopped playing for a while and danced with my cat to the track list.

The Rhythm Of Combat

The music plays a deep role in the game both in sound and in gameplay. Much like rhythm games, each song follows its own beats per minute (bpm), and a metronome sits at the bottom of the screen to help you keep track of the beat. 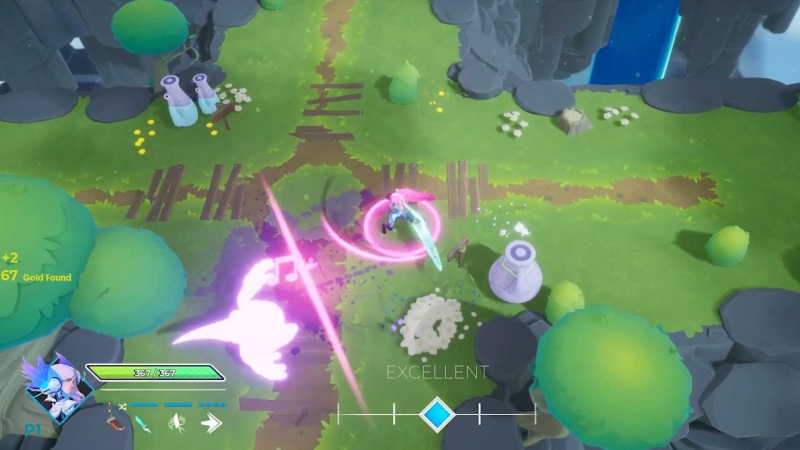 The above description makes the game seem like the kind of challenge only for fans looking for a deep challenge. And, while this definitely presents itself in Soundfall, the game allows the kind of forgiveness to allow anyone to enjoy the experience all the same. In fact, the entire game can be done even if you mess up or have trouble keeping the beat.

Too many missed beats in rapid succession make you reload your weapon, but you can still get to the end and enjoy the journey. Soundfall doesn’t require you to be absolutely perfectly on the beat either. There’s a small buffer space around each beat that counts as on-beat. This level of forgiveness caters to the general player, letting more people experience the shooter / jam session that is Soundfall.

The other aspect of Soundfall comes from its top-down dungeon crawler gameplay style. Controls complement this gameplay, with your attacks and dodge pinned to trigger buttons while you use the joysticks for movement and aiming. Each of the four playable characters you find along the way have their own aesthetics and melee attacks, but they all follow the same combat patterns. 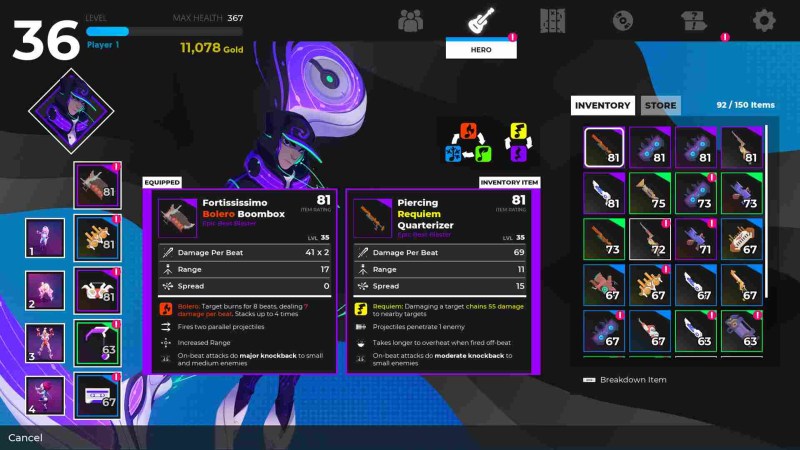 You find different types of weapons as you explore the maps, some in treasure chests and others that drop from bosses. These weapons follow the musical formula as well, with faster weapons using weaker attacks in rapid succession or stronger attacks with built-in delays.

The principle behind the weapons works much like reading music: Slow weapons use one beat per projectile and the faster weapons use four shots to each beat. I played a lot of music in school, and I still remember how to read music well. However, applying that concept to the faster weapons took me far too long to acclimate to.

Even now, after bopping through the game, I still prefer slower weapons over faster ones. The sheer emphasis placed on the beat affects what you do in the game too much to allow you to enjoy the faster weapons without a ton of practice.

Thankfully, the weapon options are there all the time, and the game never forces you to use a weapon you don’t like. I just wish that the entire gamut of weapons were enjoyable in the wonderful concept that Soundfall creates.

Apart from the nitpickings I mentioned along the way, the one topic worth mentioning is the loading times. This is the PS5 version of the game, mind, and Soundfall doesn’t showcase intense graphical fidelity or on-screen elements. Sitting at a loading screen for 20 seconds feels weird in this new generation, but it presents itself often in this game due to short levels and menu hopping.

Jamming to The Beat of A Different Drum

I’ve said it before and I’ll say it again: I love getting blindsided by a cool concept. Soundfall snuck up on me completely with a fantastic combination of gameplay styles that, despite my experience in both genres, just work so well together.

Not all weapons work as well as others in this formula, and loading times take much longer than they should on modern hardware. Either way, Soundfalls does its best Master Exploder impersonation and continually blows my mind.

I cannot overstate how much fun I had with Soundfall. It has a few shortcomings along the way, but absolutely nothing stopped me from jamming out while I shot up baddies. Drastic Games combined two different genres into one engaging and entertaining package. Soundfall is a 2022 sleeper hit!