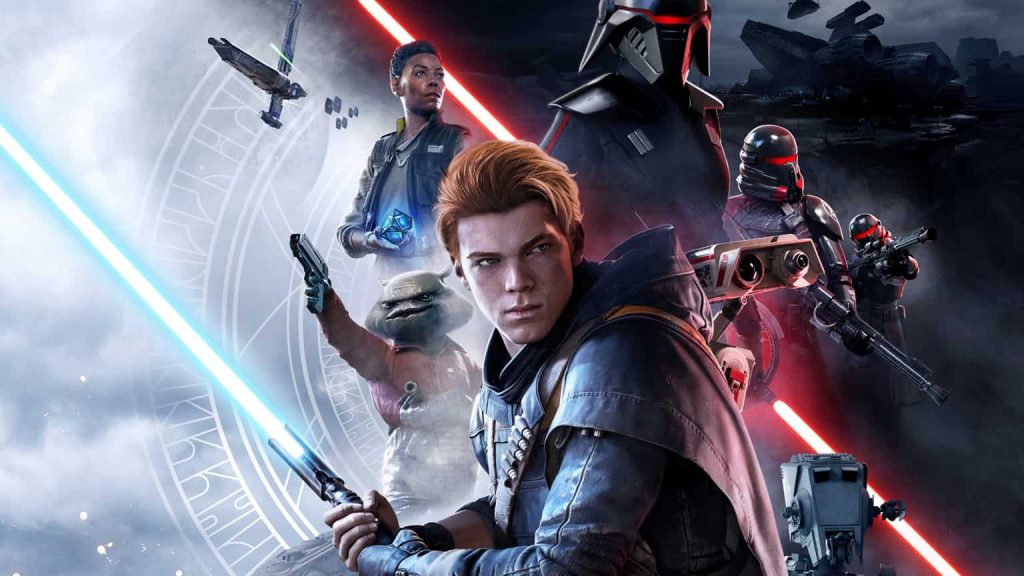 This feels overdue. Though Star Wars: Battlefront II turned out good in the end (though not after a protracted and furious schedule of patching and game-altering changes), it still fell somewhat short of what gamers wanted when it came to playing a Star Wars title on PS4. Along comes Respawn Entertainment then with Star Wars Jedi: Fallen Order, an action-packed third-person adventure that does much to restore the lustre of the IP.

The Best Star Wars Game In A Long Time, Jedi Fallen Order Is A Lovingly Crafted Tapestry Of Influences

As Cal Cestis, a runaway Jedi that managed to escape the Empire’s Order 66 purge of good-natured force wielders, Star Wars Jedi: Fallen Order takes place during a stretch of time that sits between Star Wars Episode III: Revenge of the Sith and Episode IV: A New Hope. After having his seemingly hidden life turned upside down by an unexpected revelation, Cal ends up joining a branch of the resistance as he embarks on a galaxy spanning odyssey that makes him question everything he knows about both his new comrades, and the force itself.

Cestis is a likable sort – effecting the sort of occasionally wide-eyed wonder of A New Hope’s Luke Skywalker whilst also, at turns, presenting a level of world weariness and intensity that belies his youthful form, he grows and matures along a satisfying, if somewhat predictable trajectory. Other high points in the cast include hub ship pilot Greez – a wonderfully emotive Latero who is equal parts amusing and sarcastic, and finally BD-1; Cal’s trusty droid who follows him everywhere and is basically an adorable cross between Wall-E and a small dog.

The story of Star Wars: Jedi Fallen Order is most certainly the sort of yarn that fans of the decades spanning franchise will be familiar with and indeed the opening act is quite something to behold too. A bombastic, spectacle stuffed event that Naughty Dog would be proud of, Jedi Fallen Order taps into its inner Uncharted with an extended tutorial set-piece that has our young hero furiously escaping the Imperial Inquisition as he leaps onto a speeding train with heroic aplomb and climbs, jumps and shimmies his way around the outside of it as parts of the vehicle are generously blown off, often resulting in him hanging onto thin metal rungs with just his fingers.

Star Wars: Uncharted then? Well, it’s not far off. But beyond the sizable, Hollywood esque cues that Jedi Fallen Order takes from Naughty Dog’s iconic franchise, so too does Respawn’s effort in a galaxy far, far away look further afield for other influences.

Chief among these influences are the Dark Souls games from which Jedi Fallen Order not only generously borrows the bedrock of its combat, but also other elements of its wider design DNA too. Combat in Jedi Fallen Order is majorly predicated around melee combat, as one might expect with such influences worn so brazenly on its digital sleeve, the premium placed on evasion, a rigid stamina system, parries and counterattacks all seem warmly familiar – albeit given a Star Wars twist that will delight fans of the franchise.

And it’s this twist which helps to elevate Jedi Fallen Order’s status beyond that of a mere tribute act, too. Once in control of a wider range of Force powers, combat in Jedi Fallen Order becomes ludicrously satisfying as Cal can deflect laser blasts back at his enemies (for as long as his stamina holds out), Force push/pull them off ledges and even force push rockets and other large projectiles back to their sender with hilariously destructive results.

Making combat more fun still is the fact that the enemies which you’ll tangle with often have a mutual dislike for one another. On the Wookie homeworld of Kashyyk for example, Imperial Stormtroopers are much more likely to attack the massive, man-devouring Spiders before they turn their attention to you and this can, in turn, lead to some hilarious encounters where your would-be foes beat the tar out of each other, leaving you to mop up the victor.

Away from the combat, the influence of Dark Souls can be felt elsewhere in the design of Jedi Fallen Order, too. For a start, Jedi Fallen Order has meditation areas (think bonfires) from which you can not only pile precious XP points into three different progression trees but also regenerate your health, stamina, stim packs (think Estus Flasks) and Force reserves. The kicker though, is that if you do elect to rest and regenerate, all the enemies will respawn on the map with the notable (and thankful) exception of the game’s bosses. Sound familiar?

The affinity to From Software’s masterpiece runs deeper yet still, albeit with some subtle deviation. Should you find yourself killed by an enemy, you only need to strike them once to regain your lost XP (think Souls), whereas Dark Souls and its ilk would insist that you kill the foe first before retrieving your loot. In truth, the leverage of Dark Souls well-used systems feel right at home in Jedi Fallen Order, making Respawn’s third-person adventure feel much more robust and skill-based than it perhaps otherwise would.

Rounding out Jedi Fallen Order’s trio of influences is a doff of the cap to Crystal Dynamics Tomb Raider reboot. With a range of non-too challenging physical puzzles inspired by Lara Croft’s latest series of outings and the fact that you spend much of the game rooting around a series of ancient and dusty tombs in the pursuit of forgotten knowledge, it’s fair to say that Jedi Fallen Order lovingly takes a nice chunk of inspiration from contemporary Tomb Raider games.

Dovetailing neatly into Jedi Fallen Order’s veritable cocktail of influences, is the fact that the game also embraces something of Nintendo’s Metroid too – because as you progress through the game you’ll you unlock new abilities, such as a wall-run (this is a Respawn title after all), double jump and more that allow you to access previously unreachable areas.

More than just allowing you to progress further in the story, being able to reach those previously inaccessible spots carries ample incentive, not least because of the numerous, XP giving, force and health boosting secrets that you’ll find, but also because you can uncover special skins and designs for Cal, his lightsabre, BD-1 and even the Mantis ship that he flies around the galaxy on. Likewise, the temptation to explore grows stronger too on account of the fact that BD-1 helpfully fills you in on the lore of each area you walk into, while discovered Force Echoes effectively act as recordings of past events.

A Lack Of Polish In Places Tarnishes The Experience Somewhat

There’s no denying that, for the most part, Star Wars Jedi: Fallen Order is something of an audiovisual tour de force. Powered by Unreal Engine 4 (and not EA’s own Frostbite engine, in a surprising turn), Jedi Fallen Order impresses with a grand replication of the Star Wars universe that encompasses everything from sprawling alien planets, ancient structures and detailed Imperial hardware, all the way through to Cal’s almost balletic combat animations and the minute amount of dirt on a Stormtrooper’s otherwise pristine uniform.

As such, it’s something of a disappointment to discover that Jedi Fallen Order’s otherwise stellar presentation is undercut somewhat by bouts of slowdown and stutter that tend to appear during the busier scenes in the game. It’s not just performance issues either – here and there a few glitches which must also be contended with too, such as the ability tutorial videos glitching out, odd clipping from to time and some wonky climbing animations. Indeed, it’s difficult to shake the feeling that Star Wars: Jedi Fallen Order could have benefited from a month or two of additional development time in order to smooth out these rough edges.

Ultimately though, I laughed, I got excited, I shouted at the screen and I felt like that I was in a proper Star Wars game with heroes that were chasing real stakes and real villains. I can’t remember the last time I experienced that, and in Star Wars Jedi: Fallen Order we not only have a wholly great third person adventure, but genuinely one the best Star Wars games in years. That’s reason enough for celebration, I’d say.

Star Wars Jedi: Fallen Order is out now on PS4, PC and Xbox One.

A thrilling marriage of Uncharted, Dark Souls and Metroid, a few technical hiccups aren't nearly enough to derail the best Star Wars game in years. Rewarded, your patience has been.