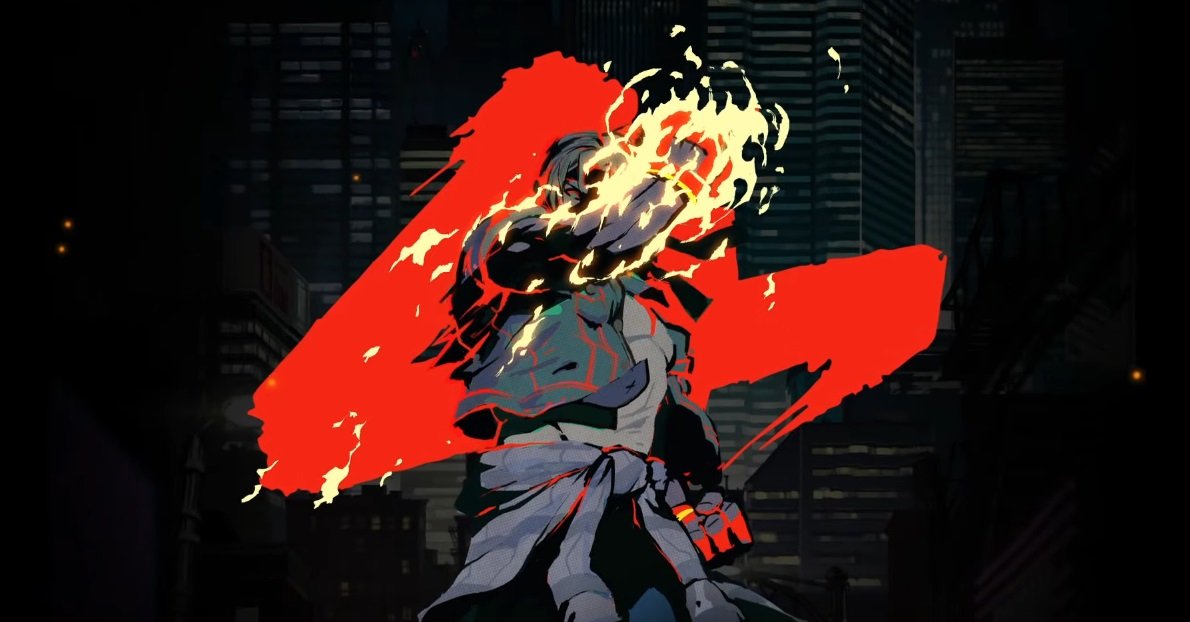 Streets Of Rage 4: Mr. X Nightmare PS4 Review – After a year’s wait following the release of the acclaimed Streets Of Rage 4, a glorious return to one of Sega’s most beloved franchises, the Mr. X Nightmare DLC has dropped for purchase. Not only can we enter the perilous streets with new characters, but a brutal challenge in the new Survival mode.

At a modest price, this DLC from DotEmu, Lizardcube and Guard Crush Games feels like incredible added value. The generosity doesn’t end there though. A free update for all Streets of Rage 4 owners adds new alternate character skins, and a much appreciable Training mode to master your pugilistic craft.

Whereas a few minor blemishes could be nit-picked about the offering of this expanded package, the Mr. X Nightmare DLC undisputedly elevates the already excellent Streets of Rage 4 experience. Indeed, this is certainly the most complete feeling version of the game, and returning players will be more than satisfied to have parted their funds for another bash. You can check out our original review of Streets Of Rage 4 here.

Welcome To The Nightmare

The premise of survival mode is a simulation designed by (unlockable character) Dr. Zan in order to train our heroes for the fight against their adversaries. The nightmare is indeed aptly named. Survival mode takes you through a host of randomly generated stages, ranging from hazardous arenas to the depths of actual hell. With one life to progress as far as you can, the stakes certainly add a delicious tension to experience, whilst being thrown from one danger zone into the next. 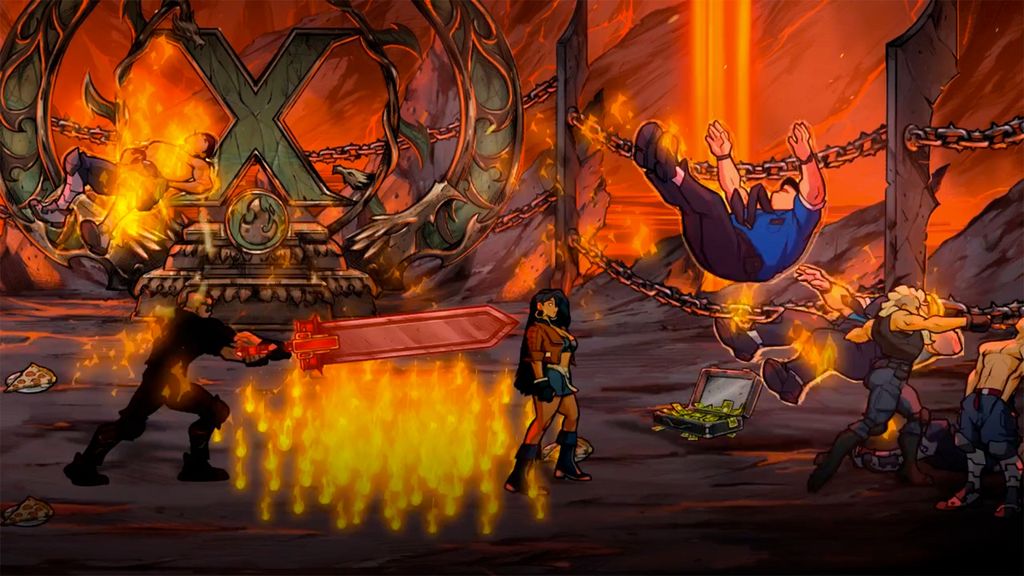 Appropriately, the new environments are accompanied with new tunes from Tee Lopes, of Sonic games soundtrack fame. Streets Of Rage 4 is already renown for its excellent artwork and soundtrack, and the new additions just make it all the more appetizing. Long-time fans of the series have an extra treat in store. In battling through the nightmare, retro stages and enemies are also thrown into the mix for an infectious wave of nostalgia. You will find yourself reliving tense melees of Streets Of Rage 1, 2 and 3 with all the beloved aesthetics behind it.

The new gameplay offered here is a sort of rogue-like twist on the side-scrolling brawler template. Players can choose a weekly set nightmare path, or pick a randomly generated one. Each completed stage rewards you with a choice of power-ups. These can include adding elemental attacks, added damage, golden weapons, or even an extra jump for some extra combo potential. With these you can create a bespoke build of sorts. It makes sense to choose your power-ups based on the characters strengths, and now we’ve got not 3, but 4 added characters in the mix!

Mr. X Nightmare adds the characters you hoped you would be unlockable from progressing in the base game. Reoccurring boss from story mode Estelle is a heavy hitter, with multiple combo options. There’s a satisfying crunch to her dropped heel kicks, and her stun ability makes her incurably versatile. Max Thunder is a welcome upgrade on his Streets Of Rage 2 iteration, adding jump specials that can slam enemies even when they’re downed. 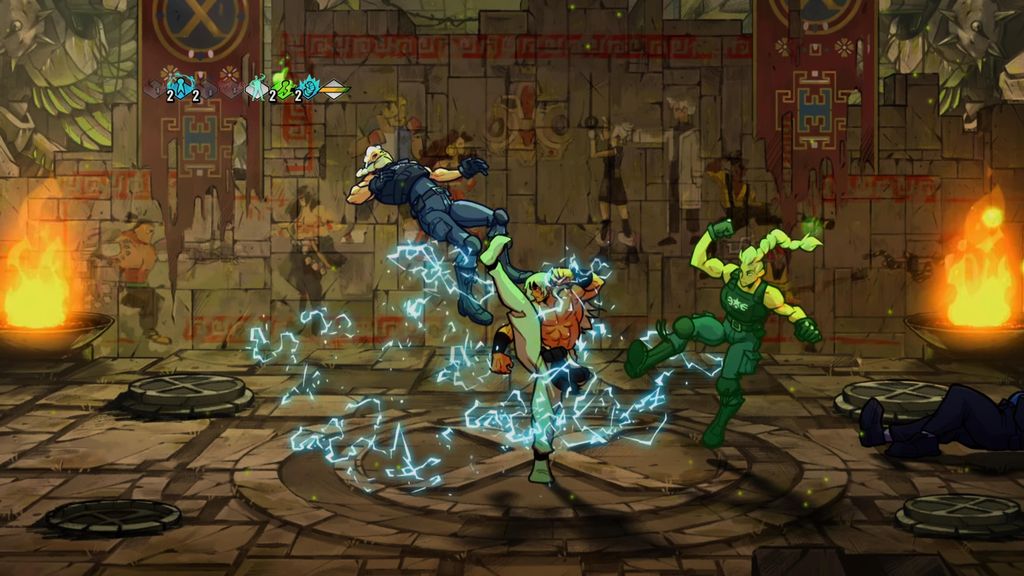 Shiva is a different beast together. The most agile of the main three newcomers, Shiva can easily overwhelm opponents with lightning fast multiple hitting moves, chaining attacks seamlessly. The only downside to Shiva is his inability to pick up weapons, which makes some power ups on survival mode completely redundant. However, you can knock weapons forward, rebound and repeat for a fun way to deal with enemies in a tight spot.

Then there is the surprise new secret character. By holding Up and Square on the main menu will make Roo from Streets Of Rage 3 available for selection. Completing a stage on Story mode will make the battling kangaroo permanently available for selection. Whereas Roo is limited to the Streets of 3 subset of moves, he still manages a unique impact. Roo has multiple hitting attacks that put even Shiva to shame, and an ability to summon an ally, which is extremely useful in survival mode. Unfortunately Roo cannot interact with weapons whatsoever, so a lot of the cool new additions such as bowling balls and swordfish go to waste.

The inclusion of Survival mode and the four new characters really append a lot to the game. In many ways, Streets of Rage 4 now feels complete. Survival mode adds a pure challenge to the title, that can be extremely addictive for those who long for the punishment. However it must be added that sometimes the challenge feels a little uneven. The retro stages can happen at any point, and some retro enemies just seem to react a bit quicker than modern ones. For example, you could get a good beating on a stage like this early on , and the next modern level be easier to tackle, despite the threat level being meant to incrementally increase. 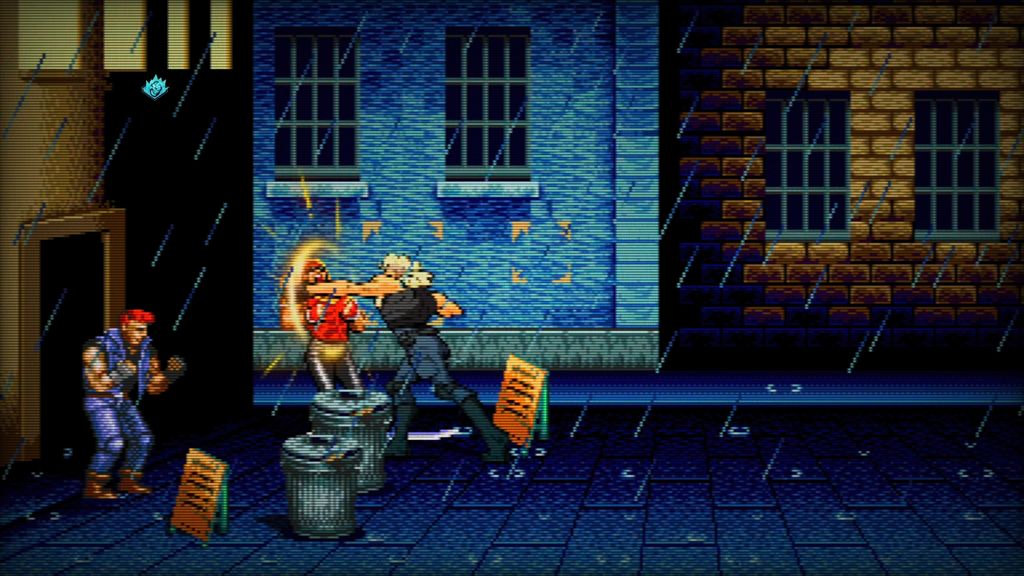 Whereas the nature of retro versus modern stages is a very minor bone to pick, there’s an ever so slightly bigger ache in how the bosses work. Survival is meant to be a randomised challenge, and there’s all the charm that comes with that, but sometimes you can get dealt an overly frustrating hand when it comes to bosses. Bosses occur at regular intervals, but the boss you face can be any of the story mode bosses, or any of the main player characters. It is difficult to say which one is worse.

Clearly the later story mode bosses are more challenging than the earlier ones, and by round 13 you could end up with 3 Mr. Y’s gunning at you in an impossible battle. Worse still is that some of the player character battles that can pop up feel even more difficult that any of the bosses. It is also possible to get a boss battle in a hazard filled stage, where you can let the environment beat the boss for you. In any case, there’s plenty of fun to be had with all these potential scenarios. It’s just a slight shame the difficulty can spike so far as to rob a sense of agency.

For your trials and tribulations in survival mode, you can get a place on an online leaderboard and earn points towards unlocking alternative moves for the main roster. Each of the characters specials and blitz moves can be replaced with a new move. The new moves can potentially contribute to greater combo potential, or even just breath fresh air into a character to make them feel new to play as again. It’s a really nice touch that makes a very replayable game even more replayable. 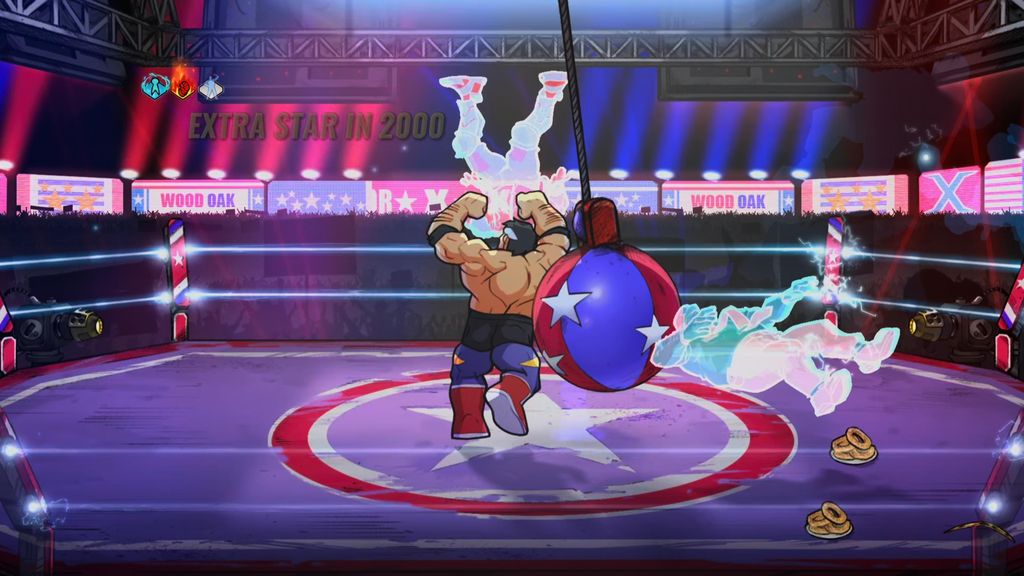 Streets Of Rage 4 Is Now Complete

The Mr. X Nightmare is exactly what a DLC needs to be. It takes all the best elements of the game and multiplies them. Throw in a randomiser and customisation options, and you’ve got a game that smells brand new again. It feels in many ways that the game should always have been like this. However, at the modest pricing, this DLC adds excellent value to Streets of Rage 4 that we can only be grateful for.

The random elements of Survival mode can be a tough chew at times, but it’s never dull. Played the way a Streets Of Rage should be played, with a friend in co-op, you’ll be laughing at the impossible situations rather than crying. A stellar game just became all the more stellar, and fans will not want to miss out on this content for an exciting return to the Streets Of Rage.

With new characters, items, game modes and customisation options, the Mr. X Nightmare has made Streets Of Rage 4 feel like a brand new game again. Survival mode is one hell of a random trip that you'll be going another round at again and again. The new characters are exactly what you would want them to be, but the options for customising move sets and aesthetics mean that you can tailor your fighting preferences even further. The randomness in survival mode can be hard to take at times, but it's never swallowed without a smile. The Mr.X Nightmare is outstanding fun all the way, and the best sidescrolling brawler in town just got even better.