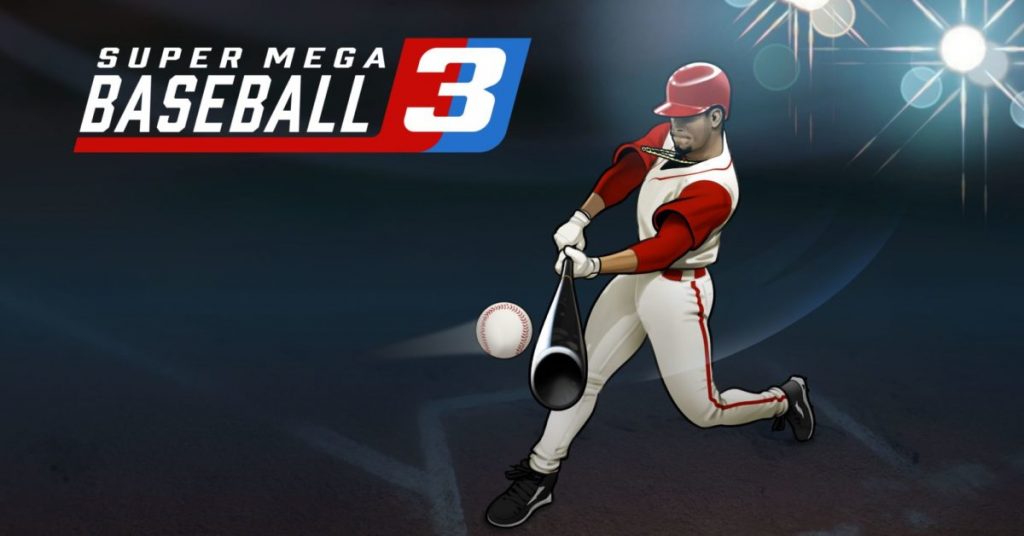 Not Quite a True Baseball Sim, But That’s Not Necessarily a Bad Thing

If you’re unfamiliar with the Super Mega Baseball franchise, it bills itself as a baseball simulator despite the stylized graphics. I would, however, argue it’s more of a balancing act that blends some simulation-style gameplay mechanics with some arcade-style gameplay mechanics. The result is a fast-paced, highly accessible baseball title that’s loads of fun play.

This balancing act of gameplay styles and mechanics is apparent throughout most of the game, from base running to fielding. For example, balls and players travel faster than you would expect them to and homeruns seam fairly easy to hit (especially once you get the hang of power swing), yet many other aspects of the physics engine feel much more rooted in the real-world.

The Super Mega Baseball franchise lacks the official licensing of any real teams or leagues but makes up for by eschewing photorealistic player models and the likenesses of Aaron Judge or Yasiel Puig with whimsical representations of players that can only be described as caricature-like. Speaking of whimsical, Super Mega Baseball 3displays a charming sense of humor throughout every aspect of itself from the clever player names like Hammer Longballo or Kat Stanza which is abbreviated as K. Stanza (of Seinfeld fame), to the hilarity that ensues upon knocking out a pitcher should you fire a line-drive back at the mound just right.

If you’re looking to enjoy some fun baseball with friends, Super Mega Baseball 3 has you covered in spades. Game modes include Exhibition, Pennant Race, Franchise, Season and Elimination.

One of the things that makes Super Mega Baseball 3 so special is that you can virtually every game mode with at least one friend via online parties or local play. You can even play you Franchise or Season with friends. Cool stuff!

Batting in Super Mega Baseball 3is fairly similar to other baseball titles, with an aiming reticle that represents the center and outer-reaches of your mighty bat but finds ways to buck some of the normal trends. Consider this for example, a normal swing is performed by pressing the x button as the ball comes within range. Typical stuff. Power swings however, are in initiated by pressing and holding the square button to charge up your swing, then releasing it the moment you want to swing. Holding the square button too long will max out your power causing your batter to take the pitch without swinging. Interesting.

Pitching is also a unique charm to it as well. Upon choosing a pitch with the right analog stick, you place an aiming reticle where you’d like to throw the ball. You then initiate the pitch by pressing and holding X, which causes a larger, second reticle to appear which you must quickly align with the first reticle as it rapidly shrinks to nearly the size of the first reticle. Successfully placing the smaller reticle within the larger one executes a great pitch that’s on target.

Fielding and baserunning is nearly identical what you’d expect from other baseball titles like MLB The Show 20. While controlling a fielder, R1 will cause them to jump, whilst R2 will cause the player to dive for the ball. Baserunning is also similar with X, Square, Triangle, and Circle buttons representing the first, second, third, and home.

One of the most exciting features is the all-new franchise mode which has been fleshed out significantly. For starters the mode now mimics the effects of aging; young players will improve quickly, while aging players nearing the end of their careers, will begin to decline.

Super Mega Baseball 3 Manages To Hit A Triple, But On A Fielder’s Error

The game suffers from a few bugs, but the game is generally pretty polished and the day one patch should go along way to further buff out a few more blemishes. For example, when returning to the game from a suspended state, I get a DNS Server error message despite my console clearly having an active connection to the PSN servers.

I’m fairly certain the message is a bug, but it is important to note I could not try out the online features because not only did I not have another friend with an advanced copy of the game to try it with, but Pennant Race matchmaking failed to find other players which could simply be due to the fact very few players would have the game at the time of this writing.

Super Mega Baseball 3 is out now for PS4, PC, Switch and Xbox One.

Super Mega Baseball 3 is charming semi-arcade style fun that sporting fans in general can enjoy without the seemingly prerequisite affinity for the game of baseball. It’s accessible, fast-paced, whimsical, and a smash for playing with friends at home or online. A few bugs keep it from being a homerun, but a patch a two could easily tally an RBI.