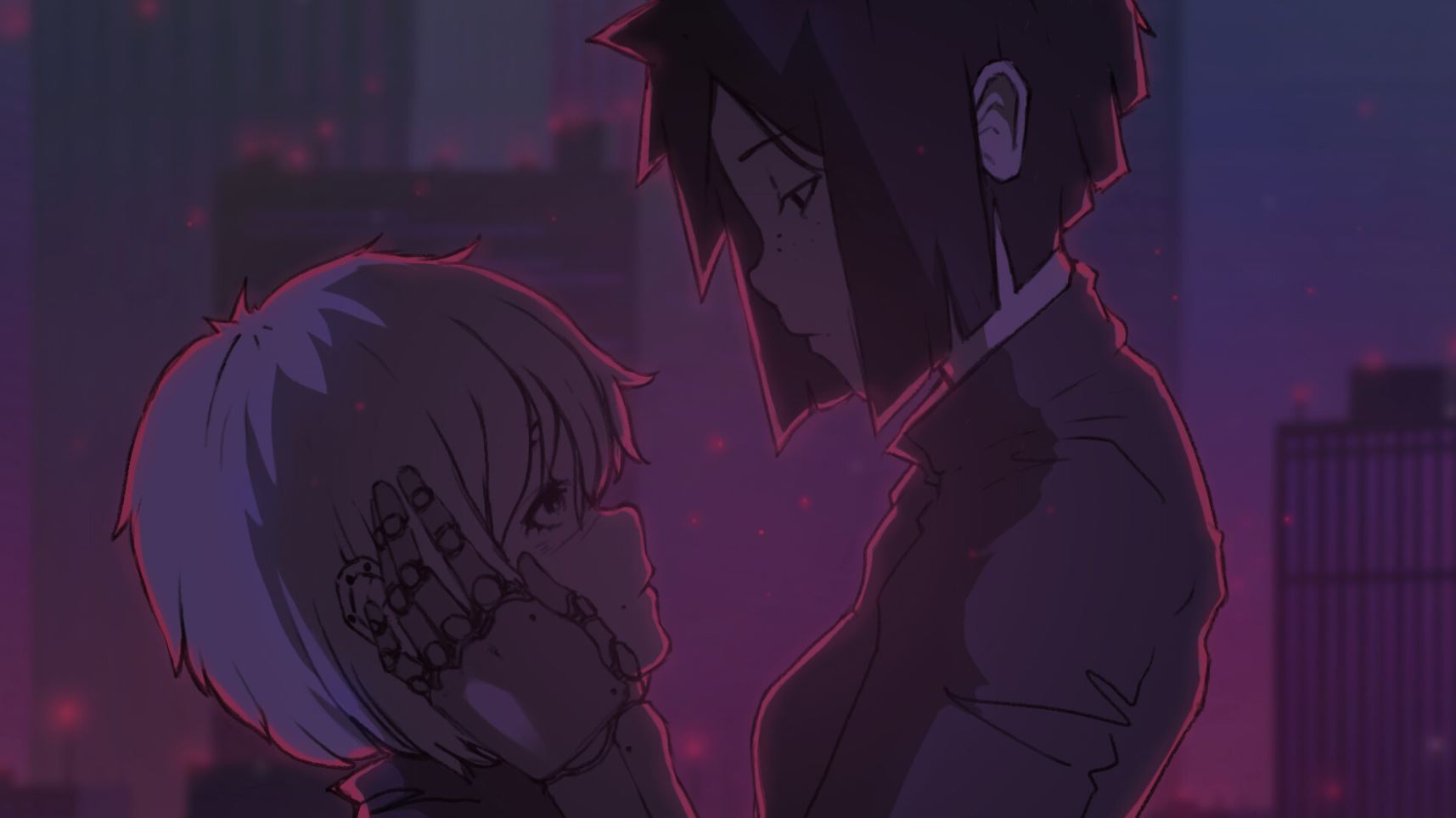 Synergia PS4 Review – In all my years of gaming, the one genre that has interested me the least is visual novels. Looking back, I find this odd, as I’m an avid reader and an English major. With that in mind, I always get excited when a visual novels that spark my interest comes along, such as VA-11 HALL-A.

Then Synergia showed up. With its headline being “At the end of the world, sometimes love is the ultimate crime,” I was intrigued. Now having finished it, Synergia is a heartfelt project created by a small group of people, where the touching moments shine through the handful of issues.

Love At The End Of The World

Set in the long-distant future, you play as a woman named Cila. Cila is a young but hardened cop who empathizes with androids and cyborgs. She herself is a cyborg, but her augmentation is limited to her left arm. This gives her immense advantages in her line of work, granting her the necessary defences against androids that have gone awry in the city.

The beginning of the game finds Cila in a deep lull. She once held great acclaim in the world as an advocate for android and cyborg rights. Years ago, she began the practice of apprehending malfunctioning androids by simply deactivating them instead of destroying them. Now, she goes to a job that disregards her, despite her former importance to society.

Not long into the experience, Cila is gifted a brand new android to replace her defective one. This new android is quite a bit different from all of the other androids Cila has encountered. Named Mara, the android thwarts all test attempts Cila throws at her, including the Turing Test, which is used to determine if artificial intelligence is able to think like a human.

The world itself is left somewhat vague instead focusing on Cila’s perspective and the surrounding circumstances. This plays well into the overall narrative because Synergia slowly spoonfeeds little titbits of subtext to you as the story unfolds. I tend to grow bored with sci-fi and fantasy stories oftentimes because they spend too much time focusing on the world-building and not the people in it. Synergia does not make that mistake, and I love it for that.

Like most other visual novels, Synergia plays out through the use of written word enhanced by the occasional changing background and character images. To strengthen its resolve, Synergia also has an absolutely phenomenal soundtrack. The tracklist is filled with wonderful synthpop songs that are expertly crafted to coincide with the story. When the situation requires melancholy or excitement, the associated track does the trick to evoke the necessary response every time. 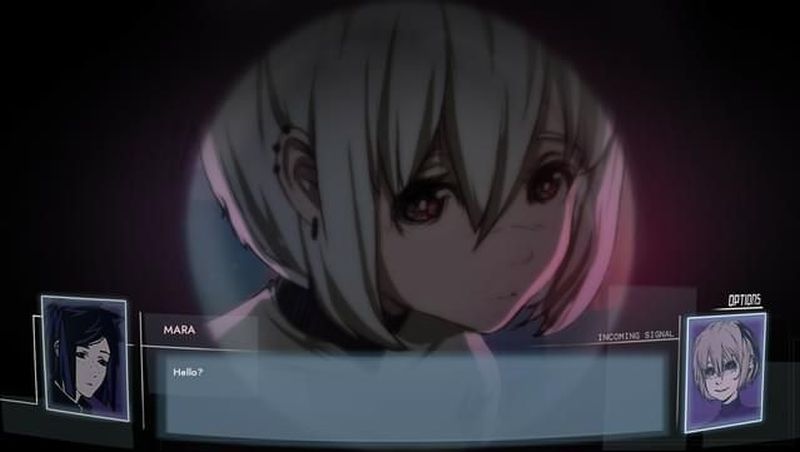 At The Heart Of It

The visual style here intrigued me when I first came across it a few months ago. Synergia is visually presented in a detailed but rather loose penmanship. The artistry is far from realism, but it still evokes an appreciable style all its own. A unique style, in my opinion, makes interpreting the artist’s intentions much easier. Emotions and characterization can be more easily emphasized than they can be with a style that is purely realistic.

The core strength that Synergia has across the board is the amount of time put into the relationship between Cila and Mara. These two characters compliment each other well and the writers dedicate plenty of time to their bond, allowing it to blossom over the course of the game. Character-driven stories are the kind that will stay in people’s mind, and Synergia makes sure to stick to this mantra.

At the same time, other parts of the story do not receive the same level of attention. In particular, Synergia feels rushed when moving from plot point to plot point. Several points see the plot quickly jumping from one location to the next with little detail. This keeps the character-centric plot moving, but it oftentimes glazes over important topics that I feel should have gotten more attention.

When I finished the game for the first time, I was surprised to find that the game has two endings. The narrative split occurs in the middle of the game at one of the few spots in the story where you must make a decision. Of the four different decisions you come across, the only one that makes a significant narrative difference is this singular moment.

The two outcomes are very different from each other, and seeing both of them won’t take more than a couple of hours.

As a result of this choice a key event takes place in the world one way or another. However, which story you see determines your involvement in that key event. You’re either involved or you’re not. Seeing the other makes you look at the first story you saw and think just how different the perspectives are from each other. 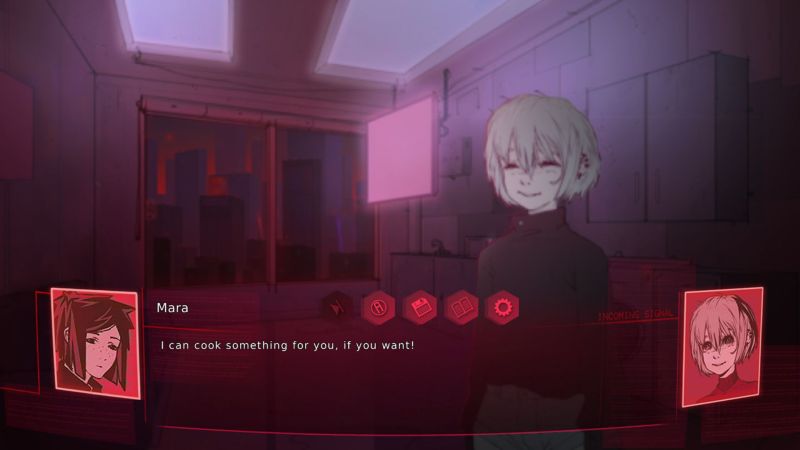 After completing the two endings, you finish the game with an epilogue. This serves more as a backstory to the current overall scenario than anything else. While it’s nice to know what brought about the key event alluded to above, it didn’t give me that same kind of fulfilling story that the rest of the game did. In fact, Cila isn’t even involved in the epilogue. So, all of that built-up subtext and context is forgotten for the epilogue.

The final points I need to make relate to the HUD and the issues it can create. The five on-screen buttons above the text boxes allow you to advance the story, auto-advance, save, load, and access the game’s few settings. With these being above the text, they often cover up significant sections of the art on display. Several times, these buttons hid aspects of the characters that were important, like a sick character lying in bed. Most of the time, the button placement is fine, but having it at the bottom of the screen would have benefitted the complete package.

The other HUD issue comes when having to make decisions. The cursor that moves between choices takes extra time to interpret. Instead of highlighting the correct choice, the borders of the cursor go dark. When compared to most other games, this contradicts the standard that the highlighted choice is the one you have selected. Once you’re used to it, it’s workable, but I still find myself having to think about which option I actually have selected before I click it. 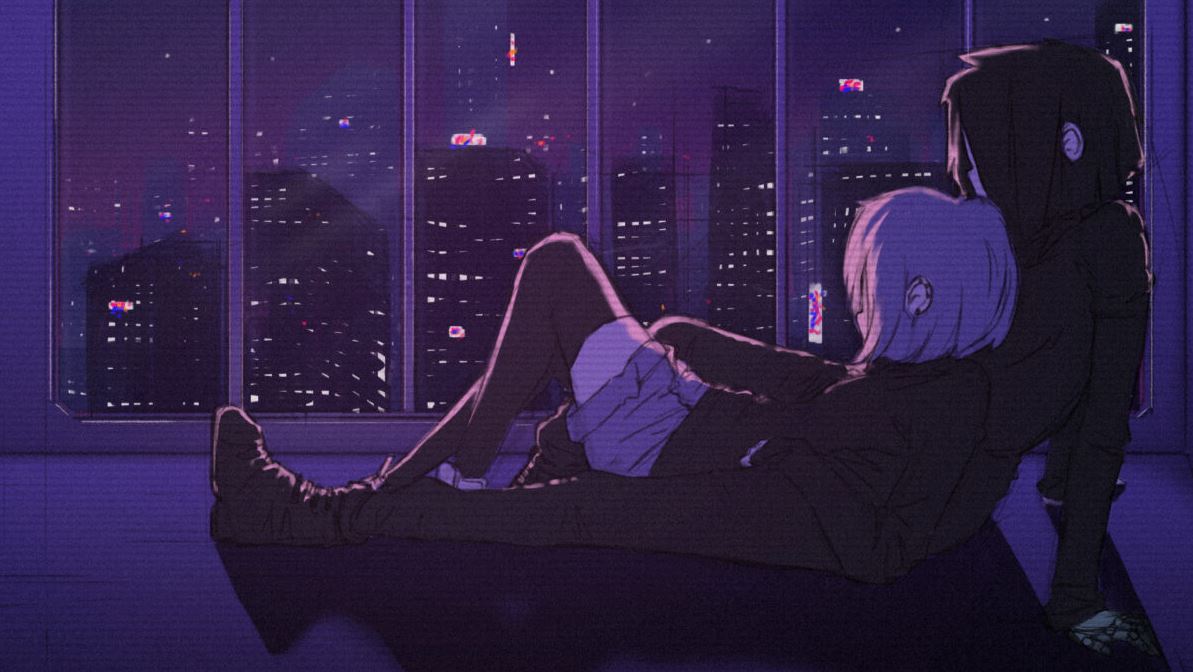 The Beauty Of An Artificial Heart

Synergia is a flawed but heartfelt visual novel. It’s the kind of project that showcases what a small team is capable of creating, offering up a beautiful story of two entities that want to be together and finding the means to do so. Narrative movement isn’t always streamlined, and the HUD could use some more thought, but the package itself is solid. Despite the “by the way” nature of the epilogue, Synergia is a story that any visual novel or cyberpunk enthusiast must experience.

Synergia is available now on PS4 and is playable on PS5 via backwards compatibility.

Synergia is the product of a small team wanting to create something important. The story between Cila and Mara is heartfelt and worthwhile, leaving you wanting more in the best way. Despite the few HUD issues and occasional glanced-over narrative point, Synergia has the heart and soul worthy of a great visual novel.