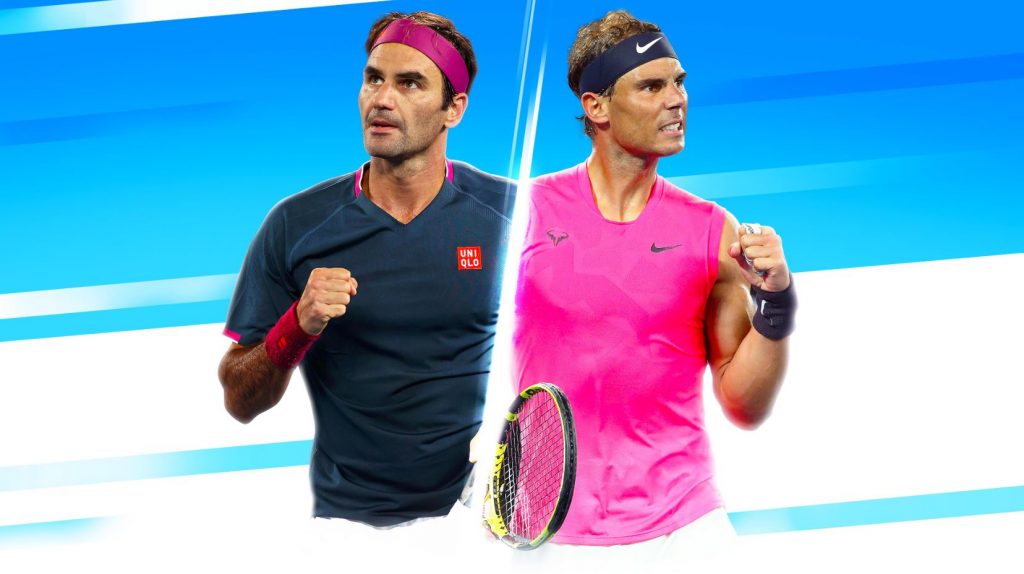 I’m confused. Nacon is the publishers behind both of the tennis series on PS4 – the risible Tennis World Tour and the more competent AO Tennis. Slightly strange considering both titles are pitching for the same audience. The first AO Tennis was patched out of mediocrity by developer, Big Ant Studios, who then delivered a far superior sequel in 2020. Meanwhile, Nacon booted out Breakpoint who had fluffed the original Tennis World Tour. So, who could produce a follow up to Tennis World Tour? Nacon decided that the best developer to produce a rival sequel to their own game was the developer of the rival game AO Tennis 2, namely Big Ant Studios.

It’s mighty strange to think that one of the most popular sports in the world has only appeared on the most popular console in the world three times before, courtesy of Nacon on all counts. Back in the day, PS3 owners were spoilt for choice with the immense Top Spin 4 going up against the equally superb but more arcade-styled Virtua Tennis 4. And these games are both superior to anything since, which poses the questions where the hell have 2K Czech and Sega been for the last nine years, and have Big Ant managed to polish the turd that was Tennis World Tour?

Well, Tennis World Tour 2 is conspicuous in its absence from Big Ant’s website which doesn’t bode well. The character creation tool when you start the career also does not bode well. Neither the option to create a monster nor the option to model anything which resembles a top player or yourself is present. Merely a meagre selection of last-gen photofits with tweakable chins and noses. Absolutely no fun whatsoever and whatever bland lump you choose, you are forced to wear a hideous 80s style mosaic t-shirt for umpteen games until you level up and can buy something slightly less ugly.

After that, you’re thrown into the deep end (surely the career could have guided me through the training first?!) with a tournament match against another newbie player. The first thing that struck me was just how long I had to wait while the CPU opponent bounced the ball before each serve. It was almost like he was mocking me by doing it for that much longer. After the bouncing, he served and faulted. I waited again. He served and faulted. Oh well. Perhaps the next serve will be better? More bouncing of the ball. The tension was negligible. He served and I finally attempted a shot which was “Too late” and sailed off the side of the court. The rest of the game was equally dismal so I quit to the main menu in disbelief at how little had been learned from classic tennis titles of yore and how incredibly irritating this game appeared.

The Coach Without A Face And Civil Service

I put down the controller and decided to come back later once I had stopped despairing. When I returned, I decided to find the tutorials and work out how to play as well as possible when I was finally allowed to take a shot, as clearly the career mode wouldn’t give me the opportunity to learn by simply playing.

The tutorials are simplistic yet uninformative hosted by a faceless coach who trots out the same bland congratulatory line every time. Each short lesson is bookended by a slightly overlong loading screen to add to the tedium. Still, at least I had a vague idea of how I was supposed to play the game.

The service technique involves two-timing presses of the chosen shot button which works well and is tricky enough to feel satisfying. Return shots can be played safe with a tap, or built up with power which involves anticipation in order to time the strike perfectly. A good system in theory. R1 and square combined enables drop shots, the Circle button for topspin, Triangle for a lob and the Cross button is a straight shot without spin.

Back in the career mode, the gameplay was marginally less turgid, but each game still involved little in the way of flowing rallies. Unforced errors were the name of the game, with little discernible difference between “too early” and “too late” and even playing safe, directing the shots led to a call of “Out!” before too long. Deeply unsatisfying and imbibing the player with little sense of control over the course of the rallies.

The trajectory of your career is also non-existent, merely an endless slog through various non-descript tournaments, exhibition matches, and charity matches, peppered with options to rest, do promotion for advertising, and hiring and firing managers, trainers and agents. It’s all so paper-thin, levelling up hardly seems worth the time.

Outside of the career, playing an exhibition match with Nadal or Federer produces a more flowing sense of actual tennis, suggesting that anyone who perseveres with the career mode will eventually be rewarded with better gameplay. But it really isn’t worth the bother, particularly as it’s impossible to create someone truly individual or original to play with. There will be far too many hours of dire matches to follow before things get mildly interesting.

Skill cards playable before service which boost your stats (or reduce your opponents) are an attempt to throw in something interesting, but they’re all so arbitrary in how they affect the gameplay, I ended up ignoring them as the pointless distraction that they are.

No Troubles With Doubles

The sketchy gameplay is more tolerable in doubles matches, which relies more on reaction times than pinpoint button presses and often the matches were quite exhilarating, which suggests that perhaps the game only works well as a couch multiplayer game or, providing the servers are eventually populated, for online doubles matches.

On the upside, the player animation is realistic and convincing, and the audience is animated and lively enough to conjure some sense of occasion in the mainly fictitious arenas. John McEnroe’s commentary has been ditched from the previous game, leaving mainly silent match build-ups which pail in comparison to AO Tennis’ atmospheric events. In fact, it’s hard to believe that the same development team was behind both games.

No Reason To Buy

Unfortunately, the main issue with Tennis World Tour 2 is there’s never much feeling of honing your playing style as there was in Top Spin, as the control system is lacking nuance and depth and never feels satisfying even after mastering the painfully specific shot timing. As a result, the matches feel stilted and completely lacking in all of the facets which made the best tennis games from the last generation so enjoyable.

One gets the feeling that Big Ant was brought on board to try and salvage something presentable at the last minute as the game isn’t significantly different from the previous release. Which is bad news as there’s really no reason that anyone should buy this game over AO Tennis 2. Why this has even been commissioned is a mystery, unless Nacon has already paid for the licenced players in advance, or it’s a tax write off. Or both.

Either way, don’t bother with this and treat yourself to a PS3 on eBay and a second-hand copy of Top Spin 4. Or grab AO Tennis 2 once the price comes down.

Tennis World Tour 2 is out now on PS4.

A highly unsatisfying and directionless tennis game, with an abysmal character creator and career mode. Steer well clear and buy AO Tennis 2, bizarrely made by the exact same team responsible for this monstrosity.