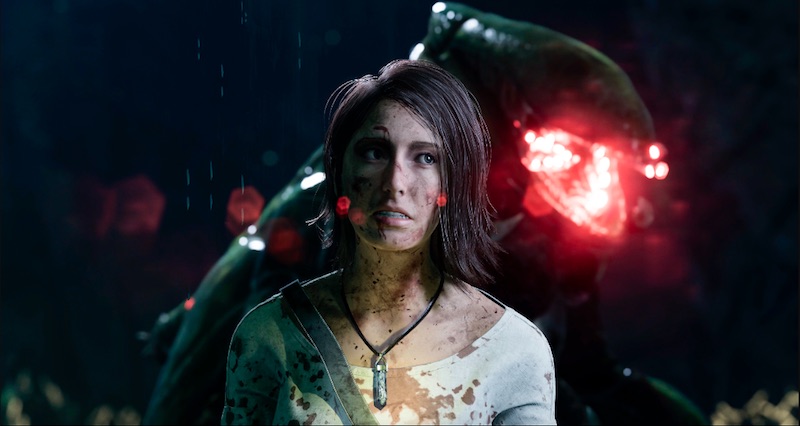 The Chant Review (PS5) – Ever since I saw Midsomer, I’ve been looking for something to fill that void in my consumption of horror content. I can say the same thing about Hereditary, but that’s a separate conversation.

When I first saw The Chant, I envisioned something imperfect but full of potential. What I got was exactly that but with some great things I didn’t expect.

Dated Presentation With Lots of Appeal 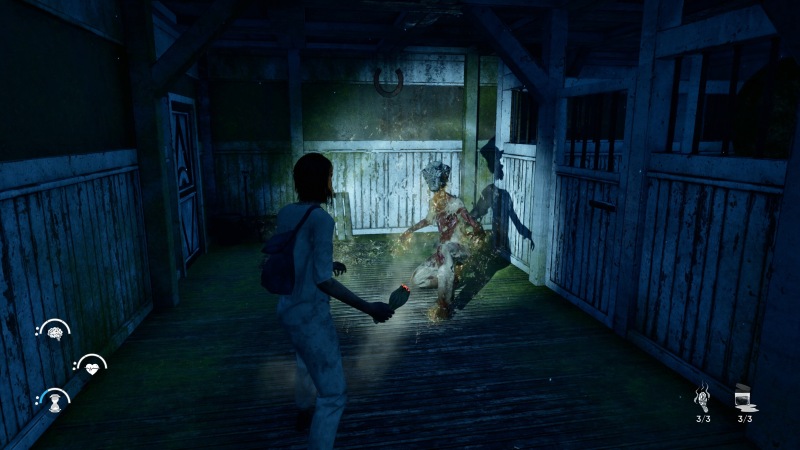 You play as Jess, who accepts an invite from her friend, Kim, to join a spiritual retreat on a remote island.

However, shortly after beginning a group chant, the world around you goes dark, creatures start appearing, and the mannerisms of your retreat companions quickly change. You must find a way to complete the chant and end the strange phenomena on the island.

While the narrative itself isn’t groundbreaking, what makes it feel genuine are the performances, especially by Siobhan William, who plays Jess.

She simply has a way of delivering the correct energy to each scenario. 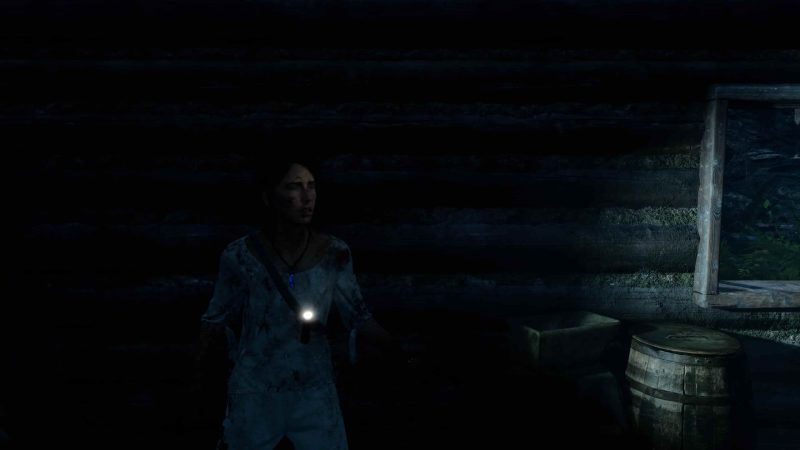 The supporting cast does a good job as well, for the most part, with the smaller roles suffering the most.

Thankfully, those characters truly feel like accessories to the story rather than intrinsic aspects of it, so they don’t appear more often than needed.

In terms of visuals, The Chant puts a respectable deal of detail into every scene and character. 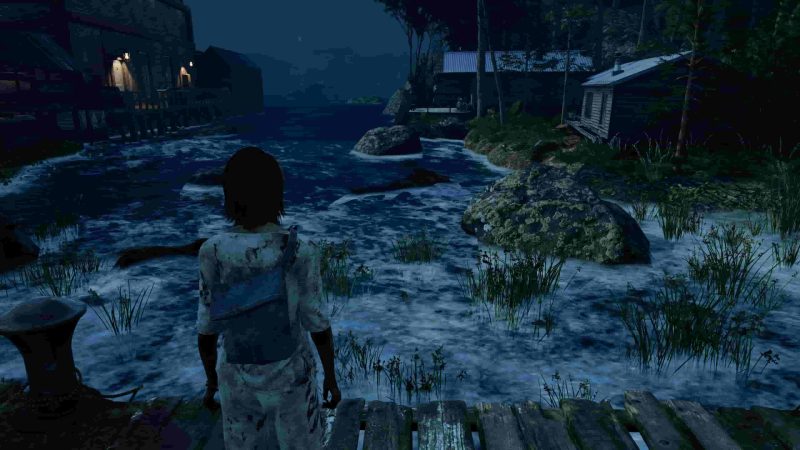 However, the game as a whole lacks the kind of refinement to make the final product truly shine. At the same time, enemy design is off the charts.

Most of the monsters you encounter look like warped versions of actual animals or deformed people who took on features from local flora or fauna.

Even with the obvious limited budget in The Chant, the enemy design far exceeds what you find in most high-profile games out there. Even their sounds feel both appropriate and uncomfortable.

The one example that stands out to me is the sound made by a human enemy with a horse skull, combining a battle cry with neighs. 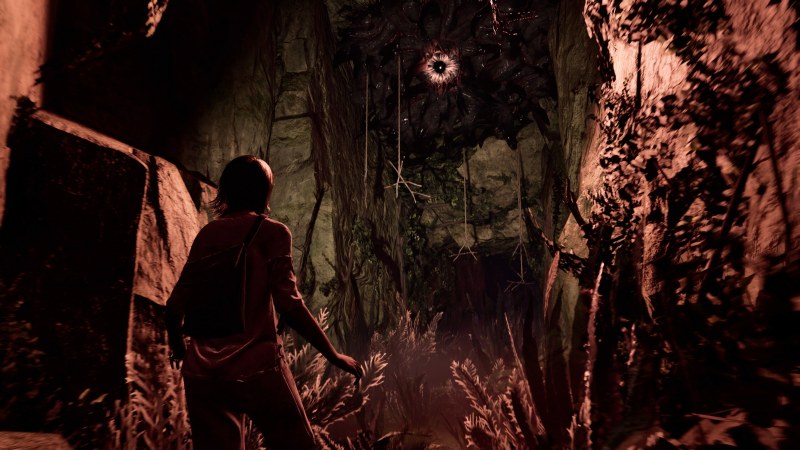 The Chant is essentially a linear game with the occasional small area for exploration.

You unlock shortcuts and combine items, much like what games in the survival horror genre.

For better or worse, finding items needed to progress takes little effort. For me, this helps keep the game moving forward, but it does lose that need for deeper focus on what you do and where things are on the map.

The big negative to this side of The Chant is that most of the paths you take are far too long. 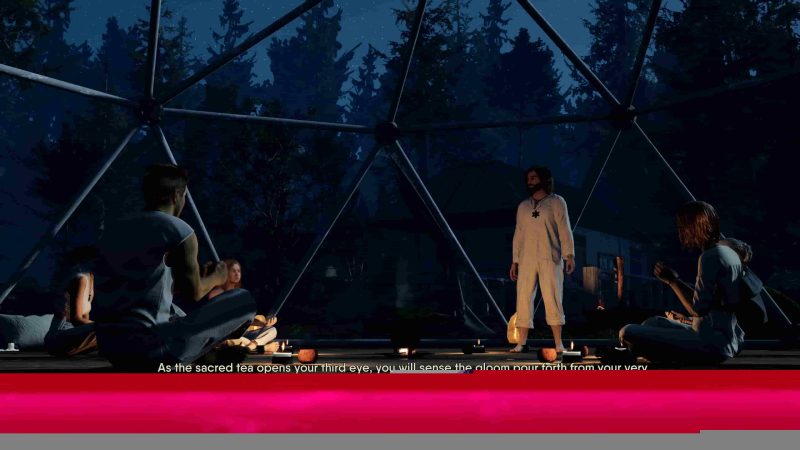 Most of the routes you take see you trekking through uneventful spaces of time, and it feels doubly frustrating later on as you need to backtrack.

Even the fast travel mechanic requires a great deal of time and running around. Each retreat member has their own section of the island dedicated to their part of the game.

Fast travel lets you move to one fixed spot in each section of the island in a cool presentation that fits the narrative. 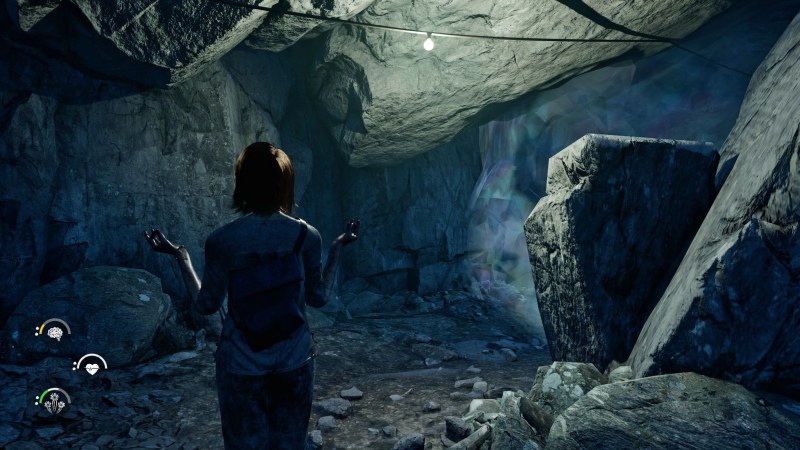 Everything you do revolves around three character bars: Mind, Body, and Spirit. Body acts as a health bar. As you get exposed to stresses, like darkness and enemy attacks, your Mind bar decreases.

When it depletes, Jess gets it with a panic attack and must retreat or meditate to regain composure.

Spirit helps to alleviate stress through meditation. If you don’t have any Spirit, you can’t restore your Mind. 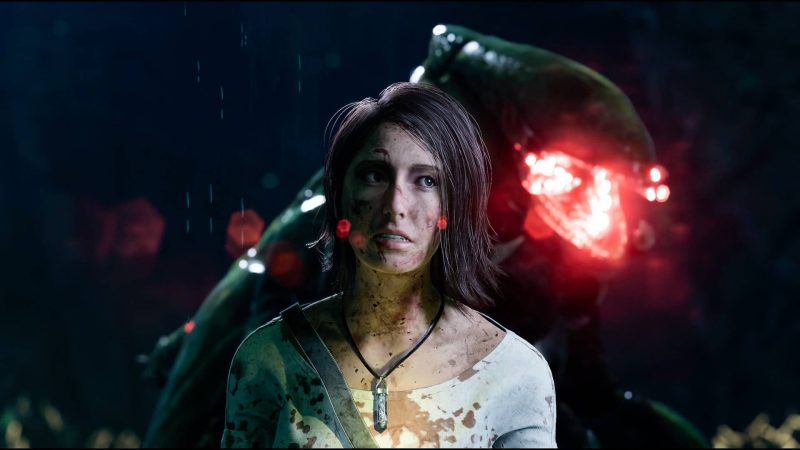 Spirit also grants you skills you obtain from other members of your retreat, acting much like Shouts from Skyrim.

The interaction between Mind and Spirit plays both into the spiritual retreat theme as well as the horror theme, creating a welcome dichotomy.

What helps is you can find Prismatic Crystals throughout the game and level up your Mind, Body, and Spirit. These upgrades mostly let you increase the bars for each trait or slightly enhance skill effectiveness, which help in the long run.

Sage To Ward Off Spirits 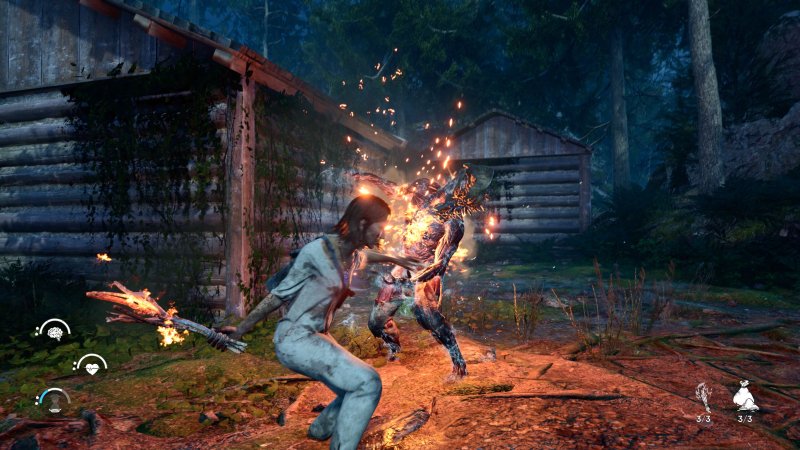 As you travel, you find different items to use for crafting non-traditional weapons. These weapons come in the form of things like sage incense burners, salts, and essential oils.

The principles of combat work the same way here as they do in basically all games before it: apply elements to enemies in order to defeat them.

For instance, sage torches let you apply fire to enemies and burn them, while witch sticks shock enemies. Essential oils act like traps, and you throw salt on enemies to stun them.

To be honest, I regularly felt weird seeing all of these holistic devices used as actual offensive and defensive techniques, but I’m not a holistic person either.

The concept of these items utilized in combat slowly changed the way I thought about them in general. Several of my friends use sage to cleanse spaces, a concept that I never resisted or supported.

Granted, The Chant didn’t change my mind about these kinds of things, but it did show me a new way to look at them.

Seeing these things used like this shows me what some might see in these items. I didn’t get any sort of revelation from this, but The Chant got me thinking about a different perspective to these concepts.

I always respect perspective exposure, even if I don’t entirely agree with it. 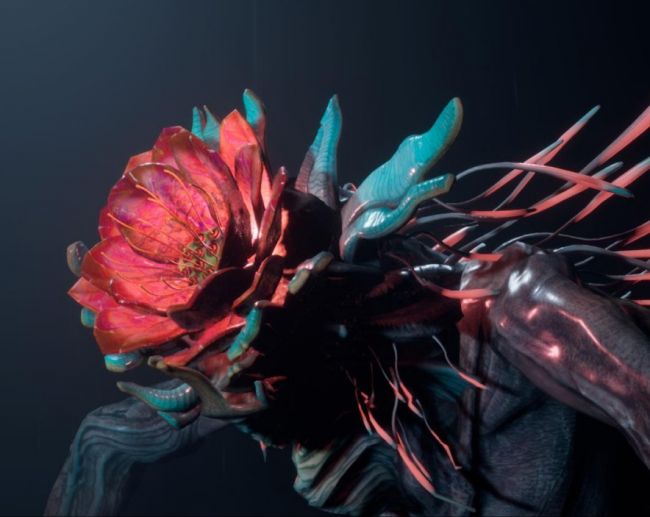 Finally, the AI in The Chant lacks complexity. In fact, most monsters, apart from a very limited few, stick to one small location and never pursue you.

For instance, you can easily dodge enemies and walk down a tunnel, and the monsters you faced leave you alone completely.

Sometimes, they even disappear. This makes speed-runs much, much easier, but the initial gameplay experience loses that sense of dread from enemy pursuit.

I always love seeing the first IP from a new developer. Much like with The Chant, that first game gives a true sense of a team’s potential.

While far from perfect, The Chant stretches your understanding of the genre and puts in some unique ideas combined with wonderful monster design and solid storytelling.

This small team of talented developers deserves a much bigger budget.

The Chant is available now for PS5, PC, and Xbox Series.

The Chant is a flawed experience filled with some fantastic moments, stellar monster design, light exploration and puzzle-solving, and a solid narrative to keep things moving. Despite its dated visuals, oversized linear world, and simplistic AI, you can find a nice survival horror romp in The Chant if you let yourself be taken by it.