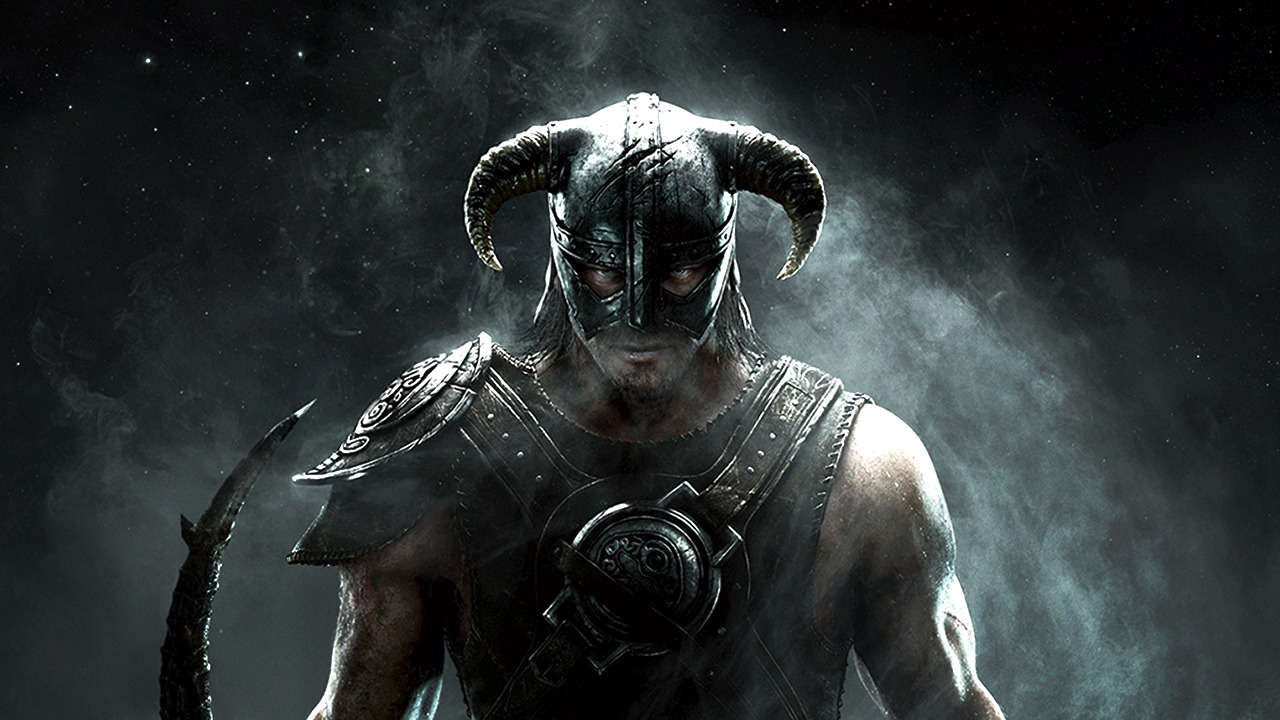 My first hour of playing The Elder Scroll V Skyrim Anniversary Edition was a combination of both nostalgia and dated visuals. All the fun I had going after the PS3 Platinum all came rushing back, but the initial experience this time around missed the immersion I expected. After ten years, Skyrim doesn’t impress with the same kind of visual fidelity it did on release.

After I finished the opening sequence and completed my first dungeon, I started to feel differently about this version. As I entered and left dungeons or buildings, I didn’t notice how quickly the game loaded–I didn’t notice it. Each time I saw a loading screen, it only stuck around between two and four seconds. This renders the interactive loading screens redundant, but I never miss them. 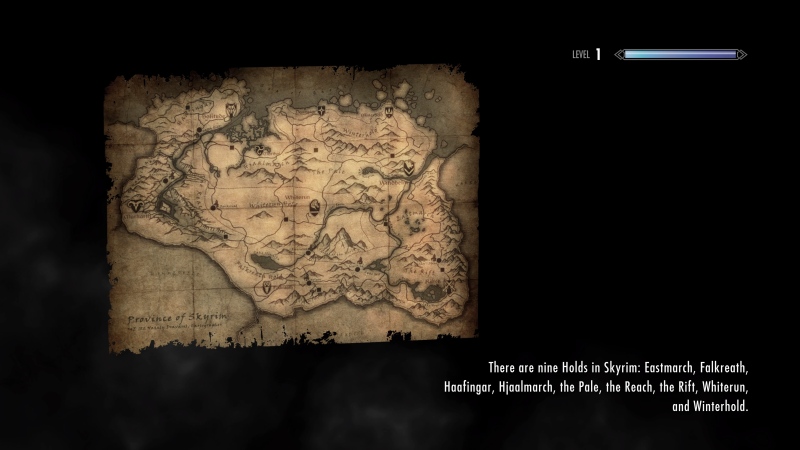 The PS5 loading times save so much time getting around, and that increased ease of access greases the way for acclimating to the dated visuals. This allows the quests and exploration to take front and center. Having fewer things that keep you from playing the game helps the end product in a way that consoles haven’t seen before this.

The other strong feature of this version comes with its silky smooth frame rate. Running at 60 frames 100% of the time makes even the dated visuals still feel immersive, even if they get hard to swallow sometimes after a decade.

Unfortunately, many of the other flaws inherent to Skyrim’s reputation still present themselves. I saw dragons throw people around in their mouth but the person wasn’t actually in its mouth. I got slammed by a giant and flew right into the stratosphere. In fact, this glitch has happened to me at the beginning of every one of my playthroughs I’ve ever done on any platform. They’re meme-worthy, but they don’t make or break the gameplay. 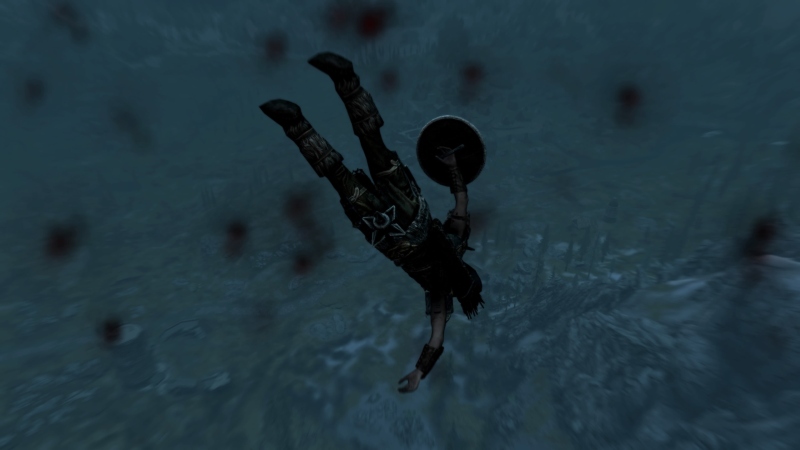 Everything still looks and feels stiff as well. Character movement lacks vitality, instead presenting everyone as more robotic. Again, this is Skyrim through and through. Once again, the game’s technical limitations and I cannot help but think how some more intimate enhancements would impact the final product.

The most noteworthy addition to the Anniversary Edition comes with how it implements mods. The PS4 version saw a handful of mods, but most of them pertained to companions or weapon creation and you had to backload most of them. This edition provides a full menu dedicated to preloaded mods from the community that spans the gamut, from visual enhancements to extra quest lines.

Their utility centers around Creation Center, a secondary menu from the main menu that allows you to activate whatever mods you wish to use from the list of approved content. However, this requires access to Bethesda’s servers, meaning this content is not fixed to the game files initially or on the game disc. This might allow for future content to appear, but it also limits the future of the extra content it provides by isolating it to a server. 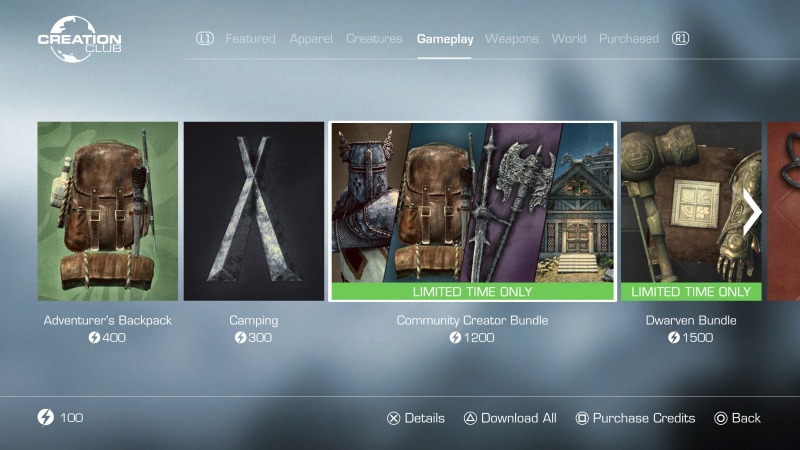 Skyrim already showcased a ton of content to explore, but the addition of these mods brings even more to the table. Many of the kinds of improvements I mention above come with these mods, especially graphical enhancements. These additions bring welcome content to a beloved title.

Equally so, much of the extra content outside of the featured quest expansions sit behind paywalls. The good news is that much of the proceeds make it back to the original creators. Unfortunately, considering people like me, putting more money down on a game as old as Skyrim just for extra stuff to do in an already massive open world seems like content intended for a specific niche. Still, catering content like this to those that want it benefits everyone who wants to partake.

The other factor to consider when using mods is that Trophies are locked when loading a save that utilizes mods. Par for the course, since Steam has similar limitations, but Steam also has ways around this limitation; though it requires manipulation of code. Still, the kind of content these controlled mods provide don’t make the game easier in a way that simplifies the formula.

In the long run, a lack of Trophy support won’t hold many back from using the mods in their playthroughs. However, limiting an online-dependent reward system with a boost in content that also shares an online dependency doesn’t seem like a hindrance of the consumer experience with a 10-year-old game. 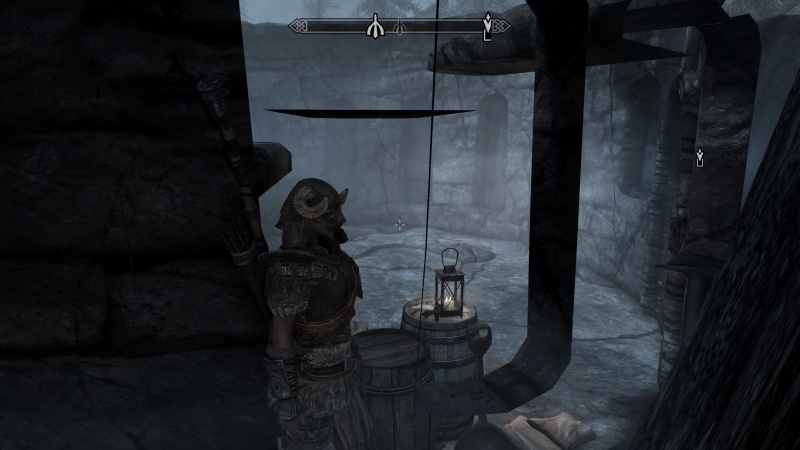 In short, this is the Skyrim experience everyone already knows, right down to its nuances. Regardless of frustrations, it still plays as you remember, and it still lets you run free with tons of possibilities at your fingertips. There’s a good reason Skyrim is playable on everything but the kitchen sink; but anything is possible with time.

More of What You Expect

The Elder Scrolls: Skyrim Anniversary Edition adds to its decade-long namesake with user mods, smooth frame rate, and drastically reduced loading times. Outside of that, the experience remains relatively the same. In many ways, it’s a lot like that comfort food you go back to or that TV show you keep rewatching; something familiar and enjoyable, but not exactly fresh. The Anniversary Edition achieve just that, if that’s what you’re looking for.

The Elder Scrolls V Skyrim Anniversary Edition is out now on PS5, PS4, PC, Xbox Series X/S, and Xbox One.

The Elder Scrolls V: Skyrim Anniversary Edition continues to be exactly what makes Skyrim popular: a massive world to explore with tons of different ways to develop your Dragonborne. Outside of that, mods make an appearance and add a bit to the formula in their own way. Otherwise, this Skyrim is exactly as you remember, except it loads a bit faster and plays a lot smoother.