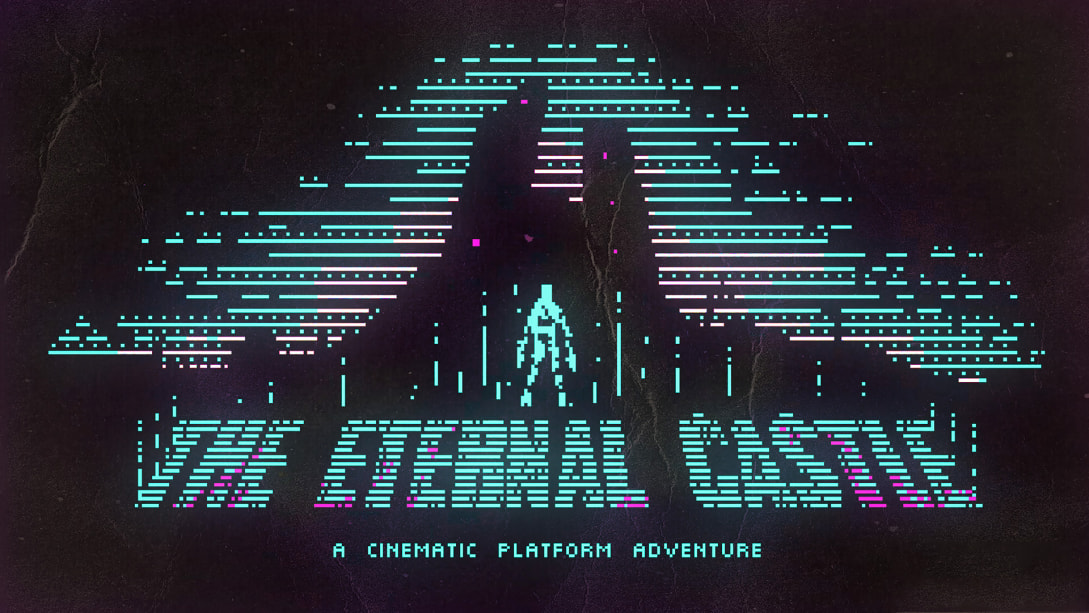 A Story Told Purely Through Exposition

The Eternal Castle’s story is laid out in a giant wall of text that uses fonts so bad that the whole thing may as well have been written in hieroglyphics. I couldn’t read half of it and had to go online to understand what the game was about. You take control of either Adam or Eve as you head back to Earth to save one or the other, depending on who you chose to play with. Unfortunately, the ecosystem is destroyed, and the last remaining remnants of humanity live in space. That’s pretty much all the story you get, and the rest you have to figure out on your own through journals and other such ham-fisted means of exposition. 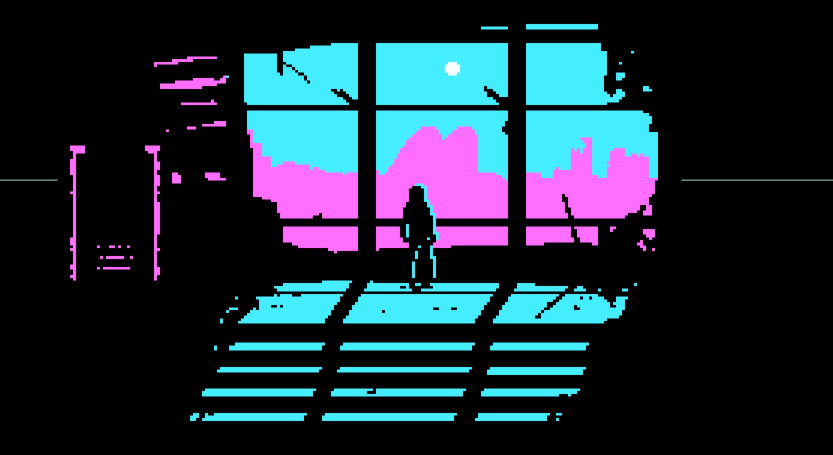 Your ship crash lands, and after a tutorial level, you’re able to choose between which of the four locations you want to travel to, to collect parts to repair your ship, and head to the Eternal Castle, wherein my case, Eve was located.

Each of the four locations is unique and require very different play mechanics. For example, one area is a cityscape that’s ravaged by war, forcing you into plenty of gun battles. Another location is a haunted house where monstrous experiments have taken place, forcing you to sneak around and generally be a little more cautious than you otherwise would.

Gameplay Stays True To MS-DOS Games For Better And Worse

Each location provides various obstacles to overcome and upgrades to discover. The upgrades come in the form of better armor and more health and they are hidden all over the maps and given the unique 2-bit CGA animated graphics, which makes finding these items incredibly challenging.

The obstacles come in various shapes and sizes, too. Each stage features a variety of platforming, melee combat, and gunplay but sadly none of it really works well, with the combat especially proving to be a disaster. Melee combat falls into simply mashing the attack button until you win or lose. If there is some strategy to it, I couldn’t find it. At one point, I would take out an enemy in a single hit, other times, it takes almost ten strikes.

One of the bosses I was trying to defeat had to be beaten melee attacks, and after over a dozen attempts and failures, I was able to defeat the boss with a single blow right as the fight began on my thirteenth try. How did I do it? I have no idea. 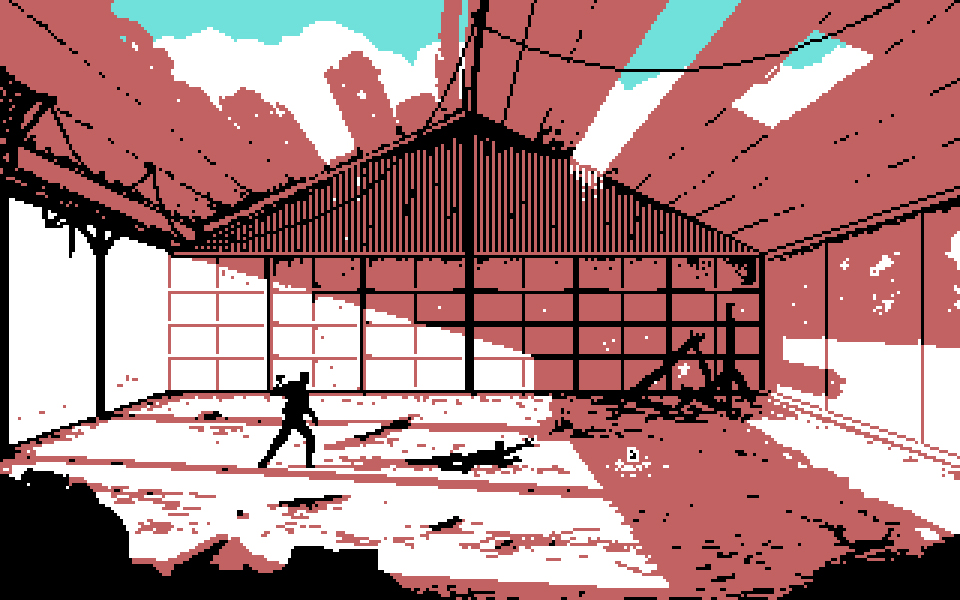 The gunplay is just as bad as the melee combat. You get limited ammo for each weapon you’re able to find, which wouldn’t be a problem if you didn’t have so many enemies to take on at various points in the game. Unfortunately, after running out of ammo, I was still forced to take on multiple foes with guns. I had to try of course, and then run up to and take out the enemies with melee attacks. Suffice to say; I died a lot.

There are cover obstacles to use to avoid some fire, but it hardly keeps you alive. As you take cover by crouching, you would think it would actually protect you, but it doesn’t. Though you’re behind cover, bullets still hit you. Sure some of them are blocked, but not all the time. Bullets also stun you every time you get hit. So trying to run away or run past enemies won’t really help when you’re stopped after every bullet hit.

Environment traversal is also a hindrance. If you’ve ever played the original Prince of Persia, you’ll know that when you jump over obstacles and pitfalls in that game, you have to hit the jump button almost an entire second or two before you actually get to the jump; otherwise, you’ll fall to your death; thanks to the delay inherent in the rotoscoped animations. The same thing applies in The Eternal Castle.

The only difference here is you probably won’t see most of the jumps coming again because of the 2-bit CGA animated graphics. For example, one stage had me running from a giant boulder. Unfortunately, my character was so close to the edge of the screen that I could never see the jump I needed to make – a problem compounded by the aforementioned delay in the jump. 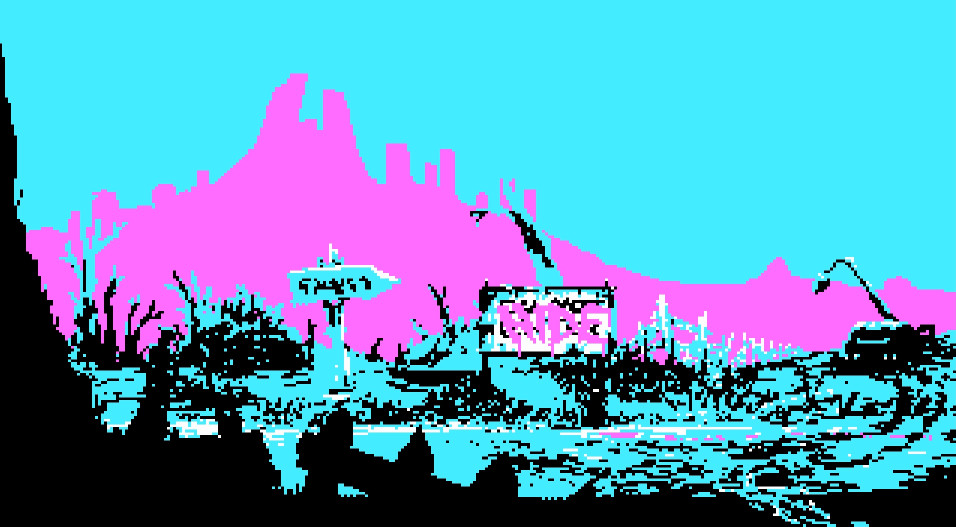 After dying over a dozen times, I had to memorize the timing to make these jumps before I even got to see them on screen. Other times, the platform I was standing on is so short that I couldn’t even get a good run before jumping and was forced just to run off the platform instead.

The 2-bit CGA animated graphics don’t help the gameplay, but they add some great visual flair. I loved the art style and the use of limited bold colors. The animations are also fairly good, but you won’t really see just how great they are until the game’s final boss, where the animations are taken to another level and must be seen to be believed.

Sound design is also a big miss. Electronic music sounds great when it actually plays. In fact, the only time I remember it playing is during boss battles, and the remainder of the sound design is limited, much like it would have been in an MS-DOS game.

The Eternal Castle Remastered is a great imitation of an MS-DOS game, but that imitation brings with it all the problems and issues that came from those games. I appreciate the attempt to bring the halcyon days of the MS-DOS era to modern gamers, but all The Eternal Castle Remastered has managed to do was show everyone just how bad games used to be.