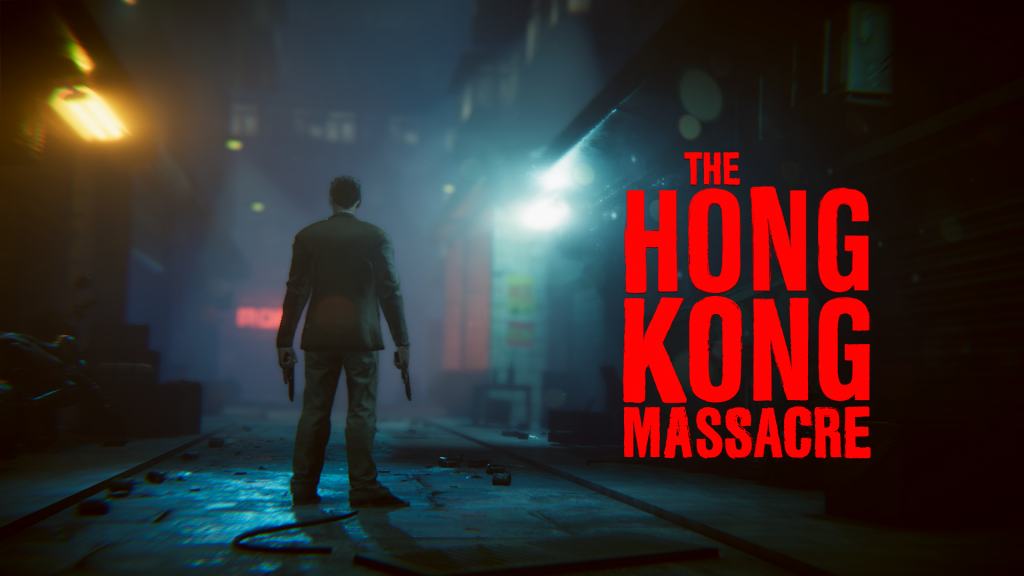 Every single moment I spent playing The Hong Kong Massacre I never wanted to stop. Every time I narrowly missed a bullet, killed the enemy that shot that bullet and cleared a level, I just wanted to keep playing. Similarly, whenever I died I wanted to have another run through a level and try to succeed where I had just failed. At the end of every level, I breathed a sigh of relief upon succeeding as the camera zoomed in on my final enemy as they slowly fell to the ground, lifeless.

The Hong Kong Massacre manages to stay compelling, intriguing, and enjoyable across its 35 levels. The game oozes with a style that translates into an awe-inspiring ride where I couldn’t believe the moves I was able to pull off with the tools the game gave me.

The Hong Kong Massacre Commits To A Vision

The Hong Kong Massacre has a vision for what it wants to be. It aims to emulate the classic John Woo action movies, but bring that stylish slow-mo’ action to videogames. It delivers on that vision. Action and chaos are constantly taking place around you, whether it is a window being smashed by a stray bullet or five men surrounding you all shooting shotguns and pistols. There is no escaping the crazy action that Vreski have placed into every level of this top-down twin-stick shooter.

You will enter a room and enemies will immediately notice you, even if their back is turned. You cannot stealth your way through the game. You have to commit to being in the middle of the action and be capable of making split-second decisions that can end your run or complete it. By split-second decisions, I do mean split-second. Everything in the game is fast, snappy, and inhumanly fast. Enemies walk faster than you, they, and you, die in one shot and gunfire will instantly travel from the barrel to the other side of a room.

The small independent studio from Sweeden does allow you to manage this in a few ways. The central mechanic that emulates Vreski’s vision and fundamentally allows the game to work and be enjoyable is the option to slow down time at any moment. This results in you being able to survey your current situation, dodge otherwise impossibly accurate bullets and plan your next movement. The Hong Kong Massacre is this mechanic. The game revolves around halting everything around you and using that time to cause your own chaos. It needs to be used at all times to ensure your success

However, that mechanic doesn’t come in an unlimited supply. You have a meter that will slowly drain during the moments where time is slowed down, quickly refilling when you return the streets of Hong Kong to the regular flow of time. This forces you to make wise use of that meter as it won’t stick around forever. If you are able to use this meter effectively, then you can stay in slow motion for an extended period of time, due to the fact that it refills partially upon killing an enemy. This creates a risk vs reward scenario. You can push further into the action and refill that meter but at the risk of losing it all if you are not an accurate shot.

The second mechanic works in tandem with the other. The dodge move allows you to slide underneath bullets, cartwheel through enemy gunfire, and leap between buildings. During this dodge you are invincible, allowing you to dodge that impossibly precise enemy gunfire.

Using this while slowing down time creates the best moments of The Hong Kong Massacre. Bursting through a door, sliding underneath a spread of shotgun shells, turning around to headshot a second enemy, and bursting through a window to do it all again is a thrilling loop that is both visually stunning and incredibly gratifying. Watching yourself pull off moves that overcome incredible odds felt awesome in level one and continued to surprise me all the way to the end. That is set to a pumping and vivid electronic soundtrack that emphasises how awesome you are at playing The Hong Kong Massacre.

These mechanics combine to emulate classic action movies in an engaging way and commit to the vision Vreski went in with.

The Hong Kong Massacre Does Shake Things Up

That gameplay is at the core of the entire game. However, Vreski does throw a wrench or two in the works to change the moment to moment action. The clearest way they do this is through the four different weapons you can equip and use to take down the countless Chinese thugs you will face.

You first start out with just two pistols that are a good base weapon, accurate and deadly. But, before you know it you are able to switch between a fast firing SMG, a deadly, but cumbersome, shotgun, a rifle with plenty of ammo, and the aforementioned pistols. Enemies will drop these weapons, which you can then pick up and use.

This becomes necessary to do as all your weapons, including your starting weapon, come with only one magazine. Eventually, by playing through levels you can unlock all of these weapons as starting weapons, allowing you to go into every level fully prepared.

On top of that, these weapons can be upgraded, increasing their rate of fire, handling speed, and ammo capacity. These are mostly minor increases, with ammo capacity being the most noticeable. Above all, these upgrades are there to assist you in later levels which throw more enemies at you, in more congested spaces. Changing weapons does add a nice bit of variety, although I found myself mostly sticking to the rifle due to its accuracy and ability to have 100 bullets when upgraded.

Variety is also added to the formula in the form of boss battles. These take place along rooftops with you on one side and a gang kingpin on the other. You shoot at him across that rooftop, jumping from building to building, through windows, killing grunts as you try to land as many hits as you can. These levels feel like a movie scene and it wouldn’t surprise me if Vreski were directly inspired by a similar sequence.

However, this situation is repeated five times. All of the bosses play out the same way. You jump from building to building, landing bullets on the boss, whilst trying to dodge gunfire from grunts. It holds up the first couple of times, but by the final boss I grew tired of them and was left disappointed, as I felt a lot more could have been done with these fights from a creativity perspective.

Vreski also implements enemies with body armour into the later levels, requiring you to land two hits to kill them. This does cause you to rethink how you approach situations and it does make those situations a little more challenging. Speaking of a challenge, there is some replay value for hardcore players. Each level offers three challenges: beat the level in a certain time, complete the level without missing a single shot, and complete the level without using slow-motion.

These are INCREDIBLY tough and should provide a nice challenge for those seeking it. On offer are more points to upgrade your weapons. I was nowhere near good enough to complete these the majority of the time.

Despite my thoroughly incredible time with the game, it does have a few flaws that dampen the experience occasionally. For starters, I haven’t mentioned the game’s narrative yet for a reason: it isn’t very good. It starts off intriguing as you a police officer are being interrogated as to why you have shot up numerous buildings (these are the levels you play, which occur in the past) filled with Chinese gangs.

However, there isn’t really much of conclusion to that story. The game ends on a whisper, rather than shouting in the same style and vivaciousness that is present in the rest of the game. It is a fine backdrop that allows the gameplay to exist, but there isn’t anything engaging past that.

There are also a handful of levels that suffer from large difficulty spikes, either from having far too cramped interiors, having way too many enemies on screen, or both. There were a few times that I spent longer than forty minutes on these short minute-long levels, slowly becoming more frustrated at the unfairness of the situations I was thrown into.

This was all compounded by the fact that your character’s brown coat blends in with the muted colour pallet of the environments, making it hard to see him in chaotic situations. Bullets suffer from a similar issue as they can often end up hidden behind shattered glass or wood. However, as I said those issues occurred only a few times and they were spread out enough to not make me feel like I had a hit a roadblock.

The stylish, shoot ’em up, slow-motion action of The Hong Kong Massacre is a thrilling and just plain cool way to spend a few hours. The game offers you that feeling of being in an action movie, pulling off the impossible and living to tell the tale.

It offers ‘water-cooler moments’ where you can talk to your friends about the awesome tricks you were able to pull off and the crazy situations you found yourself in. The issues it does have are few and incidental that although they may create frustrating moments, the overall package shines far brighter than them.

The Hong Kong Massacre is a challenging, yet deeply gratifying experience you should give a shot. This is an excellent debut for Vreski and makes me excited to see what they do next.

The Hong Kong Massacre is a game that will leave you with vivid memories. The awesome stunts you pulled off, the impossible feats you were able to achieve, and the crazy killing sprees will all stick in your mind. It is a game that perfectly executes on a vision and offers some of the most gratifying few hours you can find in gaming today.