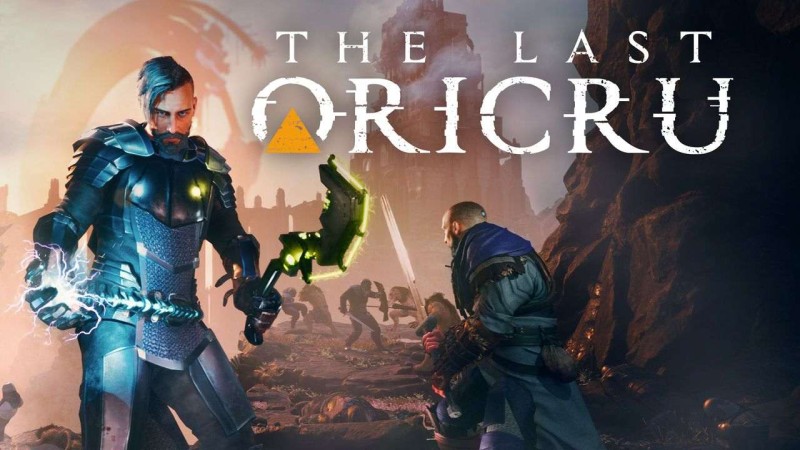 The Last Oricru Review (PS5) – We’ve been here before: another Soulslike makes its way to the forefront. In the case of The Last Oricru, the biggest selling point stands as making truly impactful narrative choices.

This stands true, but much of the rest of the game lacks anywhere close to the same attention. 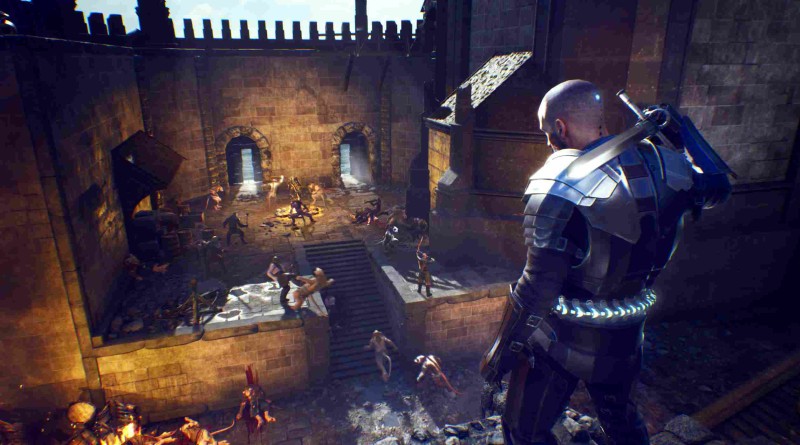 You take on the role of amnesia-induced Silver in a peculiar kind of confinement. Without any sort of understanding of the world or his place in it, he finds himself in a place that keeps forcing him to train for combat.

Even stranger still, the races involved take on animalistic appearances. Soon, you learn that you stand in the middle of a conflict between the reigning Noboru and the soon-to-revolt Ratkins.

The writing in The Last Oricru stands out the most. Whether that’s a good thing is up to the player.

I say that because this writing reeks of that cheeky isekai-like style where a goofy character gets randomly dropped into an unknown world. To clarify, Silver is in fact from this world.

At the same time, his sarcastic personality combined with his induced amnesia creates an odd back and forth with the rest of the world around him.

Most of the time, the three races around you push for their own goals in the conflict Silver finds himself in. Meanwhile, Silver navigates it like any one of Rob Schneider’s characters would from his 90’s movies. It’s odd but can be fun, if you’re into that sort of thing.

In standard RPG fashion, the fates of these races naturally rest completely in your hands. Much of what Silver does leans into something of a goofy perspective on the RPG and soulslike genres while those around him maintain composure and earnestness for their causes.

It’s odd to say the least, but taking it for what it is can provide some decent entertainment. 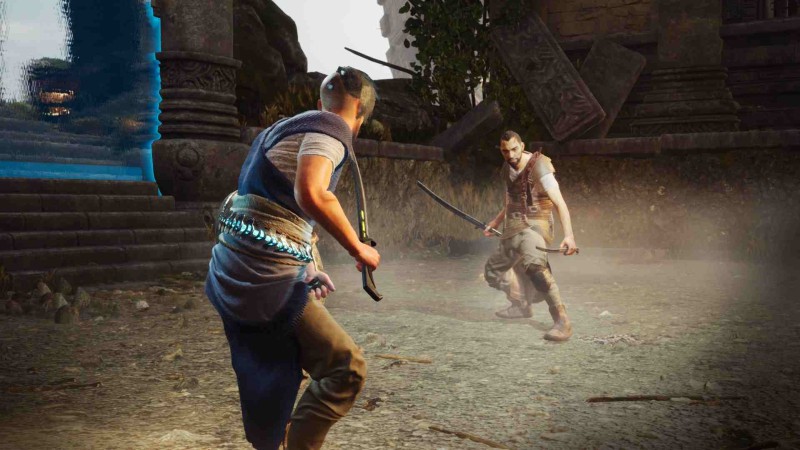 The story itself feels wholly special in that the decisions you make truly affect the outcome of the game. Depending on your choices, any of the three races can come out on top of this massive conflict.

Some choices are much easier than others. These decisions leave you feeling the consequences almost right away and for a long time afterward. This makes the narrative experience quite interesting, as long as you come to terms with all the oddities and quirkiness that comes with the complete package.

A cool example happened very early in the game. I didn’t know what to do to move the story forward. Every character I interacted with put me in a scenario where I felt damned if I did.

Out of desperation, I chose what I thought as the lesser of two evils and instantly felt a sense of regret.

I wanted one outcome but found myself in one I could no longer avoid. I could have easily started over, but the type of regret combined with the way the game presents itself kept me moving forward. I wanted to see how it played out.

This stands as the lasting impression that The Last Oricru left on me. I felt a realistic regret of my own making in a video game but kept going anyway to make the most of it. Very few games have done that to me. In fact, only real life has done that to me. That’s quite cool in my book. 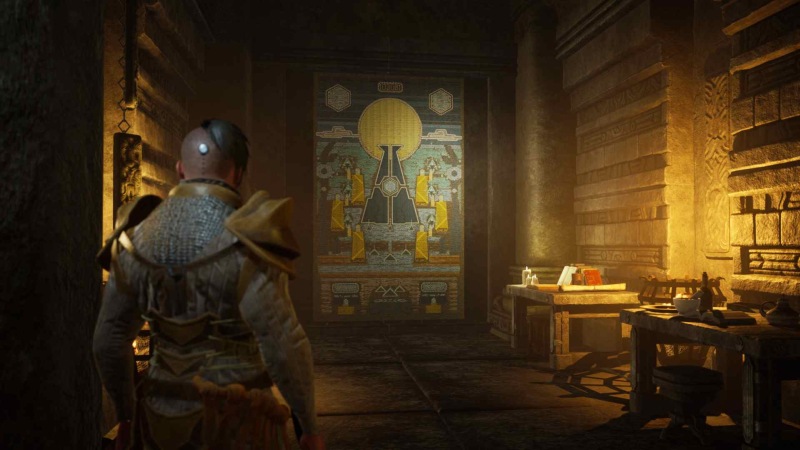 Combat in The Last Oricru has two distinct issues: stupid AI and odd timing. In reference to the AI, enemies constantly block themselves from following you through tight spaces.

Get two mobs next to each other, and they stand inanimately in the doorway, shoulder to shoulder, just staring at you.

Then, enemies don’t understand when they should attack. At times, I just stand in front of a shielded knight, waiting for him to attack. Other times, they attack with melee weapons before I get anywhere close.

This leads into combat timing. Strong attacks are highlighted by the enemy’s weapon glowing red for a short time before they attack. Those hits do decent damage, but they don’t balance out how long it takes for the enemy to swing. 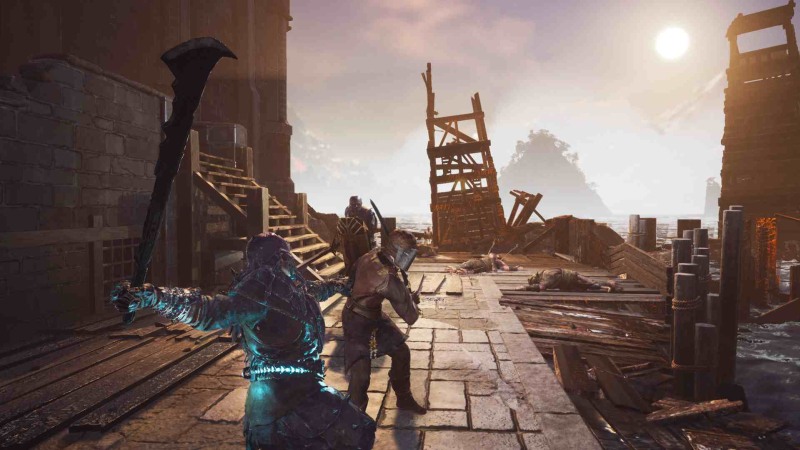 In fact, most quick attacks come in sequence and end up doing more damage and stagger you. That’s a kind of tradeoff, I suppose. However, even the slower normal attacks leave a long window to respond but still do the same amount of damage as quick attacks.

Most of the attack animations look the same as well. This leaves you either not reacting fast enough or reacting far too early. No matter how you slice it, you more often than not end up taking extra damage despite your best efforts. 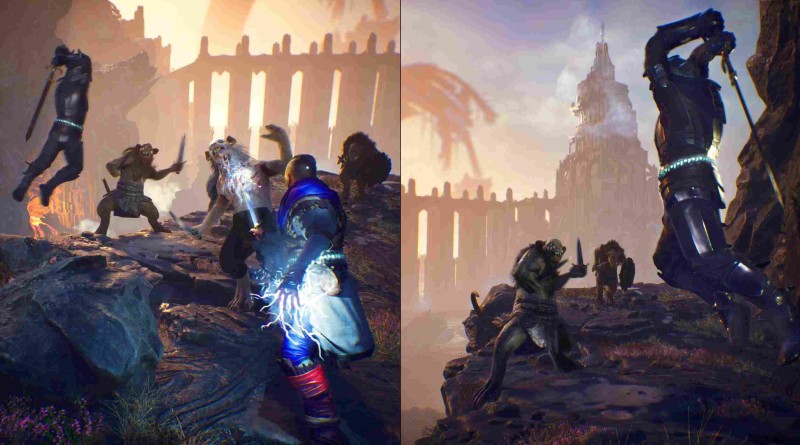 All in all, though, it works well enough to move you forward. What further helps with this is a difficulty switch that flips between challenging and story. Story makes combat a complete cakewalk, which helps grease a great deal of the combat oddities as well as overall progression.

Some spots still see you die almost instantaneously, no matter what difficulty you choose. That just means that you don’t need to go that way. The handful of places like that lead me to empty corners full of enemies and nothing more.

While combat lacks any sort of engrossing appeal, it allows you to simply gleam through fights to the next story beat. Combine that with the impact decisions have on the game, and you could easily find yourself pushing through to the end.

One selling point is that you can co-op The Last Oricru with another player either via online or split-screen. Considering how unpopulated the servers are, the inclusion of couch coop helps extend the life of this game option.

To add, it’s probably easier to find a player to play locally with you than it is to find someone online.

As a final point, the game does offer ways to level up and improve your gear. It’s the standard affair: Use your gathered souls to upgrade gear strength and player stats.

Unfortunately, these upgrades don’t offer much that affect how the game plays. Unless, of course, you intend to suffer through the clunky combat on the harder difficulty. Then just add mindless farming to the mindless combat.

Lots of Potential, Lots of Problems

The Last Oricru plays to its strengths by pushing narrative choice and ease of access to the forefront. This allows the player to easily pass by the lackadaisical combat, stupid AI, and simplistic leveling mechanics.

There’s something neat here if you enjoy impact from your narrative choices as well as cheeky dialogue. Just don’t expect much else of the game to truly grip you.

The Last Oricru is available now for PlayStation 5, PC, and Xbox Series.

The Last Onicru features some cool narrative choice work, putting some true impact on your choices. If you can get on board with the cheeky dialogue and peculiar main character, you should be able to overlook the lackadaisical combat.