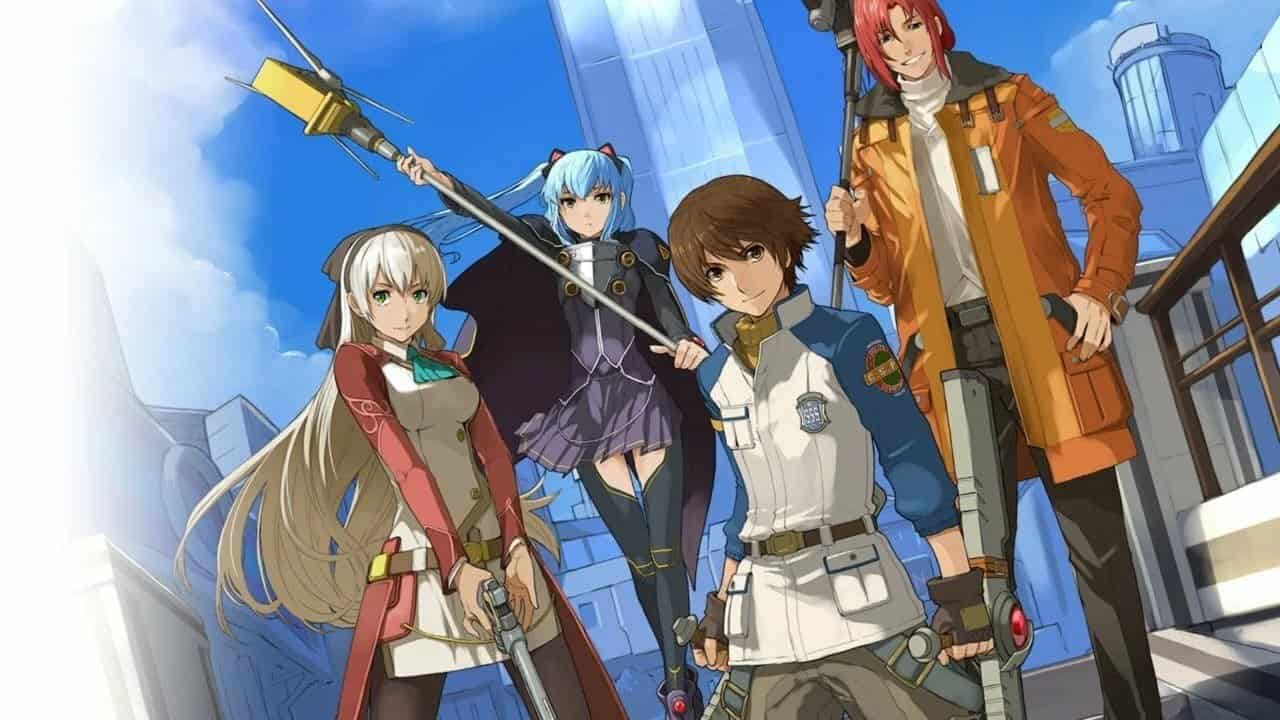 The Legend Of Heroes: Trails of Zero Review (PS4) – Fans of the Legend of Heroes franchise will be happy to know that Trails of Zero is a great addition to the franchise. Trails of Zero is receiving its first release outside of Japan after the resounding success of the Cold Steel series, which means everyone can now enjoy experiencing that game that breathed life into the series as we know it.

The Legend Of Heroes: Trials of Zero Review (PS4)

Trails Of Zero’s Story Takes A While To Get Going, But When It Does, It’s Worth Experiencing

Trails of Zero follows the events of the Trails in the Sky trilogy. You take on the role of Lloyd and his companions as part of the new Special Support Squad of the Crossbell Police Department. Your new division is made specifically to help citizens with whatever tasks they need help with.

Like the Bracer guild, the SSS tries to help citizens, but the public is weary of the squad due to the citizens’ lack of faith in the police department. The story starts simply enough and takes a while to get moving. An overall plot ties a lot of what’s happening in the story, but you’ll only get snippets of it up until the last couple of chapters. 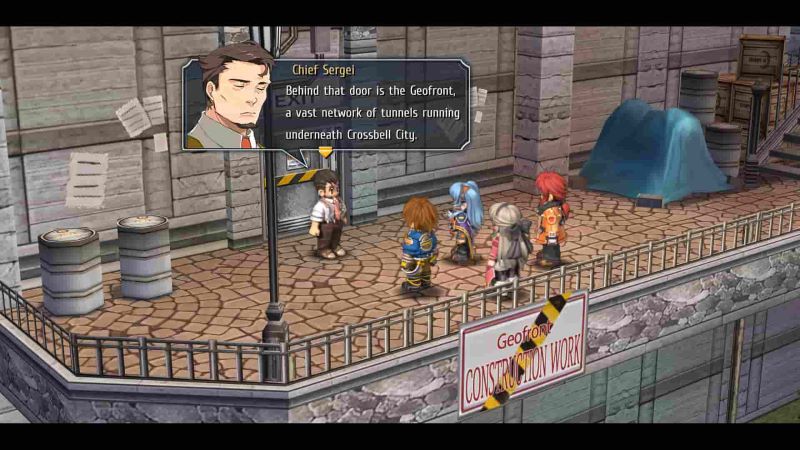 That’s not to say that it’s a boring story. I enjoyed the more investigative aspect of it early on. Trying to figure out who is behind an attempted assassination plot and who or what is behind various attacks on citizens around the city of Crossbell. These missions were a joy; all of them are threads to the plot that’s more grounded than the story in the Cold Steel series.

As with the previous franchise entries, the cast is a highlight. Each personality is unique and well-written. Though the cast is brand new, characters from the Trails in the Sky trilogy are regulars and play a part in key aspects of the game. It was great to see some of them again after spending so much time away from them after the trilogy concluded.

A Return To Great Strategic Combat

Those who played the Sky trilogy will quickly recognize the battle system. Though it doesn’t come with some of the major upgrades the franchise has gotten, it’s still a great system with plenty of strategy and action.

Characters move on a grid much like strategy role-playing games, which leaves it open for plenty of strategic movements regarding attacking enemies and supporting your teammates. Moving your characters around the battlefield helps avoid areas of effect attacks and allows you to line up attacks that can hit multiple enemies. 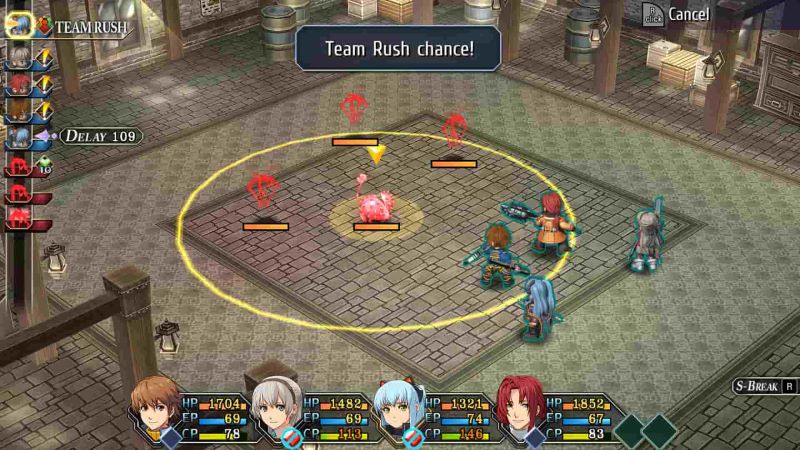 Each character has two types of abilities outside their standard attacks, Arts and Craft. The Arts are the player’s magic attacks, and the Crafts are their personal skills. You unlock new skills as you level up, and each one has its women cool little bonuses like setting enemies on fire or delaying their attack turn.

Each skill uses CP. You build up your CP by attacking and being attacked, and you can build up to 200 CP. An important aspect of CP is knowing when to use your skills or when to pull out your S-Break attack.

The S-Break is your ultimate attack and uses up all of your CP points. The more it uses, the stronger the attack is. Just be warned that using the S-Break takes up all your CP, leaving you with zero. 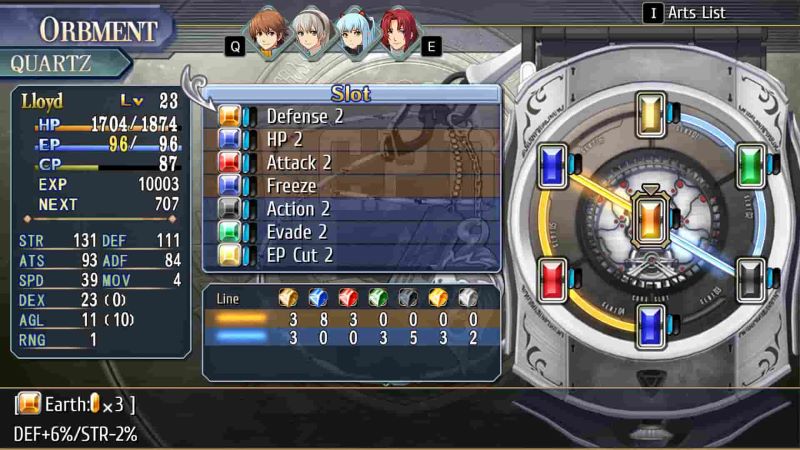 The Arts are determined by the “Orbments” on each character. These Orbments not only boost character stats but determine the type of spells they can cast. Each Orbment is comprised of a color representing its element and what stat boost you receive. A red Orbment allows you to cast fire spells and increase your physical attack strength, while a blue Orbment gives you access to water and healing spells.

Most of the game takes place in Crossbell and its surrounding locations. The world isn’t that large but has plenty of locations to explore and treasure chests to find. One thing that makes the exploration difficult is not being able to rotate the camera.

This leads to plenty of unnecessary enemy ambushes you don’t see behind an obstacle and many hidden paths to treasure chests. It’s unfortunate that the previous games allowed you to rotate the camera just fine, so removing the mechanic is puzzling. 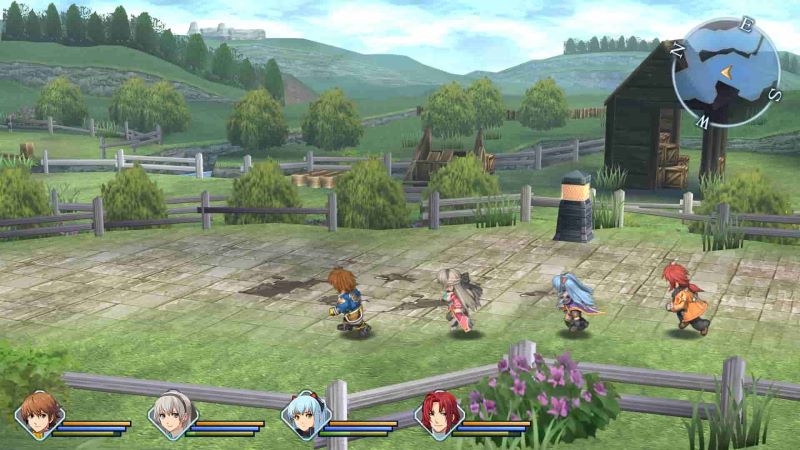 It also hurts that there aren’t many locations to explore. Many dungeons are revised as more paths in their open up rather than finding new ones consistently.

Visually the game is hit and miss. For some reason, unknown to me, the PS4 version of Trails of Zero didn’t receive any of the visual upgrades that the Nintendo Switch and PC versions of the game received. Because of this, the environments and textures are blurry and muddy.

While the character models look good, you can see the difference when you have something well modelled against something badly textured. The visuals themselves look like they were taken straight out of the original PSP release. 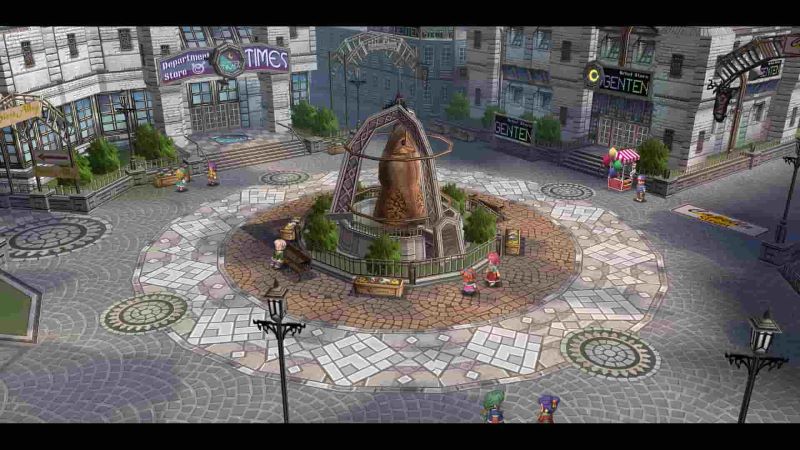 The game’s soundtrack isn’t spectacular compared to other titles in the franchise. There are some standout tracks when unique story elements and battles transpire, but for the most part, you’ll hear the same few tracks repeatedly.

Finally, Experience The Missing Piece To The Trials Saga

The Legend of Heroes: Trails of Zero is a great addition to the franchise that didn’t get the same amount of love as the game on other platforms. That shouldn’t stop you from enjoying this new entry, as it’s still worth a shot.

With a direct sequel coming next year, Trails of Zero helps bridge the gap of things to come that many weren’t able to experience when they jumped straight into the Cold Steel saga.

The Legend of Heroes: Trails of Zero is out now on PlayStation 4 and PlayStation 5 via backwards compatibility.

The missing piece in the Legend of Heroes franchise finally makes its way west. Trails of Zero is a great addition to the franchise featuring a great cast of characters and a fantastic strategic combat system. It's just unfortunate that the PS4 version of the game didn't get the same upgrades that it did on other platforms.

The Legend of Heroes: Trails From Zero