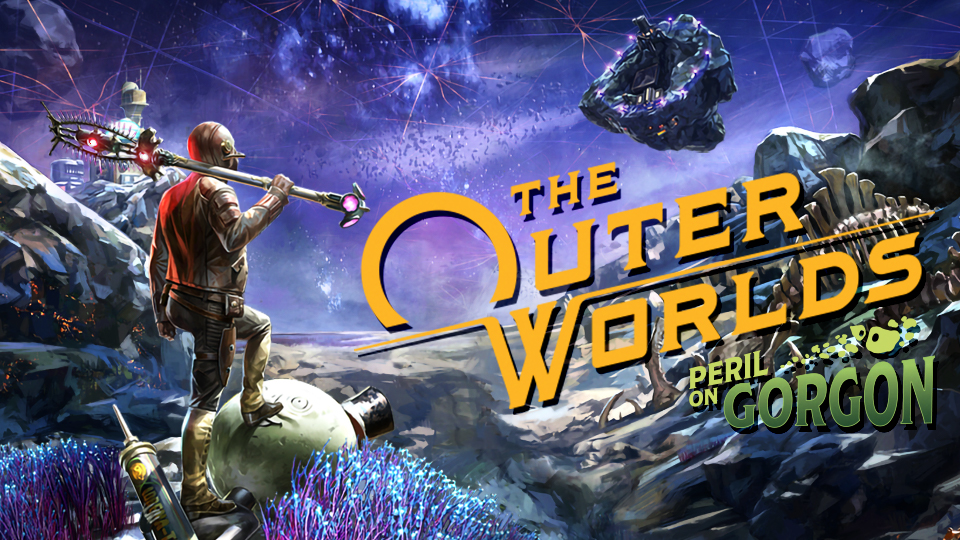 The Outer Worlds: Peril On Gorgon DLC PS4 Review – On a long drive over the weekend, I laid out the primary ethical quandary at the heart of the storyline in The Outer Worlds: Peril on Gorgon – the new DLC expansion to the stellar base game. I was nearing the end of the expansion and was trying to decide which way I was going to go with one of The Outer Worlds’ patented gray-area decisions. While I won’t go into spoiler territory here, her response was interesting. “Think of it in Jurassic Park/Jurassic World terms. Who is more of a fool? The fool that attempts something foolish, or the fool that comes along and thinks that they can do it better, fixing all the mistakes of the prior fool?”

An interesting perspective, to be sure. Of course, in the development of The Outer Worlds, developer Obsidian Entertainment made very few mistakes to correct – unlike the misled characters in their decently-sized DLC. Their only task was to expand their original game in interesting new directions. But are the new places visited in The Outer Worlds worth the trip, or is the journey to Gorgon just a welcome, but ultimately unrewarding, chance to revisit a beloved game?

Ten Months? That Was A Lifetime Ago!

There is no question that I loved The Outer Worlds beyond all reason. Giving the game one of only two perfect scores I’ve delivered in my tenure at PlayStation Universe, I said in my review that “this is a game for fans like me, fans of the Fallout franchise, fans of first-person RPG’s, and if you count yourself among our number, The Outer Worlds is a must-play. If you weren’t previously a fan of the genre, or you were thinking about checking it out, I can think of no better introduction.”

But a lot of time has gone by. And here we are, one pandemic and cultural upheaval later, with more Outer Worlds plopped into our laps. Interestingly, the full game came to a decisive conclusion. Once the credits rolled, there was no New Game Plus for players to explore. This continues with the DLC; the Peril on Gorgon DLC content is nestled right before the end of the base game. This leaves players in a situation where they must load an older save file, then kinda flop around for a while reacquainting themselves with The Outer Worlds before jumping into the new storyline.

In the ten months since completing The Outer Worlds, I’ve played a lot of games. And while The Outer Worlds retains a rosy place in my estimation, ten months is a lot of time in gamer terms. Just long enough for me to forget how almost every single system in the original game worked – and to forget that DLC would eventually be arriving to pull me back into The Outer Worlds’ solar system of dark humor and corporate greed. Now that it is here, I’ve been wondering if I should have left it well enough alone.

A New Outer World To Explore

Peril on Gorgon adds a significant chunk to the main campaign of The Outer Worlds. My best estimation is that it took me around six hours to complete the storyline, and maybe another hour or two to clean up a few little side quests I picked up along the way. In gameplay terms, think of Peril on Gorgan as a new planet to explore – with about the same amount of content that players found while visiting the Groundbreaker for the first time.

Players are sent to Gorgon when a mysterious package arrives on their ship via interplanetary UPS. Investigating sends the Captain and crew to Gorgon – an asteroid that was once a Spacer’s Choice science facility committed to exploring new pharmaceutical solutions to worker fatigue. Years ago, the entire installation went up in smoke in a flurry of violence, scattering surviving workers and information across the system. It is up to the player to discover what happened and why – and determine a path forward for the now-derelict colony.

Does Peril On Gorgon Truly Expand The Outer Worlds?

Included in this DLC is a new cast of supporting characters, an entertaining story with some interesting ethical questions, and a fair amount of terrain to explore. But I was more interested in what was not included in this expansion.

Going into Peril on Gorgon, I was hoping for an expansion that would perhaps change the dynamics at play in The Outer Worlds. Of course, there is an argument to be made that if something isn’t broken, attempts shouldn’t be made to fix it. But Peril on Gorgon feels so much like the rest of the base game that I quickly found myself hustling through the story, taking little time for exploration or side activities.

The level cap for The Outer Worlds has been expanded for Peril on Gorgon from 30 to 33, not enough to make a true difference in how the game is played. By nesting the DLC into the story, the devs at Obsidian didn’t leave the player much room to grow; by the time players come out the other side, they still need to be able to go on to complete the last mission of the base game. There was little motivation to grow my character when I knew she could already cruise through the end of the game with her eyes closed.

I spent the last half of The Outer Worlds turning Parvati and Nyoka into murder hornets, able to run around and complete most combat scenarios without my participation. This continued into the DLC; these two were pretty much able to beat any encounter in the base game without me, so nothing on Gorgon presented too much of a challenge to my crack team. I just loaded them up with improved guns and armor, and let them do my business for me.

The lore revealed in Peril on Gorgon is very interesting indeed and fits nicely into the game’s overarching themes of dehumanizing corporate overlords focusing on nothing but profit at the expense of the common man. But with gameplay that so closely adheres to the base game – and no new mechanics to explore – I ended up feeling like my adventures on Gorgon felt a bit like running on a hamster wheel. A lot of energy, but I wasn’t going to end up anywhere I hadn’t already been.

The Outer Worlds Is Unchanged – For Better Or Worse

By design, major alterations to the flow of the game would be overly disruptive; therefore there are no new companions, no new skills, and only a very limited number of points to invest in your characters. By not opening up the world to the player post-game, Peril on Gorgon becomes very limited in scope and possibilities. Instead of feeling like a brave new world, Gorgon feels like a corner of a world you’ve seen a lot of – that looks suspiciously similar to places you’ve been.

What we are left with is a very interesting story that feels somewhat confined by the structure that must be maintained around it. Nothing earth-shattering can happen on Gorgon, because the greater system in The Outer Worlds must be left undisturbed by its end. Of course, spending more time in this world (and with these characters) could never be considered a bad thing. But the fact that the decisions made in Peril On Gorgon have no ramifications once you leave make the entire self-contained experience feel a bit hollow.

Oh, and regarding that gray-area decision that I was discussing with my wife? Folks on The Outer Worlds can be tricky. I ended up just killing everybody involved. I figured it was better to leave no fools standing to get into more foolishness. You can’t be too sure about these people.

The Outer Worlds: Peril on Gorgon is now available on PS4.

It is wonderful to revisit the setting and characters of The Outer Worlds. But due to the way the expansion is nestled within the greater story, the admittedly entertaining and well-written adventure ultimately feels a bit hollow. Fans will enjoy hanging out with Parvati for a few hours – and some narrative twists keep things lively – but some changes or expansions to the gameplay would have been very welcome.